Staatsoper Für Alle 2021: Bringing Us All Back Together Again with Opera Music 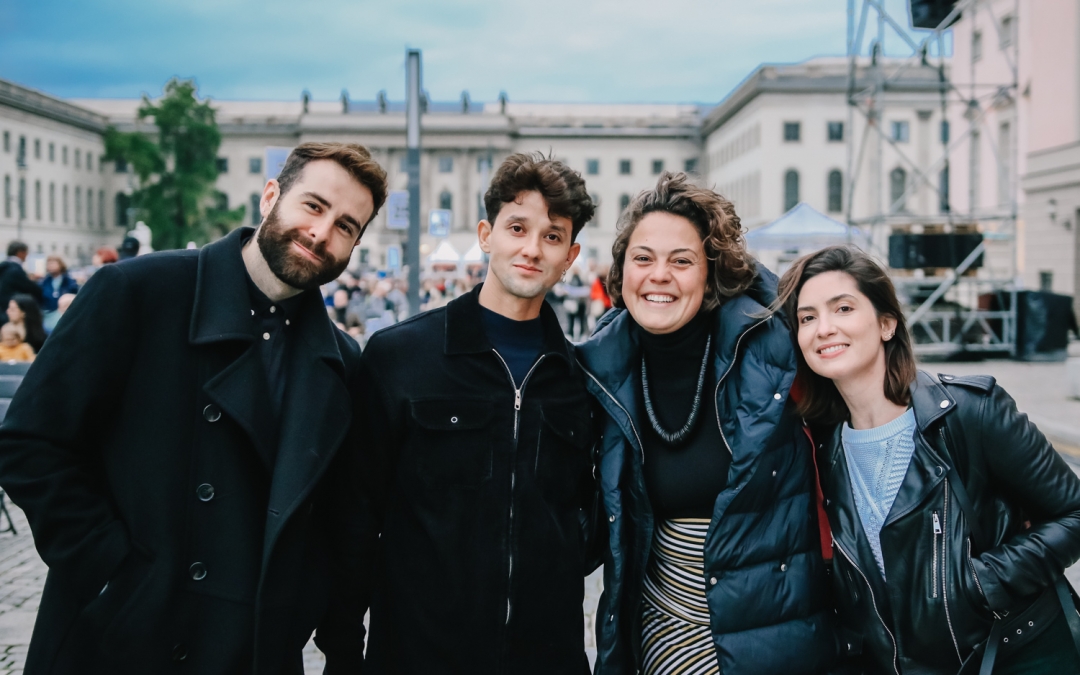 One the past weekend Berlin once again saw its big annual free open-air opera event Staatsoper für Alle hosted at Bebelplatz by the Staatsoper Unter den Linden. Due to the pandemic, last year’s edition was held rather small offering the medical personal of the city a chance to view the live screening of the season’s premiere. This year, the event was still not back to its usual capacity of 40.000 people, but at least a few thousand citizens were able to join the two-day event.

Those of you who follow us, know we have been working with the Staatsoper now for several years, hosting the picnics at the Staatsoper für Alle events and creating video content for their social media channels. We were happy that we could join again in the festivities this year, but of course with one sad eye because it wasn’t in the shape of our famous picnic.

But we had a different reason to celebrate, as we got the chance to see the new film we created for the 200 year anniversary of the Staatsoper choir on the big screen of the stage as part of the program. We were especially happy we had some of the video’s protagonists with us at the screening to clink our paper cups with some sparkling wine. That always beats the experience of just watching it online. Those of you who haven’t seen it, have a look at our article about it here. 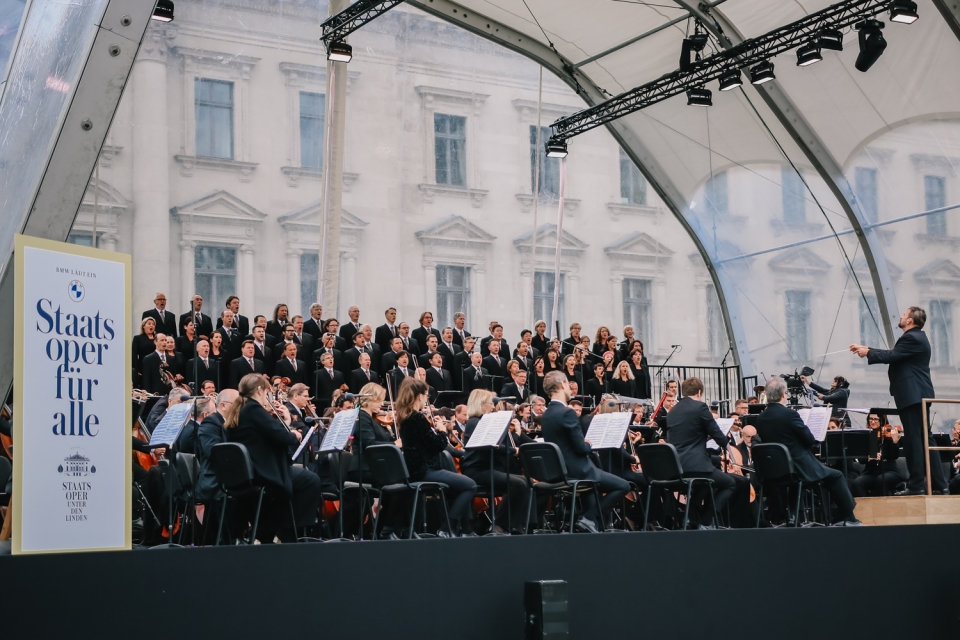 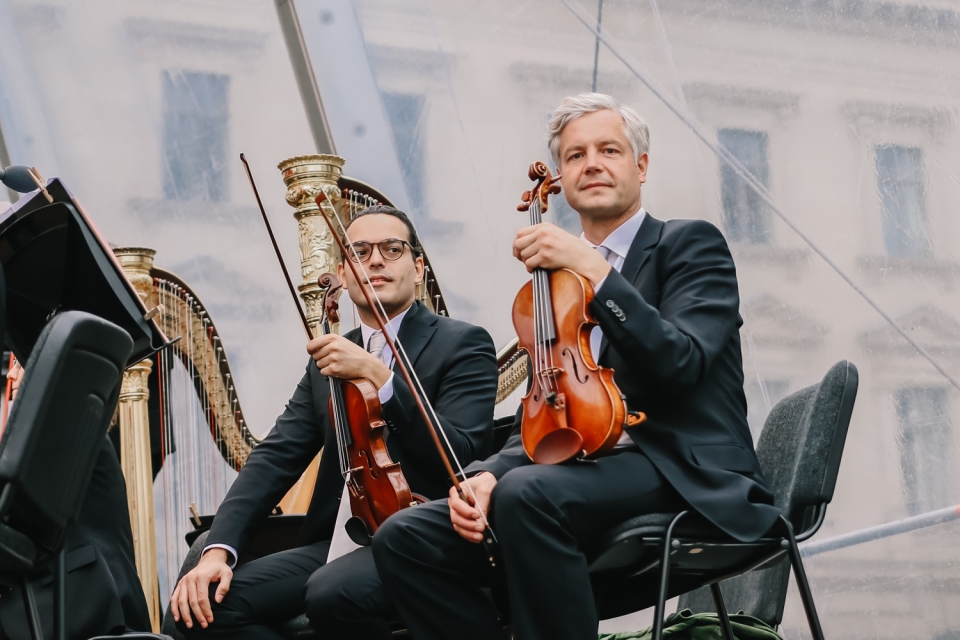 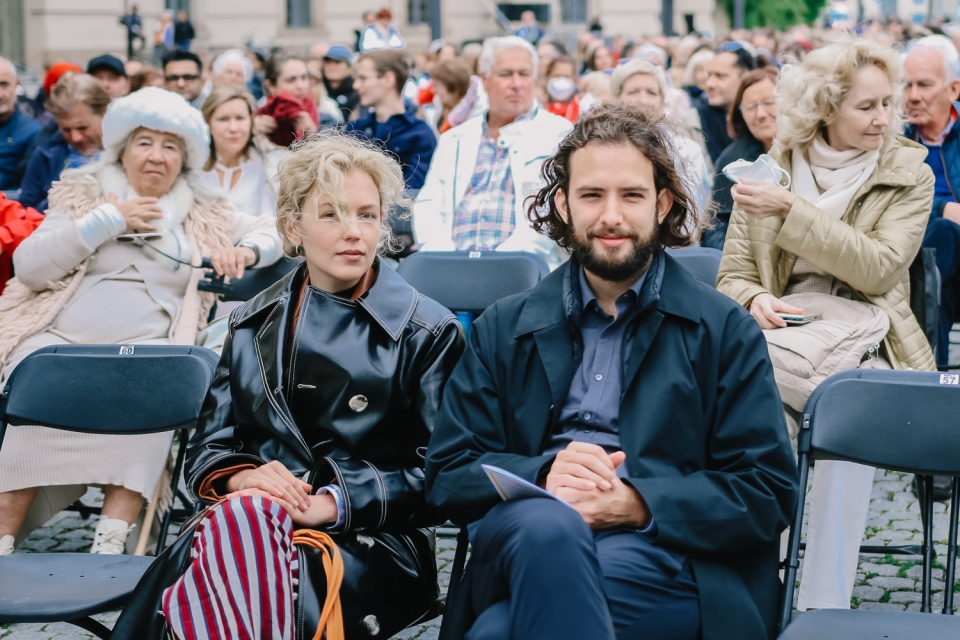 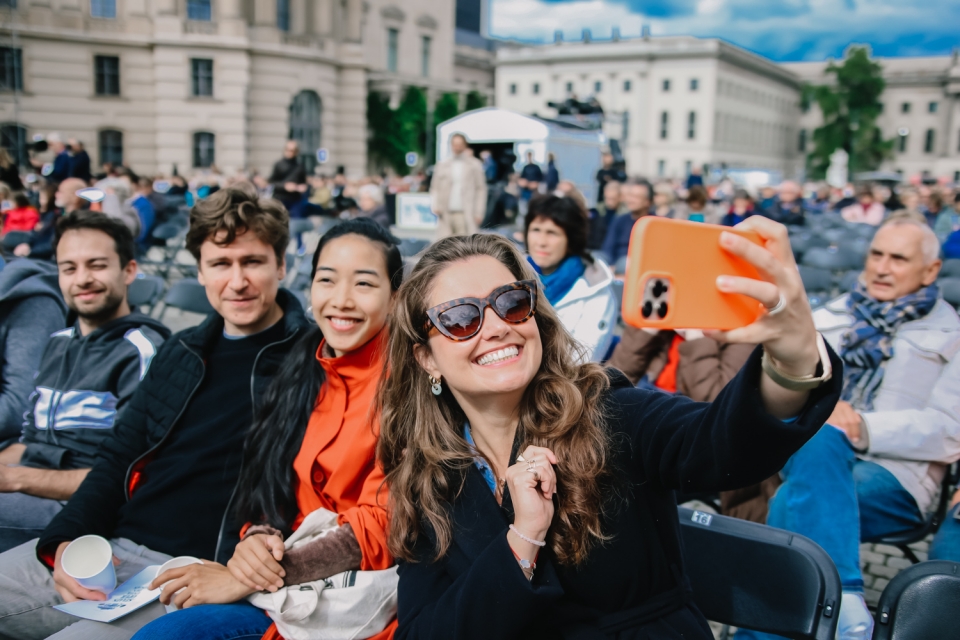 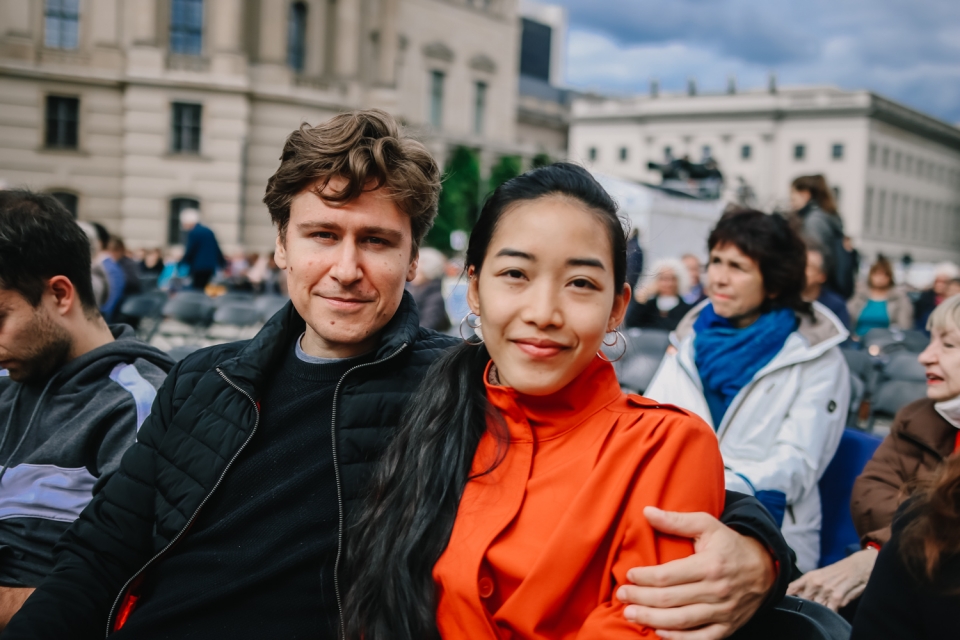 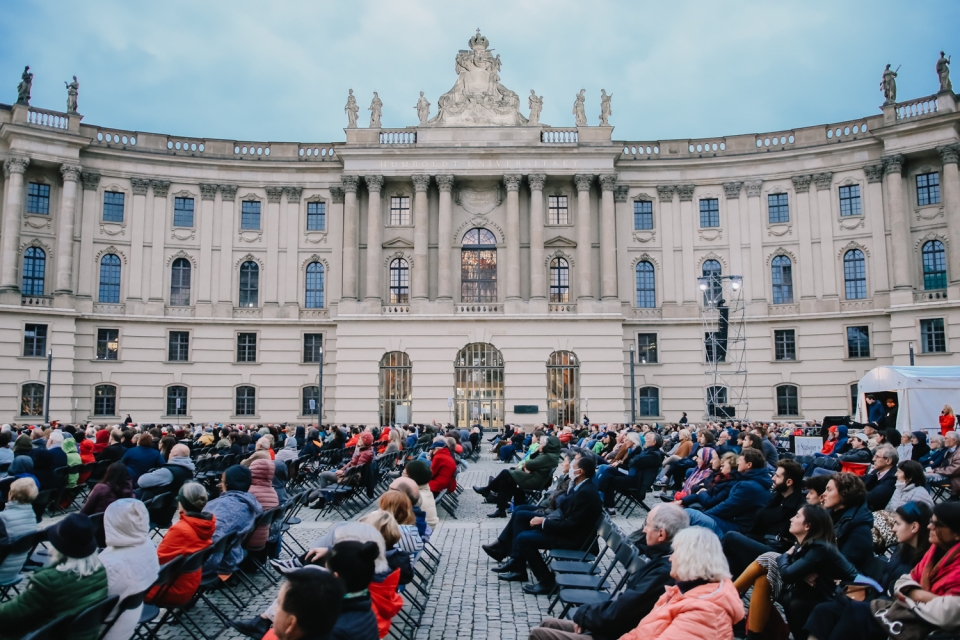 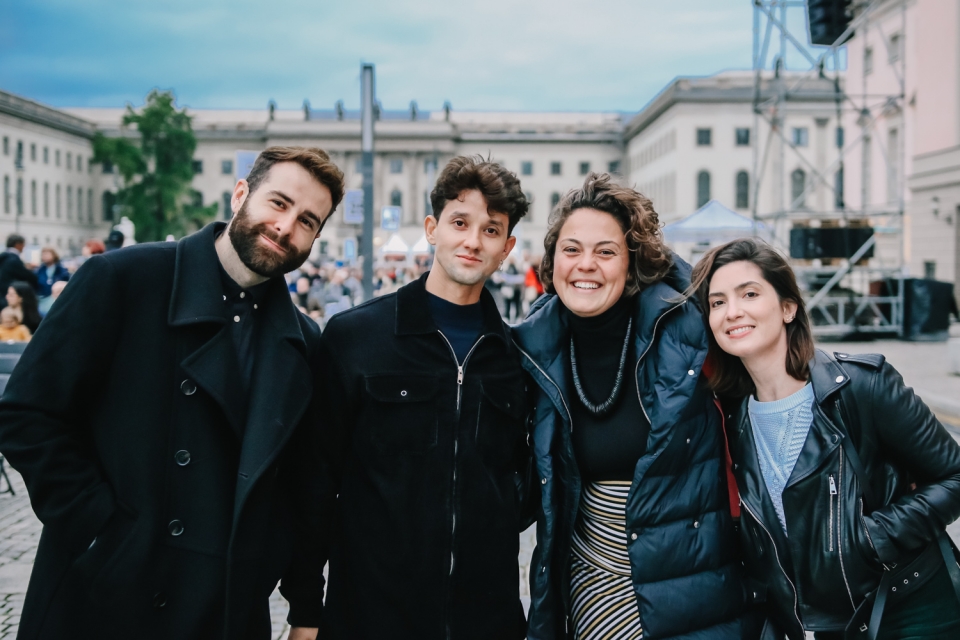 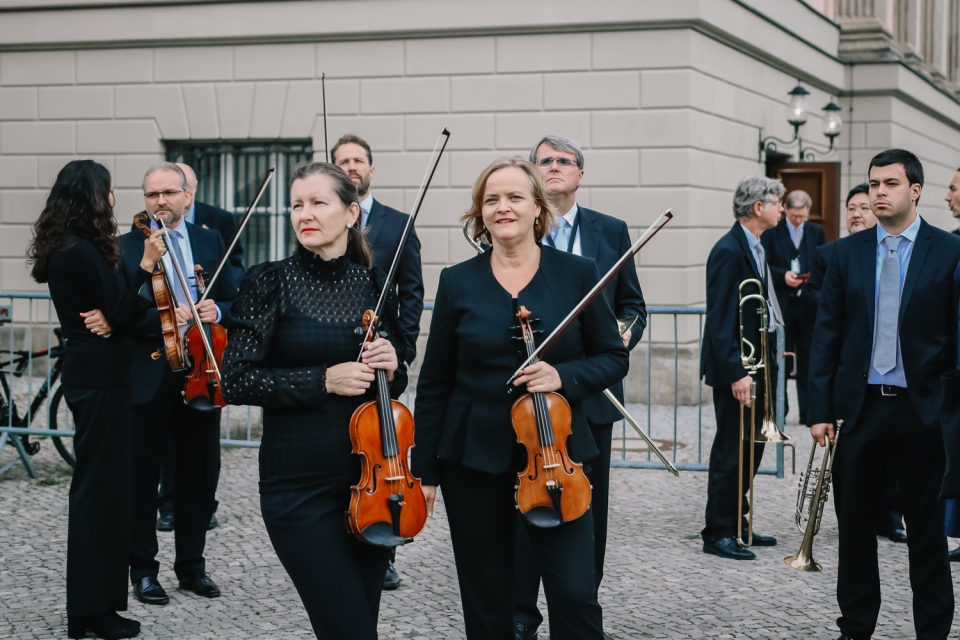 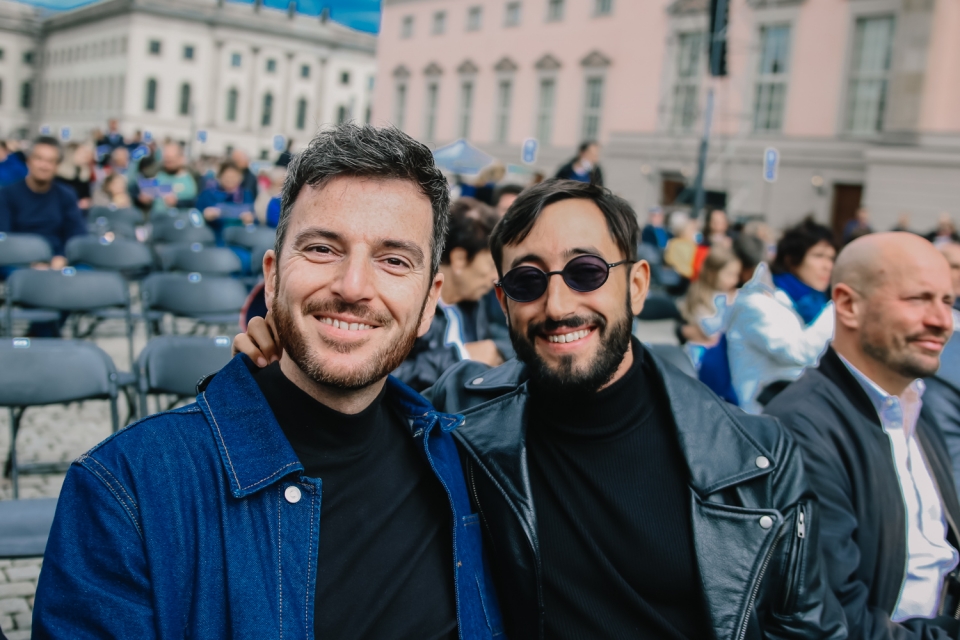 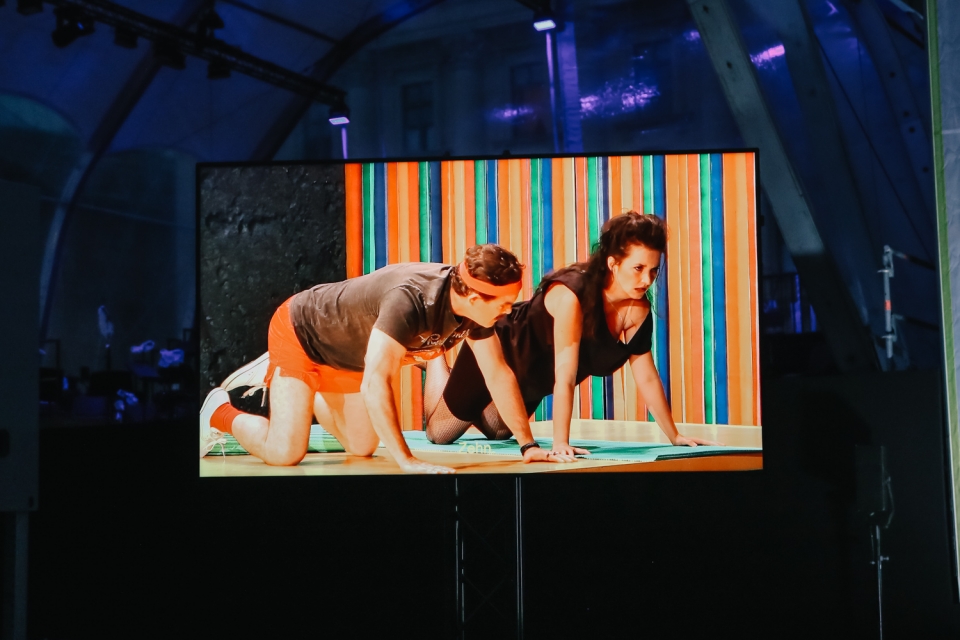 So, what happened this year at Staatsoper Für Alle? On Saturday evening, the premiere of the new production of the Mozart opera Le Nozze di Figaro took place inside the opera with the red carpet and celebrity audience included. At the same time, there was a huge arena of seats set up on the neighboring Bebelplatz offering 4000 audience members a chance to watch a live stream of the show.

On day 2 of the event, the spotlight was on the choir of the Staatsoper that celebrated their 200th anniversary. Quite the accomplishment, and hardly something that any ordinary music group could ever level up with, don’t you think? Sadly, none of the original choir members could make it, but all of the 80+ current members went to the stage for a beautiful set of pieces. It was nice to see some of the people we worked with on our new film perform live and I hope they had a blast performing in front of all these thousands of people live.

After their part, the iconic conductor Daniel Barenboim played with the orchestra of the Staatsoper a couple more pieces which was once again magnificent to witness. I’m so glad we have these kinds of opportunities here in Berlin to experience and share it with so many other people. I hope next year’s Staatsoper Für Alle event can get back to its original form – and of course, we hope this will include our lavish picnic.

For now, we would like to share some of our impressions of the Staatsoper Für Alle event of 2021 with you.

As always, Staatsoper Für Alle was made possible by BMW. #bmwoperanext 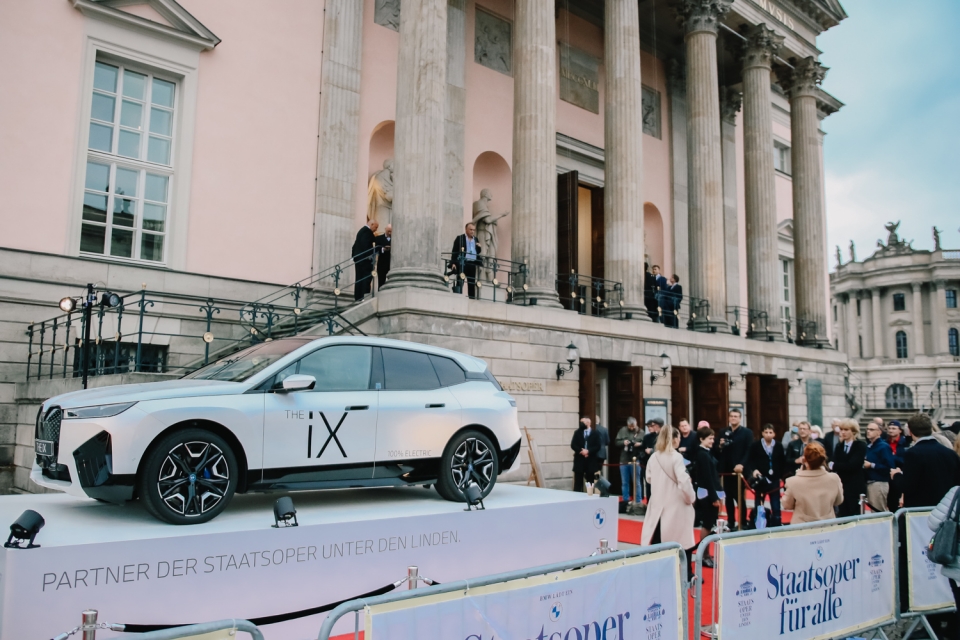 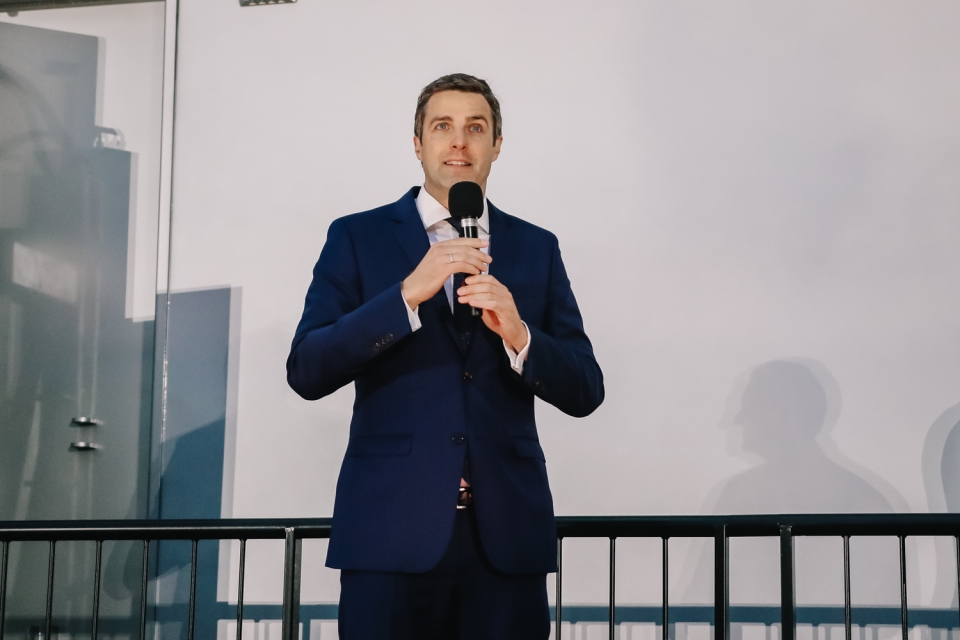 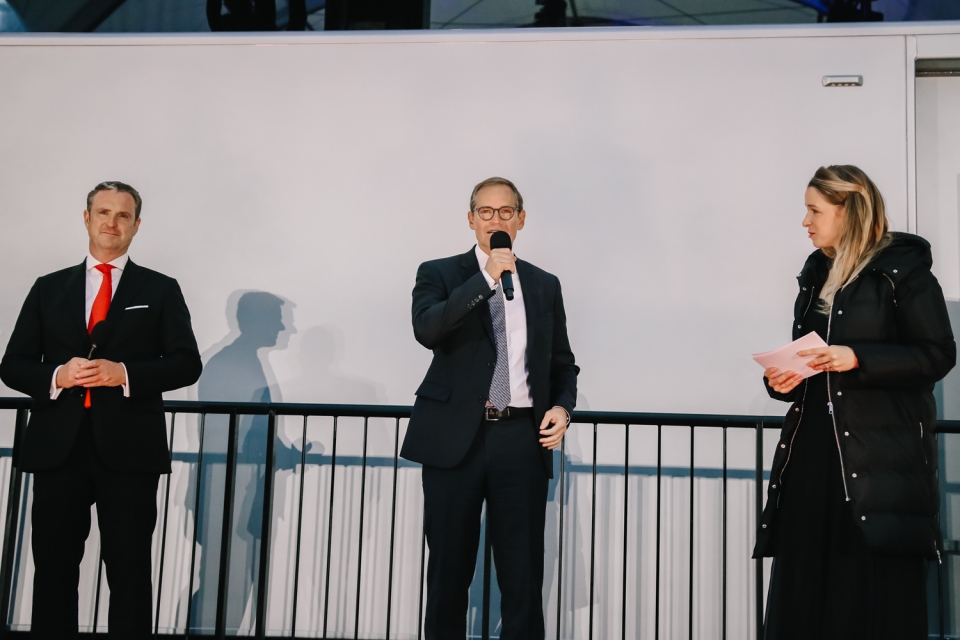 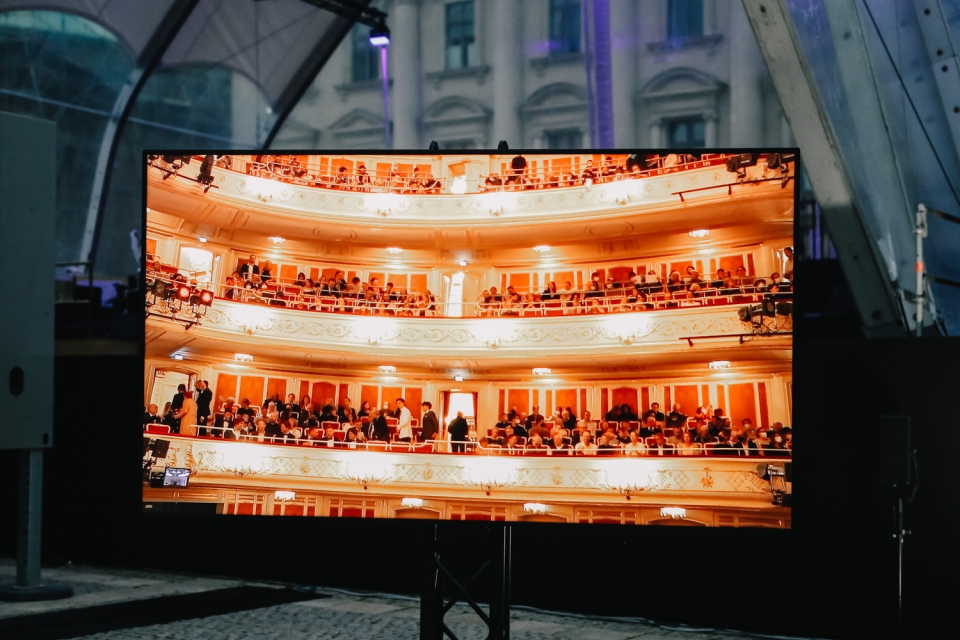 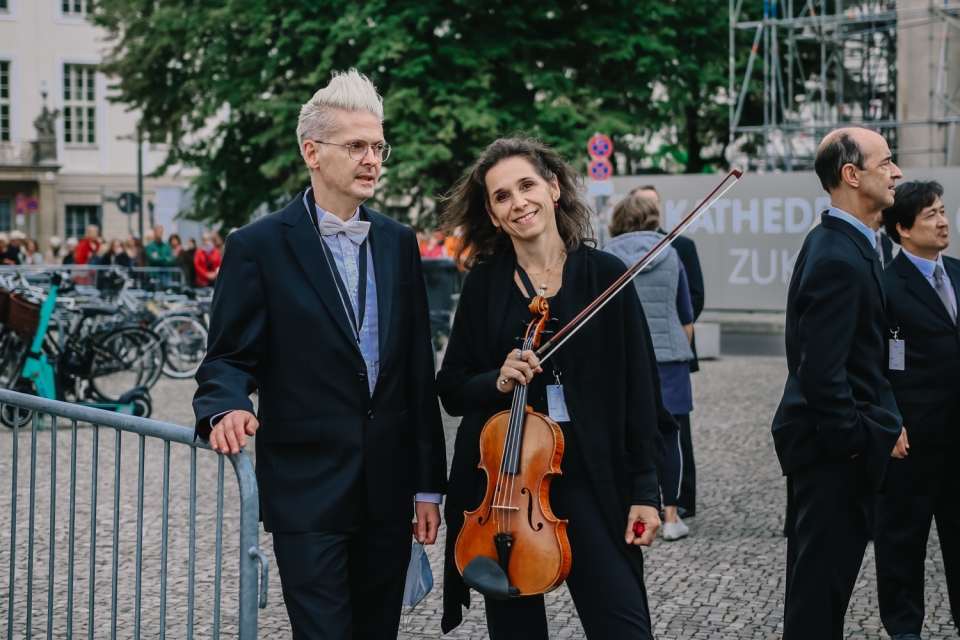 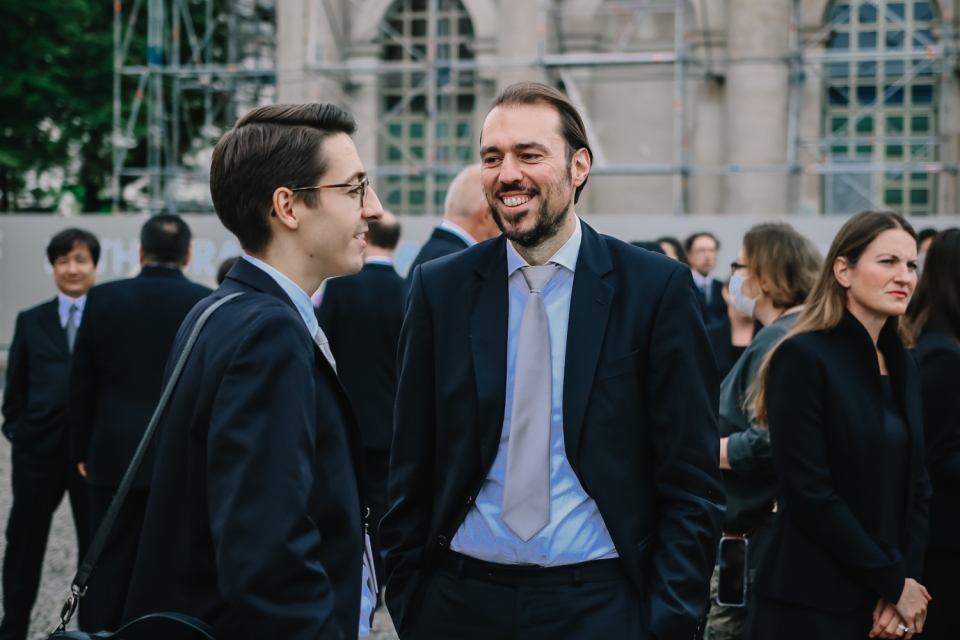 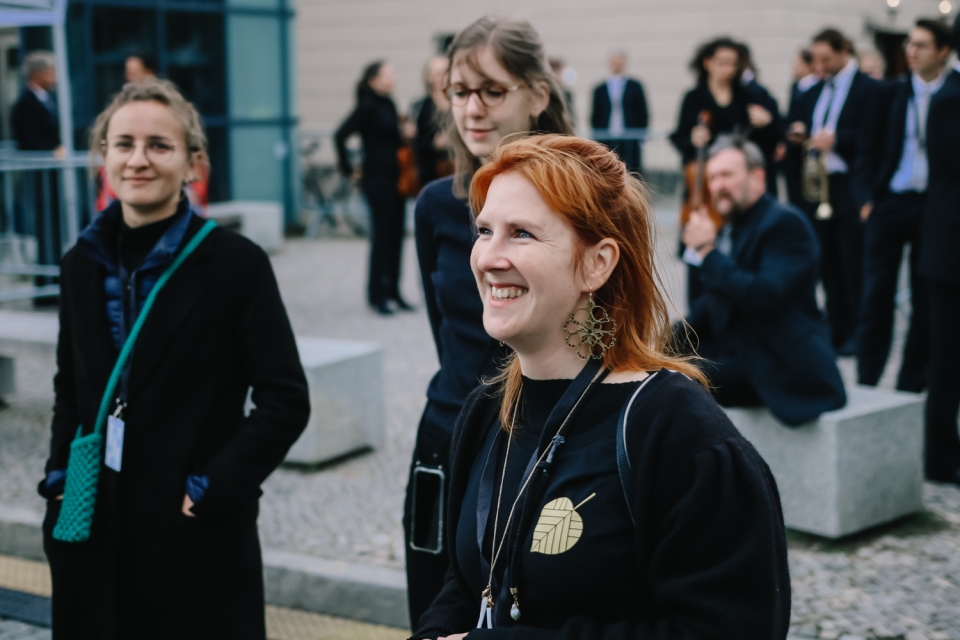 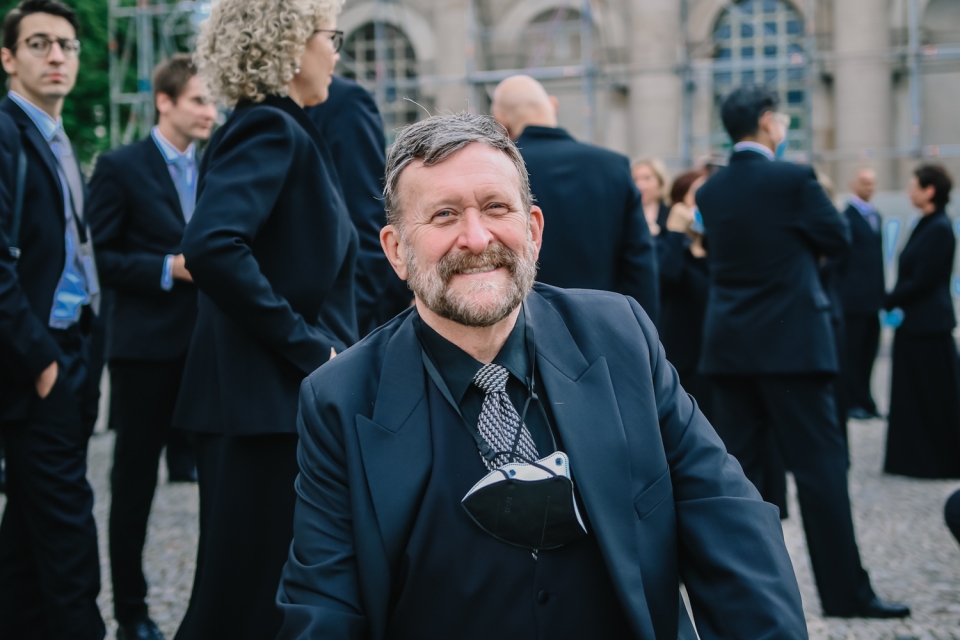 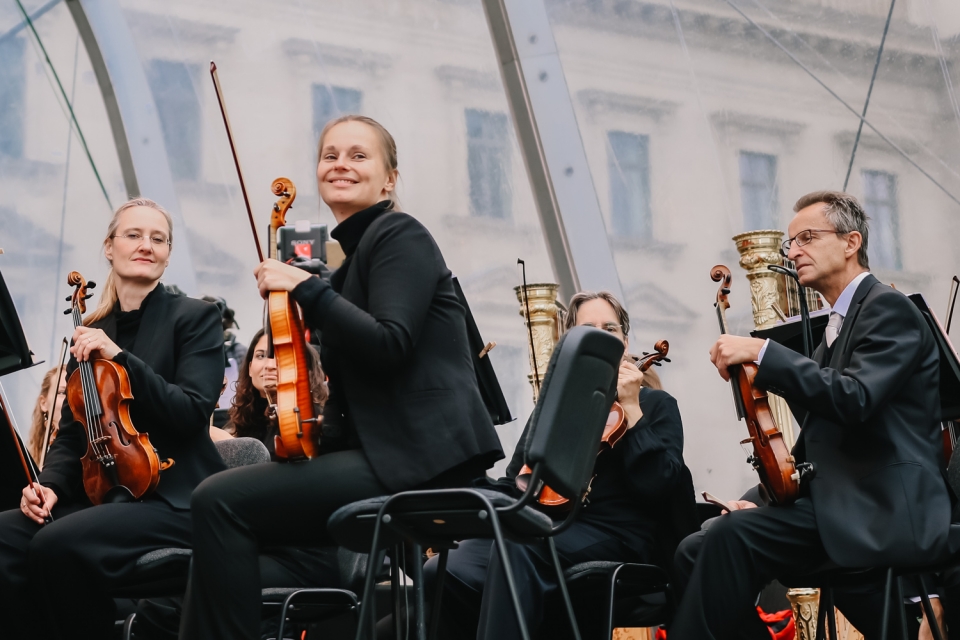 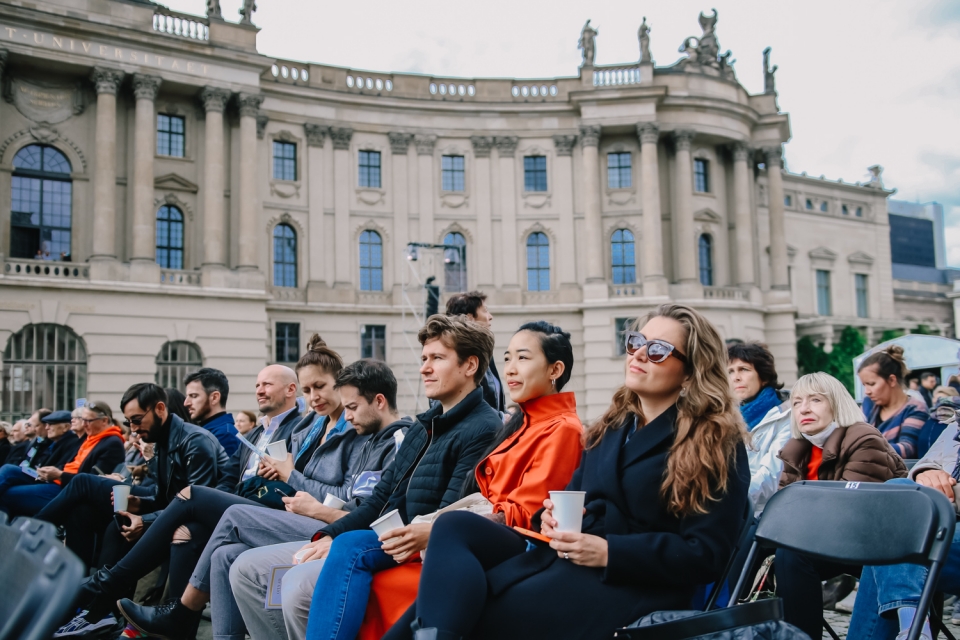 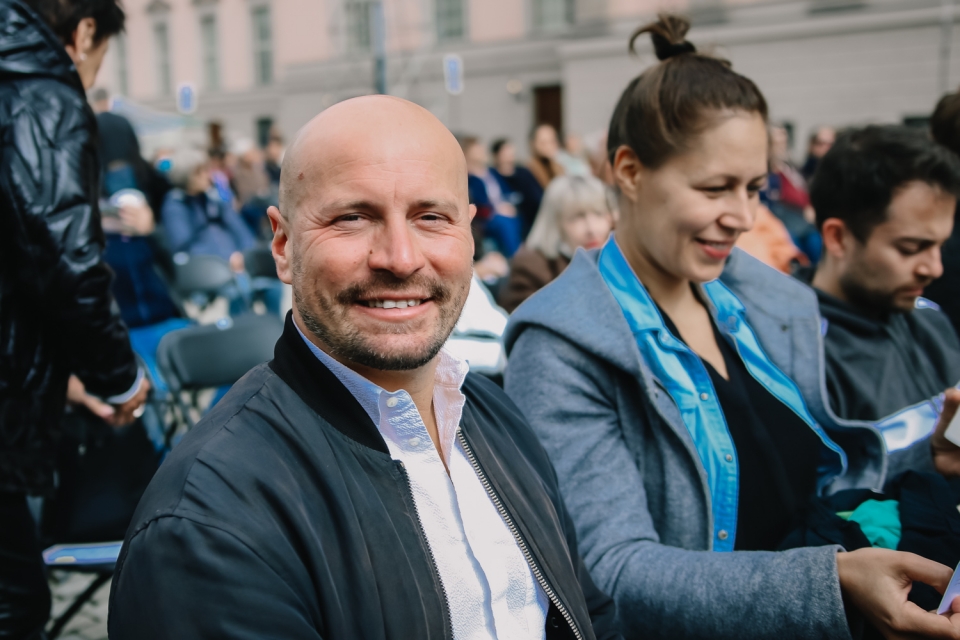 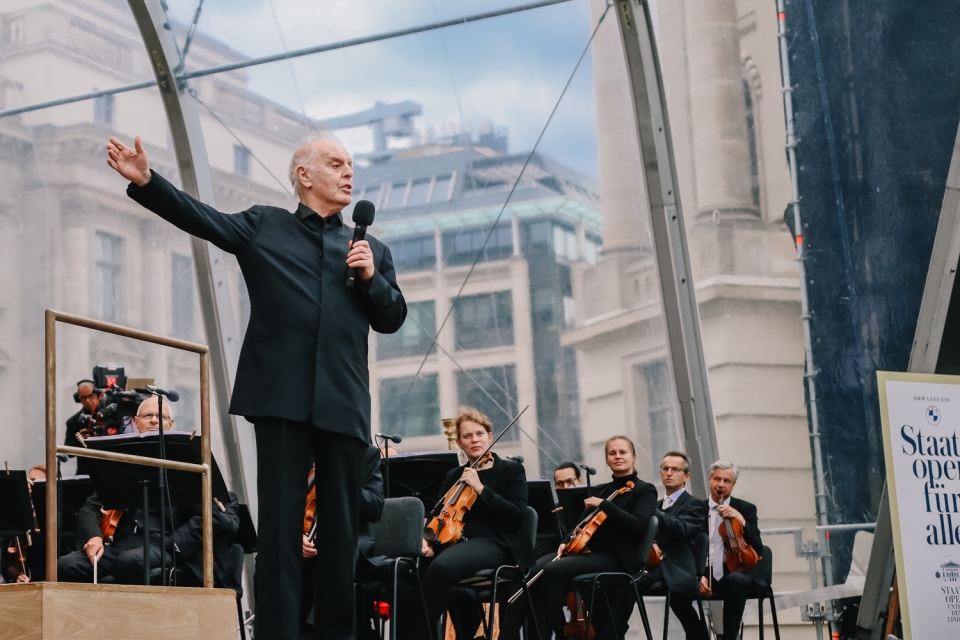 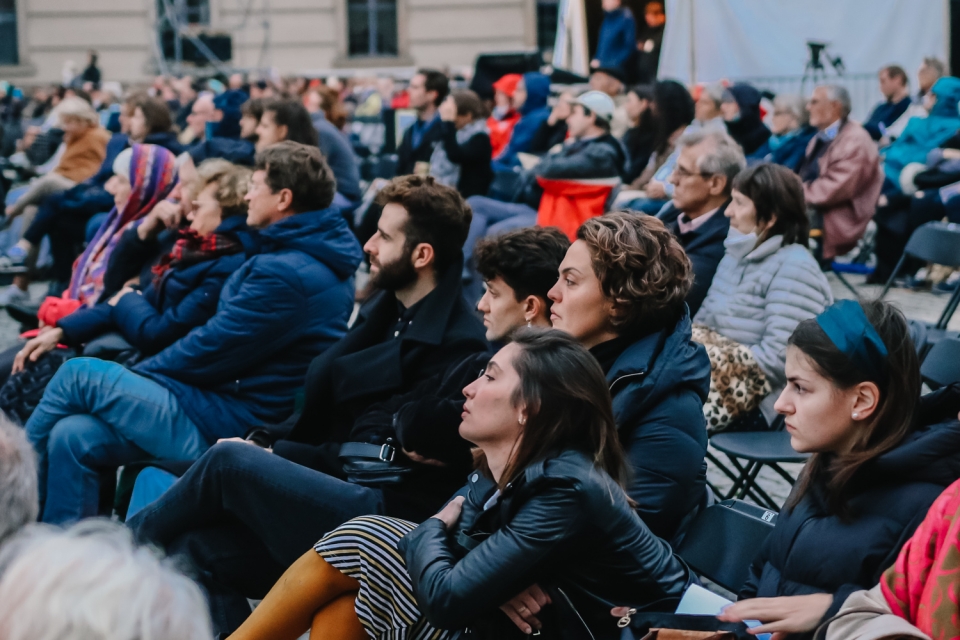 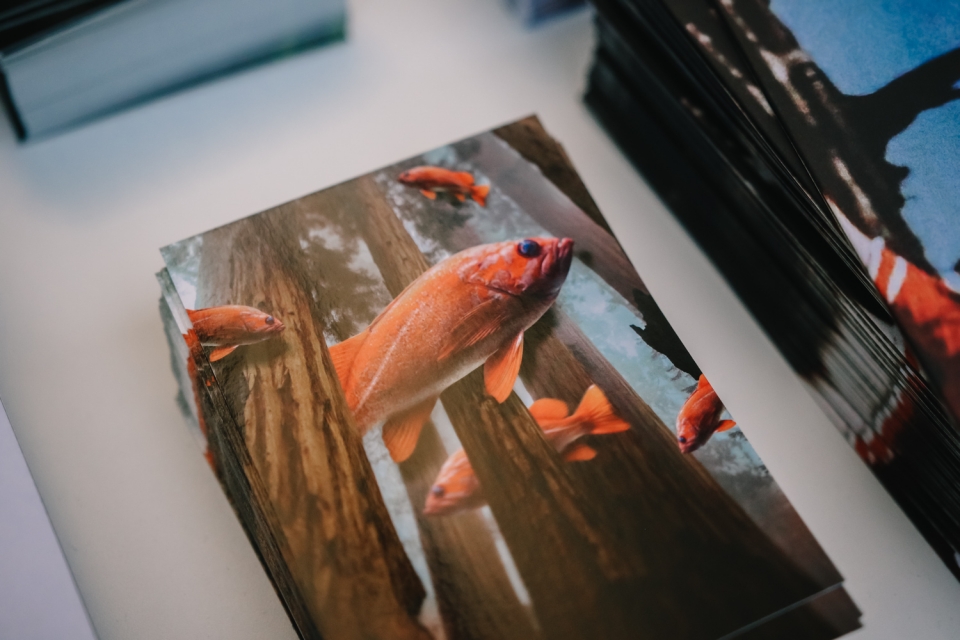