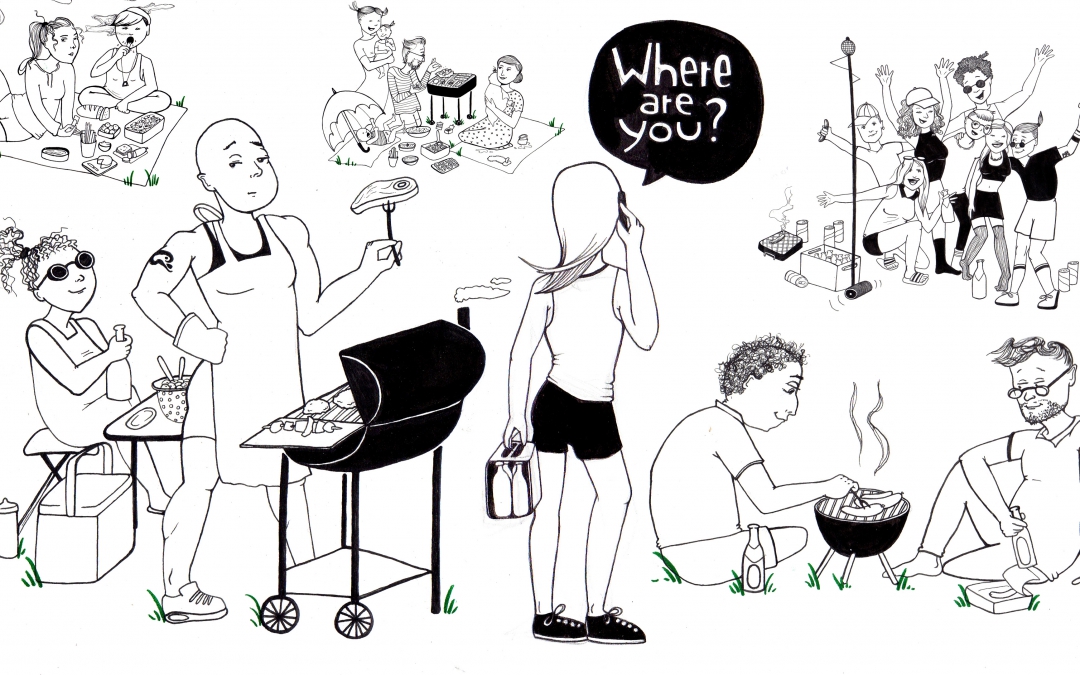 Barbecuing on Tempelhofer Feld seems to be an inherent part of the classic Berlin lifestyle. As with most things in this town, everyone has a different vision and approach to this particular activity. This often results in a quite interesting scene made up of the most diverse Berlin inhabitants who don’t seem to have much in common other than some (however fleeting) fondness for outdoor grilling.

For her new comic, illustrator Sophia Halamoda (who some of you might know from the Berghain comic) looked at the most popular types of folks at the barbecuing area of Tempelhofer Feld – which one can you relate to?

Although the sight of professional grilling equipment in a public BBQ area is a bit weird, one thing’s for sure: trying to have a gourmet experience while grilling on the Feld is an ambitious feat and therefore deserves some kind of recognition. 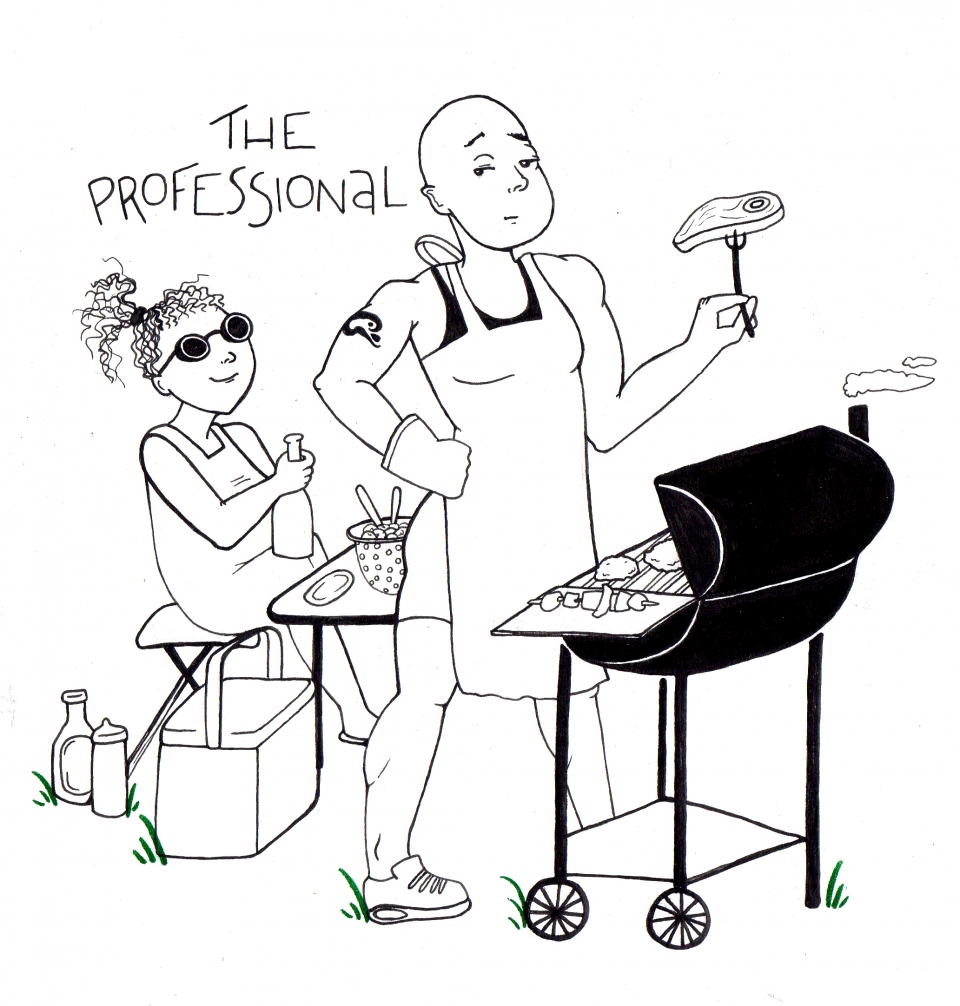 Probably not the community favorite, the one-way griller does not go the extra mile in preparation for the barbecue, but only gets to the nearest supermarket and leaves with one of the 5 Euro barbecue sets. Far from being the most eco-friendly option, to begin with, it can get worse when the users can’t be bothered to carry that hot mess to the nearest trash bin once they’re done. 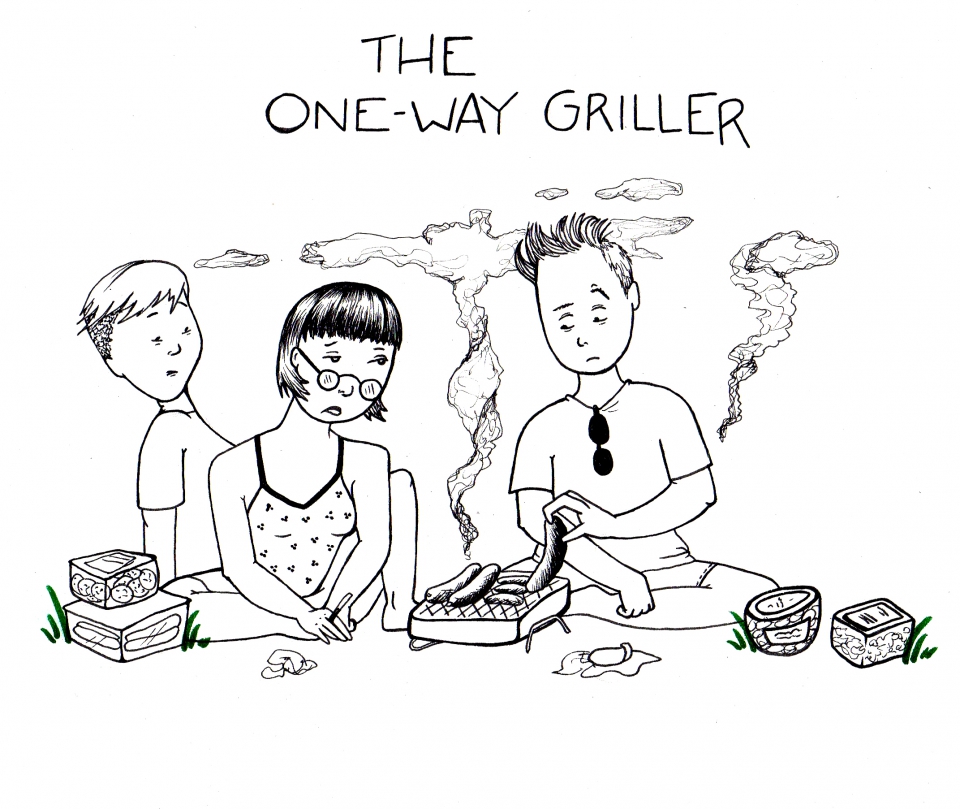 They’ve probably just got off the S-Bahn from Prenzlauer Berg (or at least carpooled). Well-armed with their functional picnic gear, vegan snacks in reusable containers, and some educational toys for the kids, they’re ready to bring in some environmentally conscious and responsibly fun vibes into the setting! 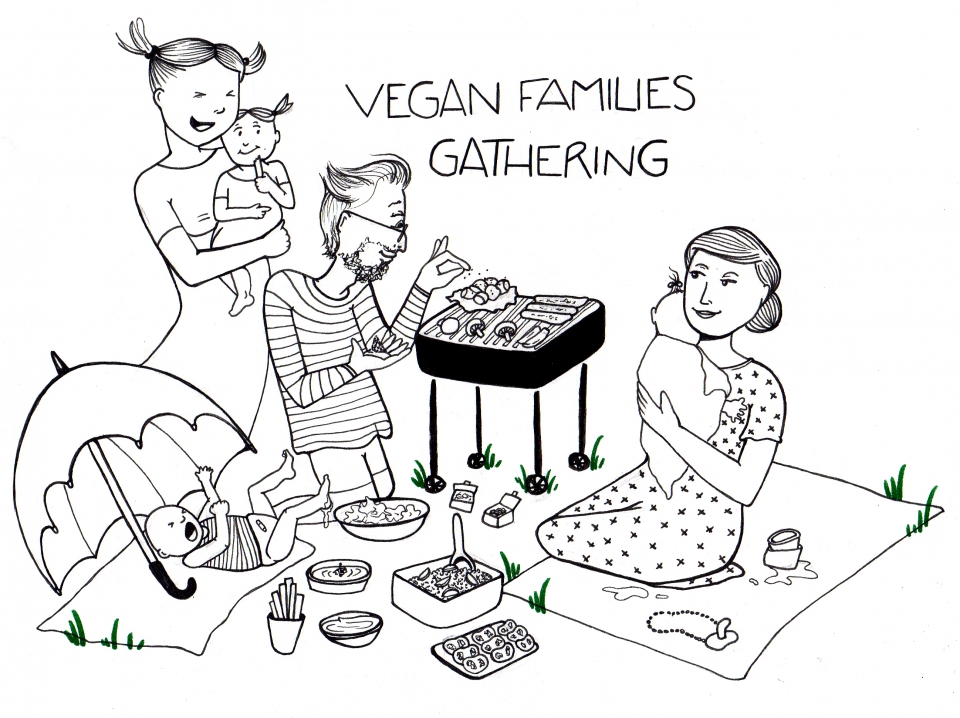 The Idiots Who Play Sports In The Grill Area

Personally, I get anxious quite easily at the sight of someone being reckless with a ball, but my pecularities, choosing to perform any sudden movement in close proximity to hot grills is most likely not a good idea. 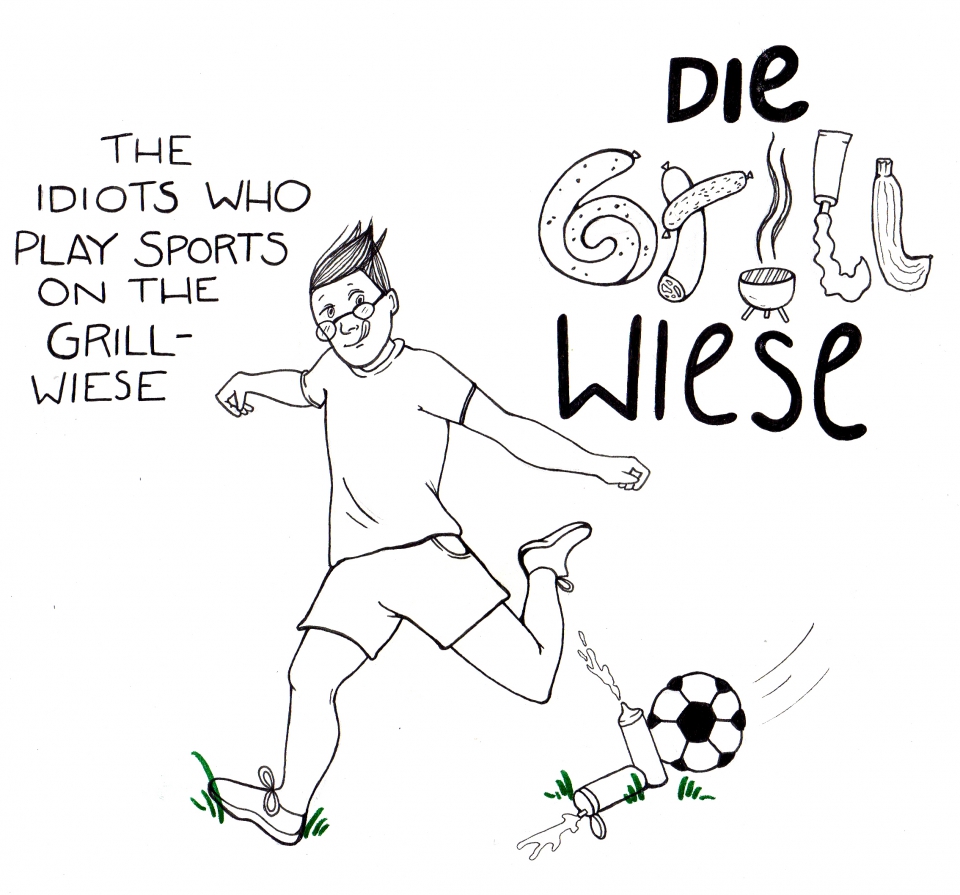 A real treat for the aficionados of the low-key creepy activity known as people-watching. These two may not draw much attention, but one look is enough for you to just know there’s something in the air – possibly an unspoken union of souls or a tinder date that seems to drag on because both seem to be too shy to make the move. 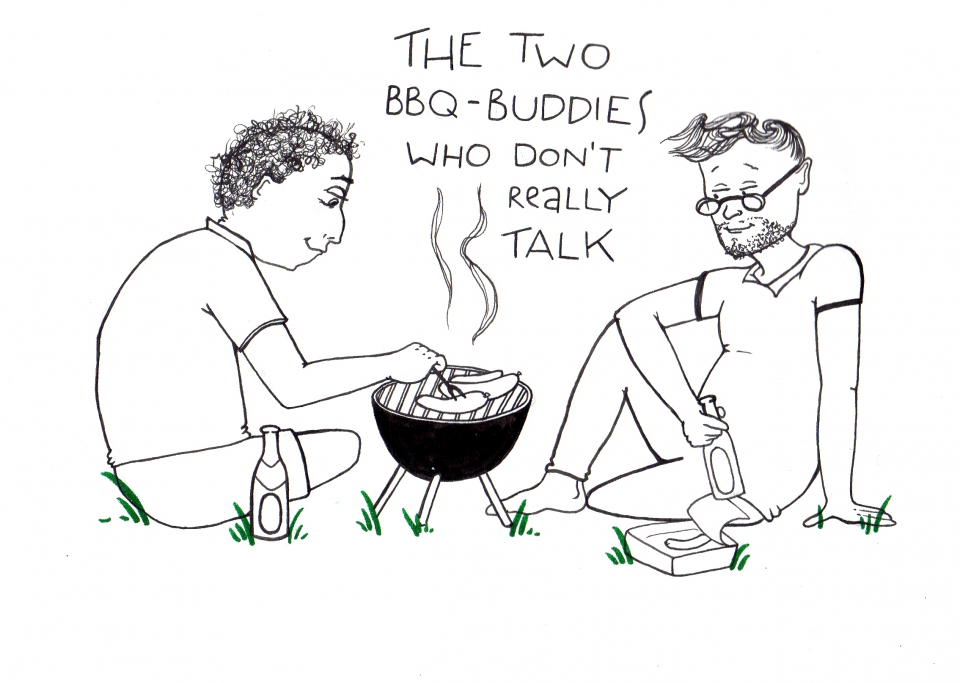 This barbecue is probably just one of the many items on their weekend schedule. Because of that busy agenda, some of them are already clad accordingly for clubbing, while others are still considering squeezing in a tattoo appointment before. Regardless of that, the new set of their DJ friend is blasting within a considerable radius of their picnic, but it might escape your notice once you get on the same cocktail of mate and Sekt. 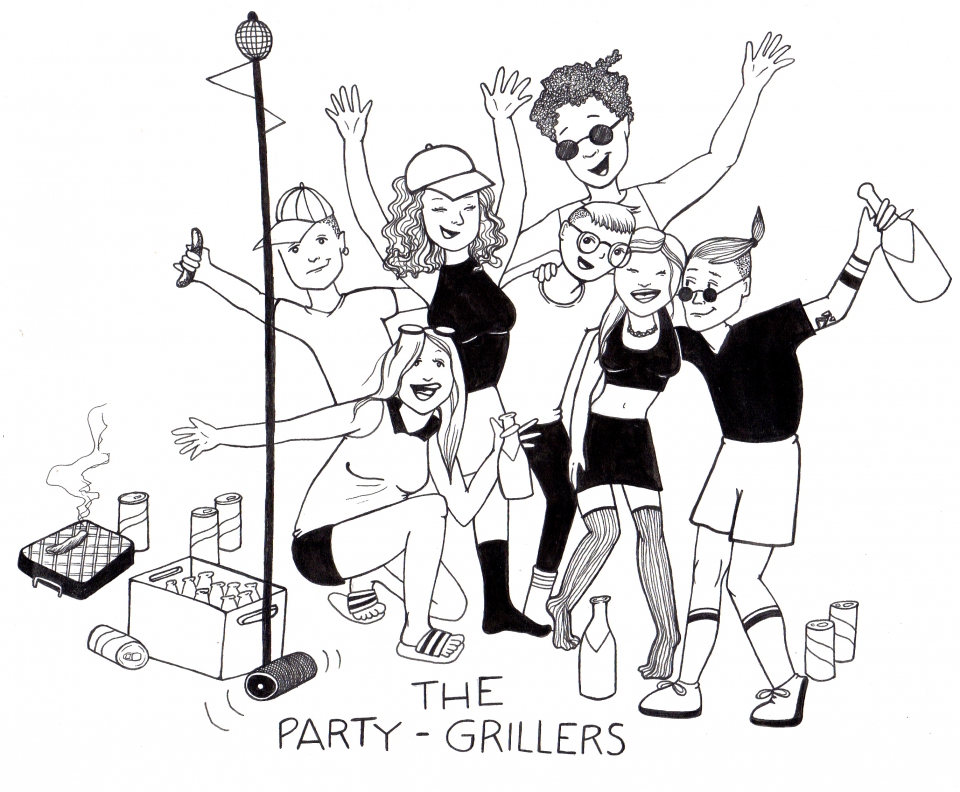 The definition of a family event. Multiple generations spending some quality time among diverse picnic paraphernalia. Other participants of the grilling experience on that day pass the Turkish BBQ with a considerable amount of sometimes poorly disguised jealousy, because, especially coupled with the smell of shisha, they’ve got a menu no other picnic can compete with! 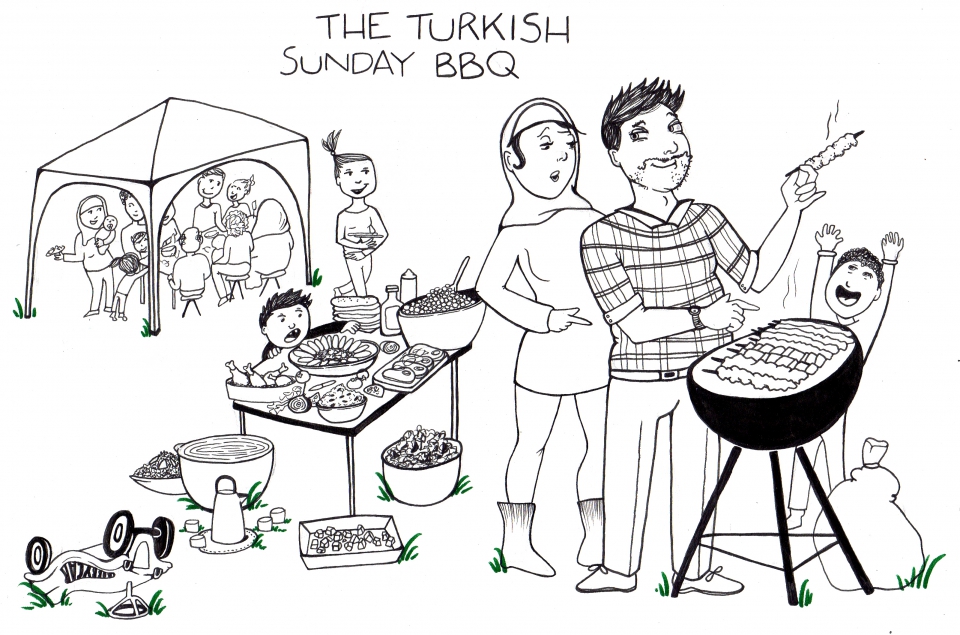