The Abandoned Spreepark Will Be Open to the Public this Weekend 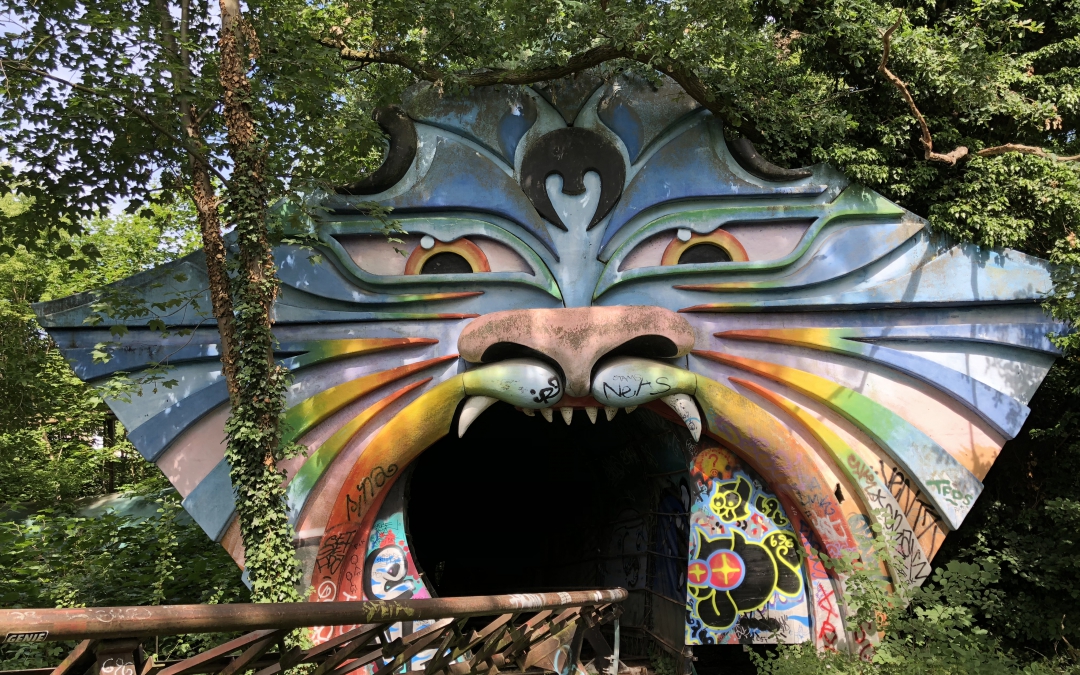 Berlin, are you ready for the Spreepark to finally (legally…) open its gates again?! You probably heard some stories of this abandoned amusement park in the Southeast of Berlin, but we got the real crazy sauce for you. So, why was it abandoned and how come no-one ever tore it down? And how can you get in there to see some of the crazy old rides of the park? Let’s start from the beginning.

The Spreepark Berlin was an amusement park in the north of the Plänterwald in Berlins Treptow-Köpenick district. It was opened in 1969 under the name “Kulturpark Plänterwald” and was the only leisure park in the DDR. After the German reunification, the park was kept alive by the Senate and the Spreepark Gmbh. Together with the former director of the Spreepark, Norbert Witte, they initially set the goal to modernize the park in order to attract more visitors. Witte himself was a well-known and experienced funfair showman who, in his most successful times, managed to attract 1.5 million yearly visitors to the fair.

After the city cut Spreeparks parking short, the number of visitors went down dramatically. In what can only be called a panic move, Witte took some of its best rides and left Germany to start a new amusement park in Peru. As a result, he left behind the dying Spreepark and 15 million euros of debt. Shortly after this, his second project in Peru – Luna Park – also failed.

In order to save himself from financial ruin, he agreed to smuggle 167kg of cocaine inside of his “Flying Carpet” ride from Peru to Norway. The hiding place was so smart, that it could have worked out, had it not been for an accomplice, who gave him away. In the end, Witte was already in Berlin when the Peruvian police found the hidden drugs. Instead of him, they put his son in jail for 13 years, who was at the harbor, the day the border control checked the ride. So, how crazy and simultaneously sad is the true story behind the abandoned Spreepark? 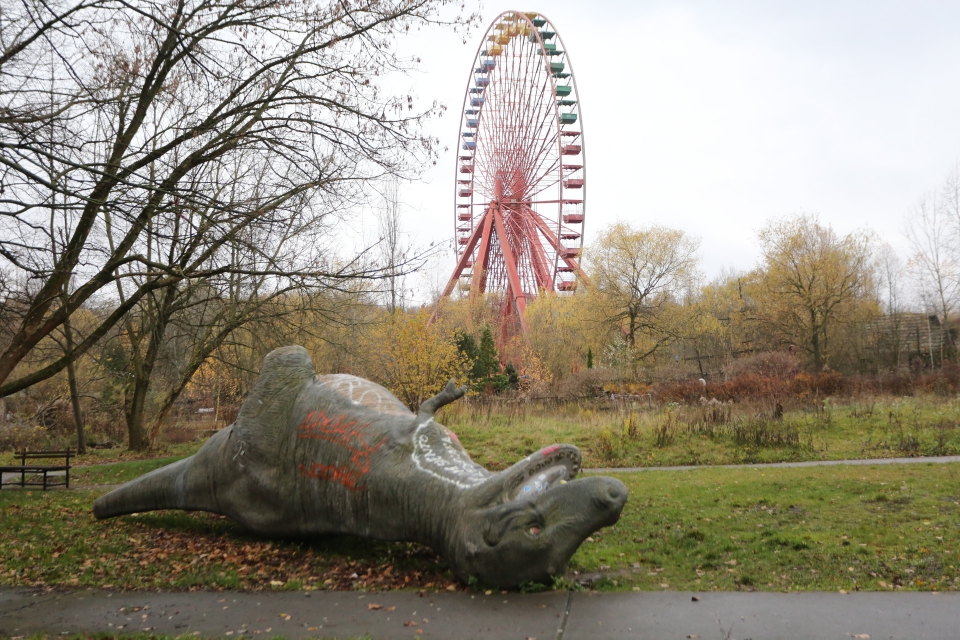 After Witte had left the park in Berlin in January 2002, the Senate decided to close the Spreepark. From that year on, the Spreepark developed into this eerily charming and abandoned amusement park, that it’s known for today. But keeping the park up – in addition to the security on the premises keeping curious tourists out – piled up to a whopping 1 million Euro each year. Something about this had to change.

Again, the ongoing business beneath the layer of this lost place wasn’t as calm, as the parks quiet aura suggested – although less scandalous. Between 2002 and 2015, many companies tried to acquire the park and establish their own concepts, until eventually, Berlin bought it back. 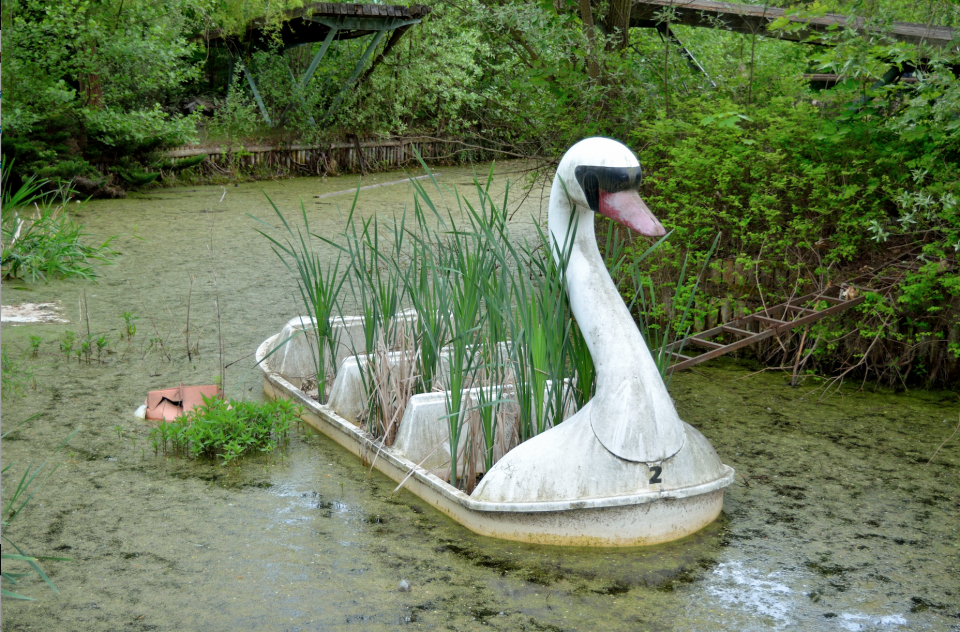 So since 2016, the Grün Berlin GmbH is in charge of the area and making constant improvements and changes in order to reopen it! Some parts will already be made accessible to the public this year! Some of the old attractions will remain as decoration as their concept is to keep it’s charming, vintage spirit alive (that it is known for today). 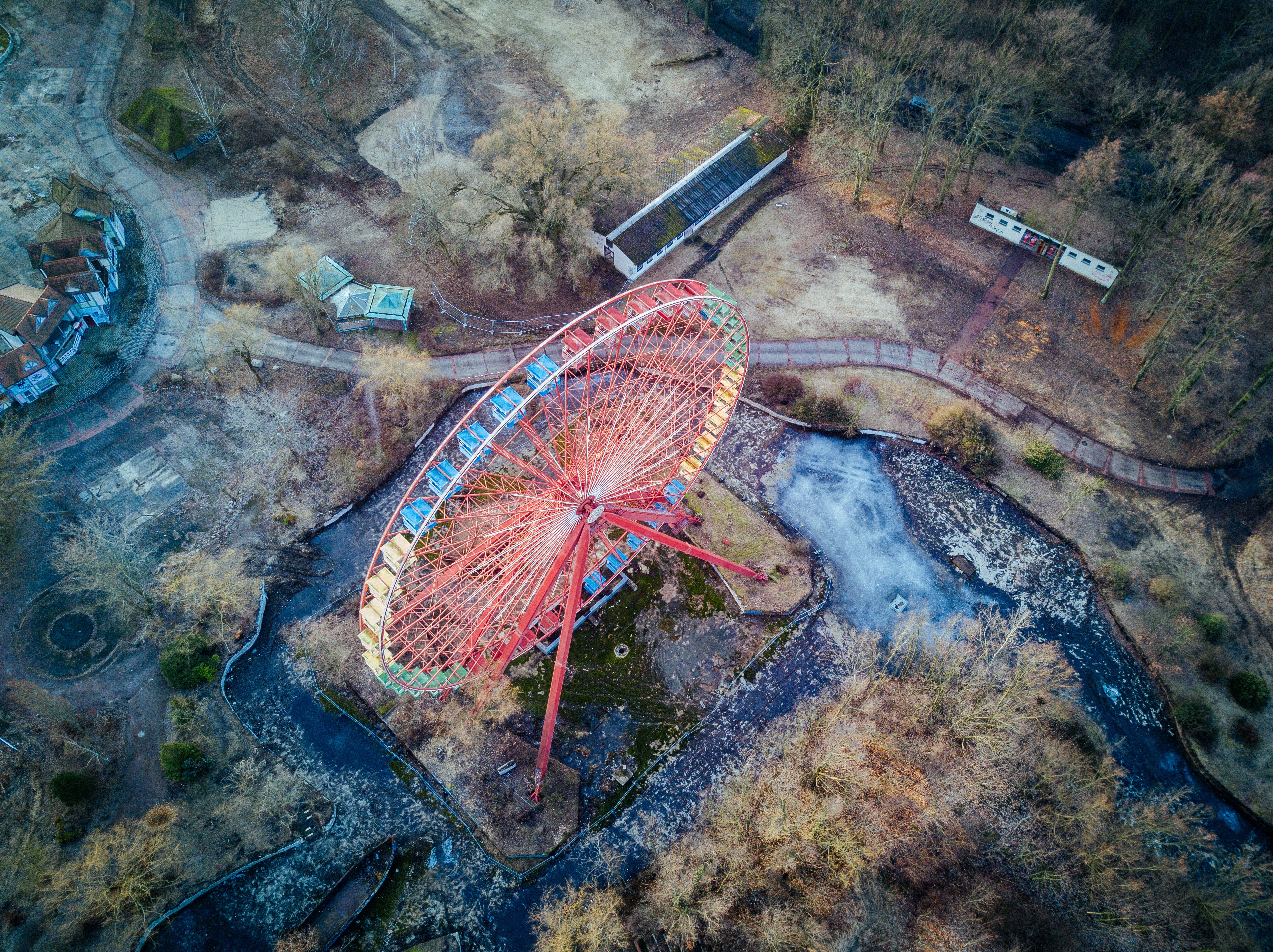 The big wheel is the only attraction that will be refurbished and brought back to life! Many new rides, restaurants and a big Biergarten will spice up the old Spreepark, in order to – once again – add a permanent and fun amusement park to our city. Perfectly in time for its 50 year anniversary in 2019, Spreepark will open its gates again. More persistent and less scandalous – that we are sure of.

In the meantime, there are guided tours that you can book to see the park in its current form for as little as 5 EUR every Saturday, Sunday and Holiday at 11h, 13h and 15h starting from March 30th, 2019 (though as these tours book up quite fast the earliest we saw that are still available are in May, so you better book fast). 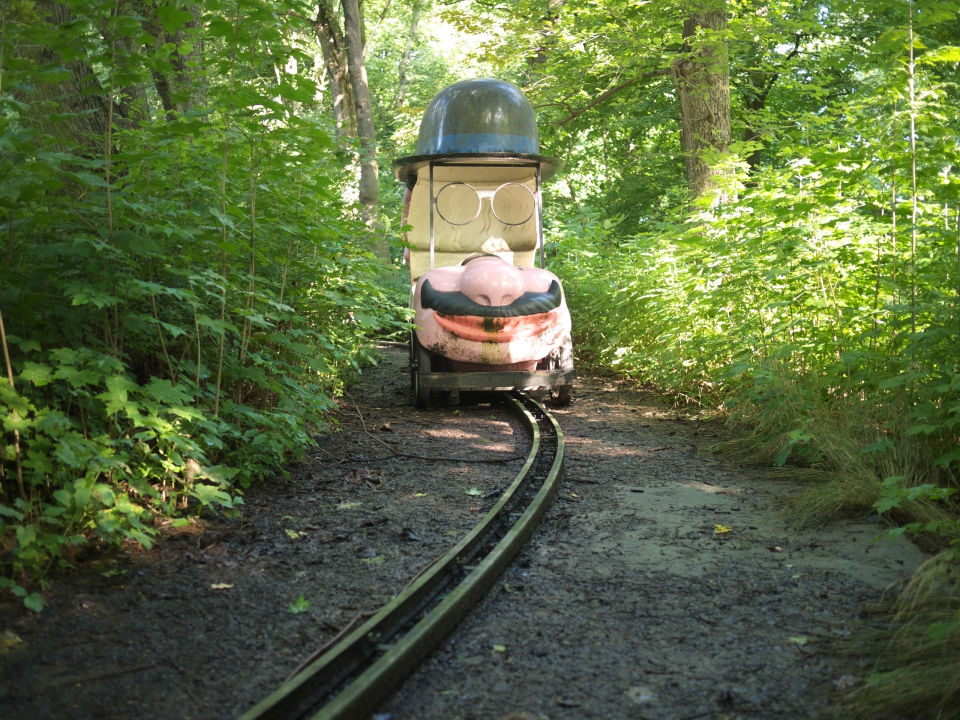