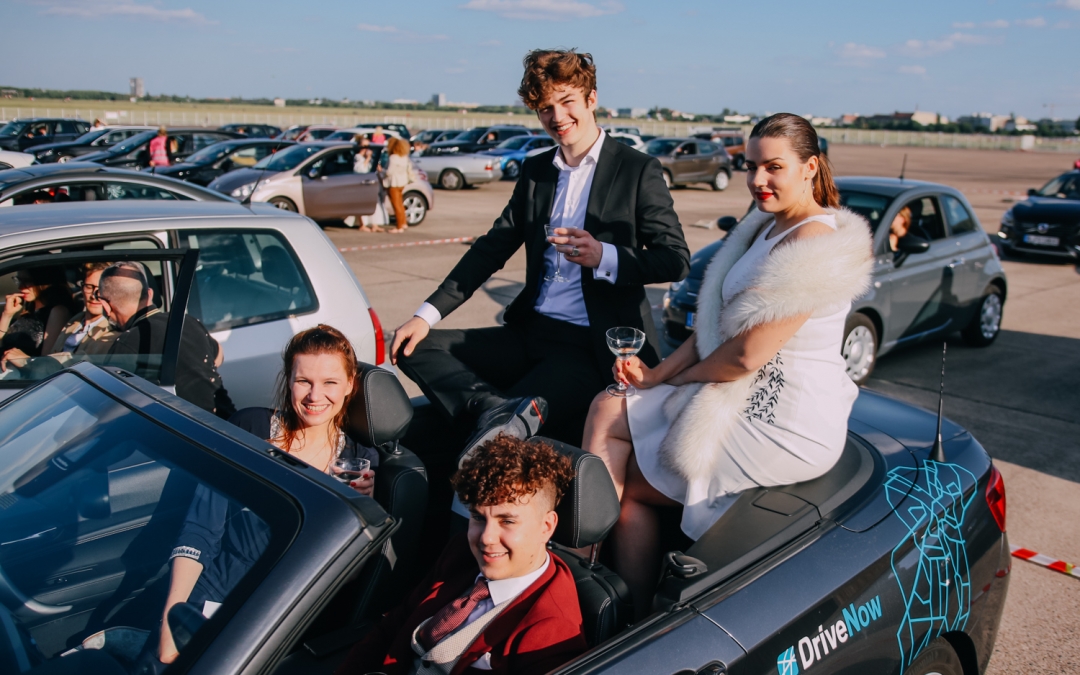 If there is one thing we have all learned in the last year it is that many things we were used to had to be completely rethought and reinvented. This rings especially true for the culture and arts scene that was completely shut down for so long with very few alternatives.

The operas and theatres had some of the most invasive restrictions during the few months they were allowed to open reducing audience capacities and cutting the seasons short. So they were very few opportunities to see anything on stage, only a few people got lucky with tickets and that’s still a reality today. 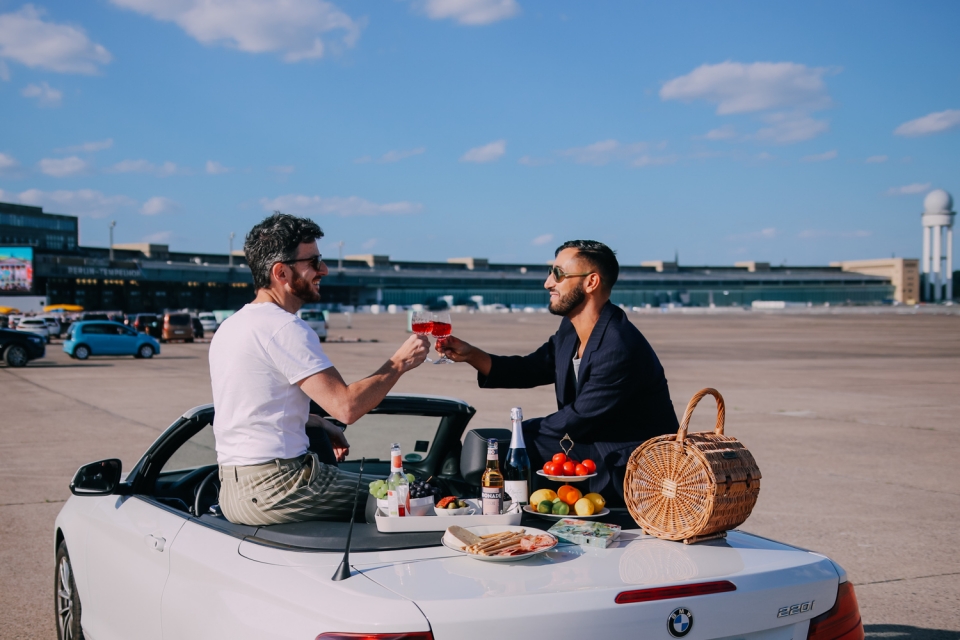 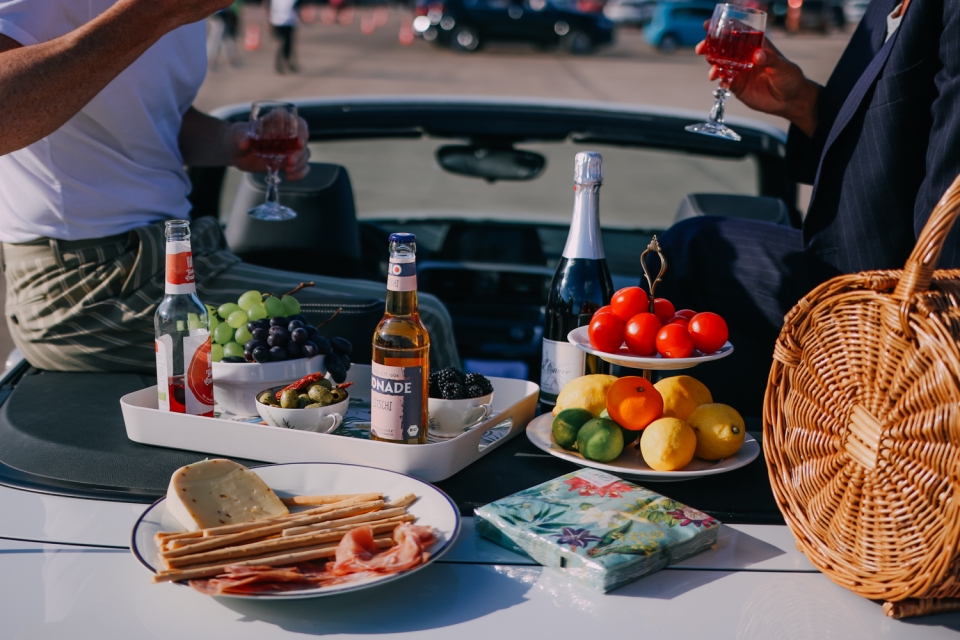 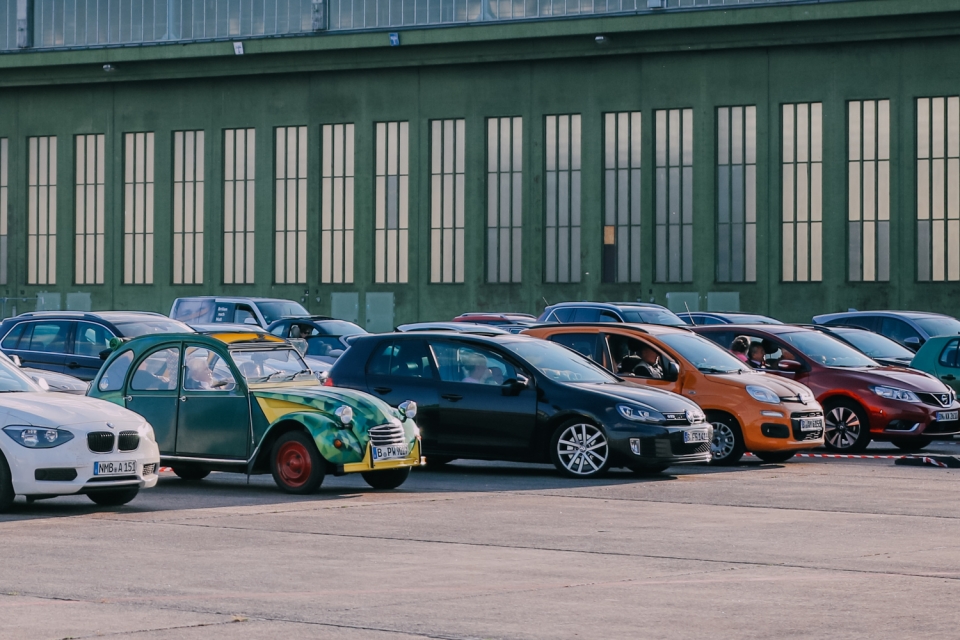 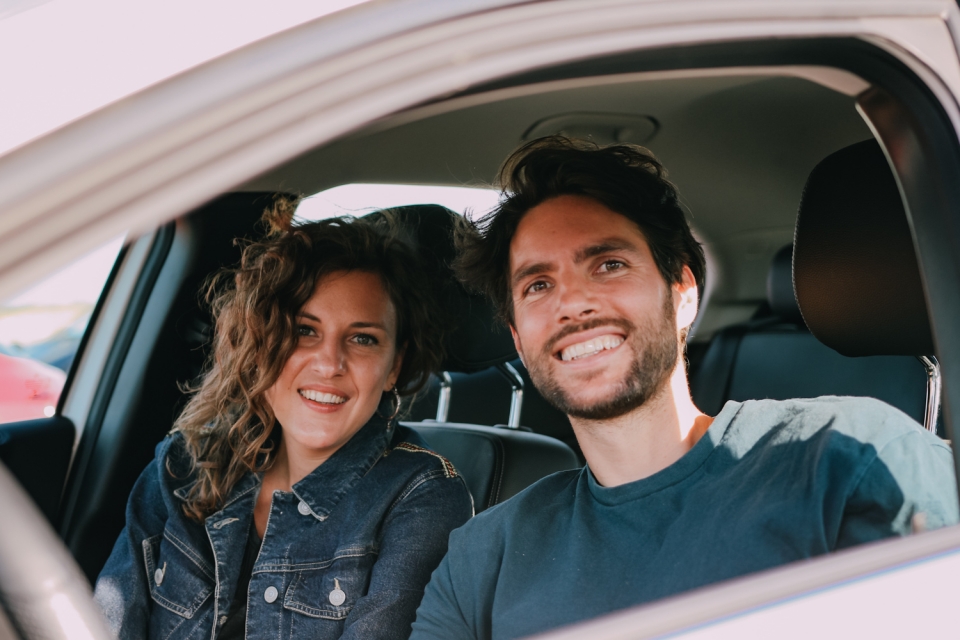 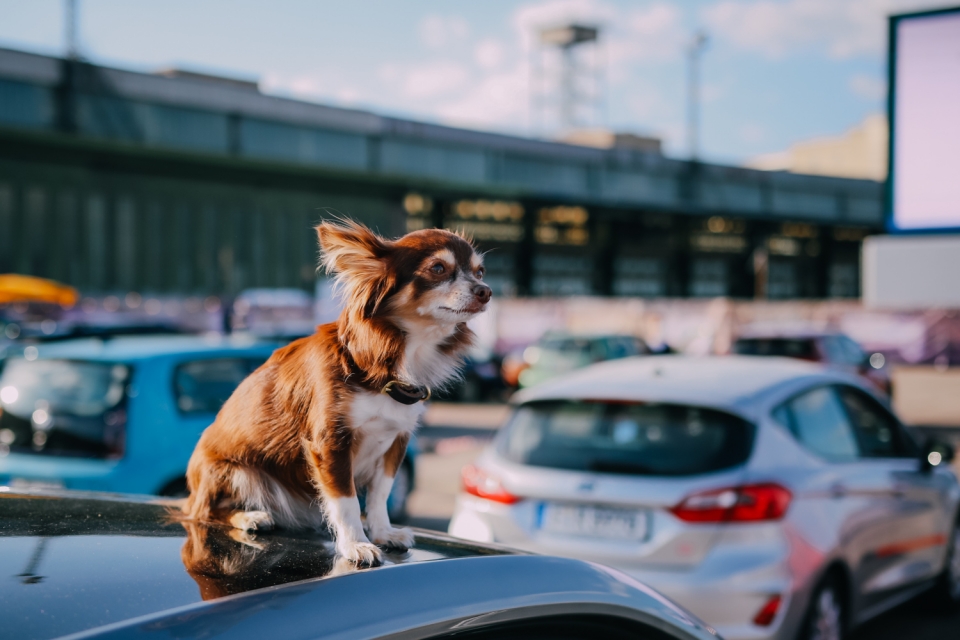 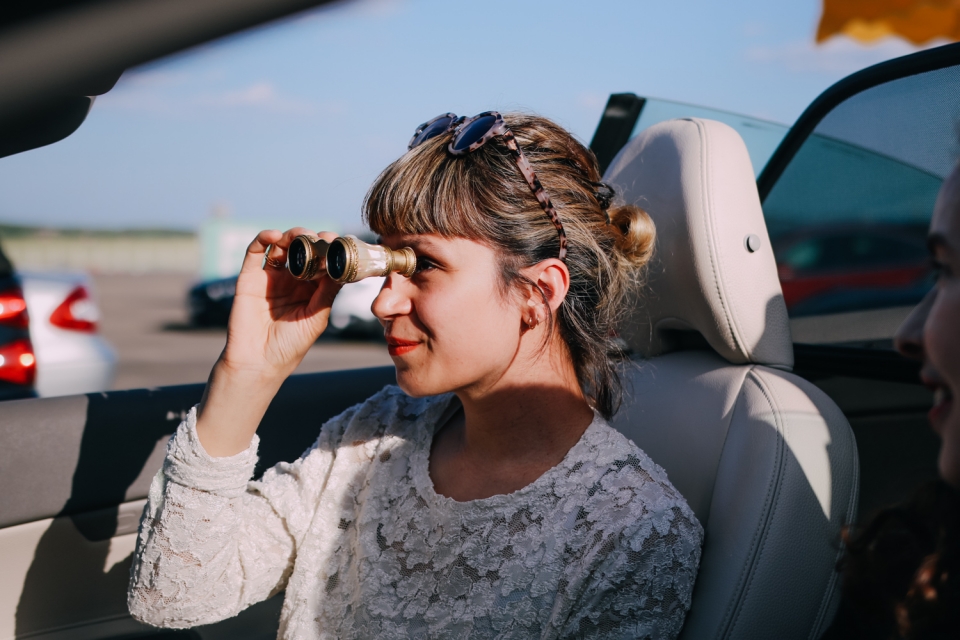 But as they say: difficult circumstances make you inventive. That’s what the people from Staatsoper Berlin must have thought in preparation for the premiere of the new Puccini production. The opera was originally expected to premiere online, but because of the re-opening, it actually got a physical premiere with a live audience. Of course, tickets sold out fast and due to the shortened season, they are very few performances. But to give many more people the chance to join the premiere they decided to screen it at a unique drive-in car cinema at Tempelhof Airport.

The disused airport became quite the spectacular backdrop for this special event. Opera fans and the culturally curious came together in front of the hangars to enjoy the opera at a huge digital screen. Drive-in Cinemas are not very popular in Berlin, so this was a rare opportunity in multiple ways.

When people arrived and set up their snacks and drinks in their cars awaiting the show to begin you could tell that everyone was excited to finally join a life event again. We’ve all been starved of experiences like that so for everyone who came it was a joyful moment.

Some people came in really original cars, some had super cool Cabrios and some even came with car-sharing cars because they didn’t have their own. When I walked between the rows I could see eyes of anticipation and joy. 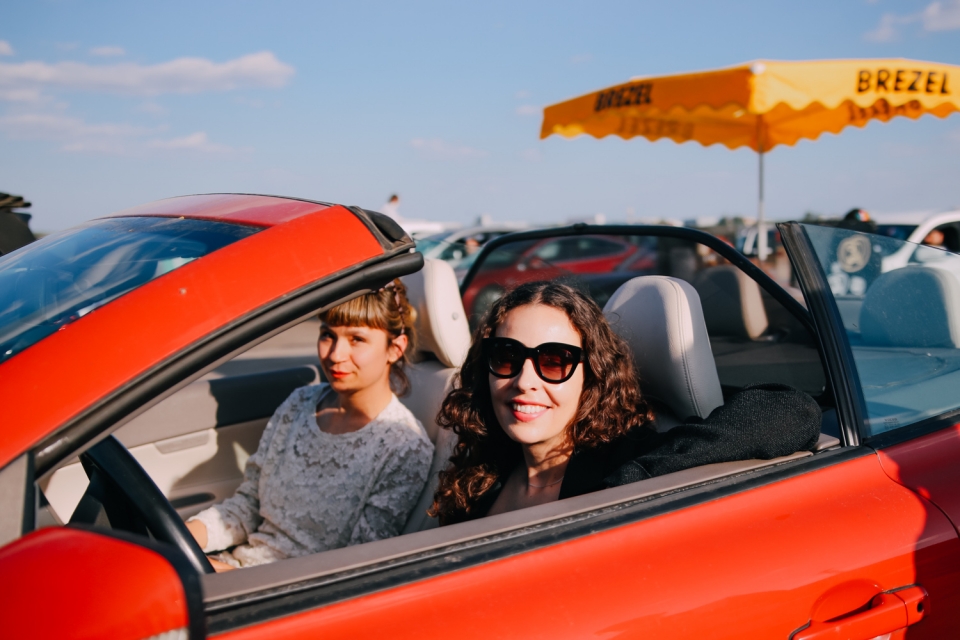 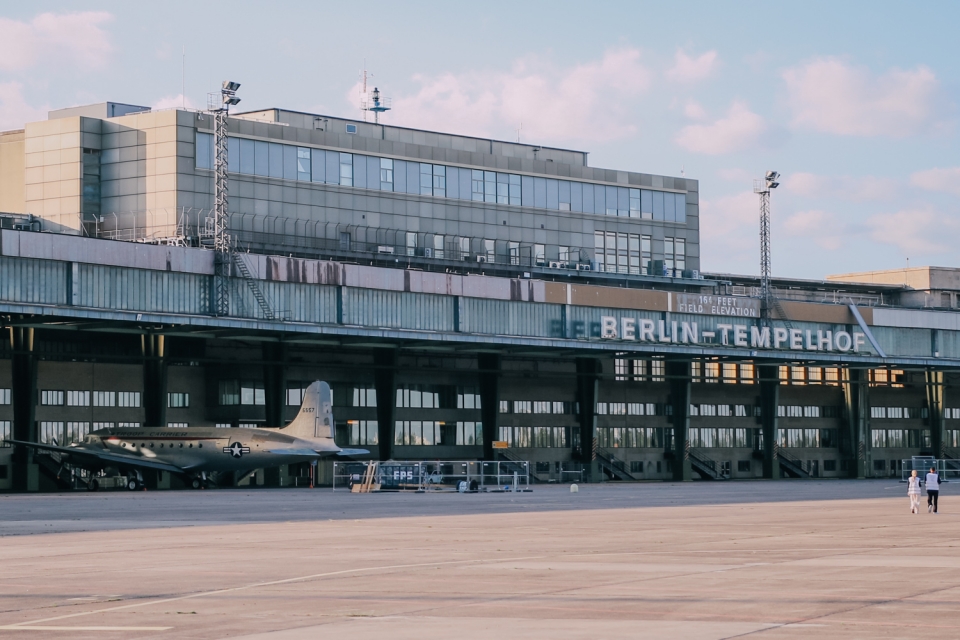 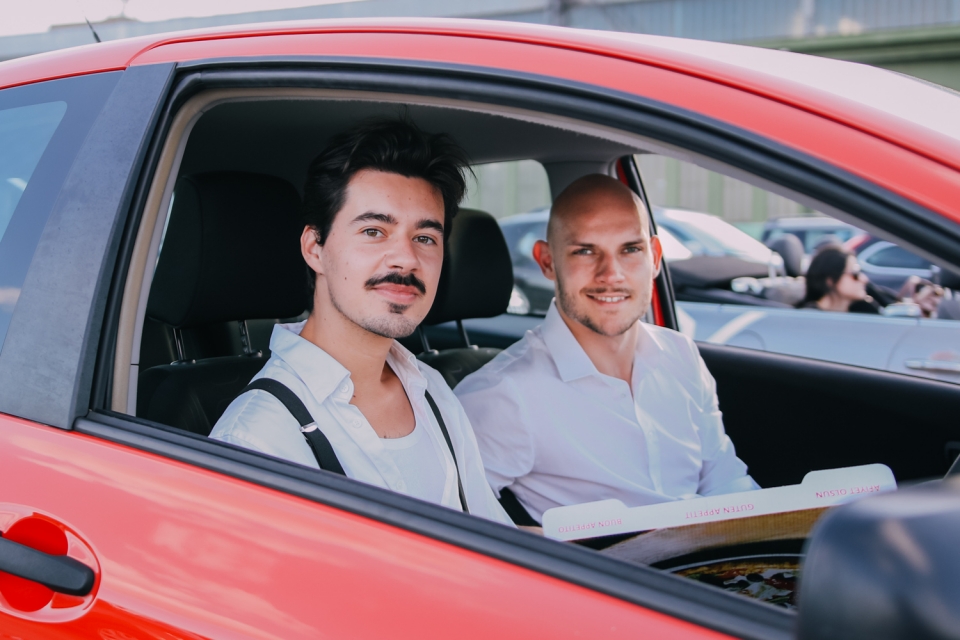 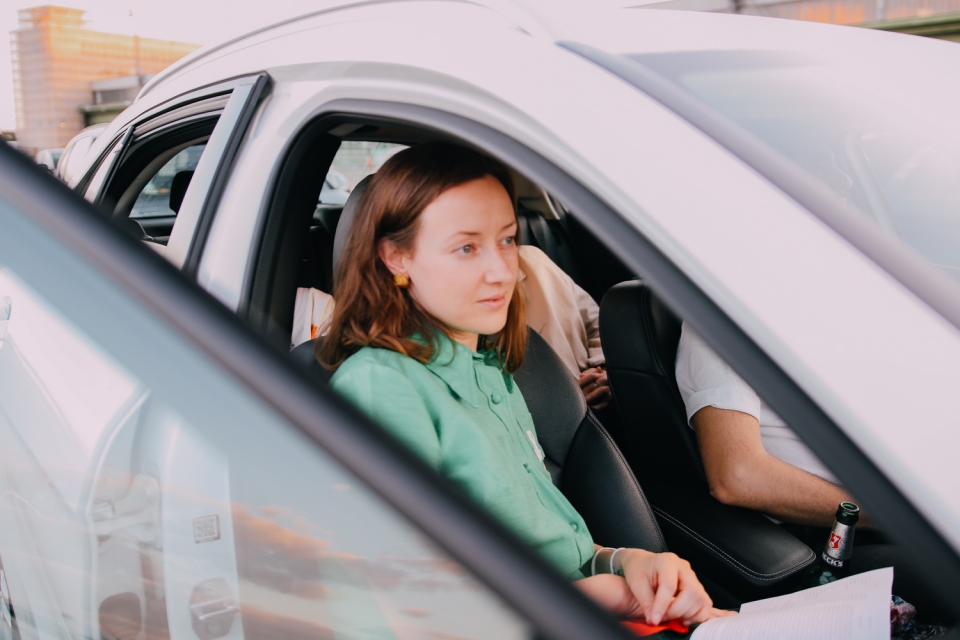 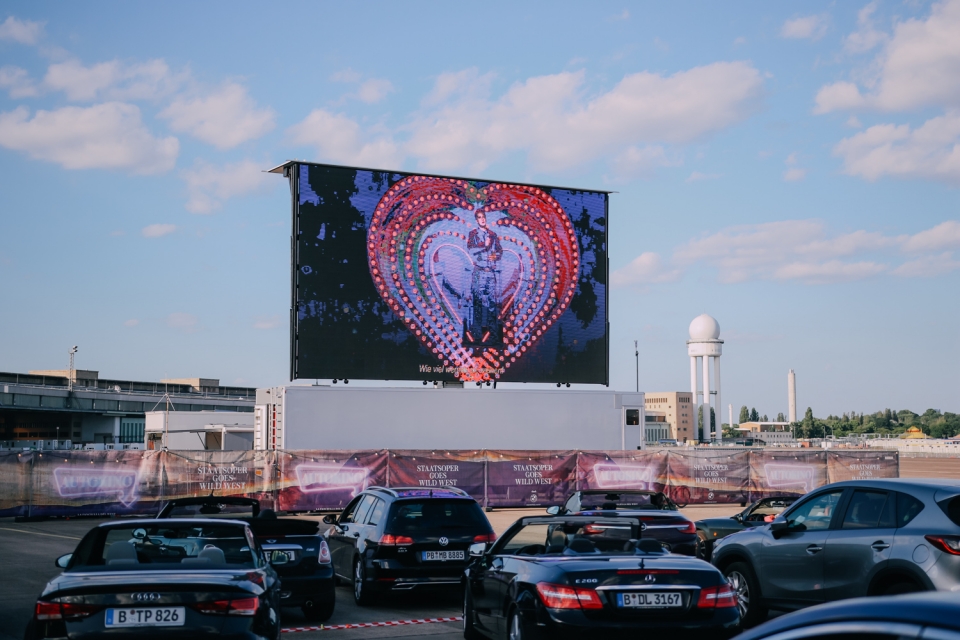 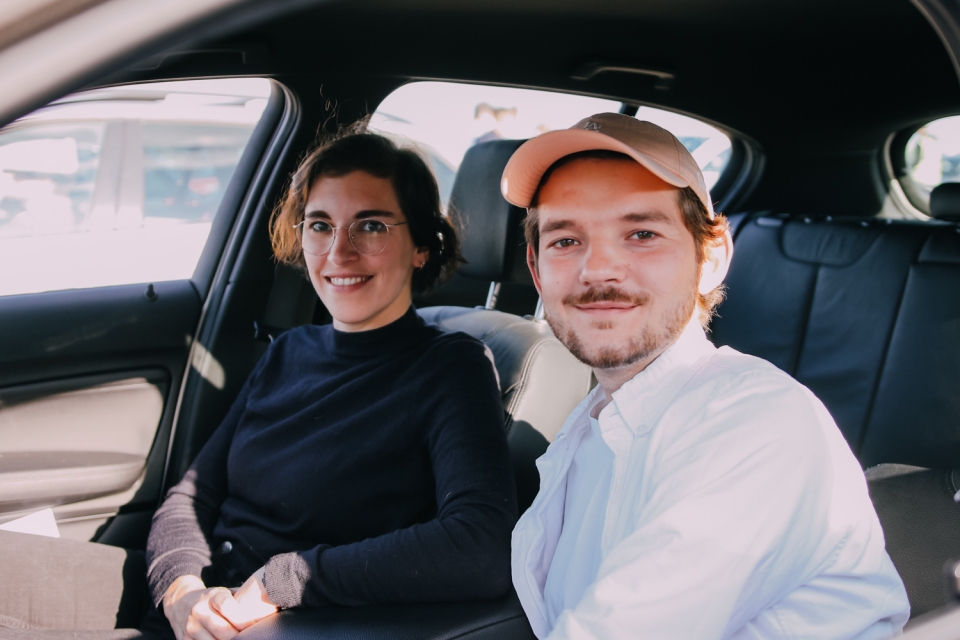 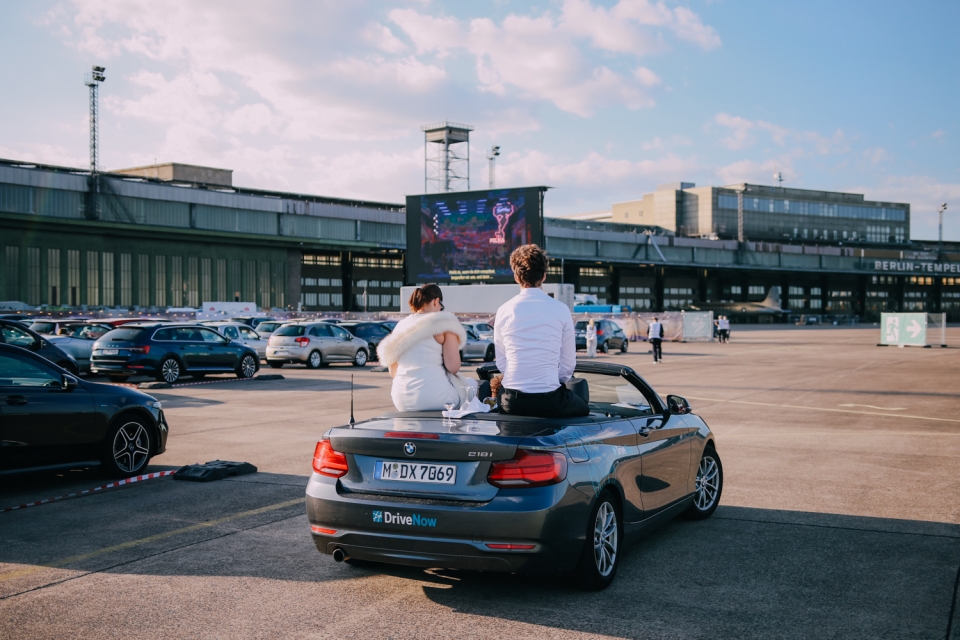 When the opera started all the cars went silent with their passengers listening to the performance with excitement. What presented itself on the screen was visually not what you would expect from a classic Italian opera. This is one of the less famous pieces by Puccini – it was actually the first time it was performed at Staatsoper Berlin ever. And the subject matter is also quite unusual: It’s a Wild Wild West story with cowboys and bar girls, a lot of dirt, and a lot of drama – well, the drama is of course a given in the opera.

When the show finished almost three hours later the audience was clapping and whistling ecstatically. In typical drive-in cinema fashion, the applause was also accompanied by honking and flashing the headlights which created quite the soundscape. I can only hope the opera singers could catch some of that special applause back at the Staatsoper. The sun had already set by the time painting the sky in a nice gradient and some lights chains beside the screen were creating such a beautiful atmosphere.

It was wonderful to see that so many people really enjoyed the evening, not only because of the opera itself but also because of this unique experience in this great setting. It was one of the first live events that we have personally been to and it was a bliss to be able to do this again. We hope the summer has more opportunities like that – we’re looking forward to more… 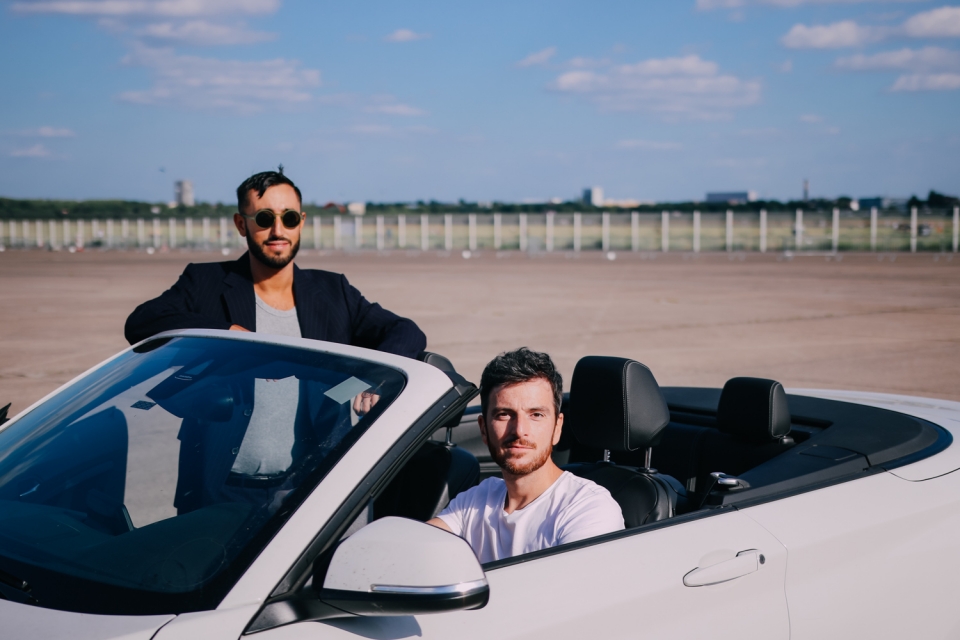 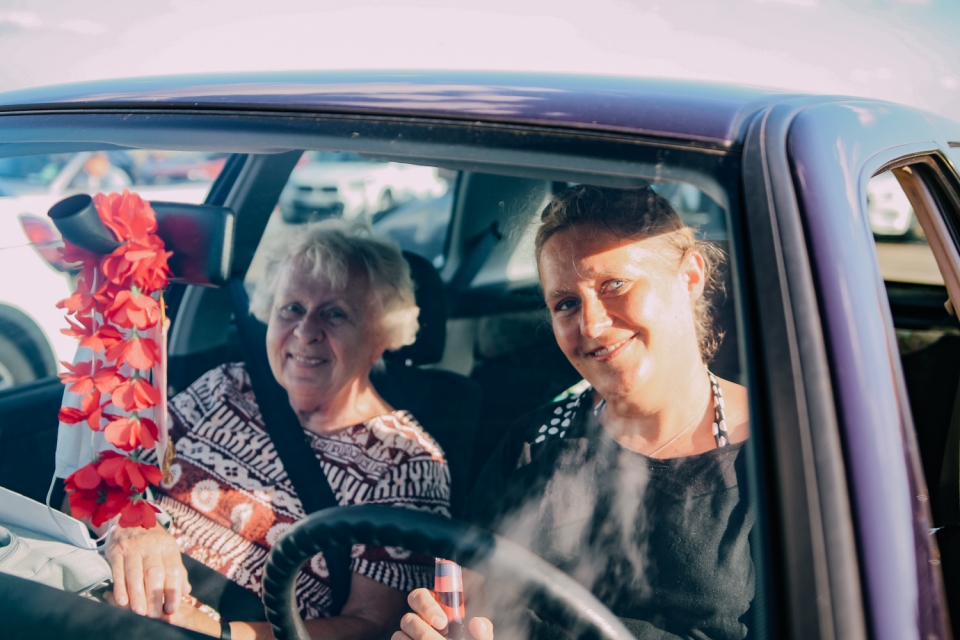 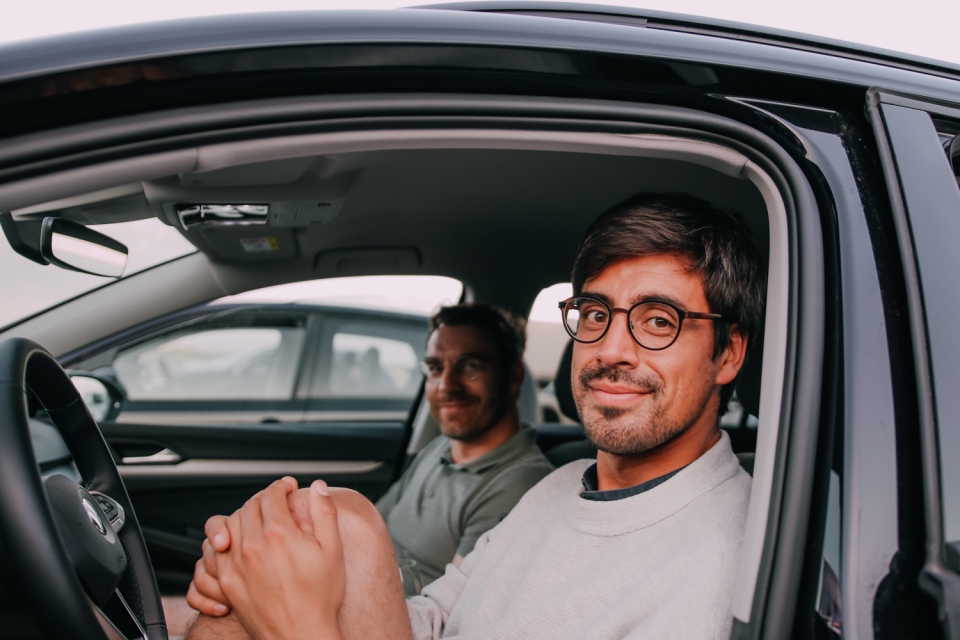 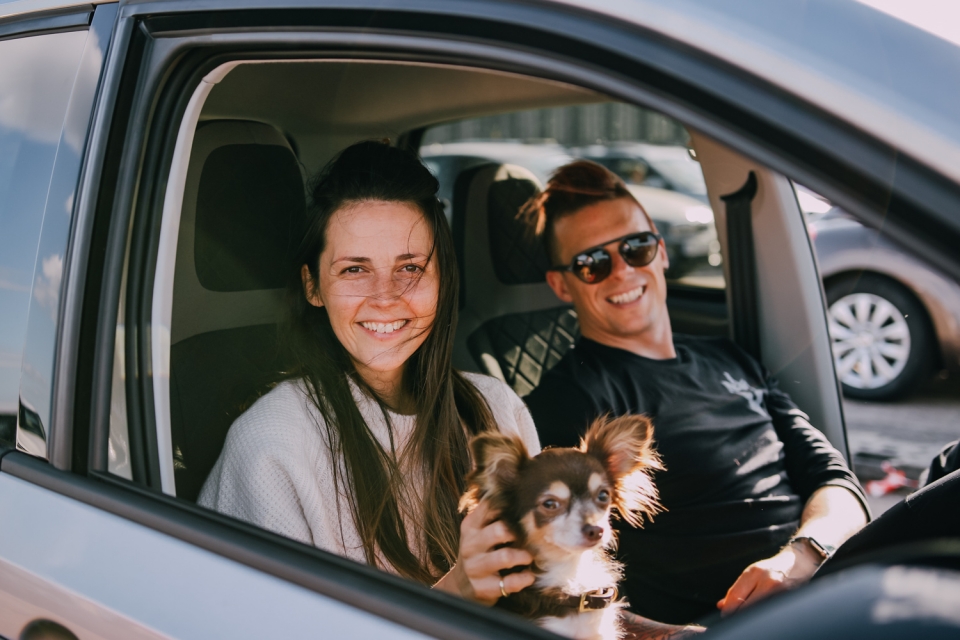 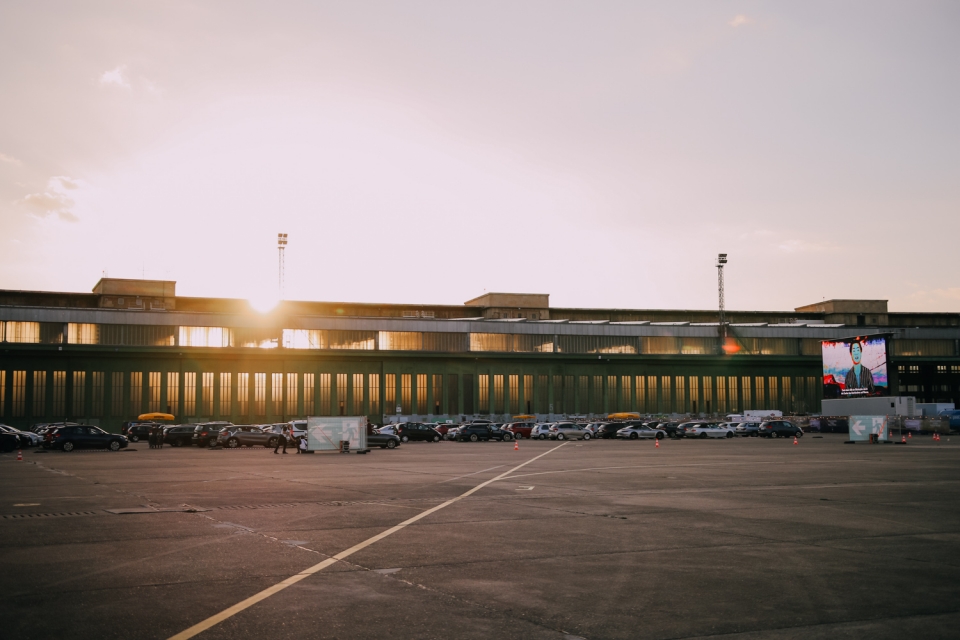 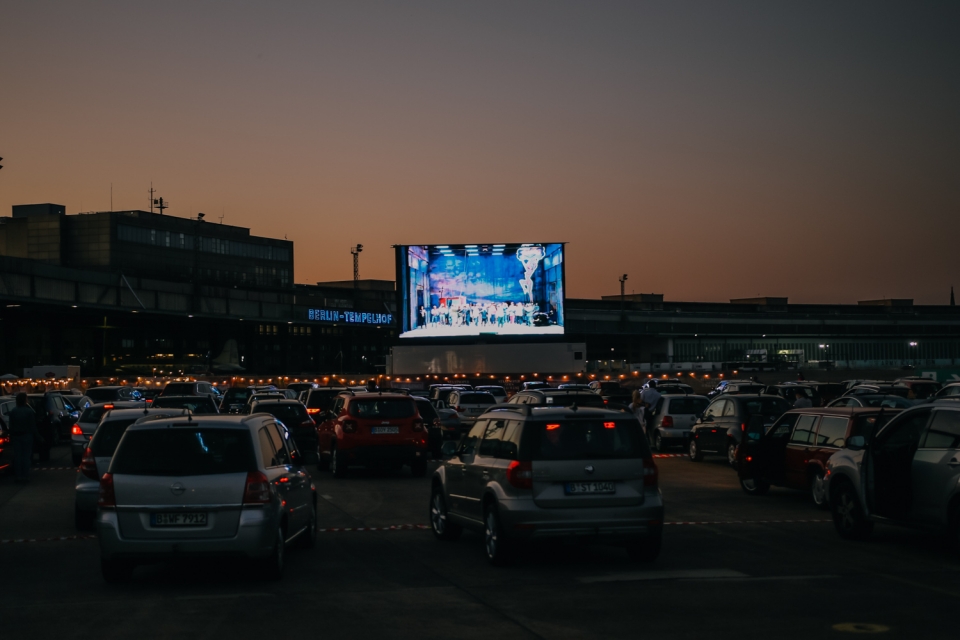