The Fate of Berlin’s Very Own Mysterious Monolith

As if this year wasn’t already like a Kubrick film, mysterious monoliths like the one in 2001: Space Odyssey started appearing around the world. And I bet you didn’t know that Berlin had its own.

The first monolith, found in Utah’s Red Rock Country by some biologists surveying bighorn sheep from a helicopter, was placed there sometime in 2016. 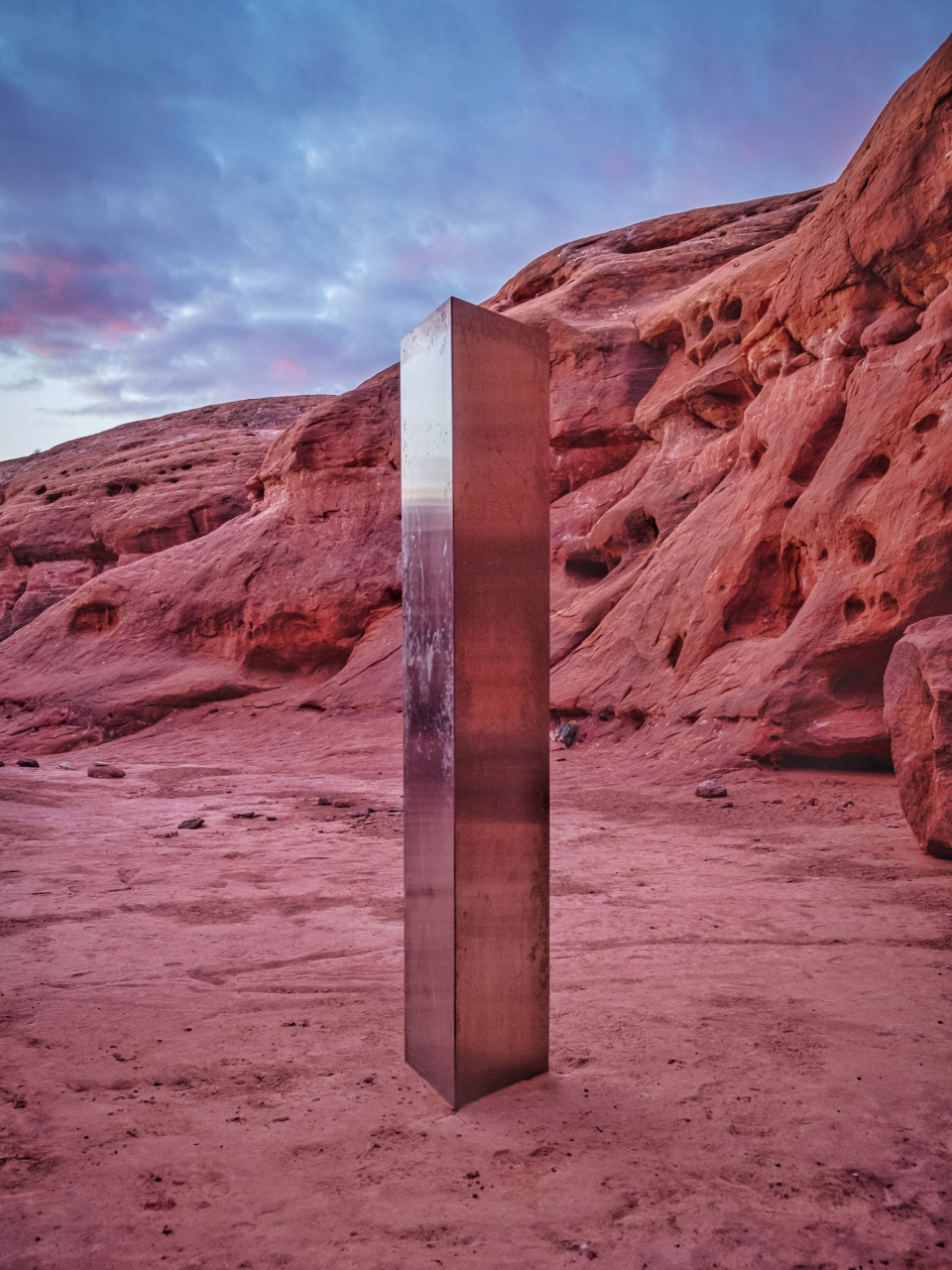 The strange discovery quickly became a lockdown pilgrimage site but was removed a few days later by some locals. To the questioning of a monolith pilgrim who was on-site at the time, they said that they were trying to protect the environment. While the bighorn sheep and other Red Rock Country critters are undoubtedly relieved with the disappearance of the strange metal object looming over them mysteriously for the last 4 years, new ones were quick to follow. 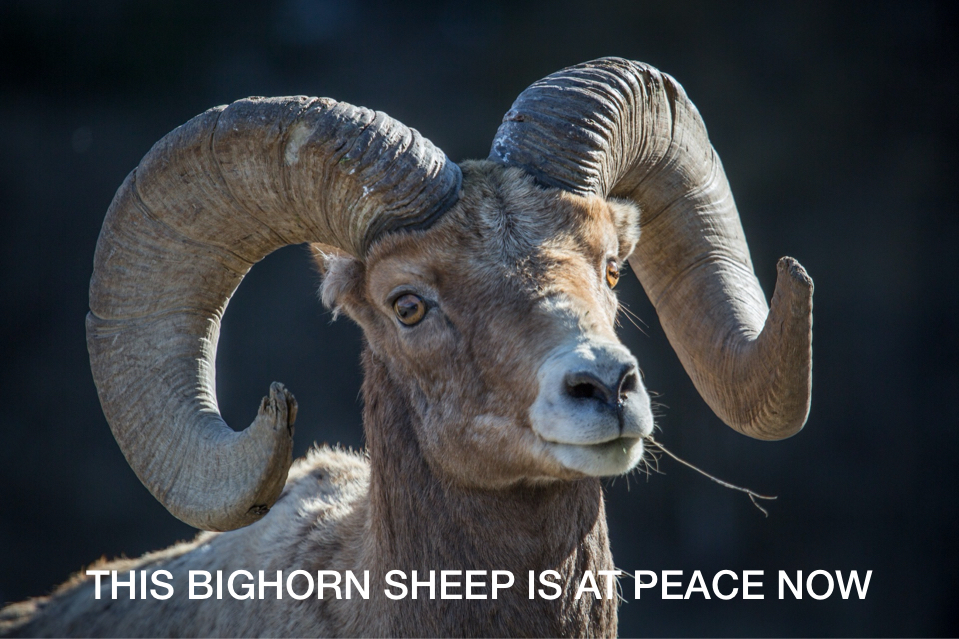 Only a day after the removal of the Utah monolith, another one appeared in Romania, on Batca Doamnei Hill – somewhat shabbily constructed but clearly based on the one in Utah.

Monoliths around the World

The Romanian monolith also disappeared in a few days but by now the meme was unstoppable: new ones were to appear and disappear all over the world. There’s even a golden one in Columbia. The 2020 monoliths, as they are called, even have their own Wikipedia page with an up-to-date timeline. You can find it here.

Unfortunately, it seems that most of the monoliths were not erected by aliens: artist collectives have taken credit for some of them, and one in Pittsburgh turned out to be a marketing stunt by a candy shop. But we can never completely rule out the possibility of a giant space embryo appearing in the night sky to deliver us from the lockdown.

In a very understimulating year, these monoliths seem to have captivated people all around the world and turned into an interesting new type of meme. They are memes because they are copy-pasted, recontextualized reproductions of pieces of visual art spreading through the internet. But they differ from other memes by being physical objects rather than digital images. How far we have come!

A quick word on Semantics

Before I go on, I have to mention that, technically speaking, these are not monoliths. Monolith is a combination of the Greek words mono and lithos, and is generally used for big stones sticking out of the ground, often formed naturally, like the Uluru in Australia.

Humans have also been erecting monoliths since at least the stone age, a time when everyone was really into stones. These look more or less like the ones that make up Stone Henge. However, calling the stones of Stone Henge monolithic would also be somewhat contentious, since there’s more than one. The more etymologically sound term would be megalith, which just means big stone.

On the other hand, one could argue that metals are just special stones: to get metal, one usually begins with a piece of stone that contains some of it. The process of smelting gets rid of almost all of the nonmetallic elements, but at what point does the metal-rich stone stop being a stone? If I eat all the filling from an Oreo but leave the outer shells, do I end up with two biscuits or a partial Oreo?

As you can see, what is and isn’t a monolith is not as obvious as it would seem at first, and the ones this article is about are certainly not, at least according to how the word is meant to be used. On the other hand, it is a lot of fun to say monolith, and I don’t get to do it very often, so I will just keep calling them that like everyone else because that is how languages evolve. Thank you for listening to my TED talk.

As is the case with many other memes, Berlin is ahead of the curve when it comes to monoliths. Our city had its own mysterious monolith, and it couldn’t be more true to the stereotypes: it is darker and cheaper than the others but at least it was up before it was cool. 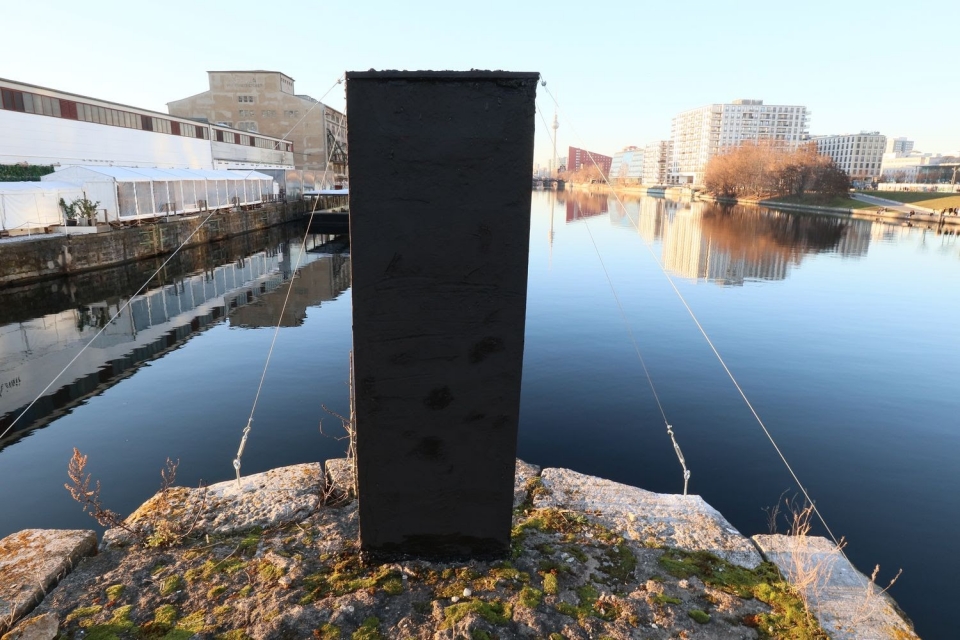 The Berlin monolith was erected last winter on the remaining pillar of Brommybrücke, a small artificial island on the Spree. It was created as a public art performance by Cacophony Society Berlin, a situationist art collective with ties to the original Burning Man events. Not wanting to leave people guessing about the origins of their creation, they even documented the event: 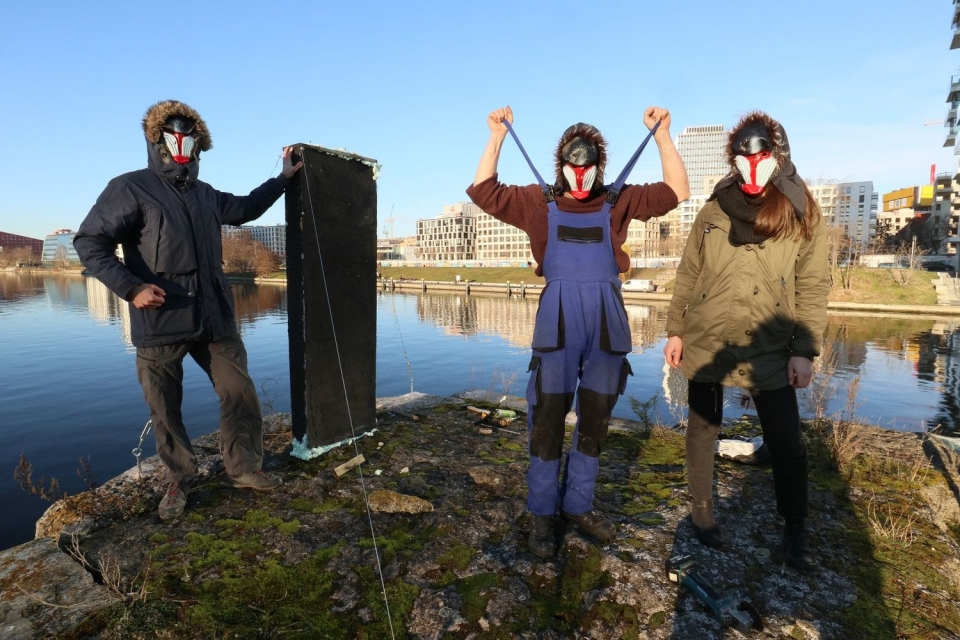 Mr Boti, the founder of Cacophony Society Berlin, says that their monolith was made of polystyrene recycled from nearby construction sites. The performance was “an ironic take on Berlin’s alternative culture including some of the clubs that offer a spectacle for the tourist boats cruising the Spree.”

Berlin’s monolith stayed up at least until this summer. However, just before monoliths went viral worldwide, someone has decided to protect the environment from this one too. 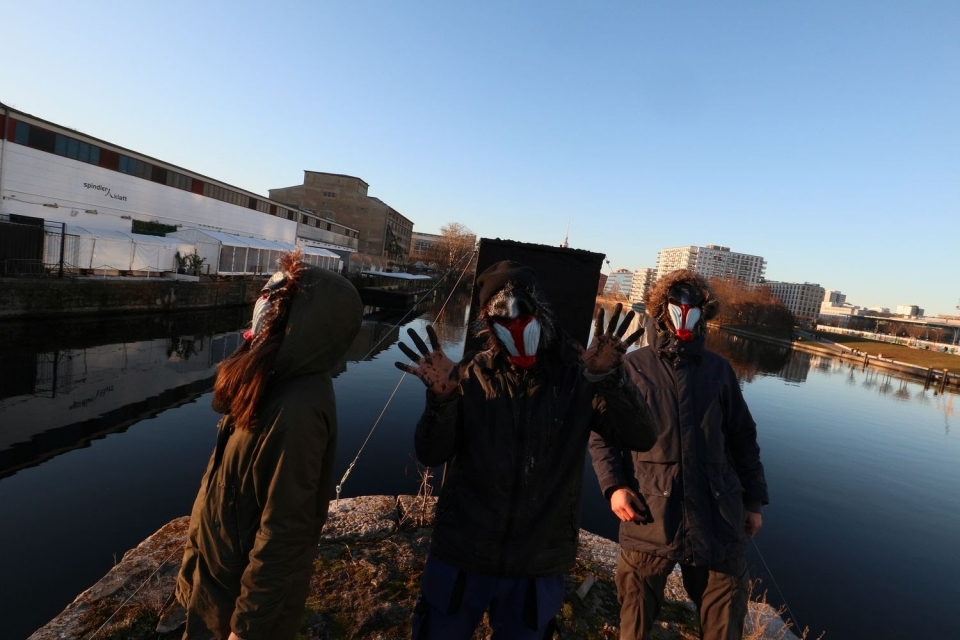 We will never know what would have happened if the Brommybrücke monolith stays in place. Perhaps a spaceship would have landed? But its fate shows us one thing: currently there is no monolith in Berlin. So if you have some free time and metalworking tools, please don’t use them to make a monolith and place it in a scenic location because that’s illegal and it startles the sheep.