Where’s Downtown in Berlin? – The History of Berlin’s Many City Centers 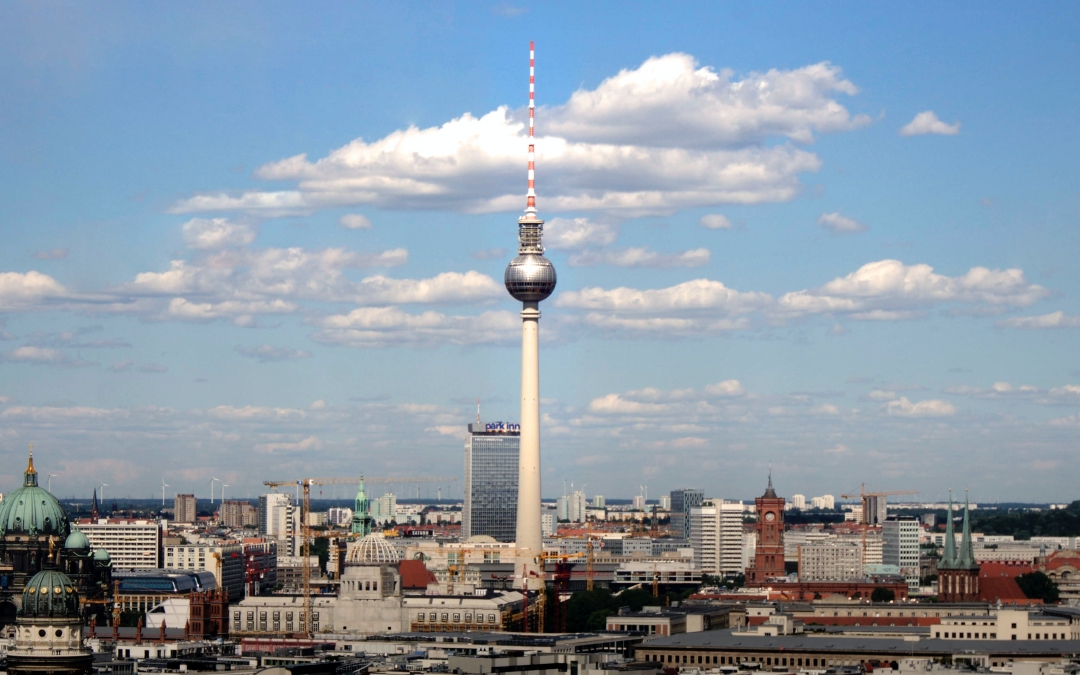 Most cities have a clear “downtown,” meaning if you’re lucky, you can boast about living in the center. These areas usually have lots of shops, bars, restaurants and life in general. But in Berlin things are a bit more complicated. What is the center of Berlin? There isn’t one area that comes to mind as the “downtown.” Many would say Mitte because it’s quite literally in the middle, but I’d argue the center is the one-kilometer radius around my apartment.

A few months ago, I visited an exhibition called Unfinished Metropolis, which celebrated the 100-year anniversary of Berlin’s conglomeration. The exhibition featured a whole section on the issue of Berlin’s many city centers. Turns out the answer to Berlin’s center question lies in its complicated, fascinating and quite tragic history. Here’s what I found out.

The old center of Berlin is around the Museum Island, which is indeed in Mitte. But during the Weimar Republic, this area failed to develop at the same rapid rate as the rest of the city. It became irrelevant because people were poor, streets were small and the when the Nazis took power in the 1930s, they deemed the area unworthy of the glory of the Reich. 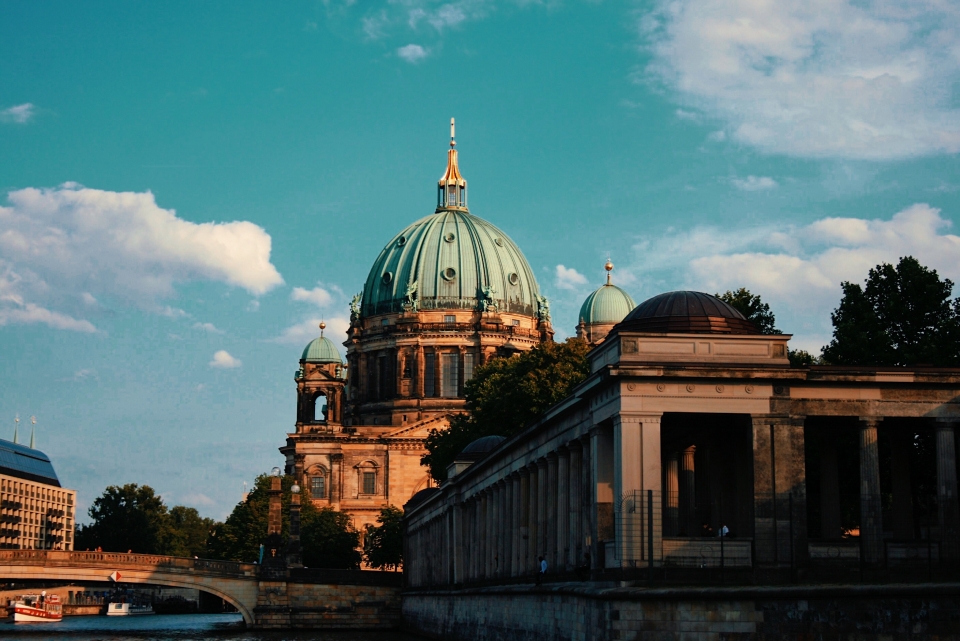 The Nazis planned a downtown with dominating buildings to rival those of Mussolini in Italy and Stalin in the USSR, but the project was never completed. After the war, the city was in disarray; bombed and divided. The problem of Berlin’s city center doubled—both East and West Berlin would have to find a solution.

And both managed. Breitscheidplatz became the new city center in West Berlin, a car-oriented square located by the ruins of the Kaiser Wilhelm Memorial Church. You can still stroll around this vibrant shopping street today; just jump on the U1 or U9 to Kurfürstendamm or the S-Bahn to Zoologischer Garten and have a gander. 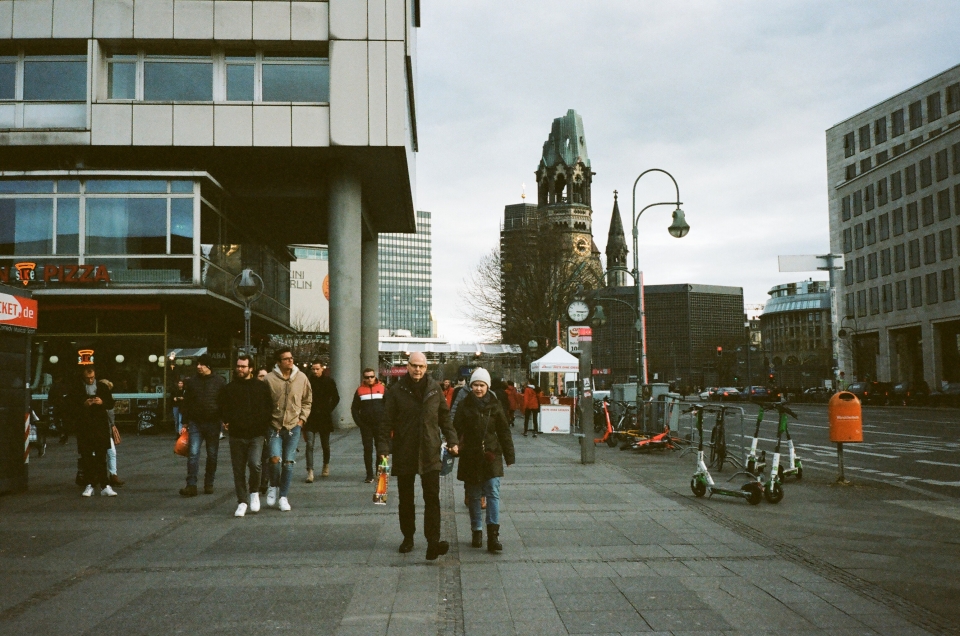 In the East, Alexanderplatz became the center of commerce. The square was redesigned after the war for cars to reflect the modern times. You can of course still explore Alexanderplatz today but it’s mostly just a good station to get you around Berlin these days (I mean U8, U5, tram and S bahn? I envy those who live there.). But the answer to Berlin’s city center question isn’t so easily solved. 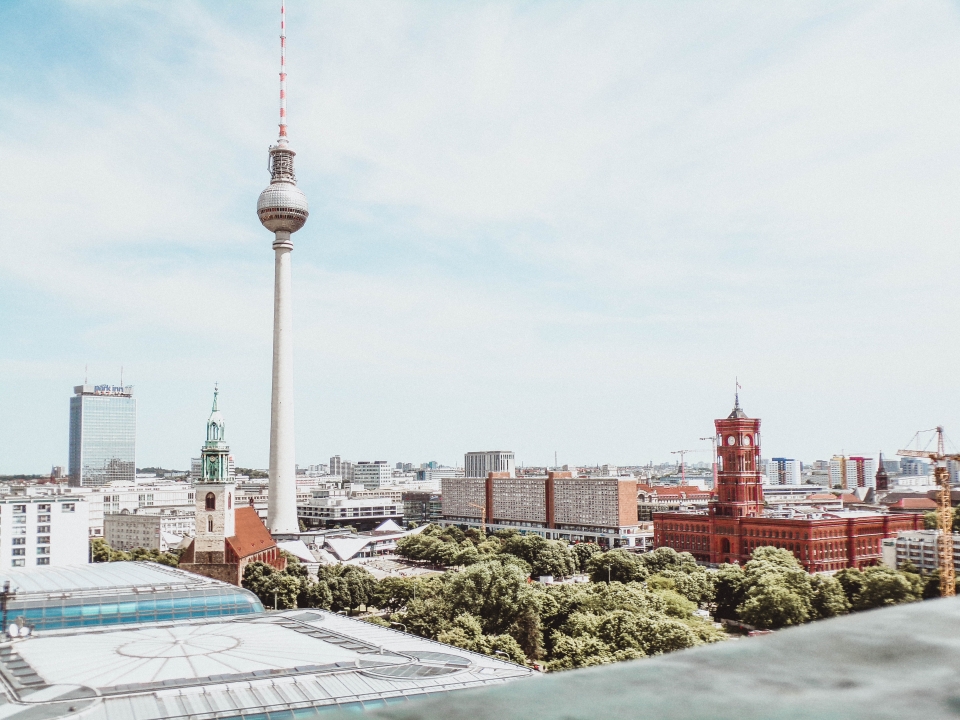 As previously mentioned, Unfinished Metropolis, celebrates the 100-year anniversary of the consolidation of Berlin. Until 1920, Berlin wasn’t a single city but a number of small towns surrounding the central Berlin area. This makes a lot of sense when you think about all areas ending in dorf in Berlin (Zehlendorf, Reinickendorf, Heinersdorf, Wilmersdorf etc.). When Berlin became one city, these smaller towns didn’t just melt into nonexistence but continued to thrive as their own little centers of commerce. So many of these areas still feel like their own towns, making much of the area outside the ring feel like quaint little villages. It’s always worth a trip to Lichterfelde West, Weißensee or Frohnau to see how these municipalities maintain their own charm separate from the gritty streets of Neukölln or Friedrichshain. 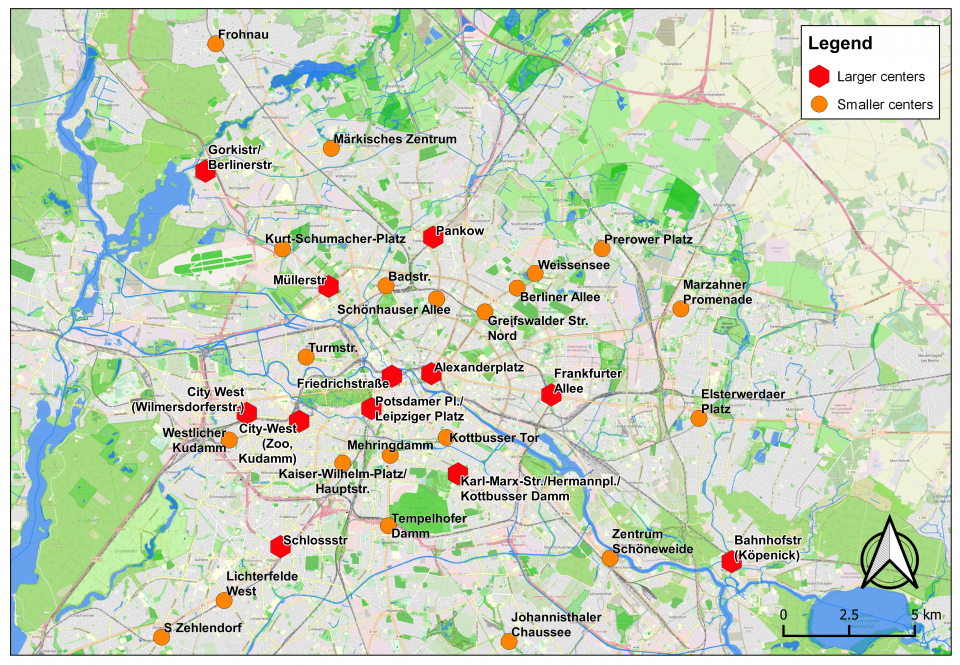 So, there isn’t really an answer to the question of Berlin’s city center. It’s wherever you want it to be. If you live, shop, work and party in your Kiez, then that’s your center.