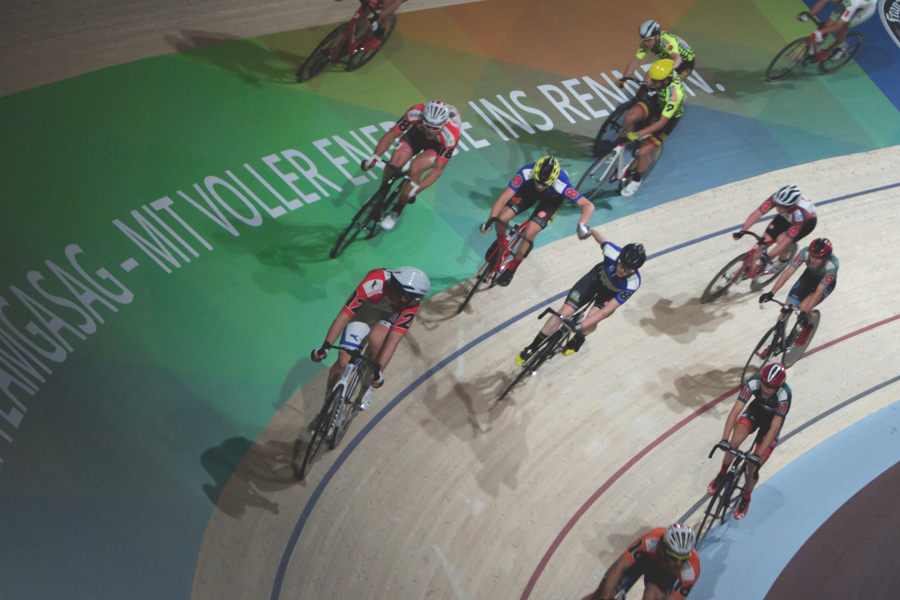 Lycra, lights, DJs, sweat and slings. This could be another night at Berghain, but instead we find ourselves at the Velodrom at the 107th Six Day Berlin race– the world’s oldest six-day bike race- thanks to the kind invitation of GASAG who is one of the sponsors of the event. Do you want to experience it as well? We have tickets for you to win!

Berlin is a city of bikers. We use bikes to get around town and to work more so than most people in other large cities. And, most of us have a close relationship with bikes. They can be a fashion accessory. They get you where you need to go. And, they are generally more reliable than the last person you talked to on Tinder (just don’t park it near Kotti, otherwise it will also disappear). 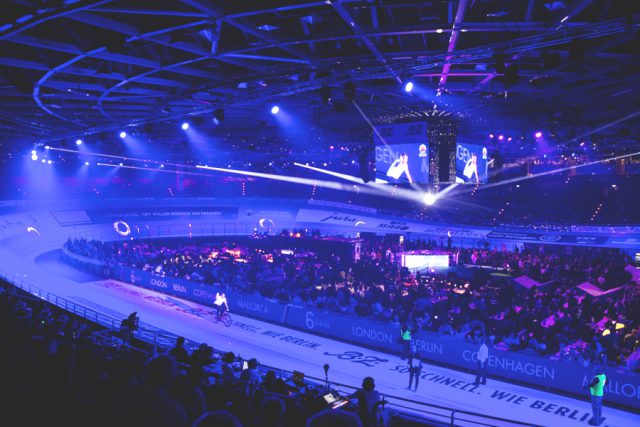 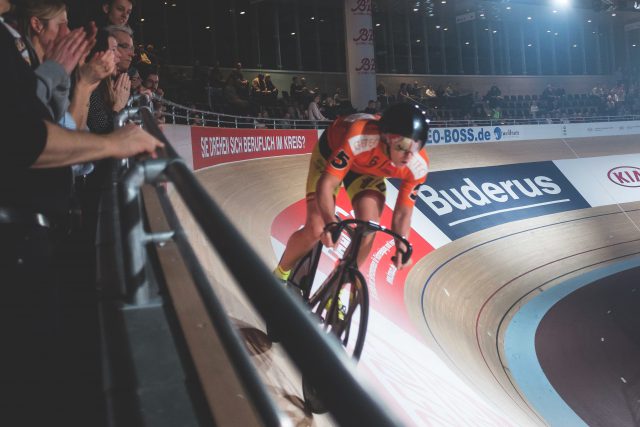 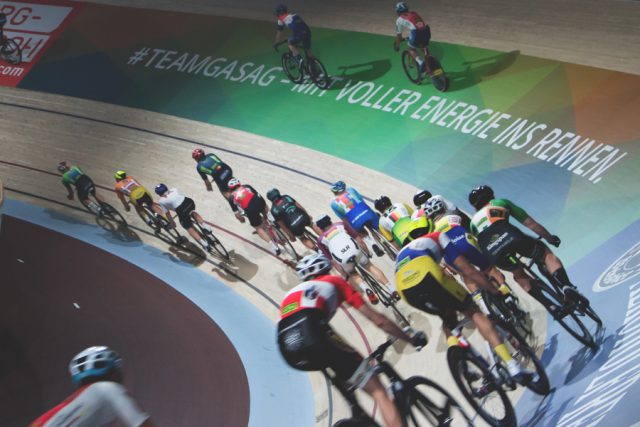 Since we bike a lot, many of you may have experienced the feeling of pulling up to a red light on your bike, music blasting in your ears and you secretly decide to either race the granny or the car next to you to the next intersection. The Six-day Race is in many ways surprisingly similar, but the bikes go a lot faster. The event is made up of multiple races over six days with varying degrees of speed, stamina and age.

It was the first time for us at a race like that, so everything was quite new and exciting. Here is some essential vocabulary we learned throughout the evening.

Madison: This is a race of stamina where teams of two compete to lap their opponents as many times as possible. Only one team-member is racing at a time and will tactically swap in or out of the race with their other team member. 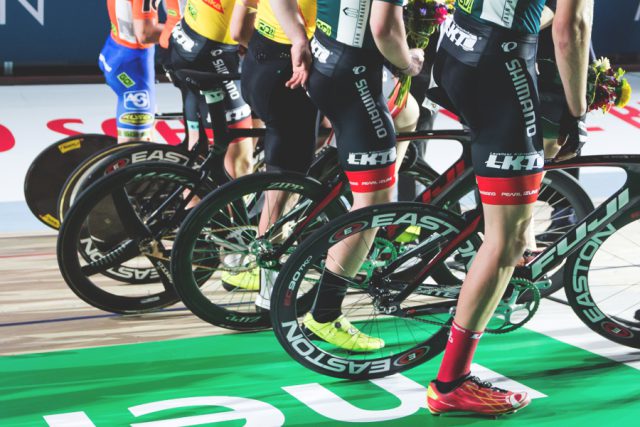 Hand-sling: Not what you think! This is how one racer in a Madison will grab their team member’s hand to propel them into the race. 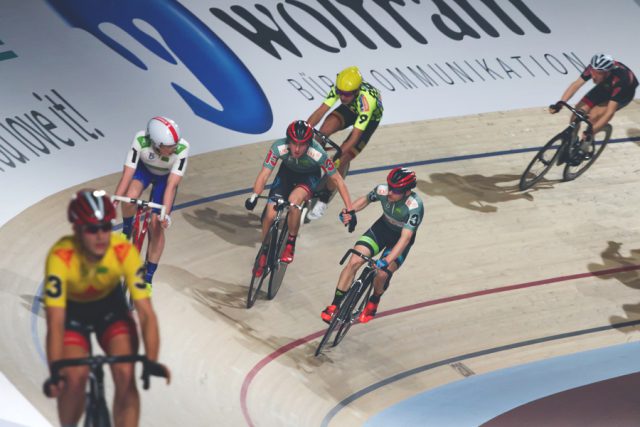 Derny: This is a motorized bicycle that sets the pace in motor-paced cycling races. 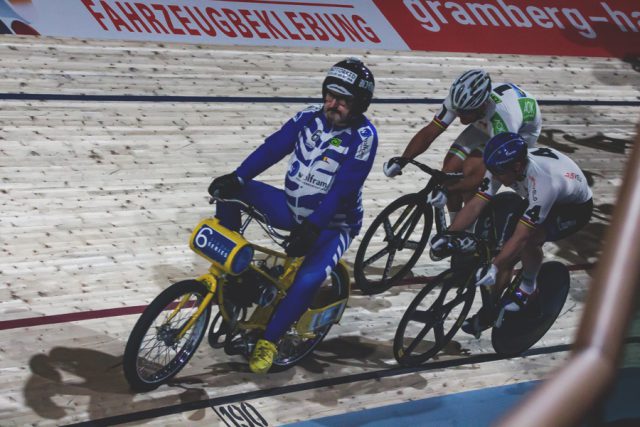 Winners of the Madison Chase Men’s category were Roger Kluge and Theo Reinhardt from the home team, sponsored by GASAG. Not only does GASAG support the race and the home team, but they unveiled their new Velostrom product, which comes from 100% renewable energies and is tailored to supporting the biking community at large by donating 25 EUR per customer per year to development projects that support the biking community.

To complete this Berlin nighttime event there are live DJs with a didgeridoo, disco lights, lots of hair flipping and snacks and drinks – all creating an energetic party atmosphere. Right in the center of the ring, you also have a chance to get up close and personal with the racers to watch them warm up and get autographs (or phone numbers). So, if your weekly trip to Berghain won’t sate your appetite for lycra-clad bodies spinning in circles, we highly recommend you check out Six Day Berlin which is still going on until January 30th 2018. 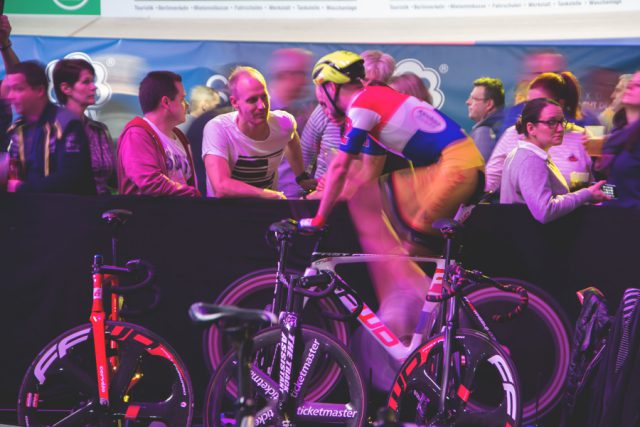 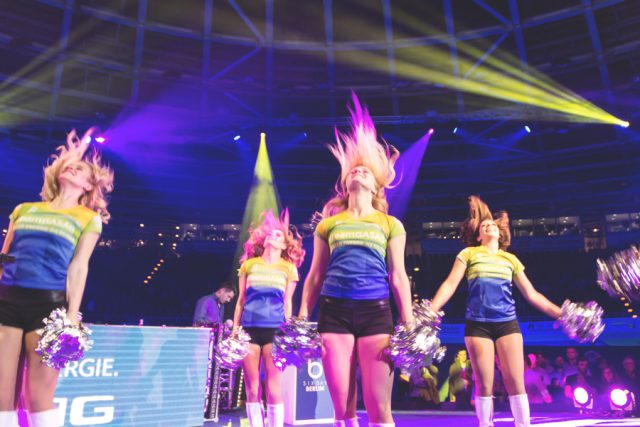 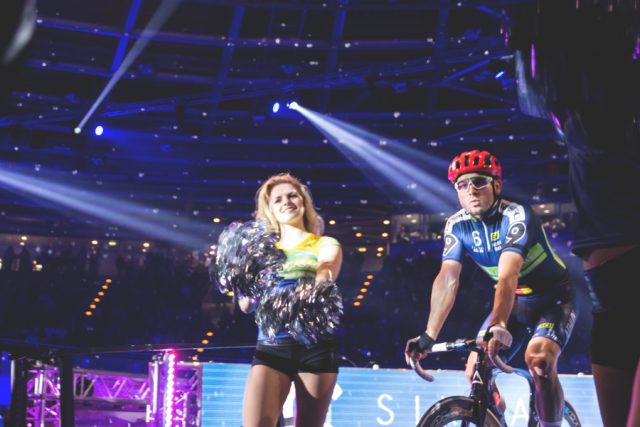 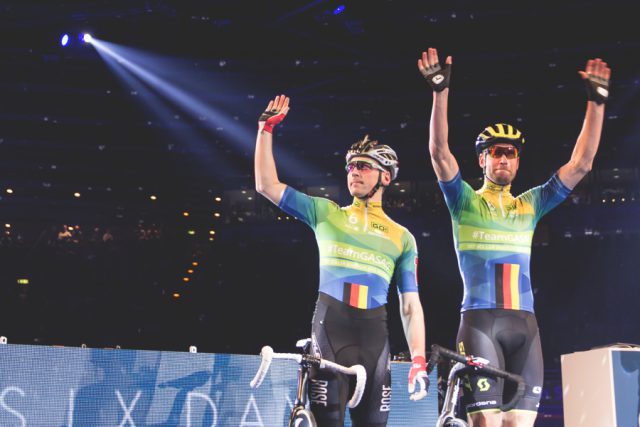 We have one pair of tickets for the last day on January 30th for you to win courtesy of GASAG. If you want to win just leave a comment below today until midnight. Good luck!