This Berlin Collective Revolutionizes the Way we Experience Classical Music 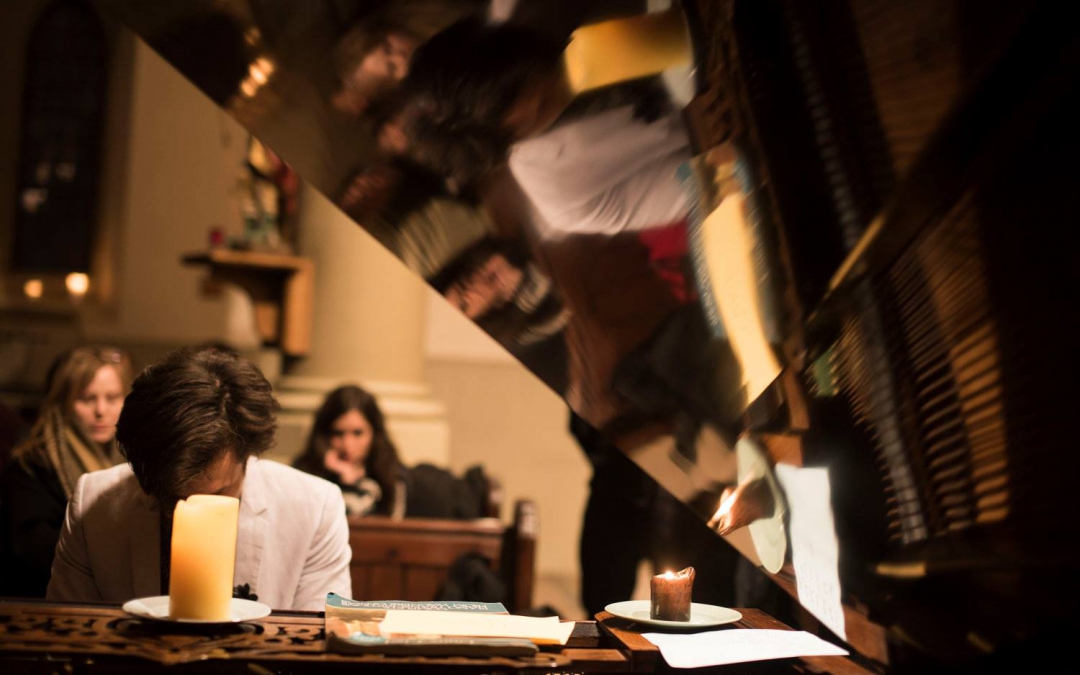 You might have already heard of Crossmodalism – the international movement that organizes sensory-stimulating events, redefining the way audiences interact within fields like theatre, cooking, or even science. The lessons learned there have recently inspired two prominent representatives of the movement to get together as the 1781 Collective and create event series centered around classical music, originally supported by Schöneberg’s The Ballery. Find out more about what makes their exclusive concerts such a unique experience and how can you get involved.

Although some might find this surprising, the 1781 Collective sees Berlin as a paradise for classical music aficionados and even has the potential for becoming the breeding ground for changes within the industry. As they shared in a conversation with iHeartBerlin: ”Berlin, without doubt, is the best city in the world to be a classical musician or lover – simply opening up an event brochure gives at least three or four world-class musicians performing on any given night. Further, the relationship Germans have to classical music is still very intense, and, combined with the open-mindedness of Berlin audiences, this creates the perfect space to explore how the international classical music system can be redesigned to avoid irrelevance.” 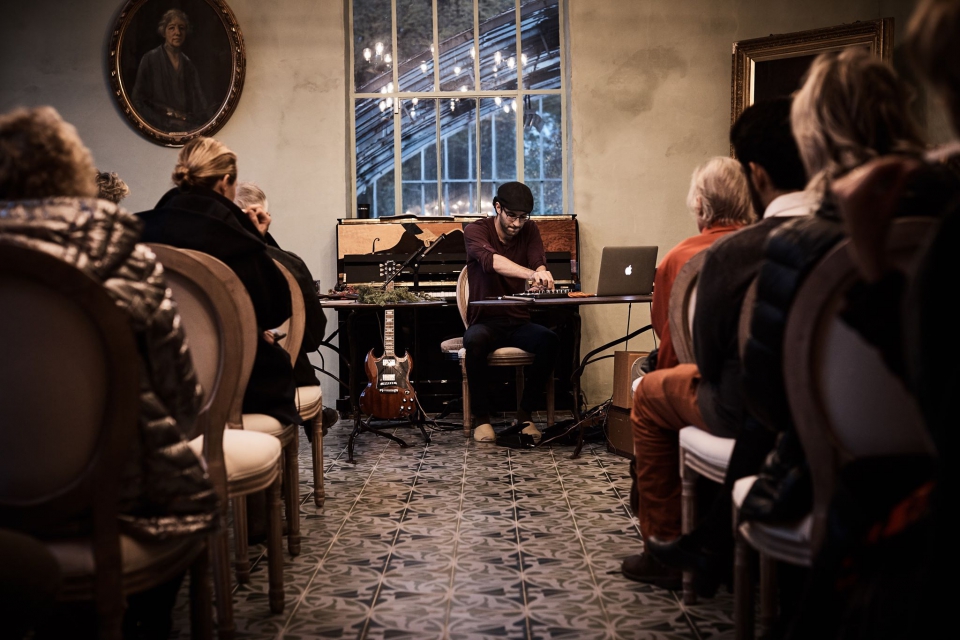 In a nutshell, this redesigning applies to the relation between the audience and the artists. By introducing certain rules, such as a strict dress code policy of all white, a blanket ban on all applause, and sticking to the arrival time without allowing any exceptions, the audience members are given a certain responsibility. At the same time, the concerts organized by the 1781 Collective actually make the music way more approachable than you might have experienced during a classical concert elsewhere. For each piece, audience members are encouraged, but not required to, adopt a certain physical position. A common favorite during the event I went to proved to be the eye-gazing with a neighbor, which eventually resulted in a contagious giggle across the room. While the 1781 Collective members don’t claim to be the absolute pioneers in their field, I’ve never been exposed before to the concept of changes that they’re advocating for. 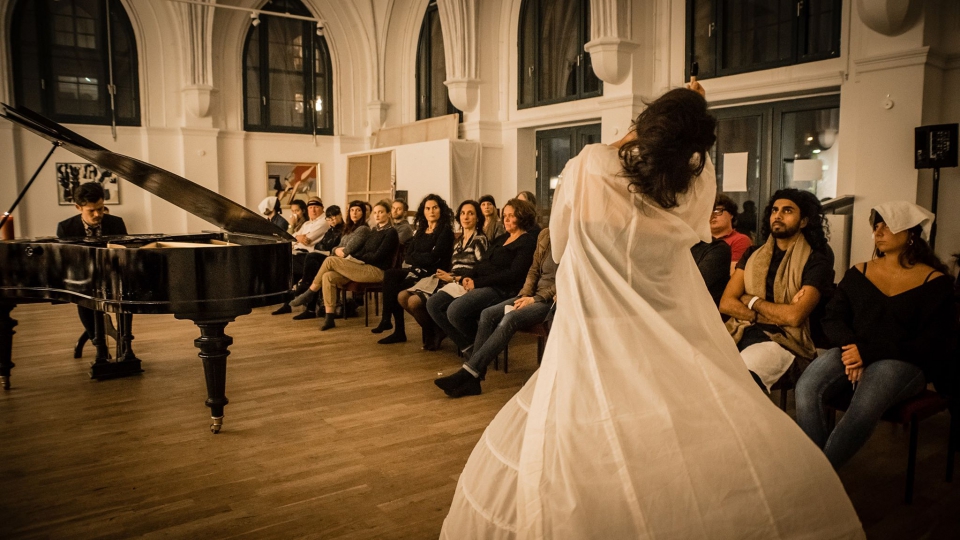 Personally, I was quite intrigued by the Collective’s name, and, as it turned out, for a good reason. In their own words: ”When looking for inspiration, we couldn’t go further than one of our personal heroes, a fairly well-known chap named Mozart. What is less known about Mozart is how irreverent he could be – an example of that is one of his lesser known pieces, a lovely vocal work ‘Leck mich im Arsch’, apparently dedicated to his father. In 1781, Mozart, then under the employ of Prince-Archbishop Collaredo (the ruler of Salzburg), was fed up by being held back by the stuffy, traditional system he was in, so said ‘leck mich’ to tradition, and left to become a freelancer in Vienna.” 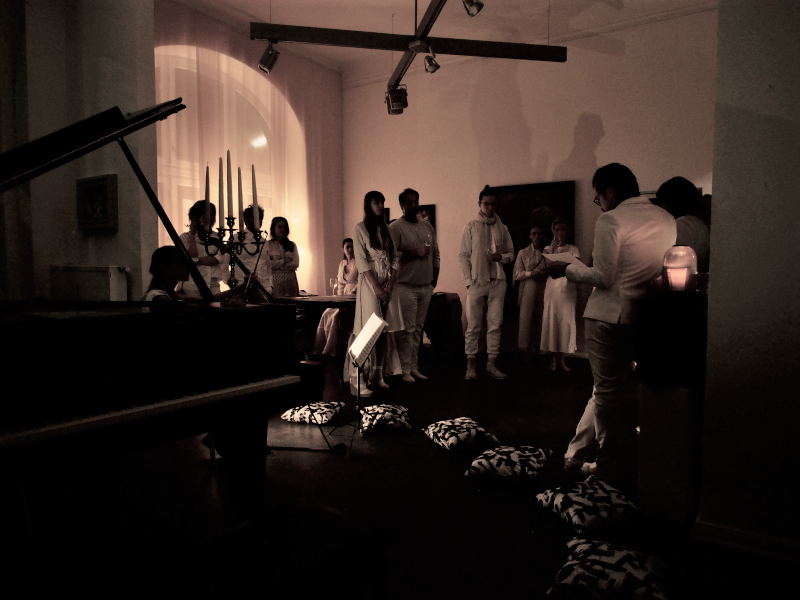 This mindset is definitely one that many a Berliner could sympathize with – and accordingly, I believe that it’s worthwhile to pay attention to the 1781 Collective even if you’re not necessarily a fan of classical music. One of the defining characteristics of the concert series seems to be retaining an aura of exclusivity, so if you want to come to their next performance, you’ll sadly have to receive a personal invite from someone who has already attended. However, the Collective itself would still love to connect with you – especially if you are a musician similarly frustrated with the industry, and want to create with some like-minded performers/organizers. Visit their website for more information and contacts.