Whole United Queer Festival: The Start of a Revolution

In its third year, WHOLE, the flamboyant spectacle off Berlin’s shores has become a unique space of queer expression and community with—beyond any doubt—historic significance. iHeartBerlin writer Andy attended the three-day “Function in Ferropolis”.

I breathe in deep. The air is dusty and dry from these first scorching hot summer days. Waiting for my group of friends to check-in, I put my heavy backpack down and let my eyes wander around. Colossal metal cranes stand against the bright blue sky, brutal remnants of times past. In front, a makeshift village of scattered tents on arid soil—a scenery right out of “Mad Max”. I turn my head, a group of half-naked bodies dances my way; a neon-green mohawk on one side, floor-long leather chaps on the other, and giant hoop earrings bouncing up and down. “YES BITCH!,” I call out quite suddenly and flick my finger. A fan SNAPS, a kiss on my cheek, and the extravagant ensemble whirls past. I start laughing.

“For several years, Chris and I have played with the idea of organizing a collaborative electronic music festival,” Raquel Fedato, organizer of Berlin’s Pornceptual events, tells me in an interview after the festival. The sexy collective is celebrating its 6th anniversary in August and looks back on years of experience in collaborative projects centering freedom of expression and electronic music, from joining forces with New York’s infamous UNTER party to last year’s sultry Boiler Room x Pornceptual at Arena Club in Kreuzberg. 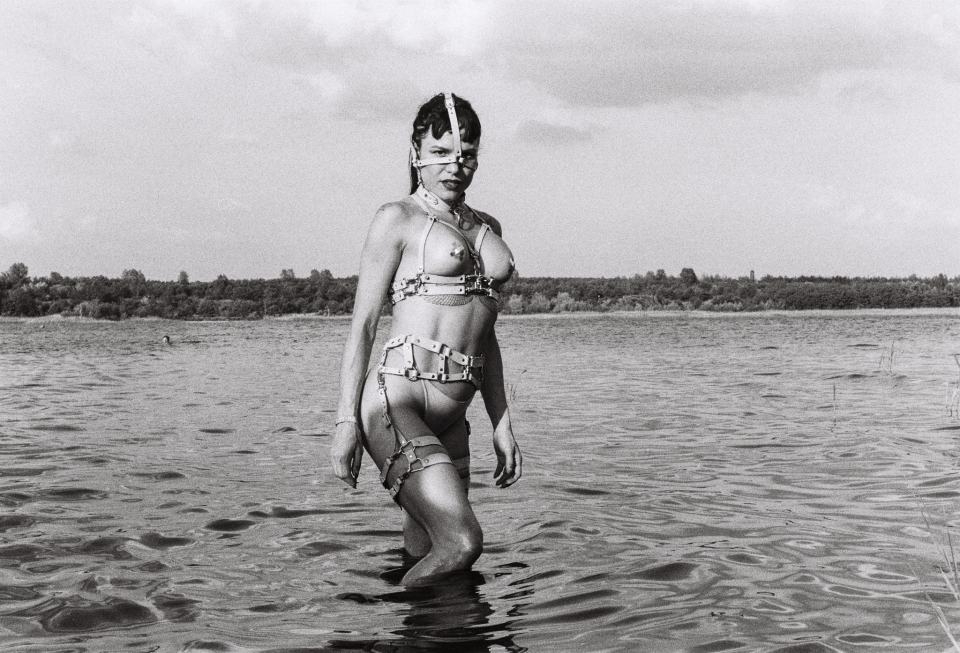 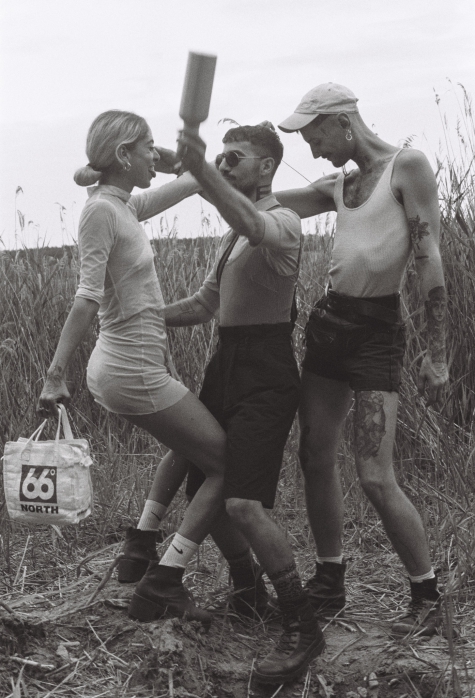 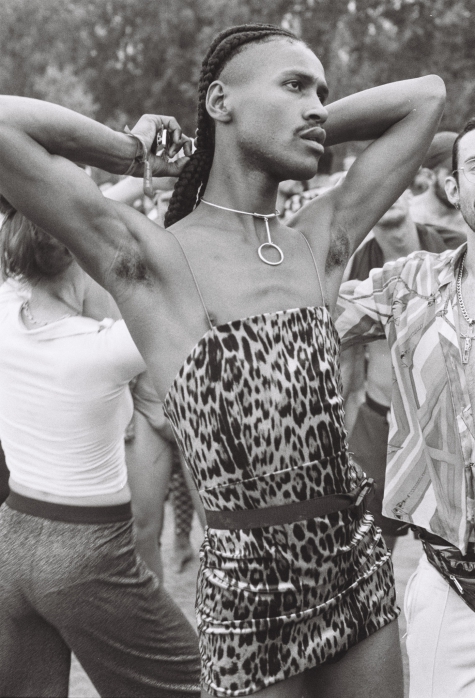 “It was only when we met Alex Kruger from Feel Festival, who was our partner for the first two years, that WHOLE actually took shape,” Raquel explains, “After visiting several festivals this summer, I feel reinforced in WHOLE’s significance for the queer community. Creating a safe space is rarely the aim of big events. But WHOLE goes beyond just partying. The festival has a very political background to it, and it strengthens the notion that unique things happen when we join forces. Watching the crowd from the booth, when The Black Madonna played ‘It’s Raining Man’ as her closing track at the end of the first festival day, was just priceless to me. I even had to shed a tear.”

After only three short years, the event has gained both a notorious rave reputation and widespread recognition by a global queer underground for its historic efforts in community building. The number of guests doubled from 1,5k to 3k in 2019, the organizers revealed. While the number of participating collectives also grew massively: 27 diverse, international groups joined forces this June—an unprecedented number in queer history.

As I walk over the festival grounds, surrounded by an energetic feeling of liberation and acceptance, I can see and feel this difference. “There’s nothing like celebrating summer with your tribe,” Riri Hylton wrote when putting last year’s WHOLE experiences into words for the electronic music platform RA. 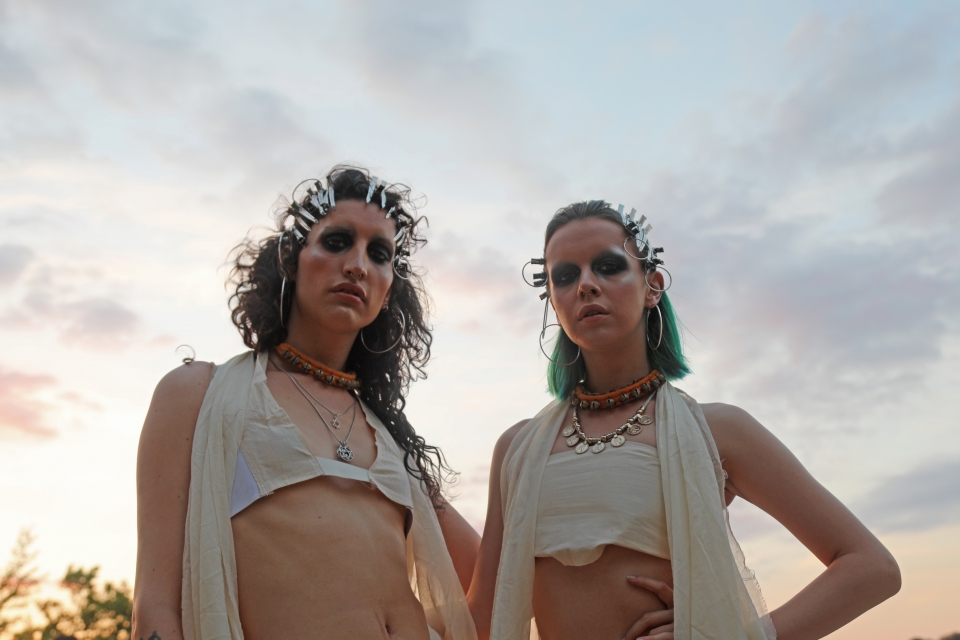 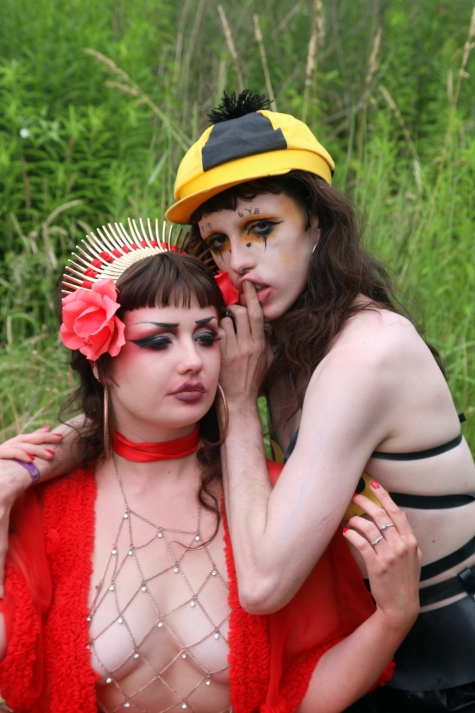 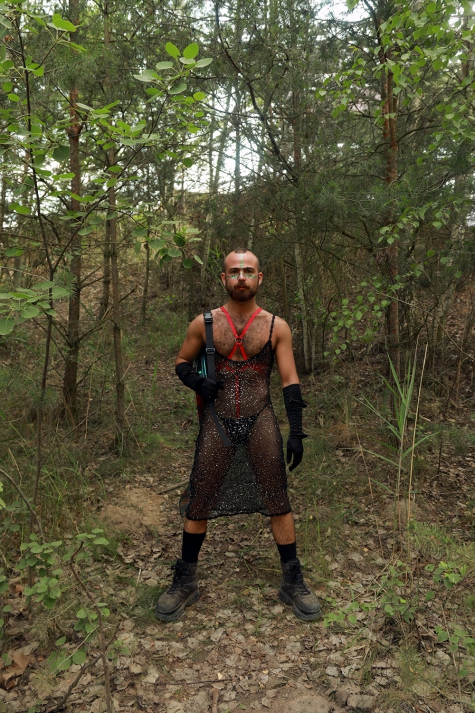 This year, however, it felt like the queer tribe—in all of its forms of unconstrained otherness—truly followed the call.

Despite the audience still being predominantly male, the crowd seemed closer to converging the WHOLE of the queer spectrum. Which found support by a diverse presence behind the DJ-booth—notably four female headliners—and a festival space and program that centered the needs and interests of all its attendees.

“For the first time in my life, I don’t need to fucking tone it down”

“Even within our community many people find themselves marginalised and not accepted, especially the trans and non-binary amongst us,” my friend Christian says, as our little group of fabulous faggots strolls along a shaded forest path from the Beach Stage to the Treehouse—a unique hub for lesser-known DJs delivering transcendental sets throughout this year’s festival—”Being here feels like a glimpse into a future where we, as a community, have learned to stand united.” 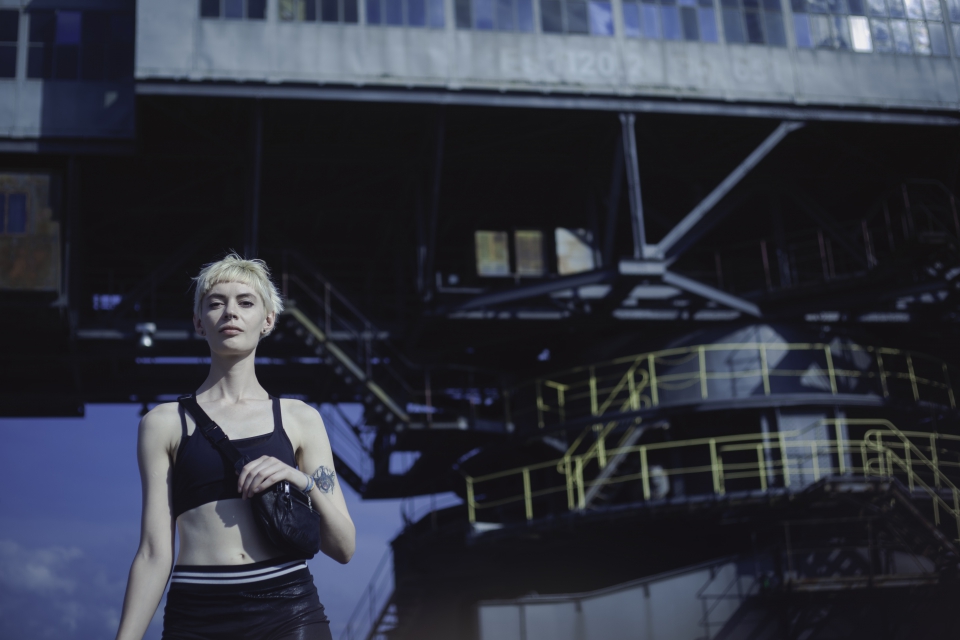 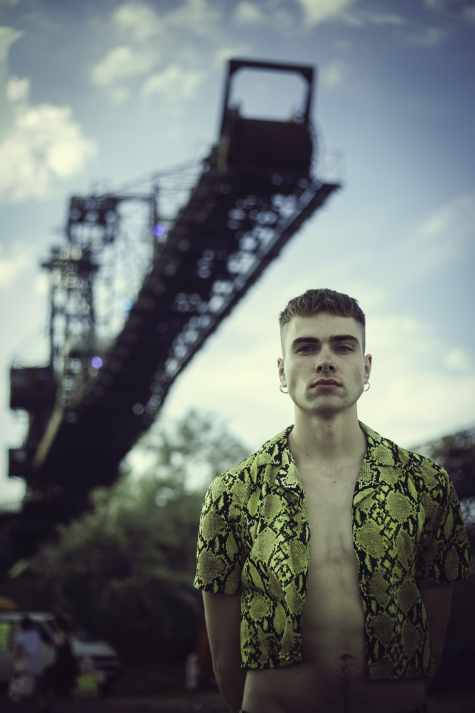 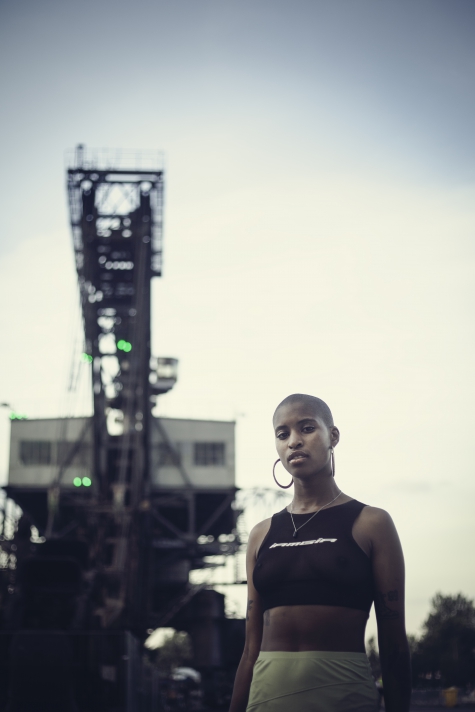 “I just love that it feels like we’re stranded on a queer island where the concepts of race and gender no longer exist,” my friend Marian responds who, as a queer man of color, is permanently confronted with these oppressive constructs. I smile at the joyful figures in sublime looks passing by. “You know, we just walk from one stage to another and I’ve seen everything from a beautiful wedding vale, to bedazzling gowns and full-blown FKK-nudity,” Christian laughs, as he puts on more of his bright violet lipstick, “For the first time in my life I don’t have the feeling I need to fucking tone it down.”

I think of our friend and favorite disco queen Qeas who—attending his first weekend-long festival—is having an, as he would call it, “out-of-this-world experience”; a freed spirit draped in neon-yellow fabric flowing across the sun-kissed beach while Buttons resident Jacob Meehan’s A-Game Chicago House is blasting out of the speakers.

“In many ways, the festival feels like a big family reunion,” Shaun J. Wright tells me, who I meet at the Beach Stage before his buoyant and inspired DJ-set later this evening, “I had the opportunity to accompany my sister, Kim Ann Foxman, when she played last year. I could feel the magic in the air, and felt lifted by the lovely natural environment, colorful decorations, and spirited dancers.”

Elevating just a few acts at this point, considering the range of exhilarating performances showcased at each of the three stages, would, however, not do justice to the festivals core aspirations. Despite bringing in acclaimed headliners, the independent festival’s booking mainly comprises each queer collective’s resident DJs. Which gives those, beloved by their local crowds, yet rarely on top of international line-ups, a chance to shine in the spotlight. 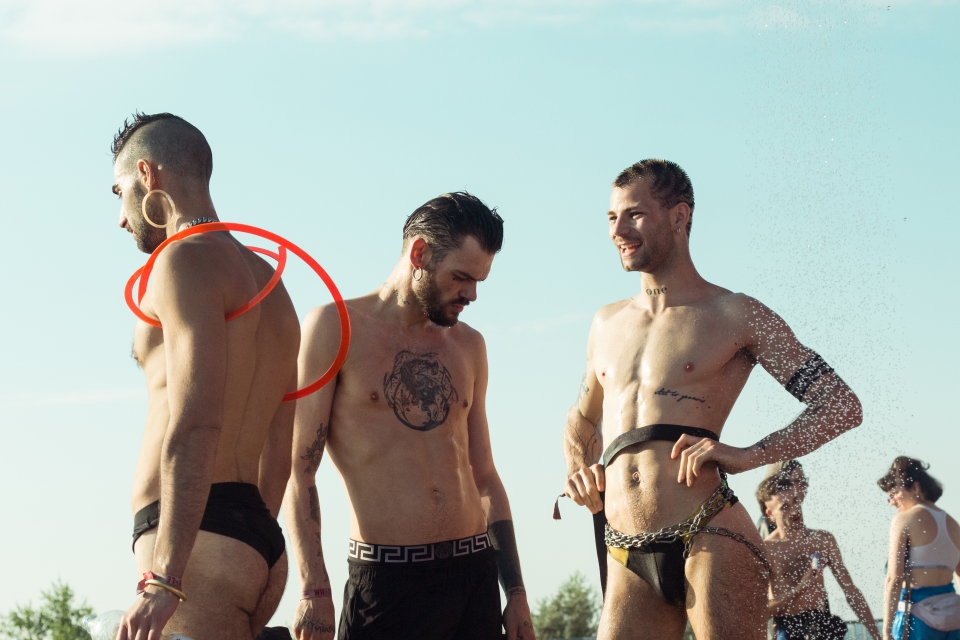 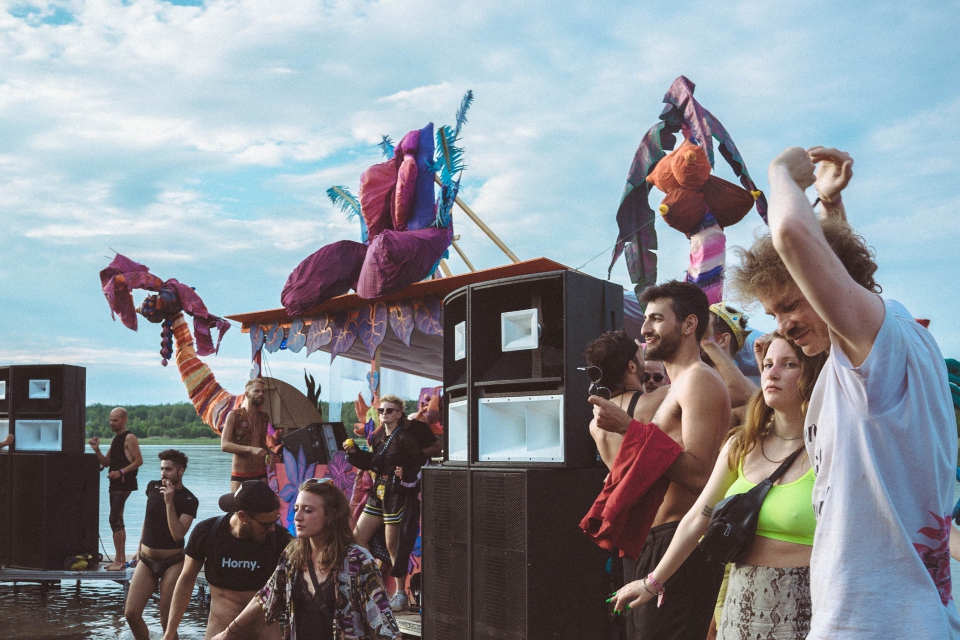 In times where dance music festivals have started to circle around the same list of well-sounding names, WHOLE centers a queer experience and leaves room for flaws, oddities, and unexpected surprises.

“Still today, queer people have to negotiate to survive the myriad of hateful obstacles and systems placed before us daily,” Shaun concludes his observations, “This festival offers us a moment to collectively breathe and simply just be. That’s sacred and revolutionary.”