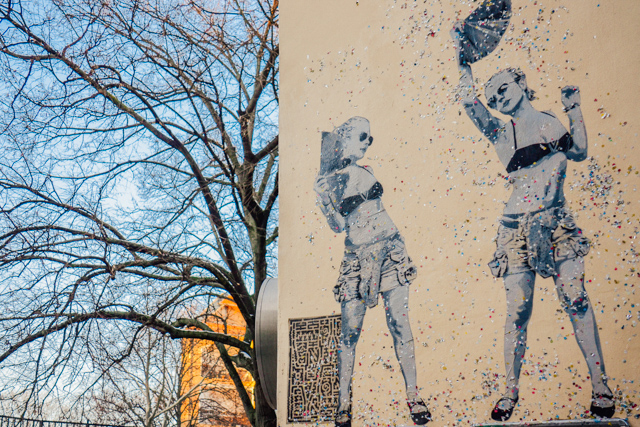 The dancing confetti girls first crossed our paths in Paris and London – but ever since they seem to have followed us back home to Berlin. There is a lot of street art in Berlin, but these girls who are often accompanied by the slogan It’s time to dance do stand out to us. Why? Because we feel them so very deeply and they represent an important part of Berlin: Dancing, moving, being free, wild and partying. And the best parties obviously need a lot of confetti.

The different confetti covered pastings of the dancing girls were created by the French street artist SOBR and even though his project ‘It’s time to dance’ has been going on for a while and it seems like he hasn’t made new ones for a while, a lot of the enthusiastic dancers are still around. Pay attention, once you’ve spotted the dancing girls, they will follow you around town. Here are the girls, we found while strolling around our neighborhood… 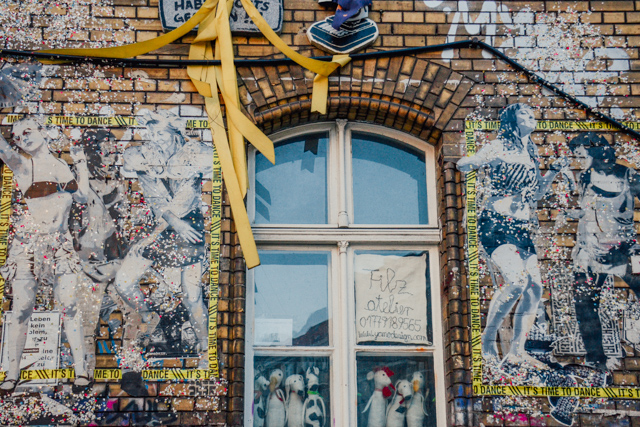 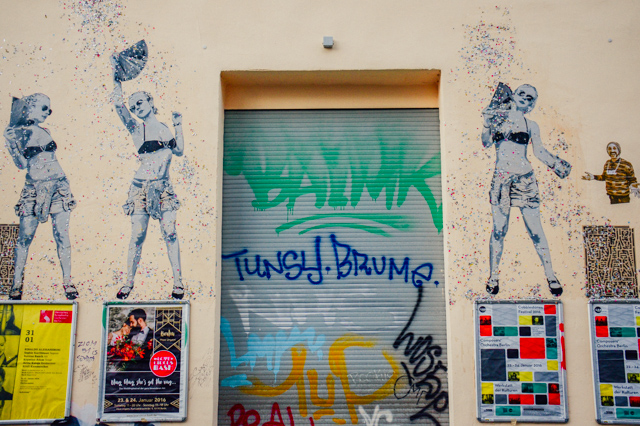 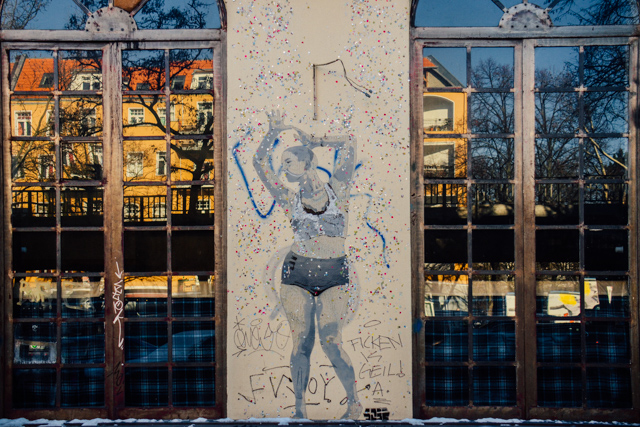 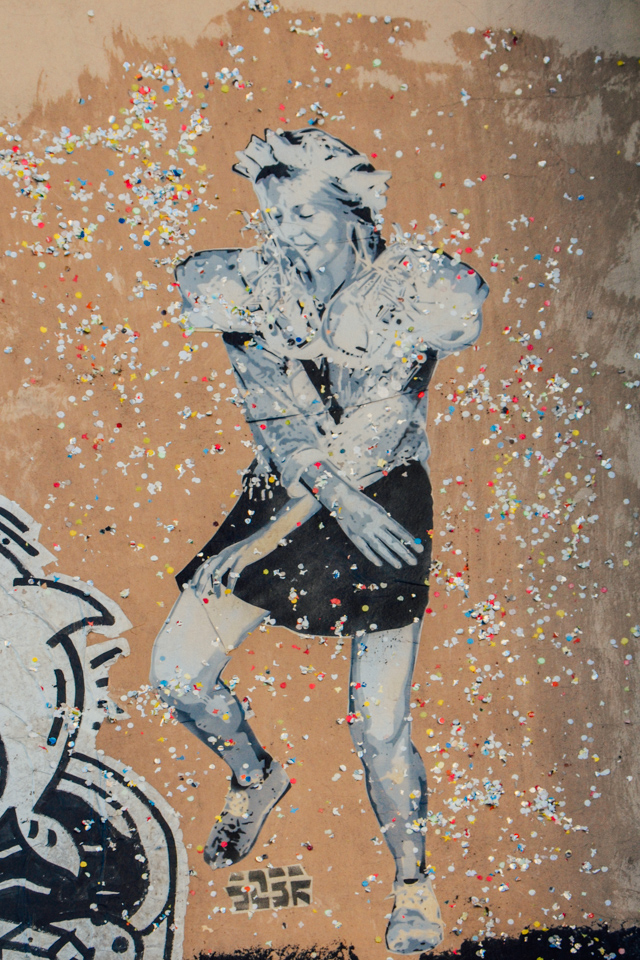 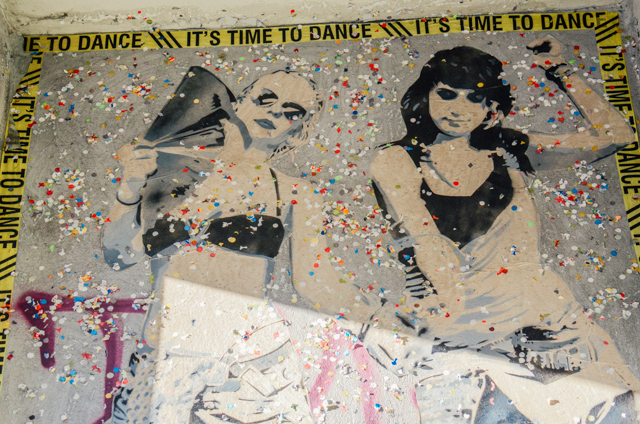 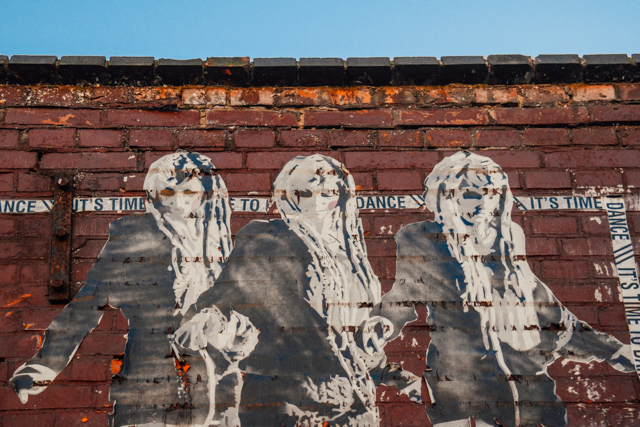 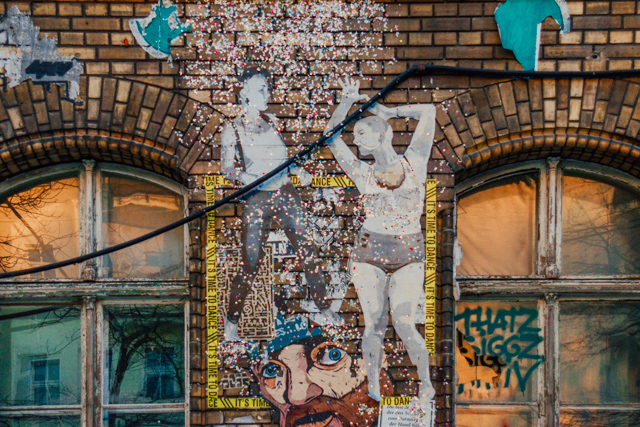 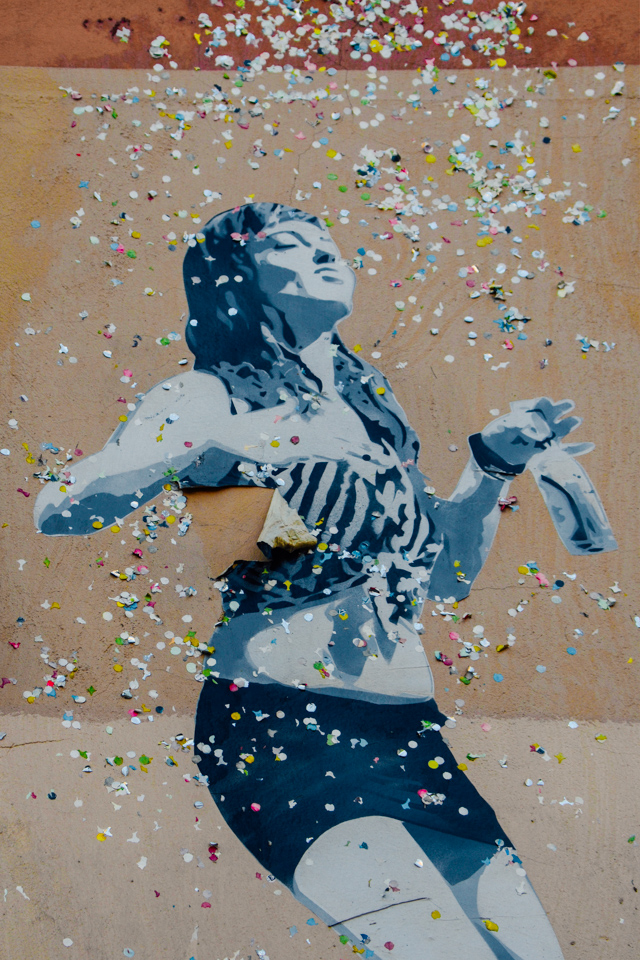