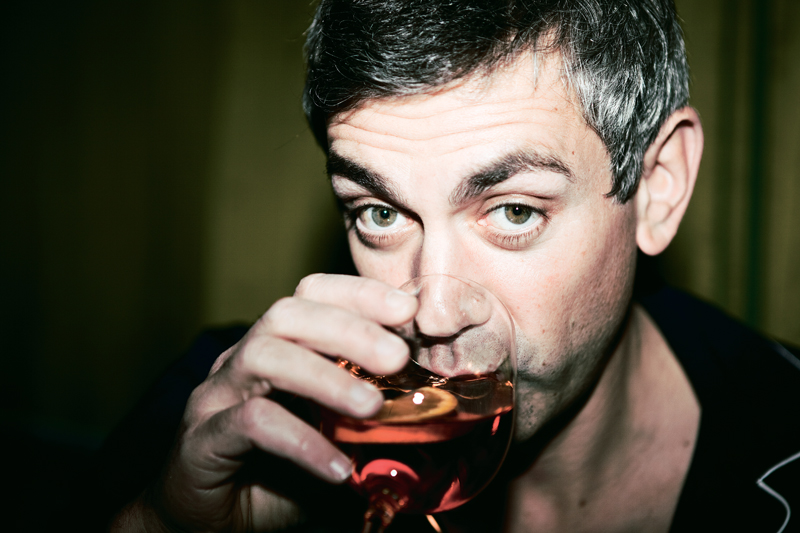 Excuse me for repeating myself. I have to emphasize though, just how much of Berlin’s spirit is shaped by the many different parts and past particles floating in the air – stories that are engraved in house walls, moments that are carrying on. All the tears cried in bars, all the words spoken on park benches, every fight in front of a house: worth telling and still palpable. When you walk around the city, you don’t see them. But be sure to know: the city’s vibe is made of every single one of them.

Germany is the country of poets and thinkers, of word acrobats and phrase artists. A great deal of writers and poets have seen the light of day here and – at some point or another – lived in Berlin. We did some researching and now present to you part 2 of our series “Famous Exiles of Berlin” – the writers edition. From Kafka to Kaminer, we present to you a list of 10 famous and gifted writers and chroniclers – of poets, that graced this city with their presence at some point. Right after the jump.

Let’s start with the beginning, with the era of Aufklärung, the age of light so to say. Gotthold Ephraim Lessing was one of the major poets and philosophers of the German Aufklärung. His publications ranged from dramatic and theoretical scripts to many influential works in theater. Lessing was one of the first critics that publicly spoke about how the human rationale could develop itself, without any godly epiphany. He had an on-off-relationship with Berlin, it seems. His biography reads of many turns and detours. It was November 1748, when Lessing first moved to Berlin. The second time he came to the capital was 1752. This time, Lessing moved in with fellow poet Chrisitan Nicolaus Naumann. The third time Lessing moved to Berlin was in 1758, publishing famous letters together with philosopher Moses Mendelssohn. One of the most famous works by Lessing is probably Nathan the Wise. 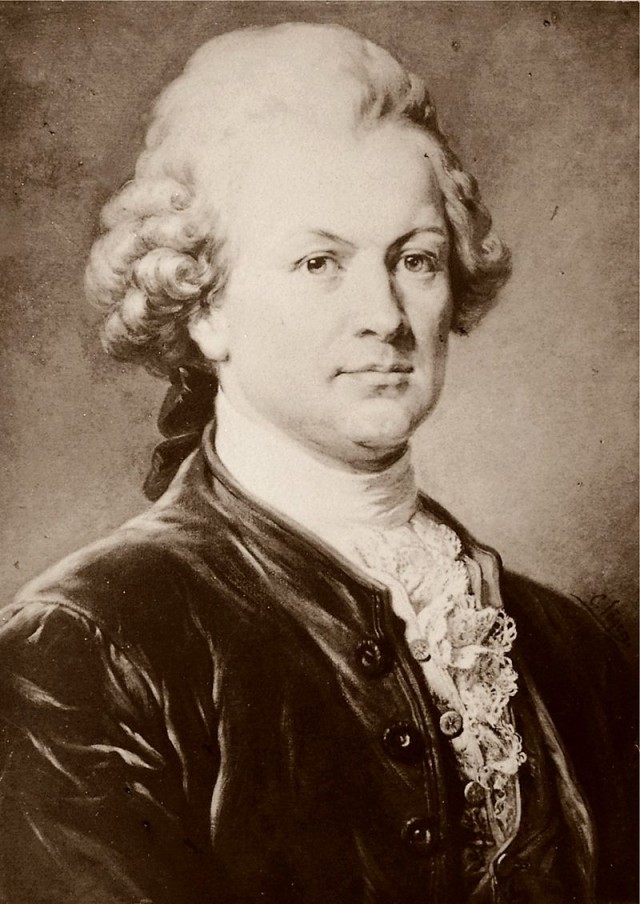 You almost can’t talk about the 19th century without mentioning Heinrich Heine, one of the most meaningful writers, poets and journalists. Born in Düsseldorf, died in Paris, Heine spent quite some time in Berlin in between. He studied in the capital from 1821 to 1823 and listened to lectures by famous speakers and thinkers like Hegel. It was during his time in Berlin when Heine debuted as a book author. He published numerous poems and tragedies. His poem The Silesian Weavers is still considered as one of the most powerful documents of political poetry and a testimony to the industrialization. Nowadays the U8 metro station Heinrich-Heine-Straße is evidence of Heine’s mark left on the capital. His works on the other hand, are themselves marked by the capital. 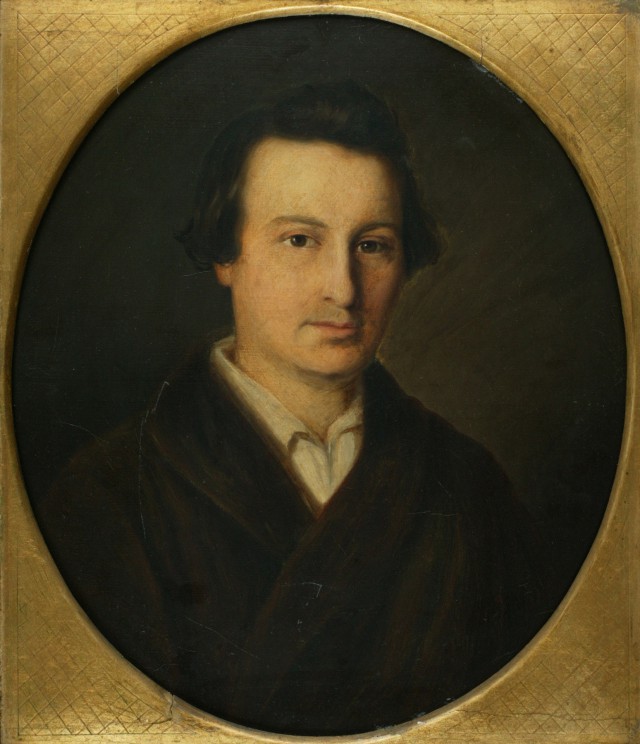 Samuel Longhorn Clemens, aka Mark Twain, was an American writer of magnitude. For five months, in the years of 1891/1892, Twain lived with his family in Berlin. Many myths entwine around the author of Tom Sawyer and his time in Berlin. It is said that he was treated royally, even dining with Wilhelm II, the last German emperor. It is also said that Twain thought Berlin was the ‘newest city’. He sure could still be right about this today. Berlin Journalist Andreas Austilat has a lot more to tell about what Twain thought of the capital. You can get his book here. 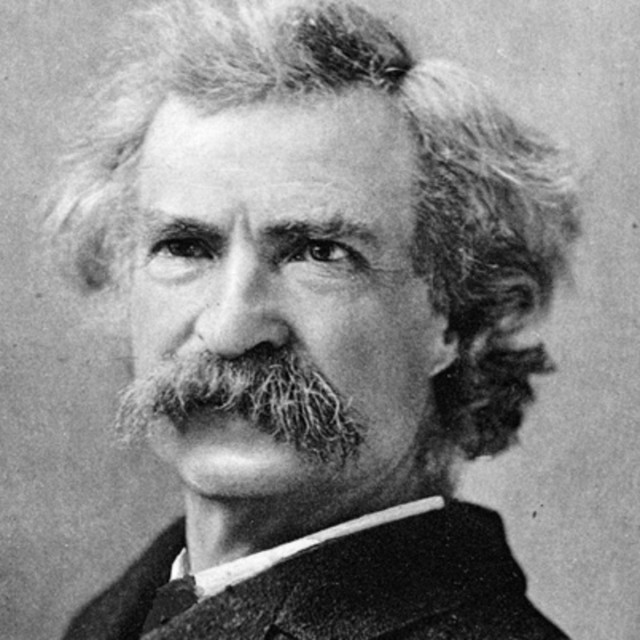 “Berlin is such a better city than Vienna, this stalling huge village… Even I am feeling the bracing effect of Berlin, or more so, I know I would get to feel it, if I relocated to Berlin.”
(translated freely from the original quotation here.)

Kafka visited Berlin numerous times before he decided to move here. The first time in 1910, he moved to Berlin finally in 1923 – unfortunately with about one year left to live. But he made the final move from the Vltava to the Spree. Together with his girlfriend Dora Diamant, Kafka first moved to Steglitz, Miquelstraße 8 – now called Muthesiusstraße – and later in Grunewaldstraße where he spent his last winter. Kafka, with his exact and sinister literary works, is probably one of the most interesting exiles of Berlin. There are too many good works of his to even name a few, but we’re sure if we mention The Judgment, you’ll know who we’re talking about. 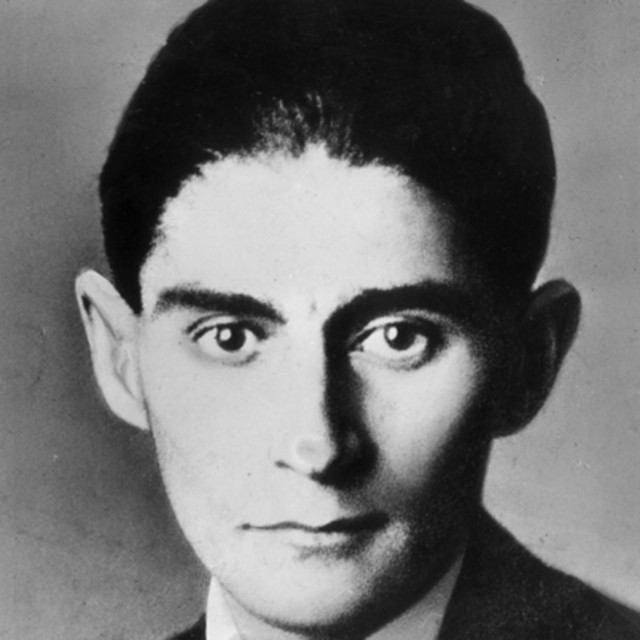 One of the most influential dramatists of the 20th century was Bertolt Brecht, probably best known for his establishment of the epic theatre, or for his works like The Good Person of Szechwan or Mother Courage and Her Children. Born in Bavaria, the poet lived a distinctive amount of time in Berlin in exile with his second – and last – wife Helene Weigel. In the Chausseestraße, at Naturkundemuseum, Brecht spent his last days. Today, the Brecht-Haus on Chausseestraße is named after him and you can visit his rooms in their original condition. 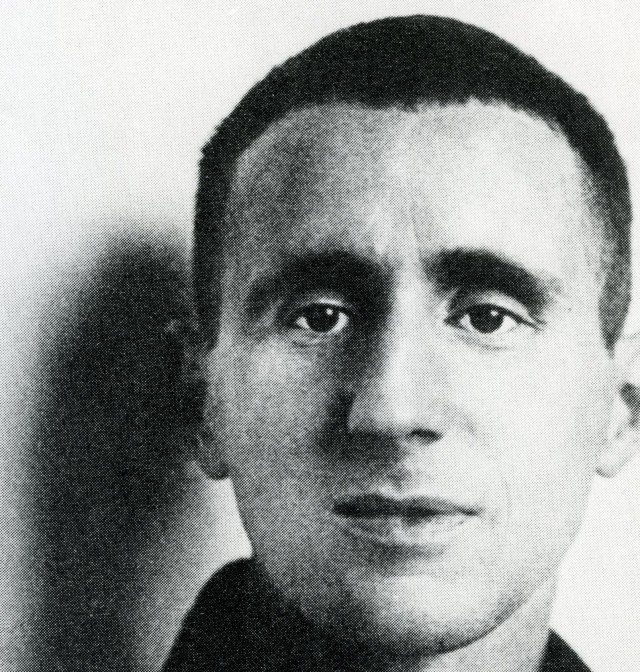 Vladimir Nabokov lived in exile quite often. The Russian-American novelist first flew from Saint Petersburg due to the October Revolution to Germany, and in 1922 Nabokov moved from Great Britain to Berlin. And even though at this time the city du jour was Paris, Nabokov stayed in Berlin and wrote many of his novels. Mashenka was published in 1928 and after 15 years Nabokov spent in the capital, he moved with his family to France. Today, the commemorative plaque at Nestorstraße 22, one of Nabokov’s residences, remembers the writer and his time in Berlin. 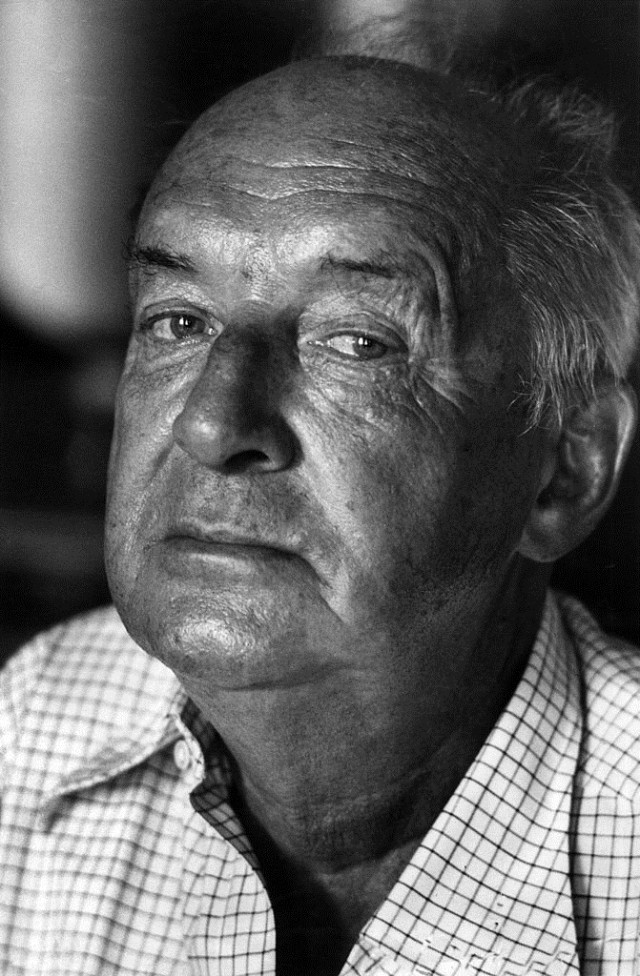 British-American writer Christopher Isherwood got famous in the LGBT scene with his Berlin stories, which became the basis for the musical Cabaret. He followed fellow writer W. H. Auden to the capital in 1929. He was fascinated by the city and its bars and nightlife in the gay-lesbian districts. Isherwood used to live in Kreuzberg and Schöneberg near Nollendorfplatz, where today a commemorative plaque remembers him. After many nights, he decided to move again, together with his life partner, to a little island. Hitler was coming into power and living in the capital became unbearable. 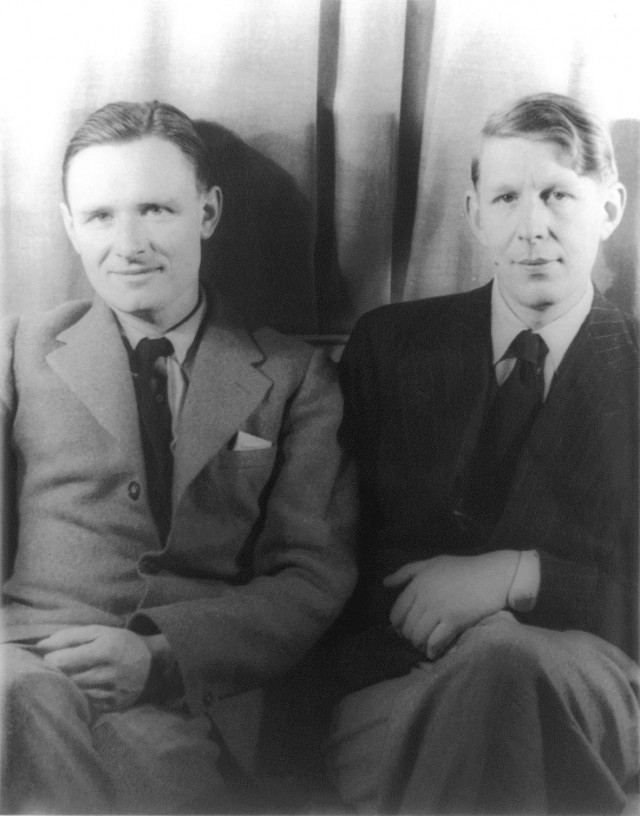 Grass, another one of the influential German creatives first lived in Berlin from 1953 to 1956 and studied fine arts. The author of The Tin Drum lived for quite some time in Friedenau, where he felt at home, and wrote about it with fondness. Up until 1996, Grass stayed in his beloved Friedenau and was politically active as an outspoken Social-Democrat. Though he didn’t stay physically, Grass always stayed connected mentally with the city.

Susan Sontag – publicist, essayist, director and famous critic of the social conditions in the US – was a fan of the Berlin movie theater ‘Arsenal’. As a frequent guest of the capital, Sontag curated a show in said ‘Arsenal’ in 1990 and is associated with the capital quite often. Like no other, Sontag knew how to combine pop culture and theoretical scripts about film, photography and politics. Just last year, around this time, ‘Arsenal’ showed some of Sontag’s works. 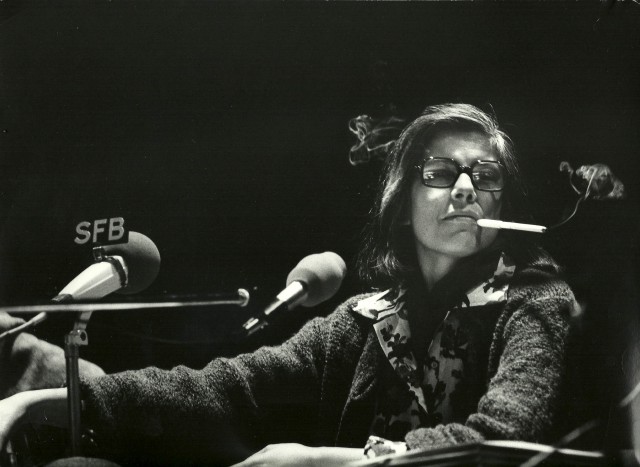 Married couple Wladimir and Olga Kaminer are very present in the literary culture of Berlin. Around the same time, in 1990, they moved to Berlin Prenzlauer Berg, right where the Mauerpark is. One of Wladimir’s most prominent works, the novel Russendisko, was published in 2000 and told many of his adventures and experiences in Berlin. Olga published three books, also talking about Russian life. Together, the Kaminer’s live with their two children in Prenzlauer Berg. You can catch Wladimir on one of his many readings or events here. 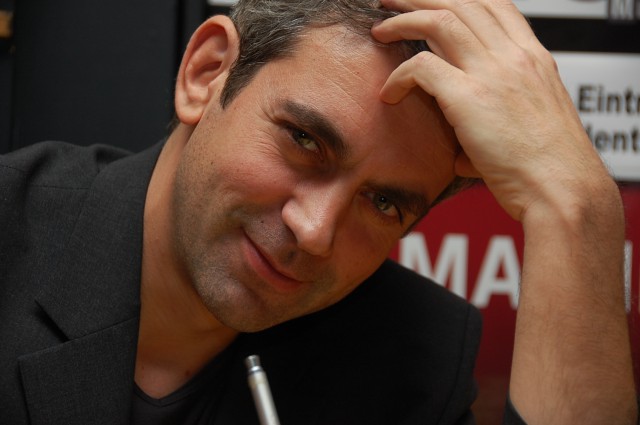 photo: Wladimir Kaminer by A. Walther

We hope you enjoyed our little selection and literary excursion! See you in the next episode of Famous Exiles of Berlin.