When I first arrived in Berlin a little over a year ago I knew I would encounter plenty of cultural shock. I had no idea, however, that dating in Berlin would be a 9 on the damn Richter scale. My current self wishes she could have warned her past self to brace herself. I was in for a shake up.

The first time I went out in Berlin, I came home feeling convinced that something was seriously wrong with me. No one tried to hit on me the whole night (or so I thought.) Could they smell the American on me? Was I not wearing enough black? Were my dance moves not robotic enough?

Now don’t get me wrong, there are definitely some positive sides to being a female at a Berlin nightclub. Chances are your butt won’t be groped, your drink won’t be spiked (because having a drink bought for you is highly unlikely), and you won’t have to listen to cheesy pickup lines such as, “would you like some fries with that shake?”— (yes, someone has actually muttered these words to me.) I can’t speak for other nightlife around the world, but going out as a female in the US means you’ll likely spend the majority of the night deflecting unwanted attention. I had normalized this behavior so much that when I didn’t have it, I started to wonder if something was wrong with me. 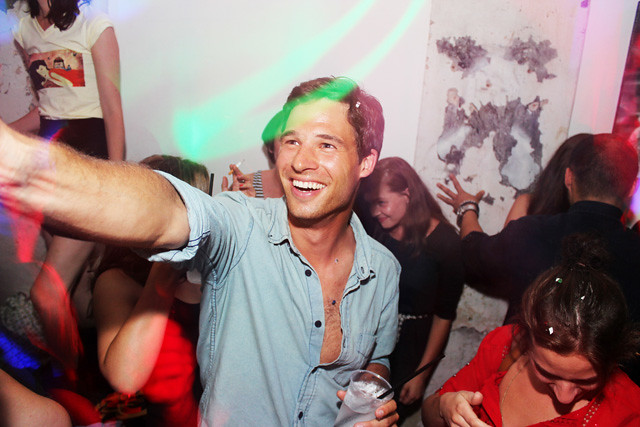 After asking some of my female friends on their thoughts, and observing Berlin boys in their natural habitat (the dance floor at a techno club), I slowly came to the conclusion that they aren’t necessarily bad at flirting, they just have their own special way of attracting the opposite sex.

While dancing at Homopatik at about//blank one evening, I began observing the crowd around me. Directly in front of me, I noticed a group of three handsome German boys. At first I assumed they were gay (I was at a party called Homopatik, after all) but quickly changed my tune after observing them a bit longer. One of the guys in the group (we’ll call him “Günter”) took a liking to a girl (we’ll call her “Gertrude”.) How do I know he took a liking to her? Well for starters, he made eye contact with his friends and then motioned his head her way, as if he was getting their approval before making his move. They both looked her up and down and quickly nodded with approval. All the while, poor Gertie had no idea any of this was going on. 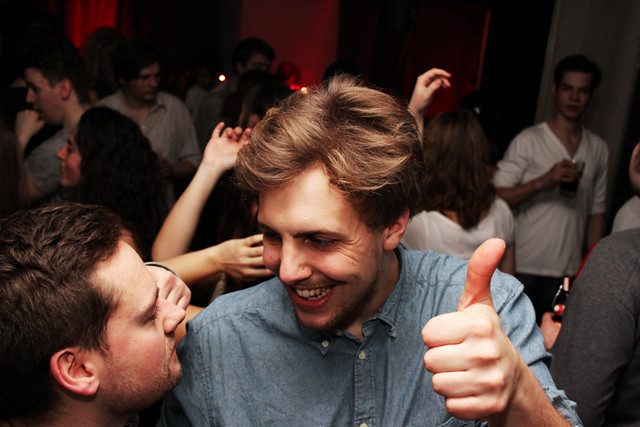 At this point I expected Günter to take this opportunity to casually bump into her and then politely apologize before asking her name or saying something witty. Or maybe he would slowly move towards her and try to dance with her.

He did, however, proceed to get behind her and dance extra hard. When I say “hard”, I mean he was suddenly a fist-pumping running man who looked more like he was having an epileptic seizure than trying to flirt. Mein Gott, was this really happening? And on top of that, he was serious. Günter was dead serious. Meanwhile, Gertie still had no idea about the chaos that was going on around her. 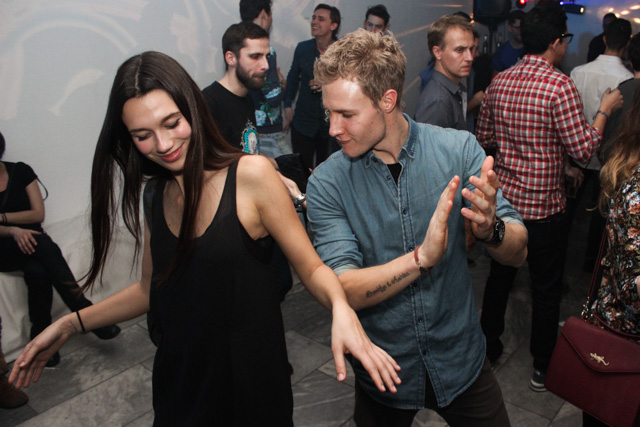 There is a happy ending, however, the next time I spotted Gertie and Günter, they were dancing, talking, and laughing. It worked. I couldn’t believe it. This got me thinking. How many guys had I unknowingly rejected simply because I had no idea they were dancing behind me like an excited circus monkey?

While at Grießmühle one evening (or was it morning), it was one of those glorious (and rare) times that I was a minority as a female in a sea of straight (and attractive) men. Though I was there with a date, I was approached by at least eight different guys throughout the night. 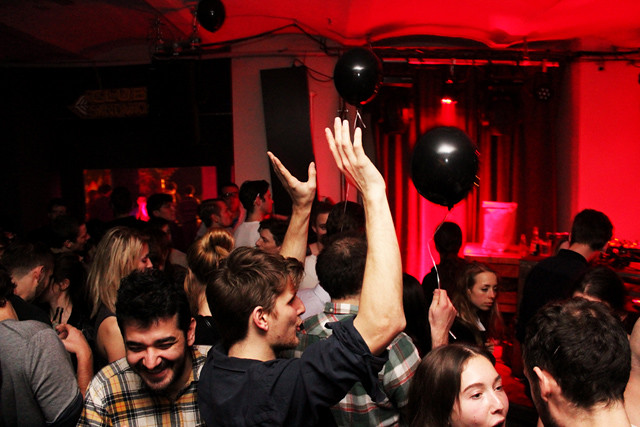 They did, however, ask me for one of the three following things; a lighter, a cigarette, or rolling papers. Now tell me, why you would you stop someone who is dancing with reckless abandon, and not smoking, to ask her for one of these things? After giving each of these men an honest answer, “no, sorry”, they danced away! That was it! Case closed! It didn’t really click until the 3rd or 4th time I was asked—but by golly, this was a German man’s odd way of flirting!

There you have it ladies. If you are wondering why you haven’t been hit on in a while, perhaps you should reevaluate everything you’ve been taught about dating norms up until now. Boys in Berlin are totally into you, they just have a funny way of showing it. Chances are there have been a plethora of attractive men flailing behind you, waiting for the appropriate time to ask you for a cigarette, yet you have been (until now) totally unaware. 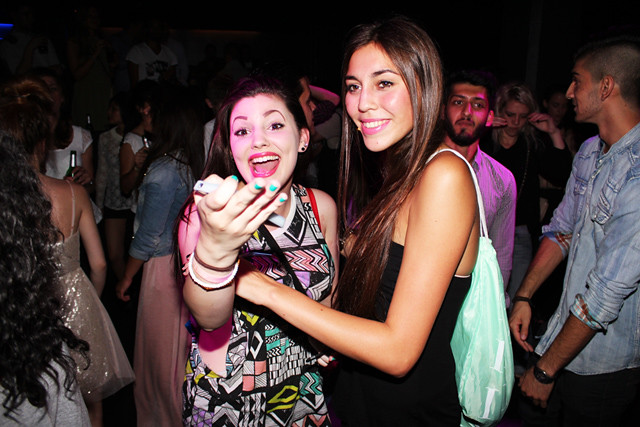 I don’t know about you, but from now on I am going to incorporate a 360-turn in to my dance routine as well as always keep a Feuerzeug in my back pocket… just in case.

What curious observations have you made about the flirting behavior of Berliners? Let us know in the comments below!