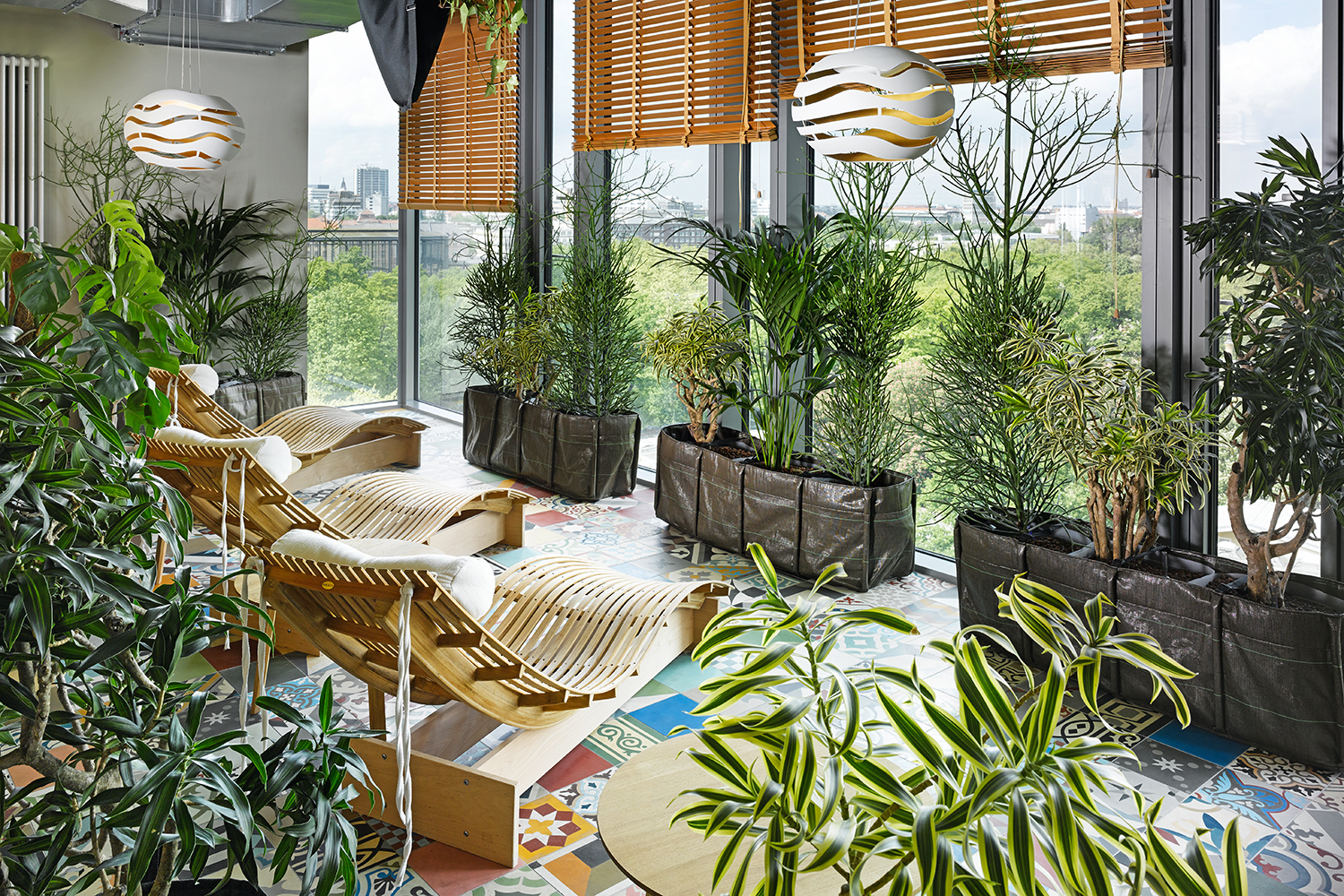 Over the years, we have given you plenty of tips on how to do Berlin on a budget – we’ve even provided you with this handy guide to our city’s most awesome hostels. But Berlin has more to offer than that – and we’ve got you covered when you feel like splashing some cash on your accommodation. Whether it’s your NYC friend asking you for advice on some fancy lodgings, or you’re searching for an apartment that’d be an escape from the city’s hustle and bustle without the need of hopping on a plane, check out this guide for Berlin’s coolest design and boutique hotels and holiday homes!

Linnen Berlin offers fantastic rooms and apartments in the central and hip neighborhoods of Prenzlauer Berg and Mitte – perfect both for a short city break and a prolonged stay. They also have their own cafe and bar. Every single space has its unique style and is carefully furnished with a great attention to detail – be it one of the rooms, the suite, or the studio apartment. 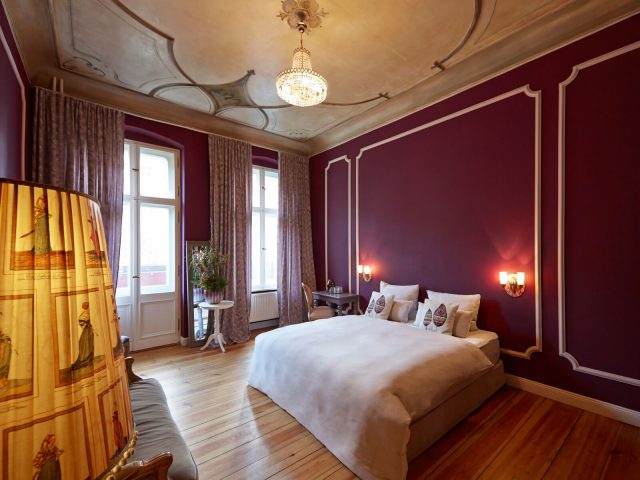 The name says it all! The lavish serviced apartments available at Brilliant Apartments would make anyone instantly feel at home. The interior is filled up with colorful elements that are modern and stylish, yet cozy at the same time. The location in Prenzlauer Berg (namely on Oderbeger Straße, which is definitely one of Pberg’s loveliest streets) makes it a great starting point to explore the city. 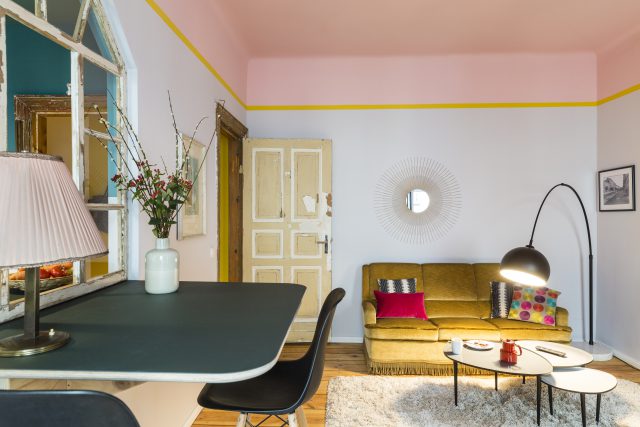 These fancy rooms have plenty of character. Gorki Apartments is a residence with a charming retro flair right in the heart of Berlin. All of their apartments and penthouses are very elegant and classy. Personally, I can’t get over the fact how intriguing and playful their logo is – Gorky’s impressive mustache is not something I’d have associated with luxurious accommodation before.

urbndreams invite you to the heart of Prenzlauer Berg where they’re waiting with two deluxe apartments – ”urbn jungle” and ”weaving woods”. Both interiors, coming with sweet extras such as complimentary coffee and a rain shower, are designed with plenty of elements that bring you closer to nature – both aesthetically and ideologically, since the spaces are furnished with organic materials. 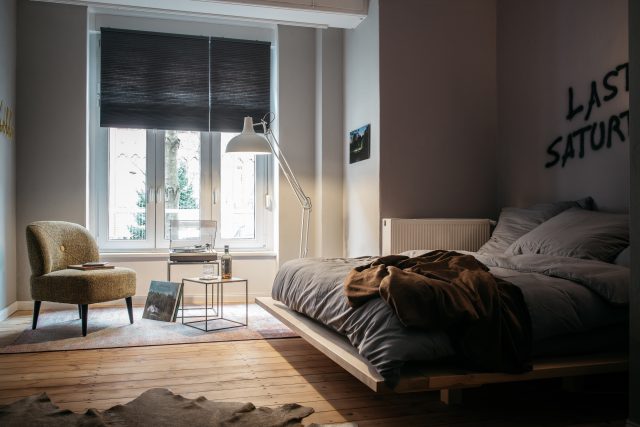 Every Berliner recognizes the iconic entrance to the Michelberger Hotel at Warschauer Straße – for quite a while, it read ”the past is over” and was frequently photographed by locals and tourists alike. The inside of the hotel is just as intriguing. Every room is an individual architectural rarity – just take a look at this picture of one of their ”Hideout” rooms, designed by Berlin-based architect Sigurd Larsen and complete with sauna, kitchen, bath and rain shower: 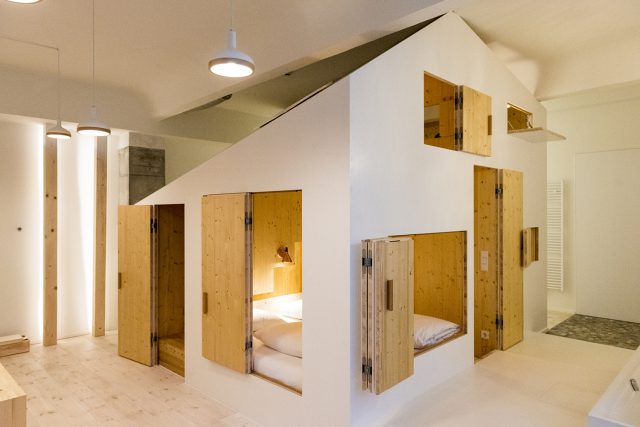 Your very own gateway to Kudamm’s timeless opulence: this luxurious hotel and its 130 rooms and 14 suites is no stranger to the concepts of the finest service and highest comfort. The elegant building it’s located in has a history of over 120 years, and had functioned as a hotel before until it was closed from 2012 to 2014. 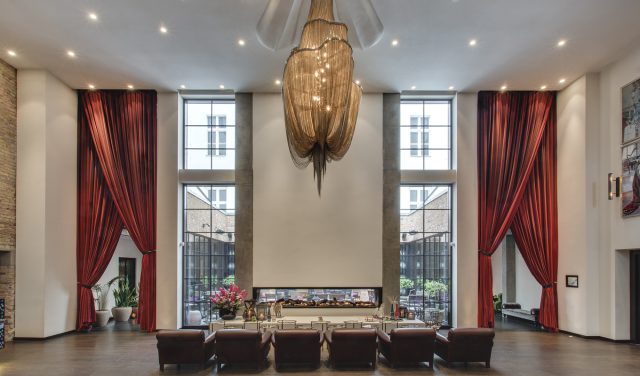 The 25hours Hotel in Bikini Berlin is part of an international chain of design hotels. Their space in West Berlin is playful, carving out a new definition of the concept of a deluxe urban jungle. The fancy accommodation is surrounded by many great facilities, like a sauna, a gym, a shop with awesome lifestyle gadgets, a bar and restaurant, and even their signature bakery. Their best feature might be the direct view of the Berlin Zoo. 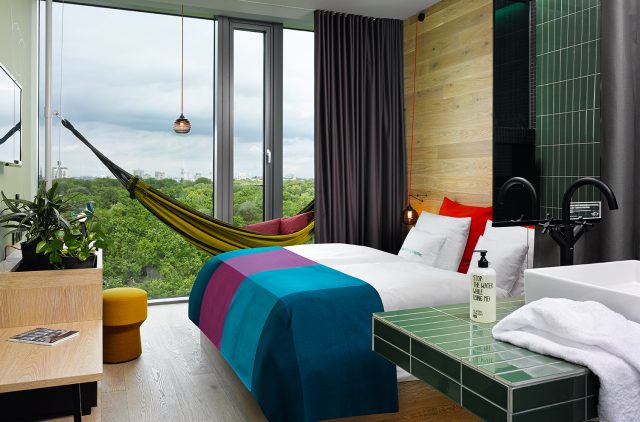 Now this is a boutique hotel that appeals to all the senses. The aesthetics of the lavish rooms at the design hotel Provocateur harken back to the Paris of the 1920s and fit perfectly to Berlin’s hedonistic spirit of today. There are over 50 seductive rooms and suites available at the Provocateur, and each one of them is a one of a kind scenery inspiring the visitors to truly unwind. 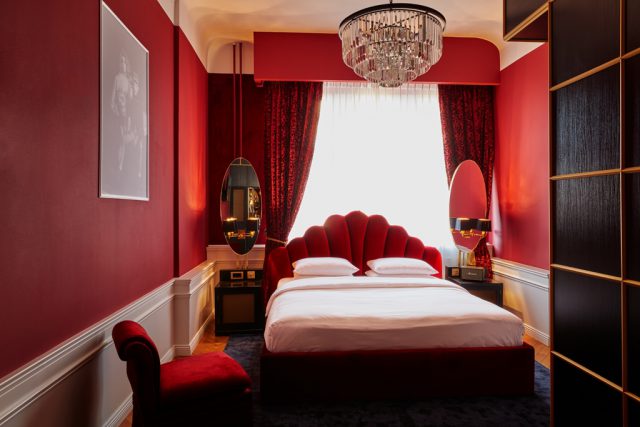 The name should give you some idea about the location of this boutique hotel for adults only. Right in the heart of Mitte, it grants you an easy access to the fancy shops and boutiques, coworking spaces and major tourist highlights. But chances are you may feel like staying in – enjoying the cushy yet chic interior, with both gym and spa available. 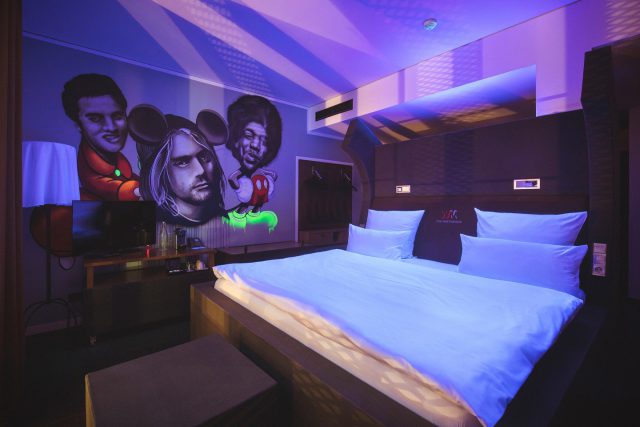 Pure luxury in close proximity to Berlin’s biggest park, Tiergarten. Das Stue will satisfy even the most demanding guest seeking luxury with their bespoke furnishings and splendid facilities, including spa, restaurants, five meter high ceilings and free-standing bathtubs. To make the experience even more unique, Das Stue often invites their guests to live music in their bar. 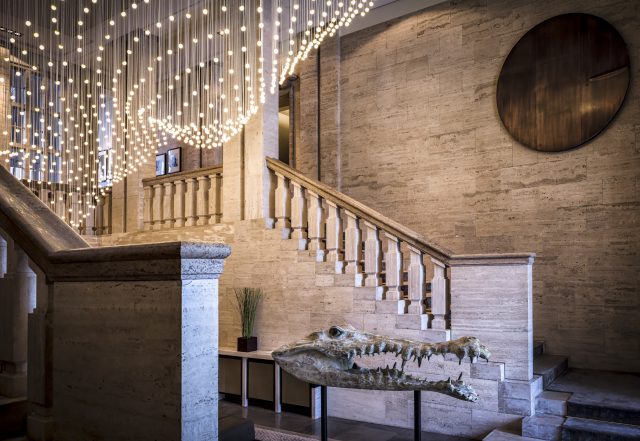