Discover the Secrets of Cacao Ceremonies in Berlin 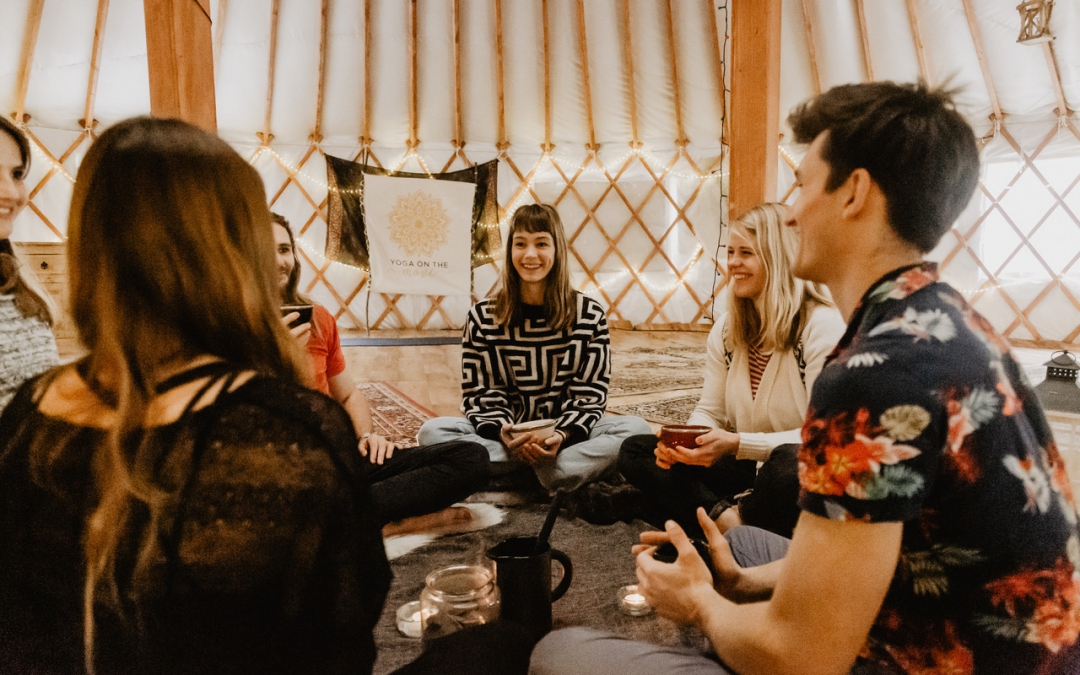 I experienced pure cacao for the first time last winter after ice bathing in the frozen lake of Plötzensee with the group Ice Dippers. Its founder, Jonas, served us hot cacao as we came out of the water. The first sip of pure cacao is really bitter and far away from the warm chocolate you probably experienced as a kid. Though, I enjoyed a full cup of it, not only for its taste, moreover for the mixed feeling of relaxation and stimulation it provided me. I couldn’t stop asking myself where this cacao could come from? Or if there was anything added to it. I had to ask Jonas about the story of this Moruga cacao that he had served us which goes actually way beyond our usual experience of cacao.

Jonas, first got word of cacao’s stimulating effect through a friend, Ben, who himself discovered it during a trip to his own roots in the Caribbean, which has a long-standing cacao growing tradition. On his second day in a tiny town called Moruga, on his grandma’s porch, Ben had his first encounter with traditional cacao – cocoa tea as they call it in the Caribbean. He got high. So high in fact that he believed his auntie put some special herbs into the chocolate. Only when he asked her, she told him with a big laugh that he was drinking pure cacao, nothing else. 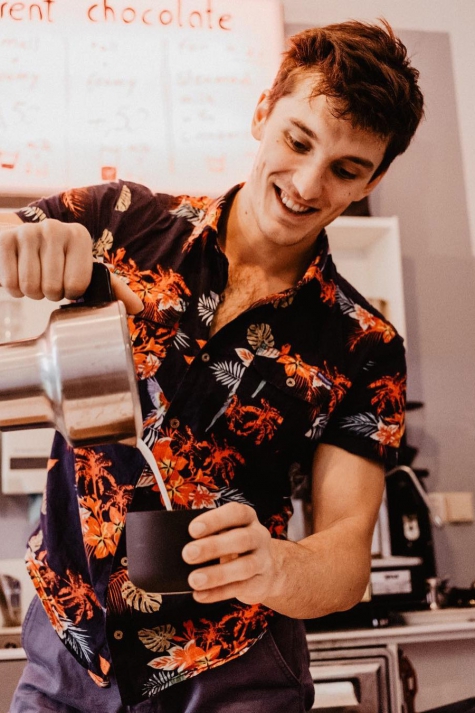 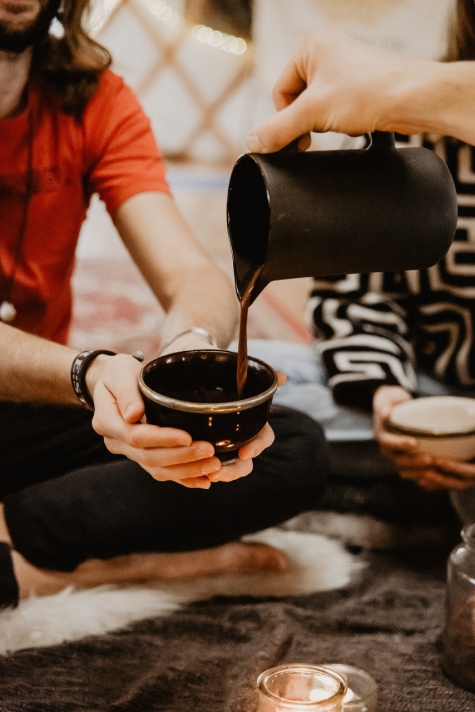 Years later, Ben became Jonas’s roommate and the two of them were drinking the cocoa tea that he brought with him quite regularly. But it wasn’t until Jonas started a small business importing cacao, Moruga Cacao, from his connections and farmers in other countries that he stumbled across the “new age phenomena of cacao ceremonies”.

A few months into the cacao trading business in Berlin it was inevitable that Jonas gets invited to participate in a cacao ceremony. “I had no idea what was waiting for me,” he told me, “ but I was really curious. Not the religious type but not a complete atheist either, I am definitely someone to value new experiences.” So his first cacao ceremony took place at a spacious Kreuzberg apartment where the atmosphere was that of a highly relaxed house party. People had time and they wanted to stay in this place as long as they could – “that’s something I immediately sensed and felt myself”. 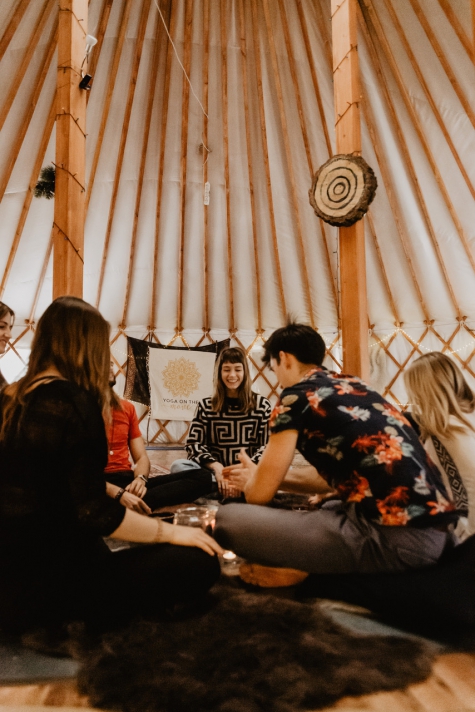 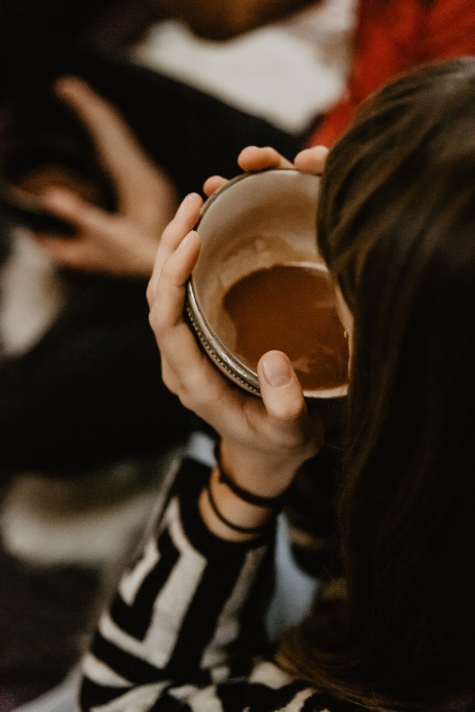 While the cacao was prepared in a large pot with warm water, people shuffled towards the center of the living room, where helping hands set up a circle of pillows, lit candles and poured water for everyone. The ceremony started. Michael, the host, spoke about the need to change the world. “Statements that touched me flowed out of him like out of a spring. He didn’t think twice, he didn’t take time to consider things. He’s truly convinced of what he’s sharing and he’s speaking from the heart, that you can feel.”

The evening went on with Michael inviting everyone to speak freely from their heart. No red thread, no direction. “Whatever people said, it made me feel like I tapped into their personal wisdom and I could take something away from that. I can recommend anyone who’s skeptical to join Michael’s weekly Sunday rituals to get a fresh view on their habits and themselves.” 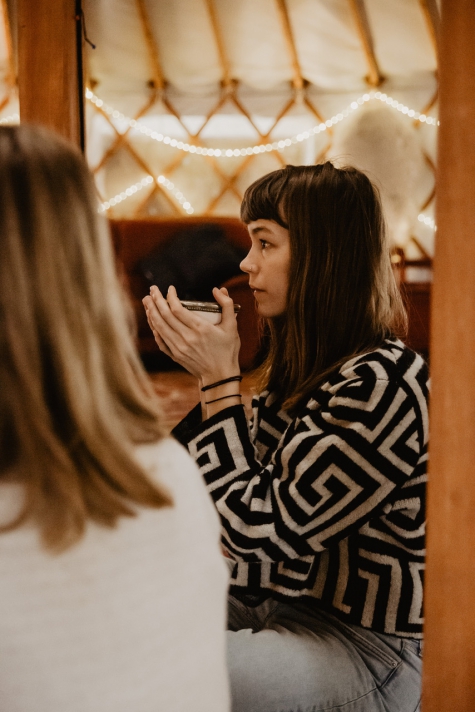 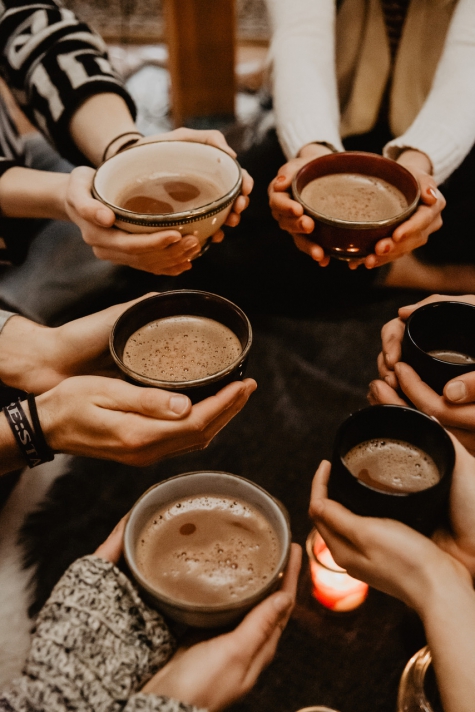 Jonas is fascinated by the world of modern science as well as the historic spiritualism. From holding cacao ceremonies together with Michael every Sunday he knows what a beautiful resource he discovered with Moruga Cacao and how great the value of cacao ceremonies is to the people who attend them. This Thursday, Jonas will be hosting his first event in collaboration with the eco brand Ecoalf to present the benefits of Moruga Cacao for our mind and body as well as for our planet. Come by and find out more about it!

Laurent is the founder of Music On Walls, a project dedicated to the promotion of visual arts inspired by music. Through his passion for art and running he created the Urban Art Run Project together with a running app, Runlive.