Here’s What You Can Do To Fight Against Racism 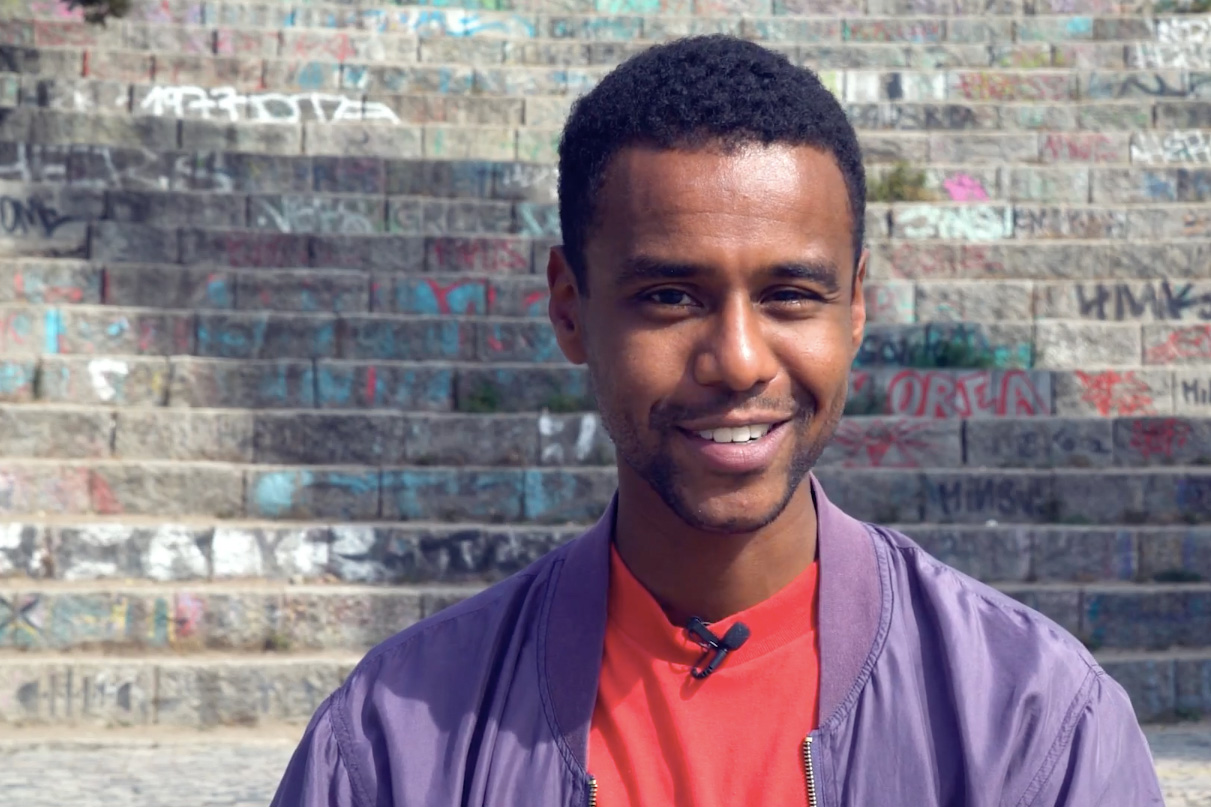 Tarik has been bopping around the web since 2015. As a self-proclaimed “gender-messiah” and “do-gooder” the young Berliner vlogs about gender equality, LGBTQI*rights and racism in Germany in weekly shamelessly spot on and self-ironic videos. As a German gay man of color his politically incorrect, razor-blade lingo served with a charming smile on top does, however, not only gain him fans.

Let’s just say, the comments on his YouTube-channel can get pretty ugly. Apparently, it’s: love Tarik or hate Tarik and nothing in between. Take the hate and turn it into a “Weil wir dich haten, Tarik-Heul-Mimimi-Hymne” (the “Because we hate you Tarik-Whine-Mimimi-Anthem”), is Tarik’s response to that. Even if you don’t understand German, that’s pretty hilarious.

iHeartBerlin is definitely in love. “Give racism the finger” (“Zeig Rassismus den Stinkefinger”) is a GoFundMe campaign started by Tarik that supports five different projects in their fight against racism and xenophobia. “Germany has such a damn problem with racism,” Tarik says, “Those who still believe that there’s no racism here… Well, good morning to you!”. If the recent events in Chemnitz were your wake-up call, but you don’t know where to start, this campaign is the best way to go.

“We have to support projects committed to a democratic society every day. Projects that support, help and empower those affected by racism,” Tarik writes in the campaign statement, “When certain groups are seen as ‘strangers’, it’s easier to exclude, to be less respectful, and – in the worst case – to legitimize violence as the racist attacks in Chemnitz have shown.”

These are the five projects that need your support:

Pro Asyl supports human rights and the protection of refugees in Germany and Europe.

GLADT is fighting against racism, sexism, trans – and homophobia, disability and other forms of discrimination.

Initiative Schwarze Menschen in Deutschland (INIT) represents the interests of black people in Germany and supports the rights of people with an immigration background in our society.

The initiative AGIUA is doing social work and youth education for refugees and people with immigration background in Chemnitz and Saxony. Their goal is to enable people to be part of society and reduce prejudices against foreigners.

The Women in Exile & Friends initiative is organized by female refugees and campaigns against sexism and racism.

There’s no room for xenophobic bullshit in the Berlin we heart.

Support Tarik’s campaign here and now. Of course, you can still send donations and support to each of the organizations once the campaign itself ends, or even better: get involved yourself to fight against racism.