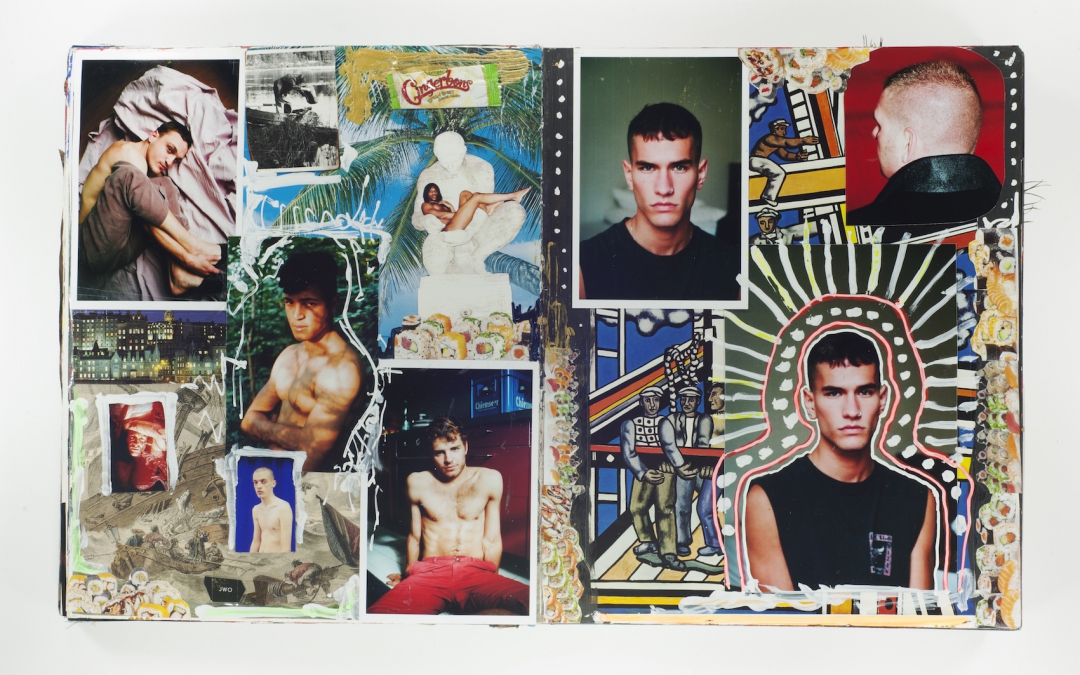 You just know, when Joseph’s in the room. The soon-to-be 28-year-old’s personality is as immersive as his imagery. The Berlin Wunderkind has left his mark on the big city – now, after almost a decade, he’s ready to leave her behind…

His cheeky charm and exceptional talent led Joseph Wolfgang Ohlert into the forefront of a new generation of Berlin creatives. The last eight years have seen him working as a portrait photographer for established publications such as Intro, Siegessaeule and Gay Times capturing the rare place where beauty, intimacy, and refined aesthetic meet like no other. His first, much-acclaimed photobook ‘Gender as a Spectrum’ – a collaboration with Kaey – was released in 2016, and hit the bull’s eye of a zeitgeist of sexual liberation and social acceptance for LGBTQIA+ people. At the time, Joseph was studying at the renowned University of the Arts Berlin, after already graduating from Ostkreuz School for Photography, and, on top, he opened up his own gallery ‘P7’ in 2017. 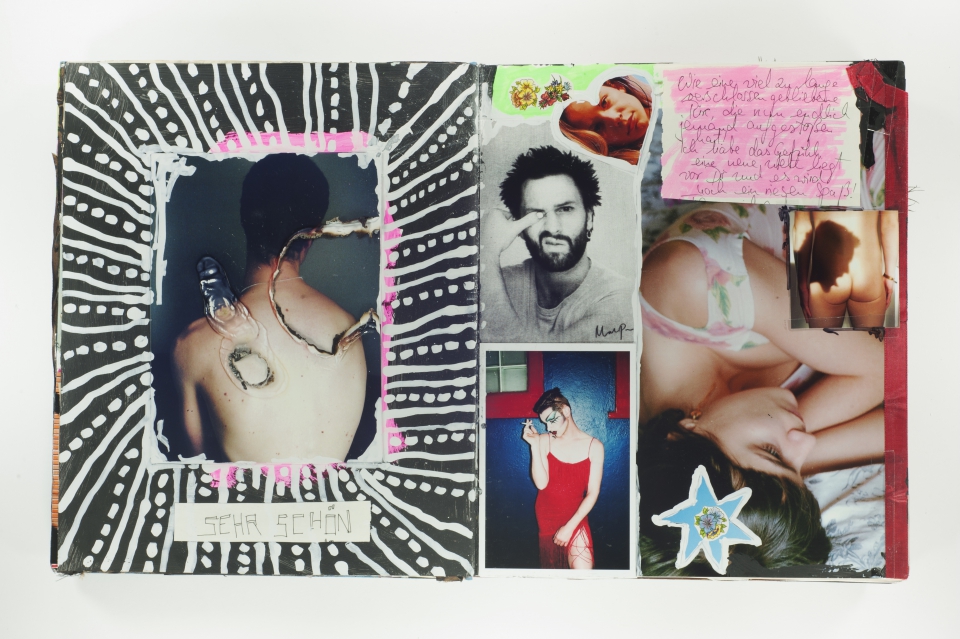 Inspired creative, ambitious student, curator, manager, scene darling – he played all his cards at once, but Joseph always seemed on top of the game, making you eagerly anticipate what’s up his sleeve next.

“I’m gonna give up P7 and travel the world!,” I wanted to burst into laughter, but my dear Joseph wasn’t kidding. “I need a change from art, photography and high life Berlin.”

So, it’s time to sit down and have a conversation that’s long overdue, about his most personal work to date called ‘Darlings’, his own journey to a positive body image and why, in the end, it just makes you stronger to realize that it’s all too much right now. 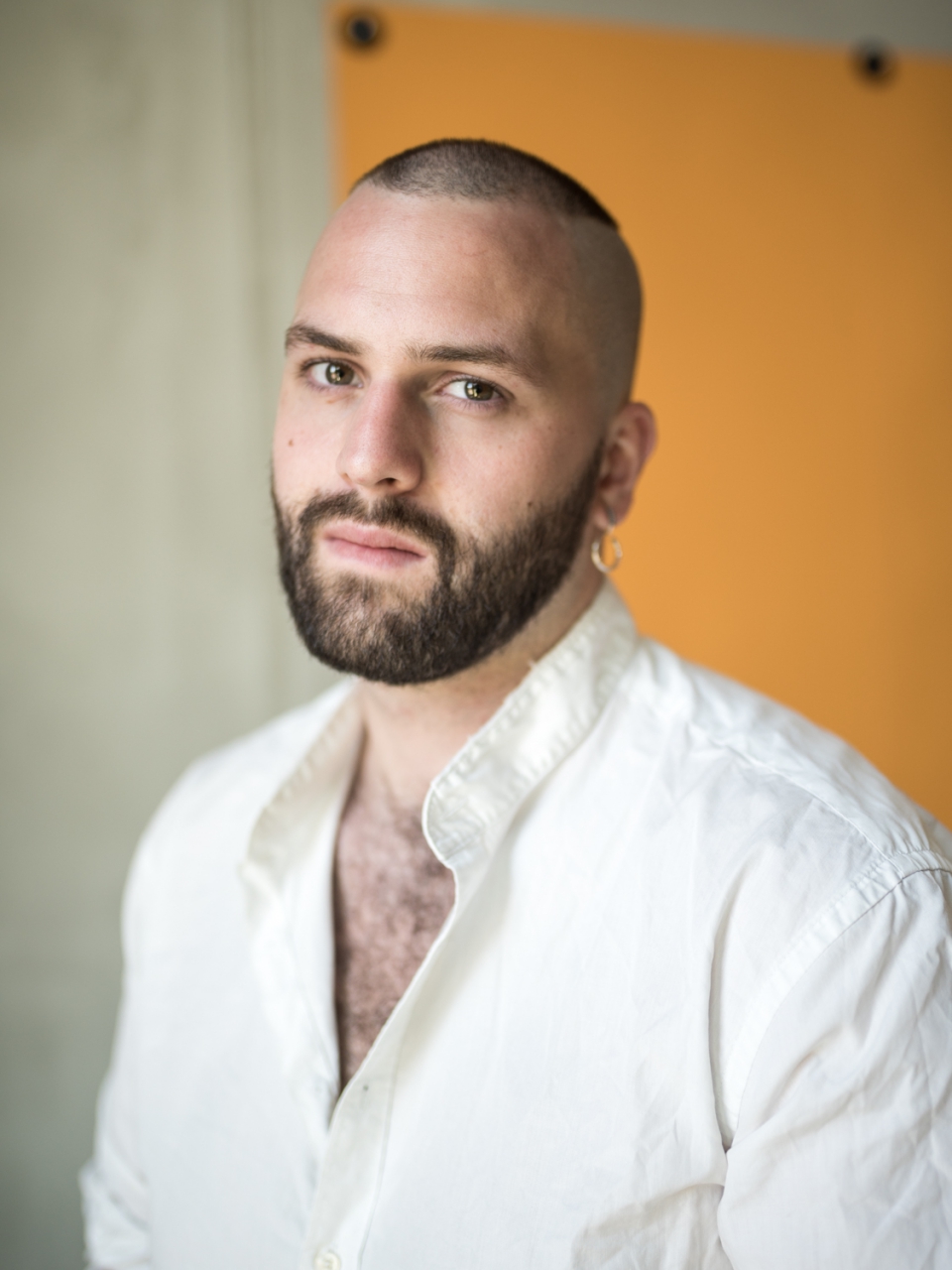 You know, every time I see one of your images, wherever it is, I just know it’s yours without even reading a caption. Is it just me, or is there that ‘JWO recipe’?

Aw, really? I think every photographer has a small set of rules. I, for example, pay a lot of attention to composition – I like frontal and centered photography – and the way light and shadows work together. (laughs) But I don’t think I reinvented the wheel of photography. I’m more interested in capturing the people around me, companions and interesting personalities. I think what makes a JWO so special is the story behind the image. My pictures always work like a diary, that’s also an aspect I focused on for my new photobook ‘Darlings’.

Perfect transition, it’s like you’re doing the interview for me. Speaking of ‘Darlings’: When I saw the first snippets of your new work, I was pretty confused. So rough, colorful, almost childish. What’s going on with Joseph? Only when I saw the entire book, it all made sense to me. That moment, I told you:  It’s like looking into your mind. Can you tell me more about the creative process?

I wanted a clear break from my first photo book. ‘Gender as a Spektrum’ was very correct and high quality, the way a photobook ‘should’ be. It was a portrait of many others. Now, by making a portrait of myself, I wanted to create a portrait of our generation. 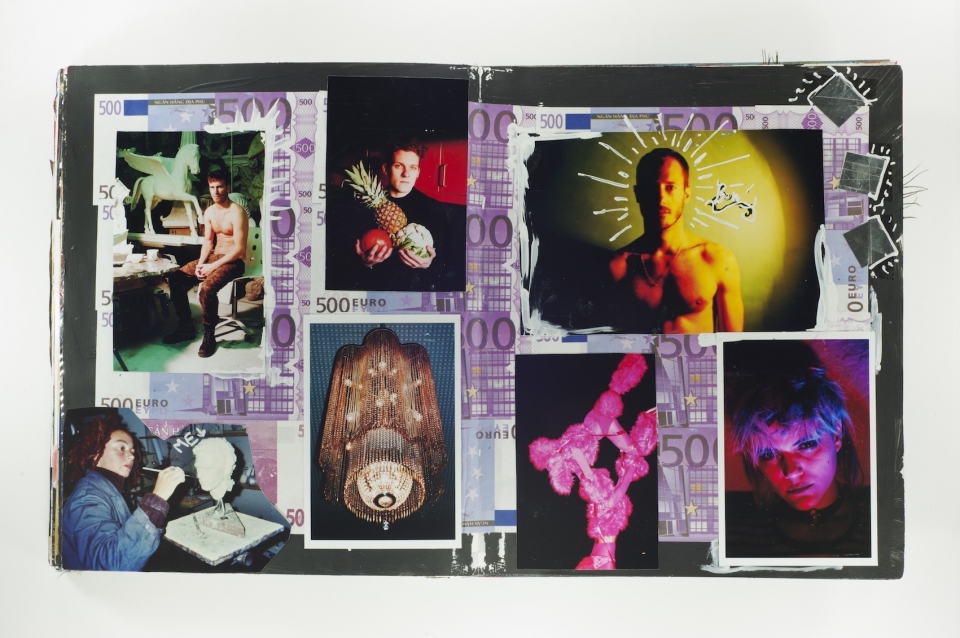 How did that idea of a self-portrait become ‘Darlings’ in the end?

As a photographer, you always want to leave the picture as it is, with ‘Darlings’ I had to destroy my own images in order to create something new. I walked through my rooms, collected everything and ripped things off the walls. Then I started to put everything together again at my desk. I wanted to create a diary that carried my handwriting; my life in which the most diverse people come together and become part of my story.

Talking about your own story: Since knowing you, your body has changed. And you embrace your figure! Just the other week, you unapologetically posted a picture of your half-naked torso on Instagram. Given how toxic beauty ideals are these days, especially among gays, to me, that makes you a role model for body positivity. Can you tell me more about that physical journey?

Weight has always been a thing for me, but I have simply learned to be happy with myself. I never had that one type of guy I was attracted to. I think big guys are just as attractive as skinny boys. That’s why I learned to feel comfortable in my own body because I knew that there were others who would find me attractive the way I do. All these forms of shaming are being called out right now. People want to live their lives the way they want and not live just to satisfy someone else. That inspired me. So, after the gym recently, I just felt really good about myself and took a picture. That’s how I look, I don’t have to justify myself for anything and if you don’t like it, unfollow me. That’s how simple it is (laughs).

“People want to live their lives the way they want and not live just to satisfy someone else. That inspired me.”

You use Instagram quite a lot actually. You are active on four different channels. But especially for artists, social media can be a double-edged sword. What’s your take on it?

(Laughs) Four really does sound like a lot huh? It’s a love-hate thing. Since I work more in portrait photography and don’t usually do full-on close-ups of genitals, social media has never restricted me in my work as much as others. The problem is simply that nobody opens their mouth. But something has to change! On the one hand, it has so many possibilities to offer: I got amazing job opportunities through Instagram, but on the other hand, you’re always under pressure. Other people, other photographers can inspire and frustrate you through social media. You constantly see what others do and think about how you present yourself to them. It has helped me a lot over the past months to turn things around and show people that not everything is as happy as it seems. 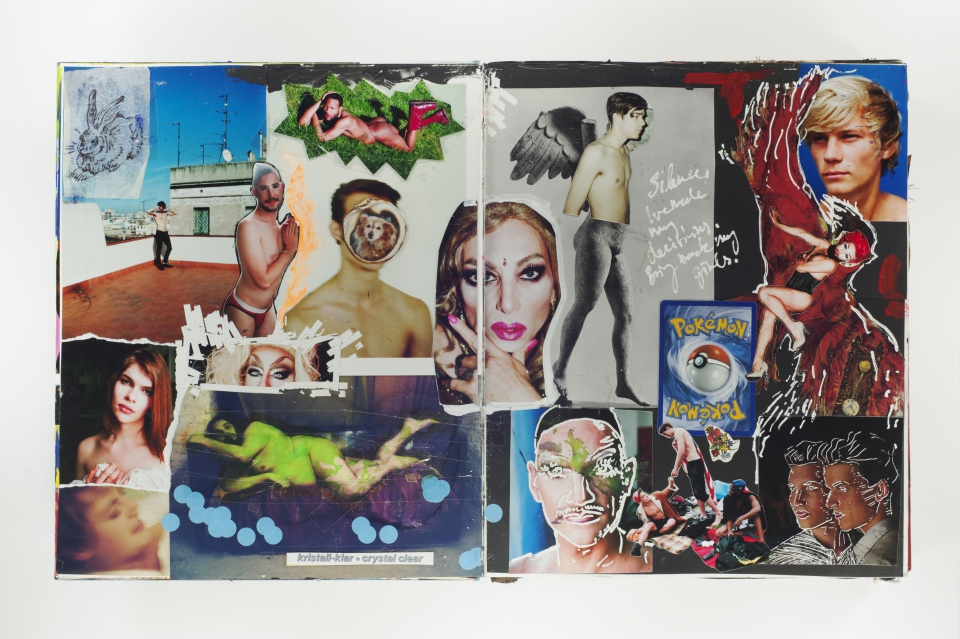 Ok, so let’s talk about the elephant in the room, are you really leaving Berlin?

There’s this saying that every seven years something changes in your life and I think I’m at that point right now. Berlin always came first for me and I never felt the need to leave…

…I know that too well…

… these eight years here were incredibly intense, but I came to realize that I don’t want to give all of my twenties to Berlin. I made myself too comfortable in my little bubble until my work evolved into copy and paste. It feels like I’ve spent half my life here, but maybe there’s something out there that I need to get back? From the middle of March I will spend some time with my family in Bavaria, to get back to basics, and then I will start some months of Work And Travel in Australia. I think I will not be back in Berlin until 2020.

“I came to realize that I don’t want to give all of my twenties to Berlin.”

I have to say, I was shocked when you told me, you are closing P7 for now.

I’ve been organizing and curating events and exhibitions for a year now, as well as studying art at the UdK and working as a photographer. I always thought that was ‘my way’ until I realized that I couldn’t hold up this One Man Show. It all went too fast. I realized that I have to be more with myself to give these projects the attention they deserve. 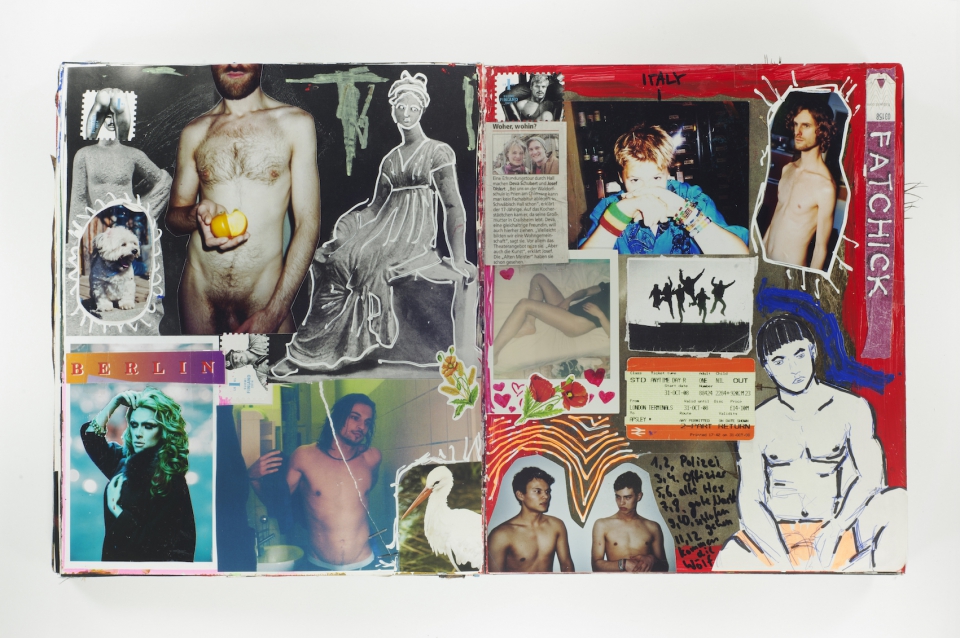 …leaving, to then come back and restart even stronger?

Exactly. When I come back I’m almost 30, I think I will have developed a more self-confident perspective on some things by then.

“For me, it has never been just the city that makes Berlin special, it’s the people!”

Why are you still so sure, you’ll come back to Berlin?

When I came to Berlin, I didn’t know anybody. I was that precious 19-year-old and ran out into the wide world. In this short time, I got to know all these amazing people who are involved in shaping this city and I think I also contributed to it. That is a bond that cannot be broken so fast. For me, it has never been just the city that makes Berlin special, it’s the people! They have always held me up for the last eight years, and that will always give me a reason to come back. 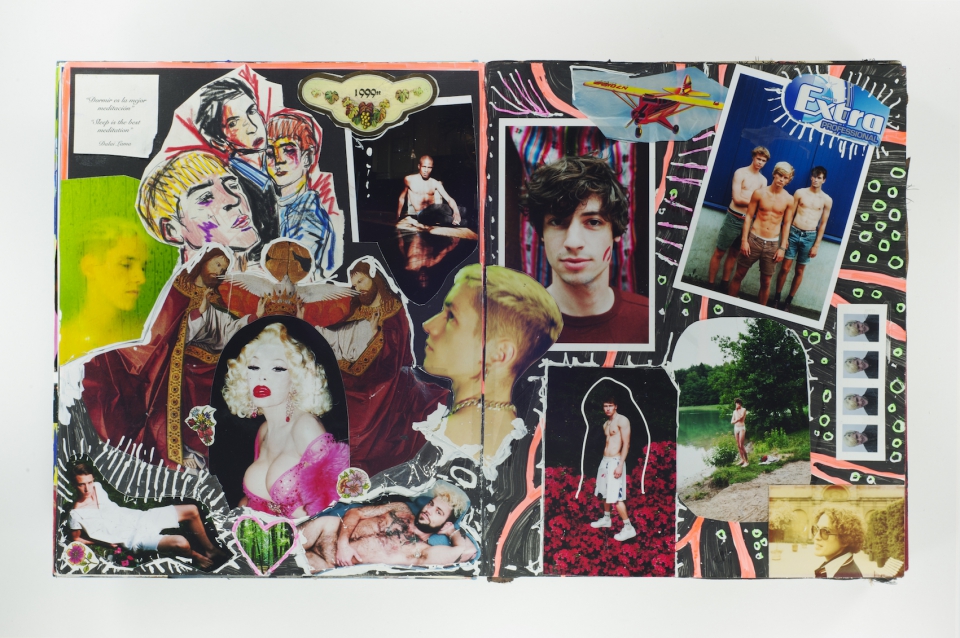