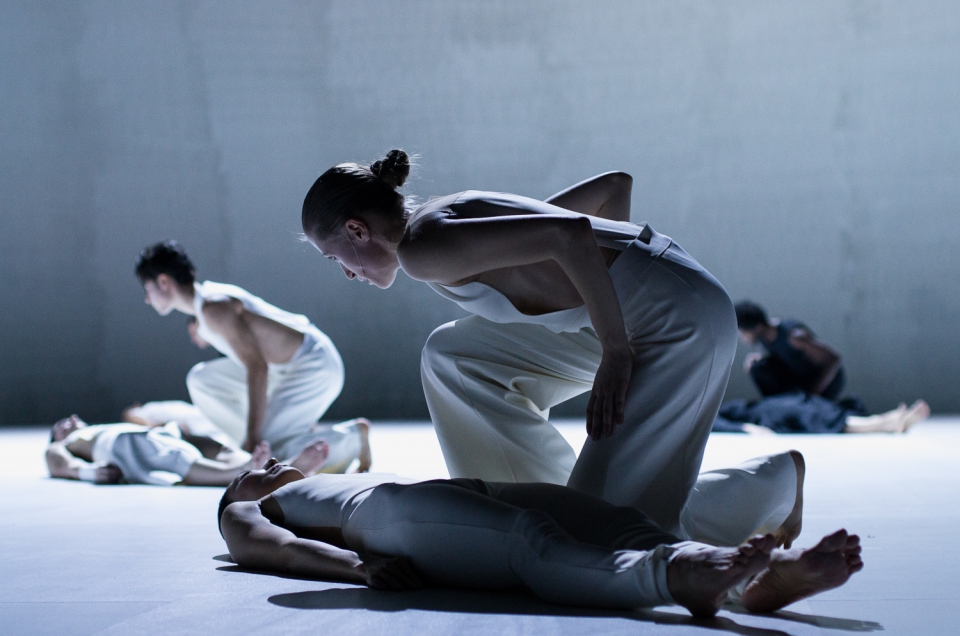 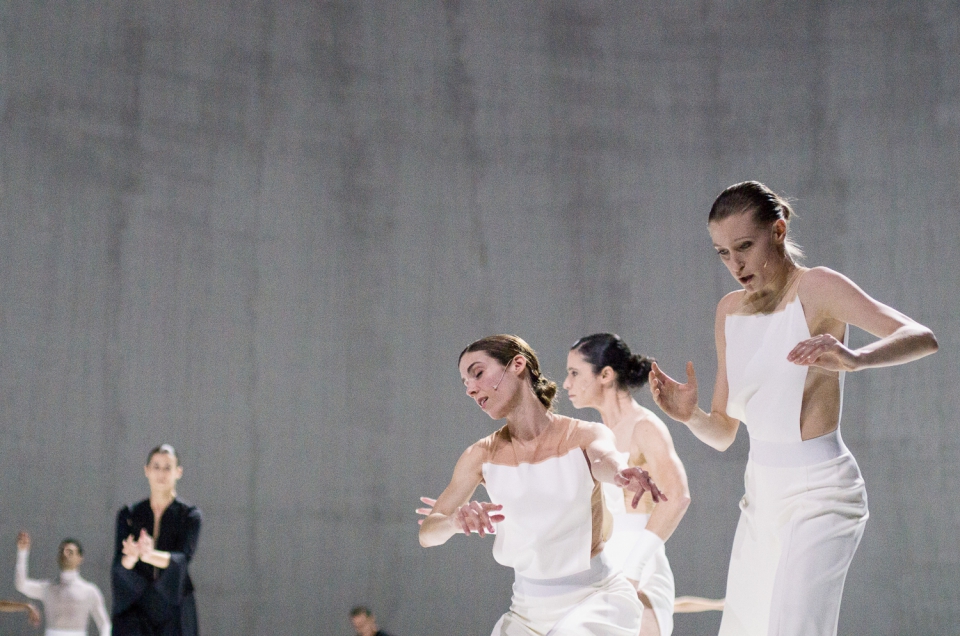 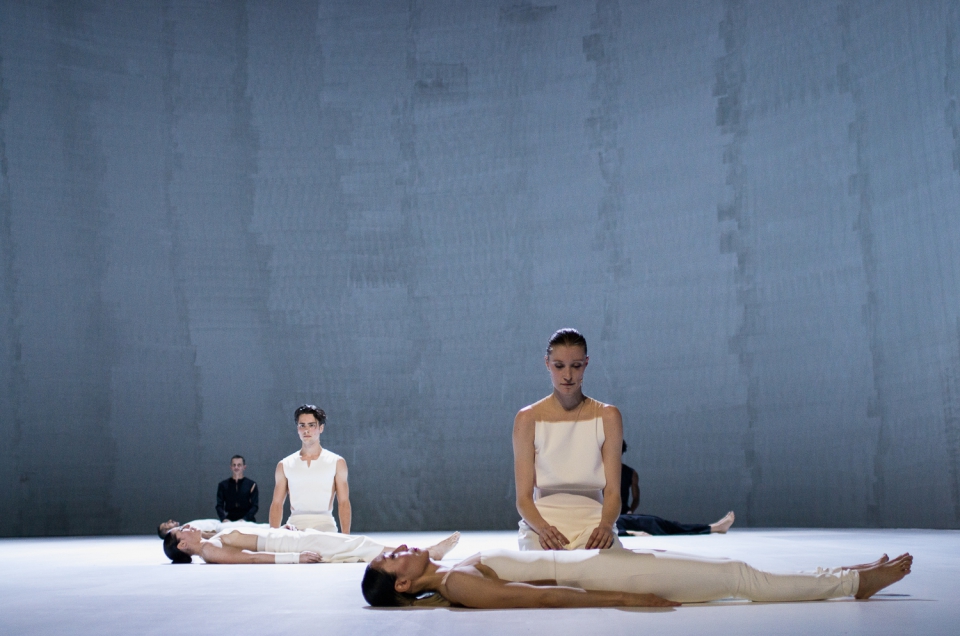 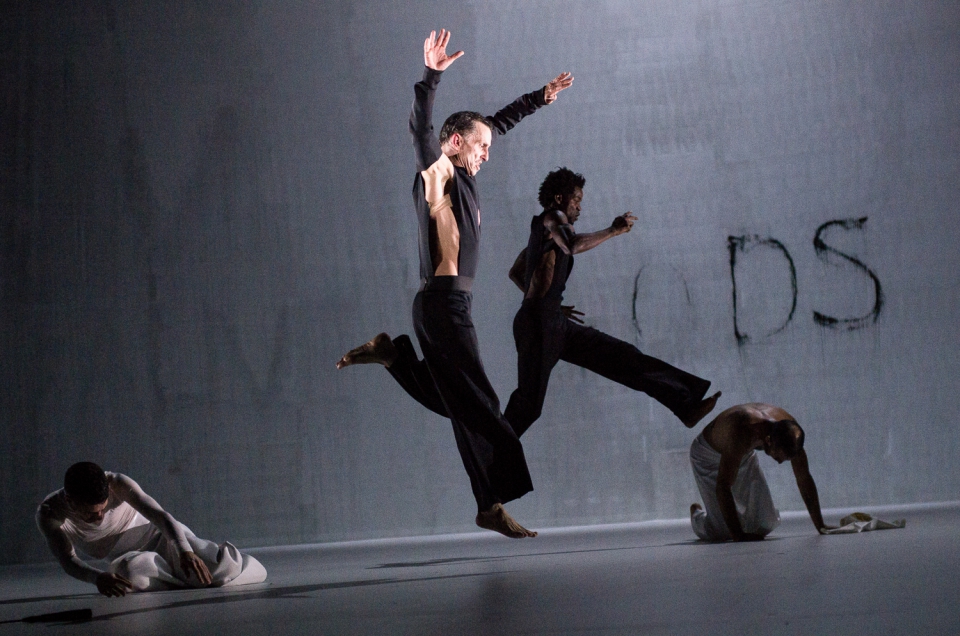 In the first part of the piece, she sketches a world where humans are the patients of a mental asylum lead by machines. Where computer voices start automatic programs while the dancers try to escape routines and artificial surfaces. Waltz is creating dense atmospheres with a minimum of elements. In my head, I saw a whole Hollywood production like Westworld or Gattaca recreated in a gesture or a movement of a dancer. 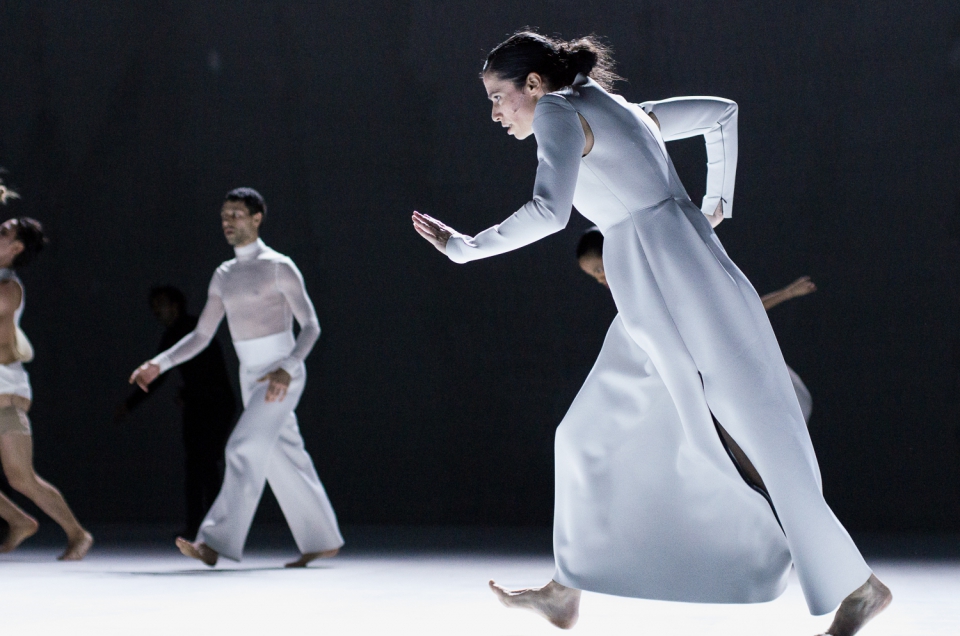 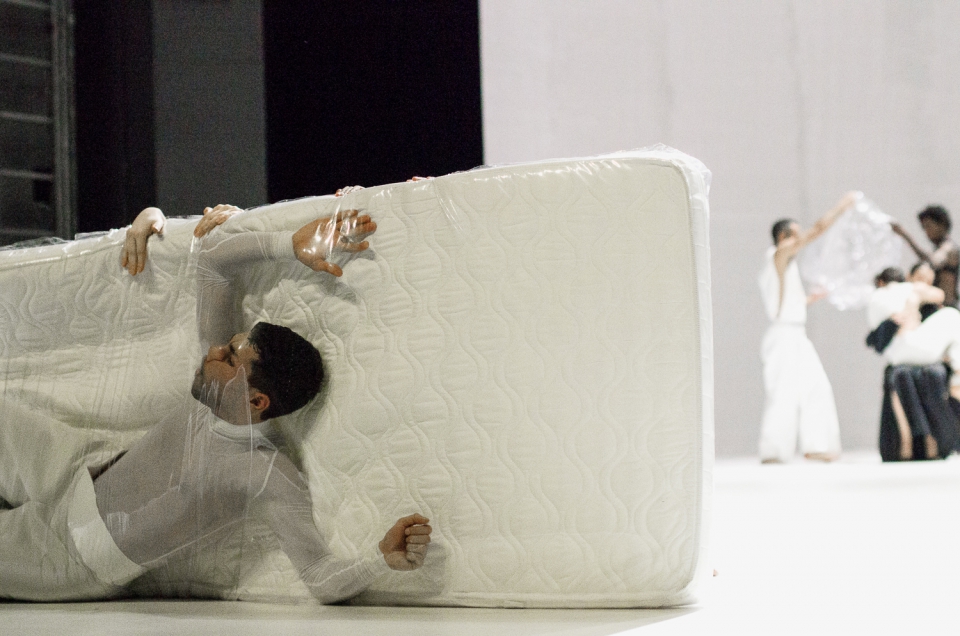 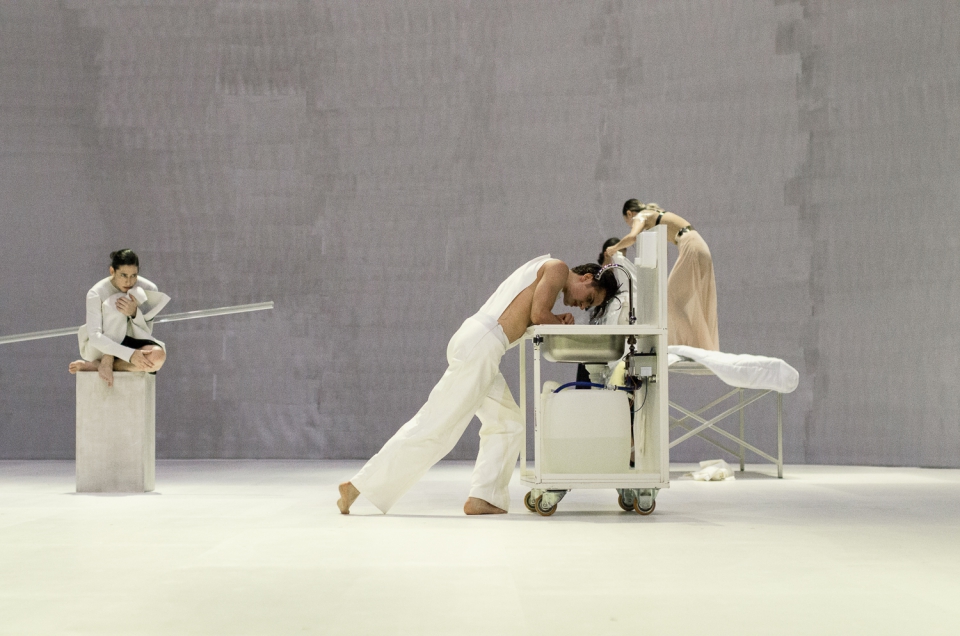 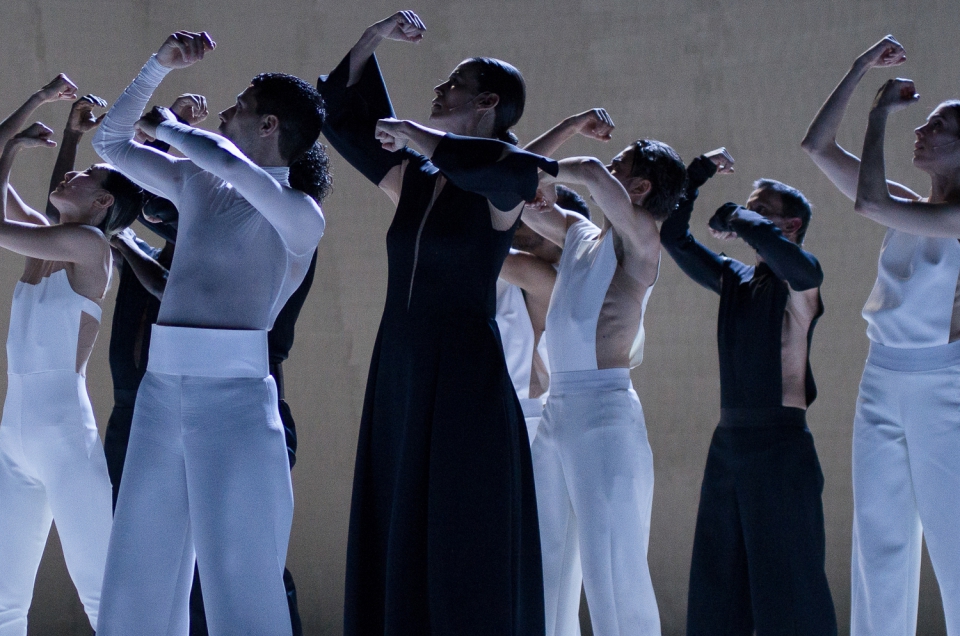 The second part is a tribal celebration of forgotten rituals of the past. While the back wall was sprayed on with water that made it turn black, women and men danced with long black skirts that reminded me of the Turkish dervishes circling around.

Rauschen is like a patchwork carpet. Piece by piece glued together by a strong aesthetic. Yet every element of it has appeared before in some way. The only thing that made the piece less tangible as her work at Radialsysteme is the less intimate atmosphere of the big stage. Seeing the sweat of a dancer and the contraction of every muscle up close is a pleasure a big stage with a large distance to the audience cannot provide, unfortunately. 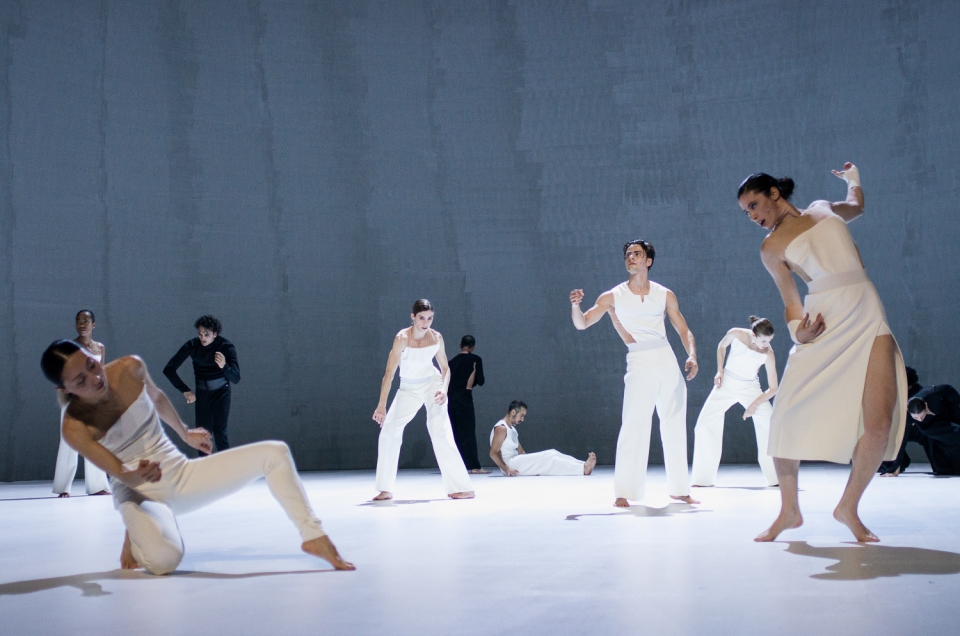 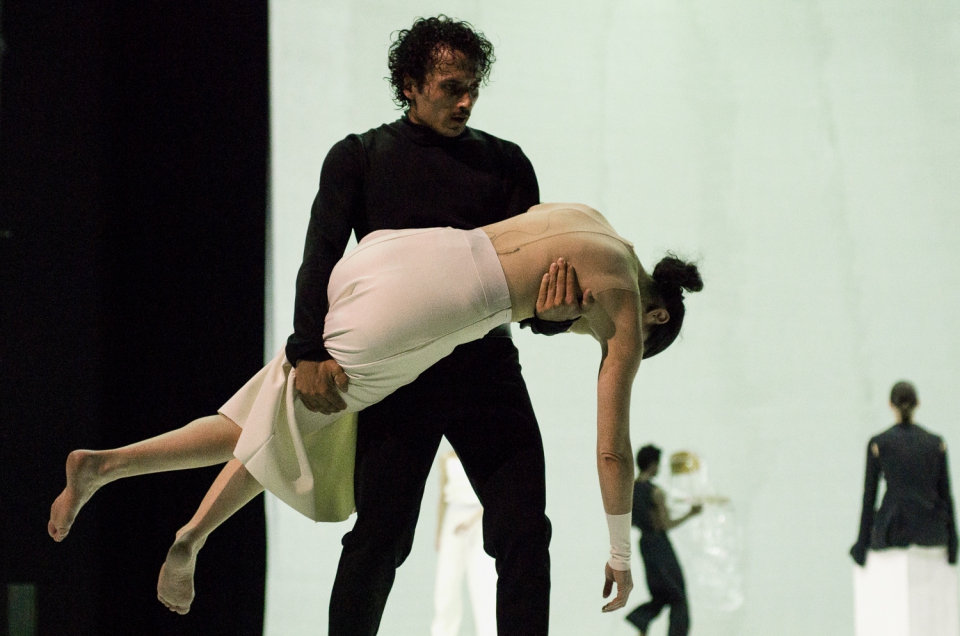 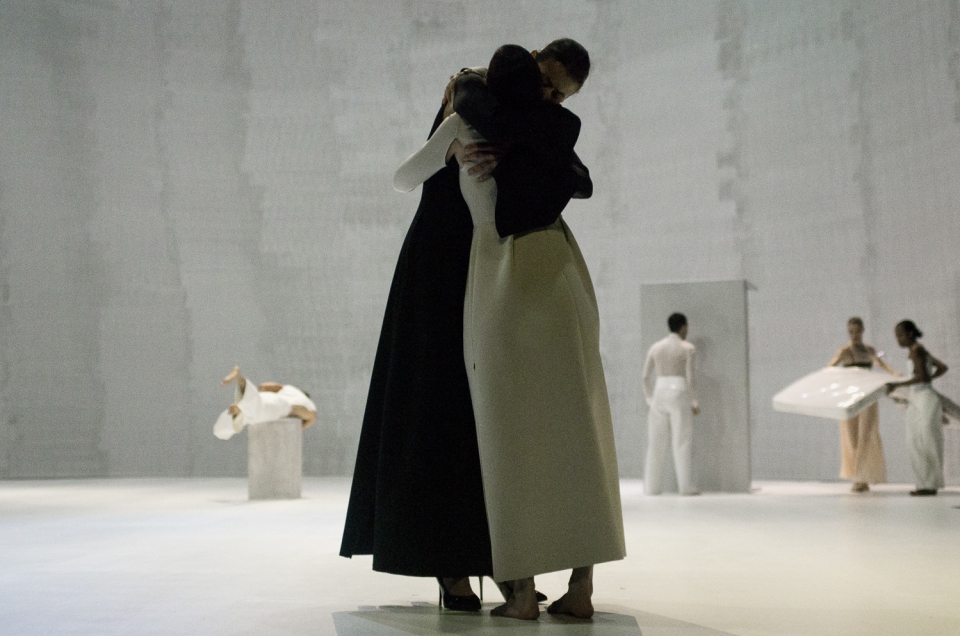 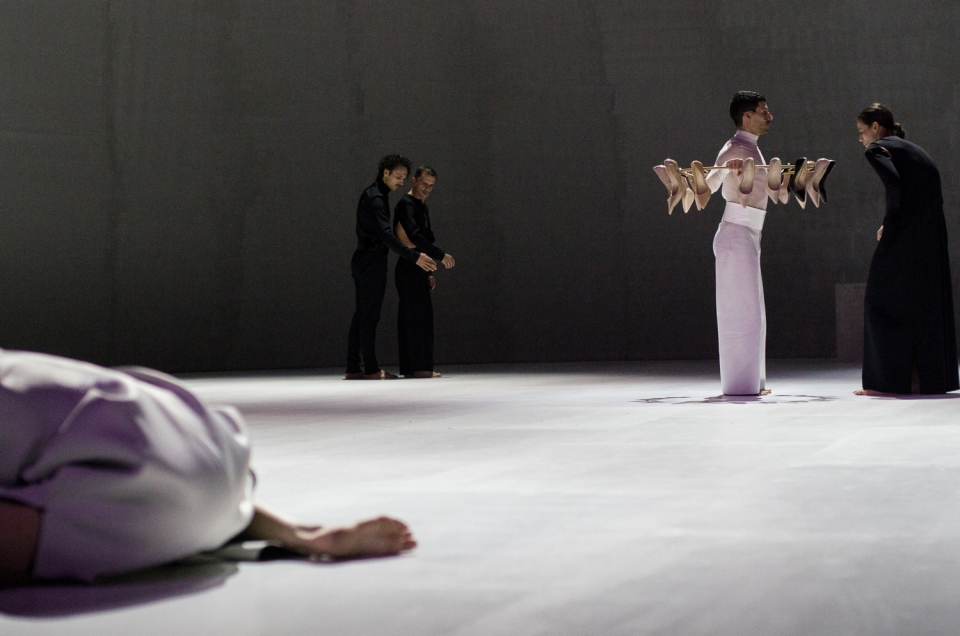