These Instagrammers show the REAL Berlin 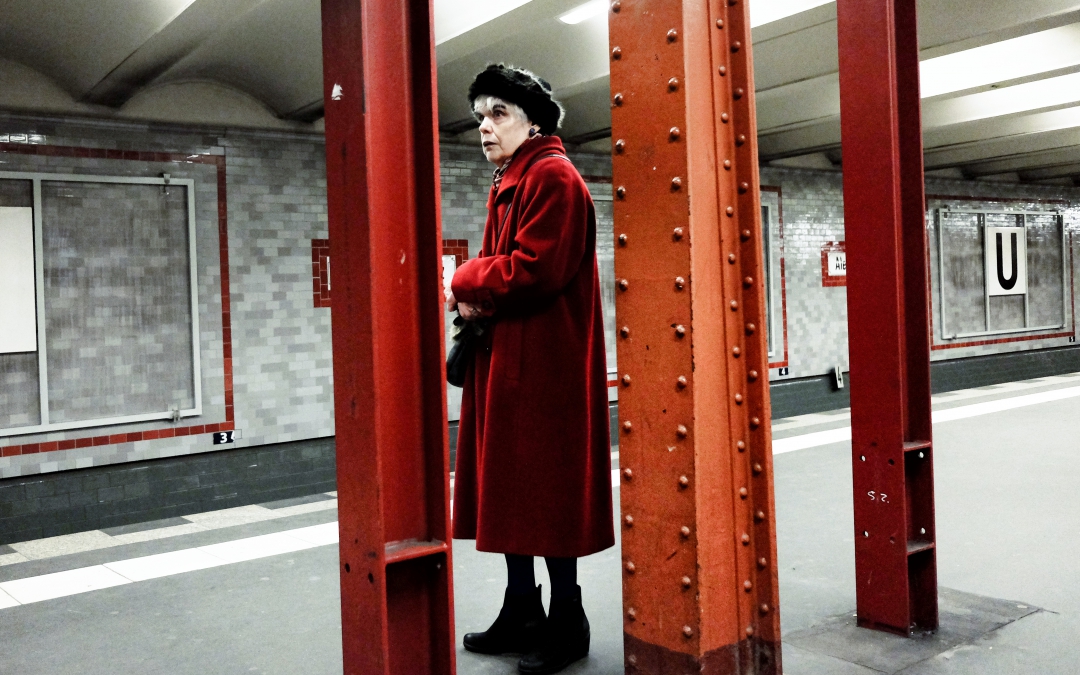 We all know the glossy Instagram accounts that almost make you think Berlin is a permanently sunny resort where all you see are fit yogis running around with their cute puppies and the occasional elderly couple sitting on a bench in Tiergarten. Well, one look out of the window will suffice to realize that the reality is not all that ideal. But we love that about Berlin – its unpredictable weather, extraordinary characters, and the fact that some corners can get a bit rough. We found three Instagrammers that celebrate those characteristics of our beloved city – and provide a much-needed antidote to the pointless strive for perfection.

On his Instagram account, Maximilian Streich emphasizes Berlin’s undeniable beauty in circumstances that many city dwellers prefer to avoid. According to Streich, who has been living in Berlin since 2010, ”There Is No Such Thing As Bad Weather”. As the photographer explains, he is actually fascinated by the rain – and the way it can ”transform even the most familiar spots of Berlin (like Potsdamer Platz or the Museum Island) into completely different settings”. But it’s not only about those architectural urban backdrops, but scenes captured by Streich also feature Berliners and their various reactions to sometimes extreme weather conditions.

”Sometimes it’s the iconic Berlin architecture that steals the spotlight. Other times, it’s all about the people.” 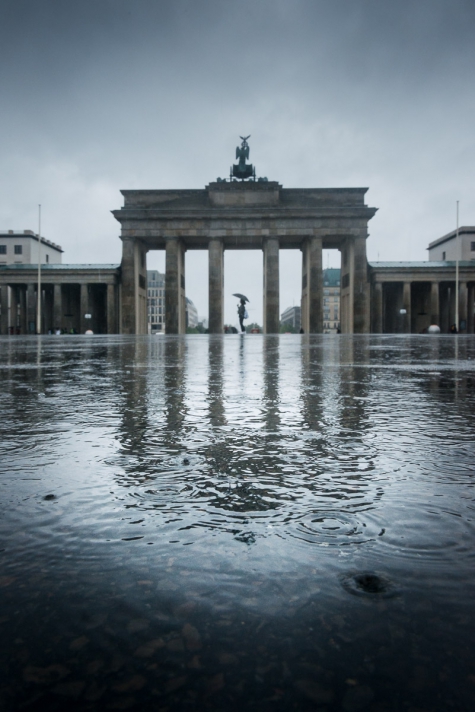 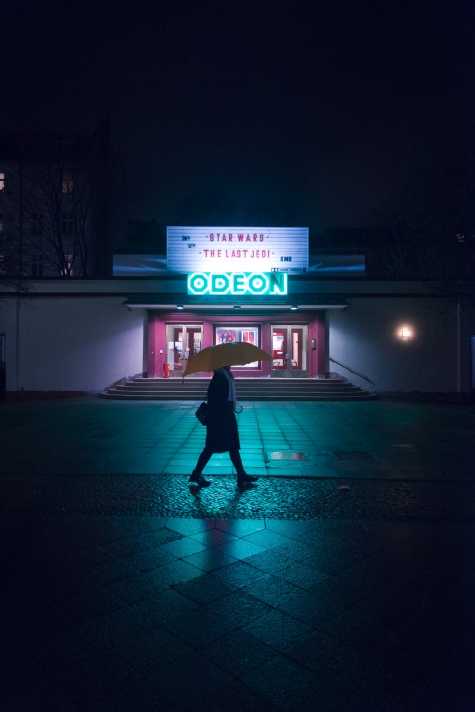 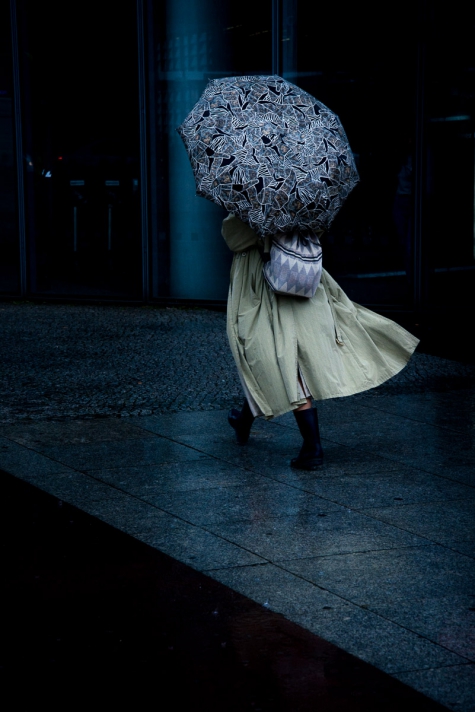 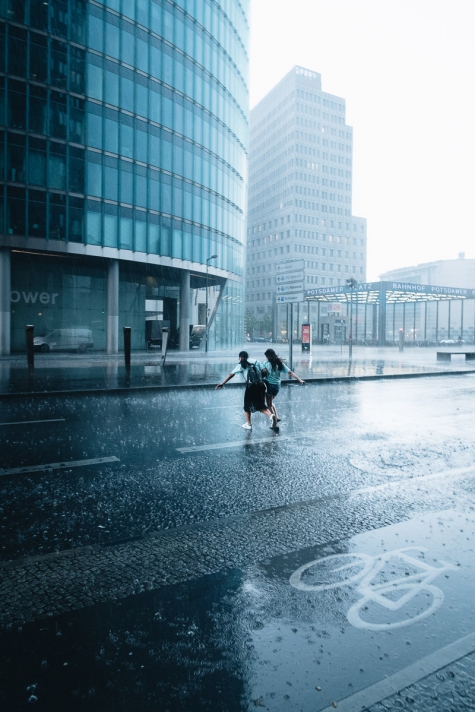 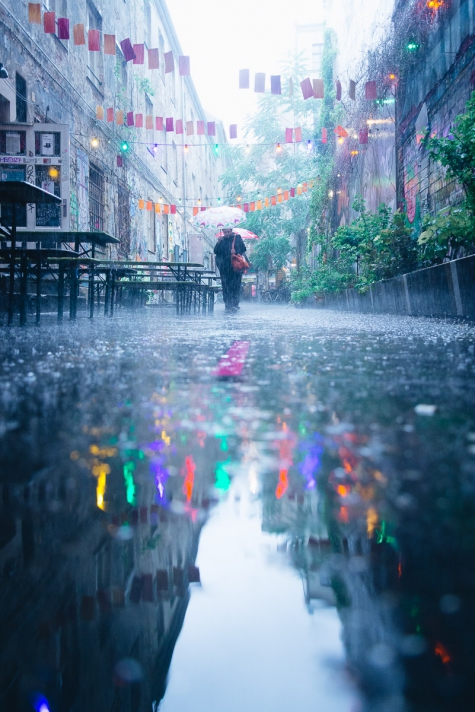 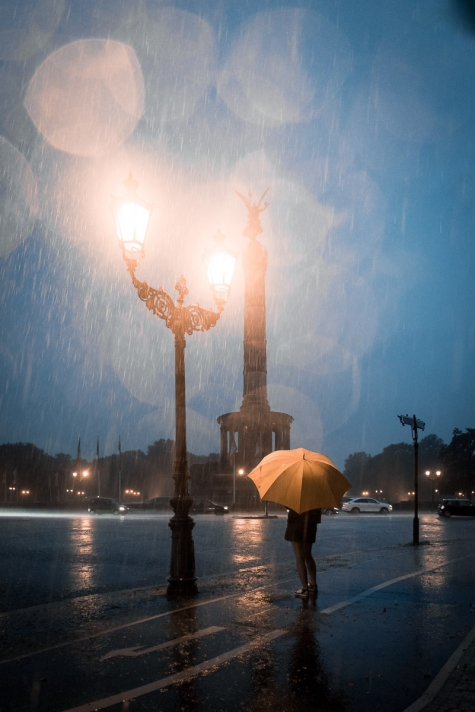 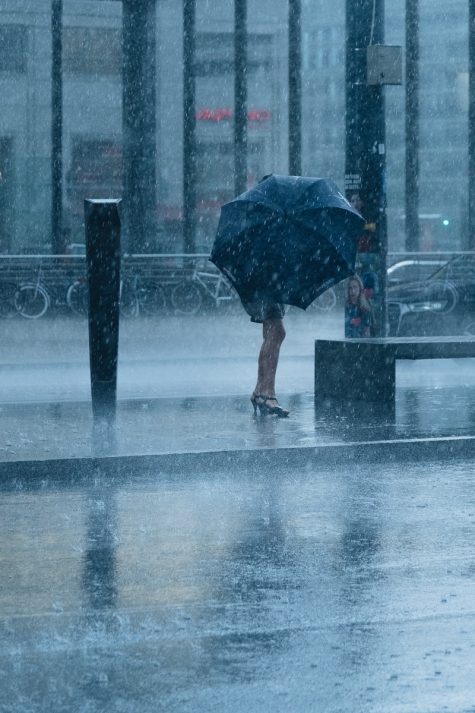 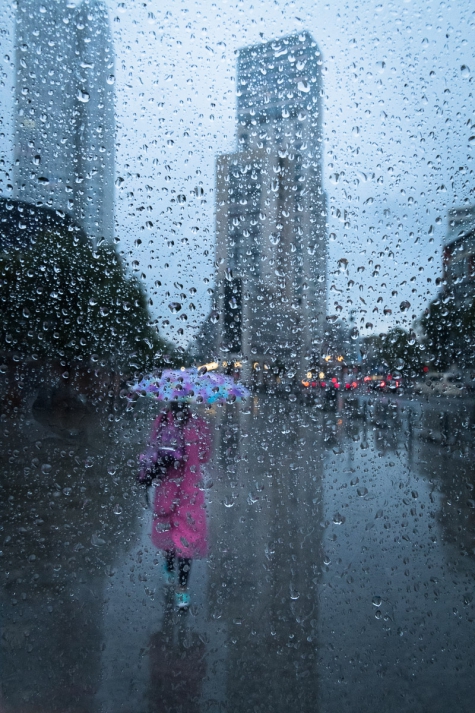 djambia is the only Urberliner in our mix. The photographer behind the profile, Shams Anders, got to experience plenty different sides of Berlin over the years. Originally from Lichtenberg, as a kid, he and his mum relocated to Kreuzberg in search for a more tolerant neighborhood. Recently, he ended up back in the east – a decision that he says was influenced equally by Friedrichshain’s charm and ubiquitous gentrification. This diversity of influences is expressed in his photographs. Although Shams says he is still exploring the aesthetics of his visual voice, his black and white series that document Berlin’s streets and its extraordinary inhabitants are already exceptional. Highly emotional and authentic, his photographs embrace the diversity of Berliners – and Shams likes to focus especially on those who tend to be marginalized. He references his own working-class roots and explains that he’s interested in hearing the stories of people to whom society doesn’t always give a voice.

“A couple of years ago I began to capture homeless people and started to listen to their stories to give these almost invisible people a voice. Same with other underrepresented underdogs of our society like the youth, elder ones, Afro-Germans, migrants or people with authentic lifestyles and artists.” 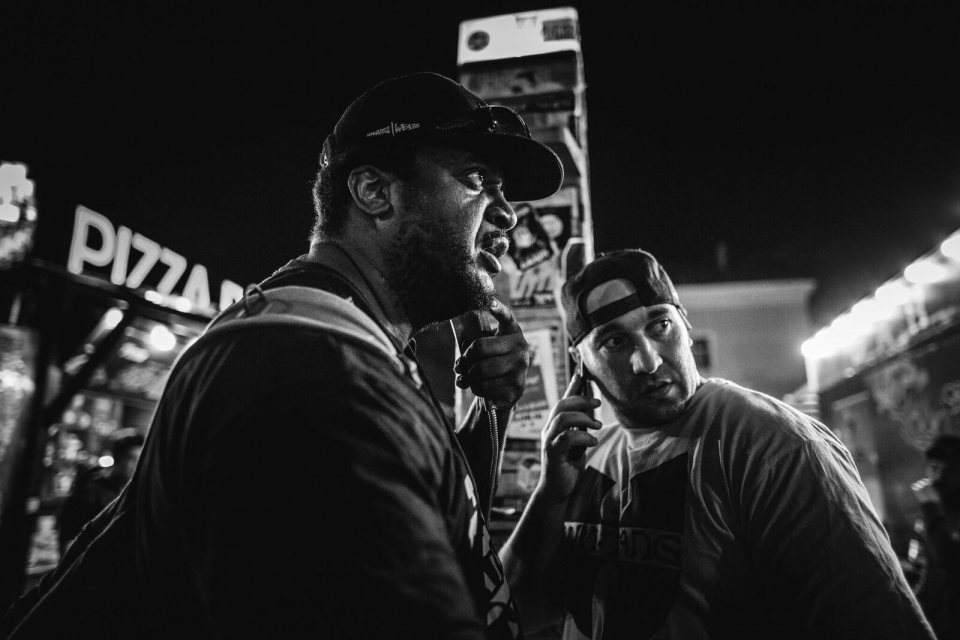 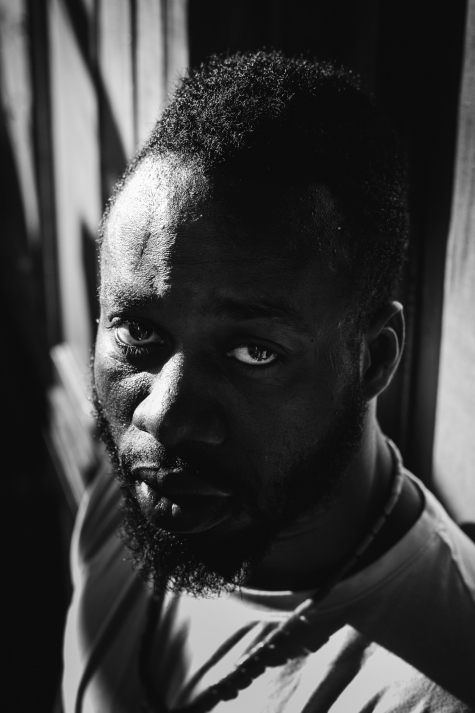 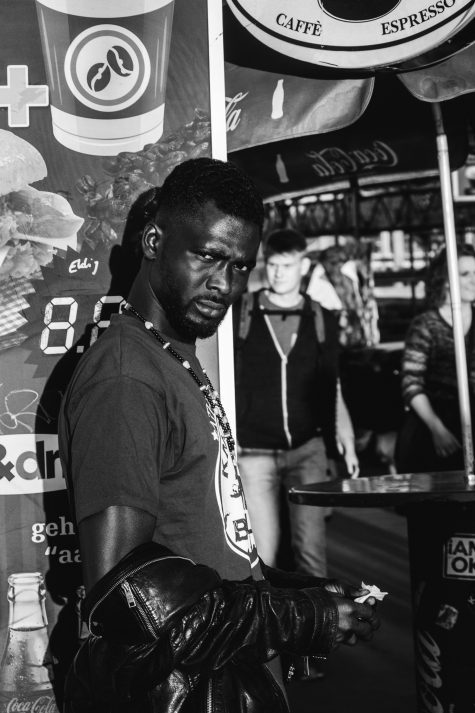 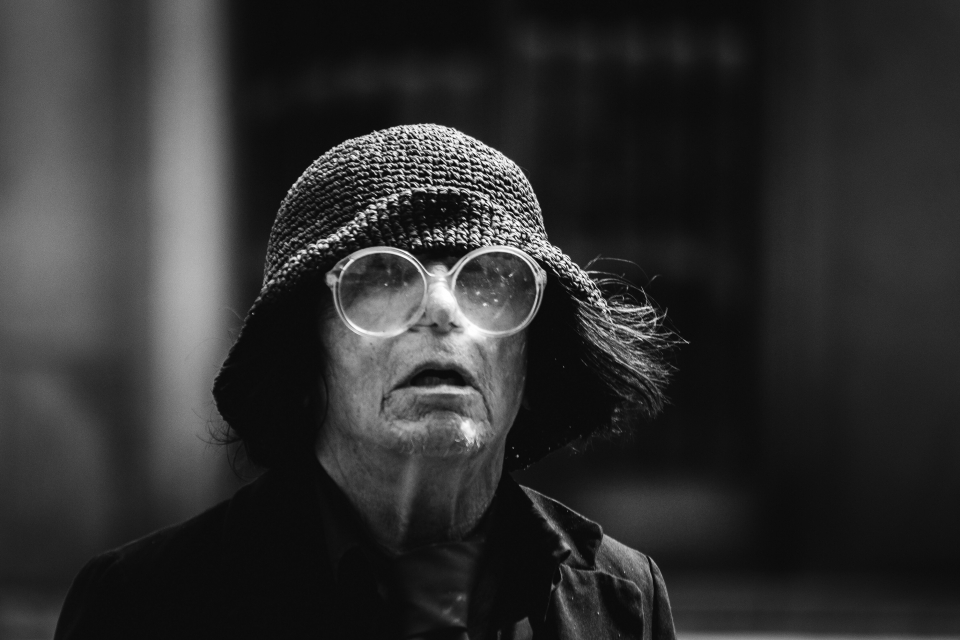 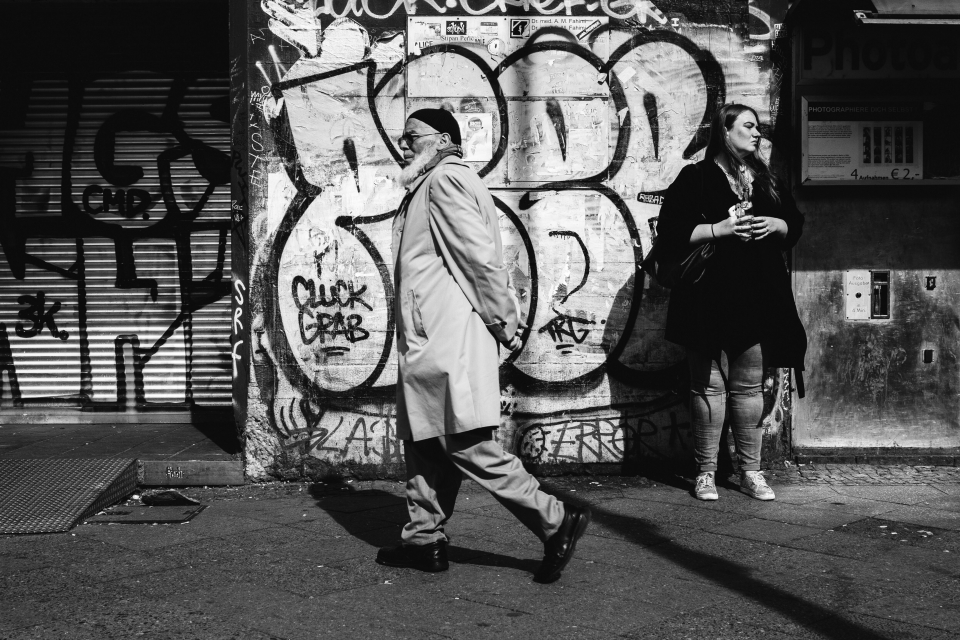 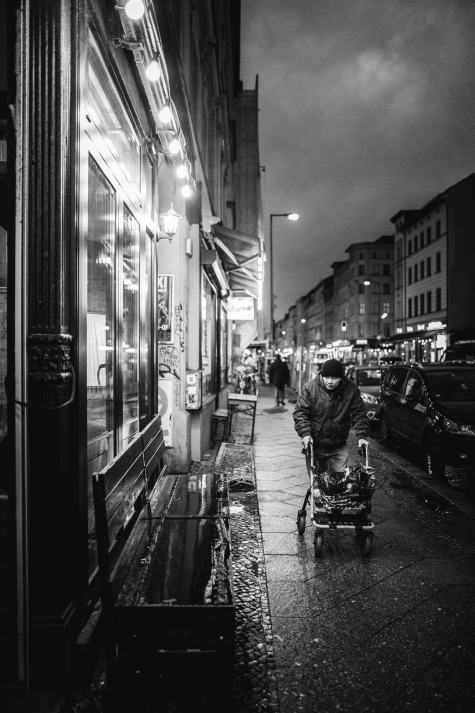 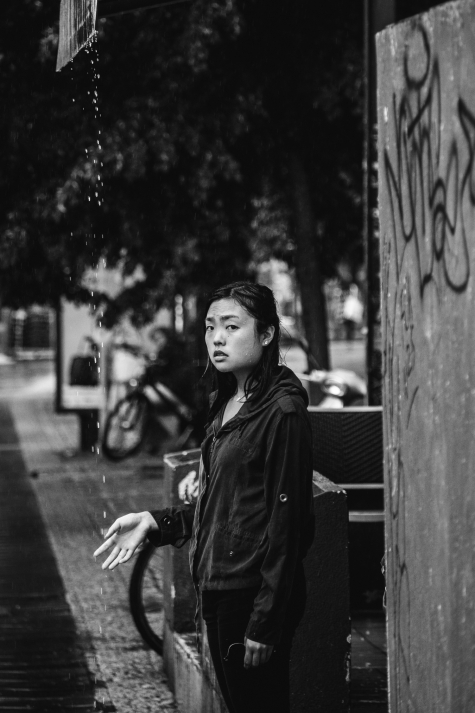 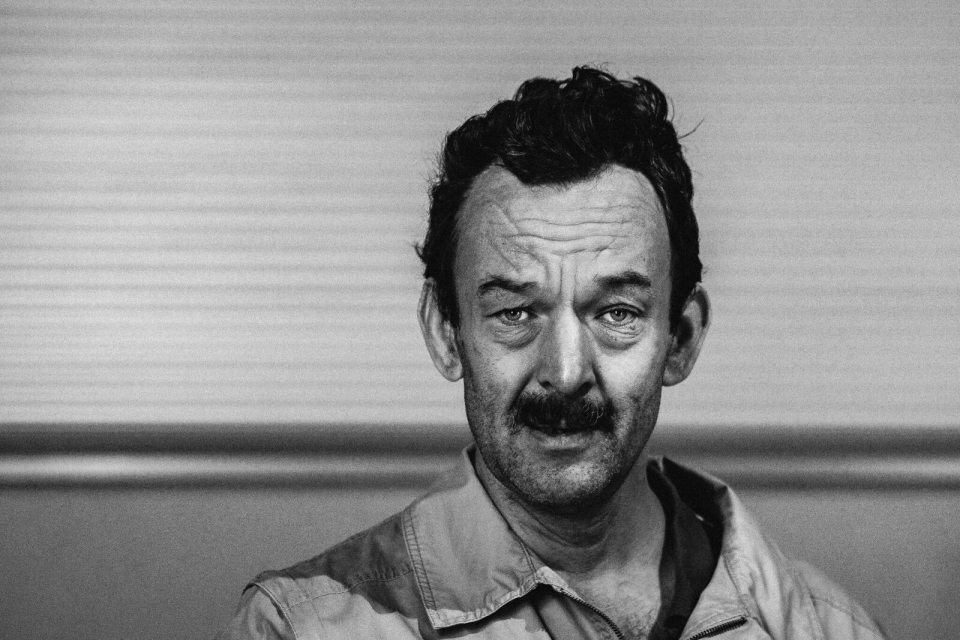 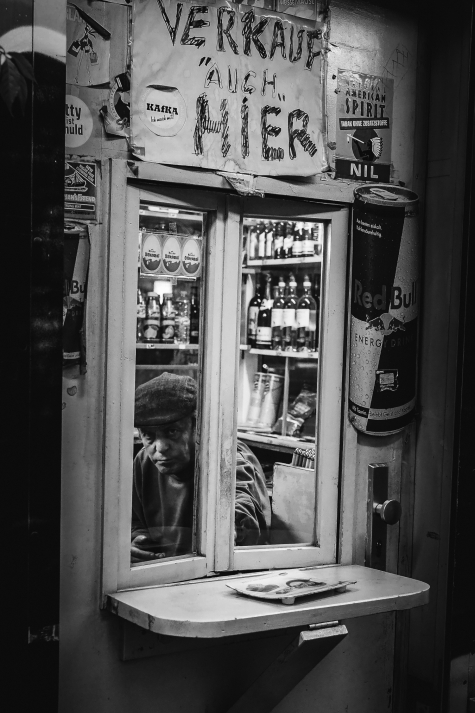 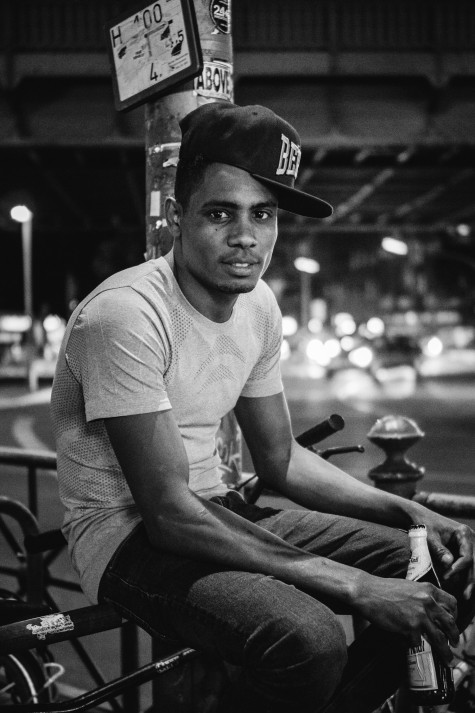 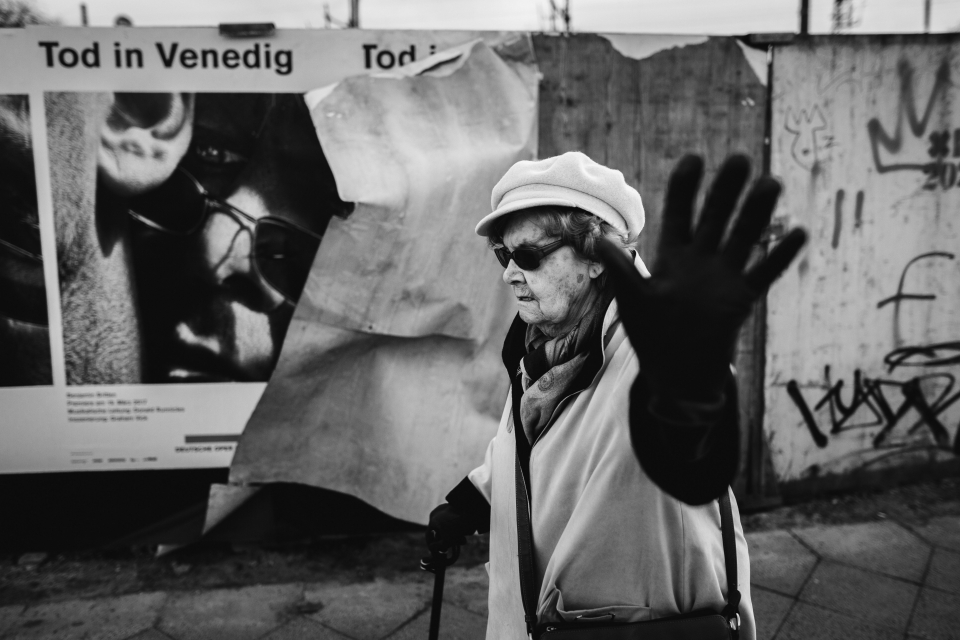 efi_o features really unique street scenes. Originally from Greece, she came to Berlin four years ago and has been working and living here ever since, joining the international photographers’ community interCollective in 2016. Efi is also an actress – and as she told iHeartBerlin, she finds these two fields have much in common:

”To me, acting and taking images share the same roots: curiosity and observation. The streets are a stage, where I’m observing people and trying to catch a special moment. I follow my instincts.”

Her favorite spot to shoot in Berlin is the vicinity of the vibrant station Zoologischer Garten. 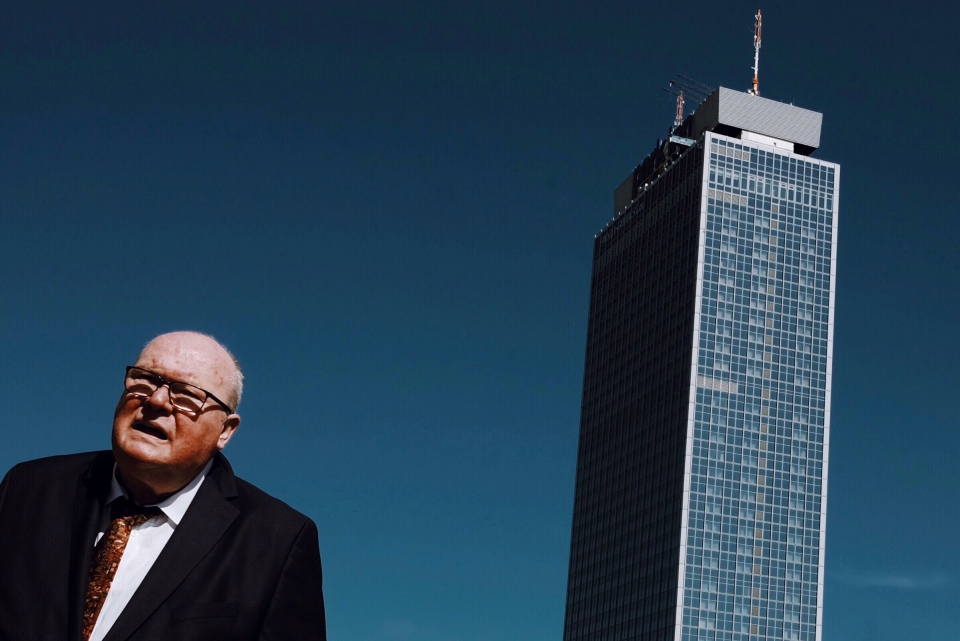 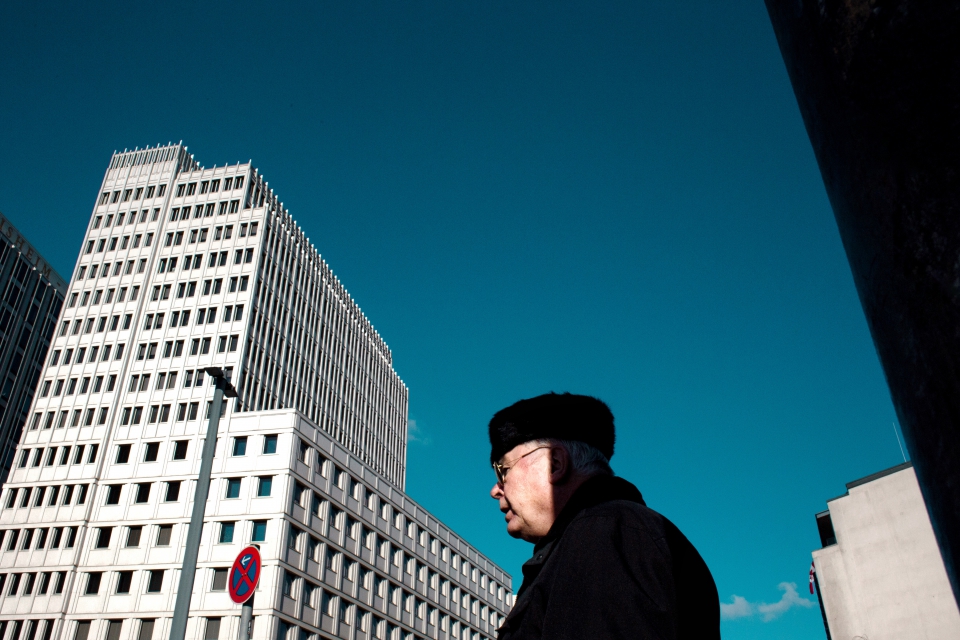 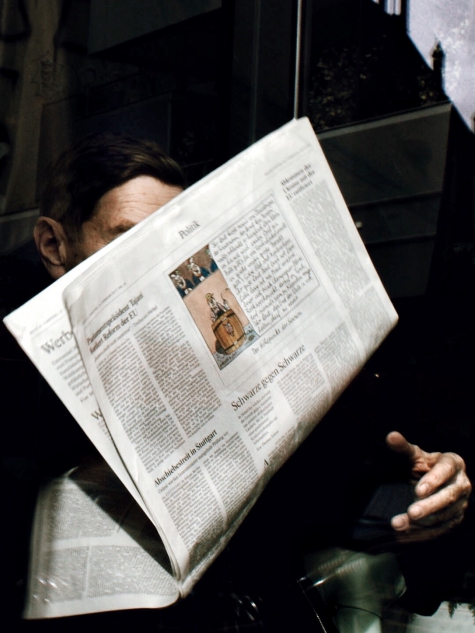 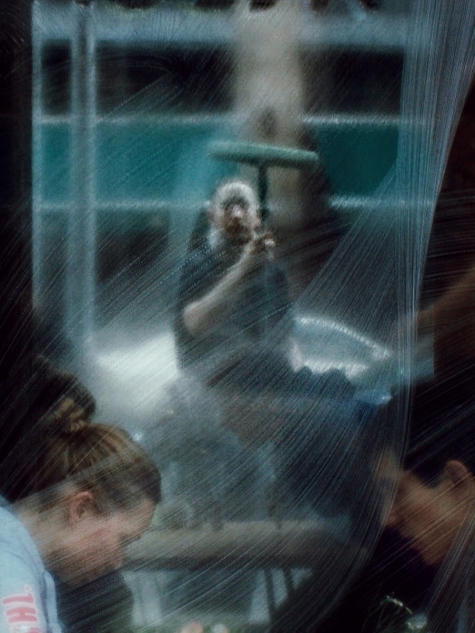 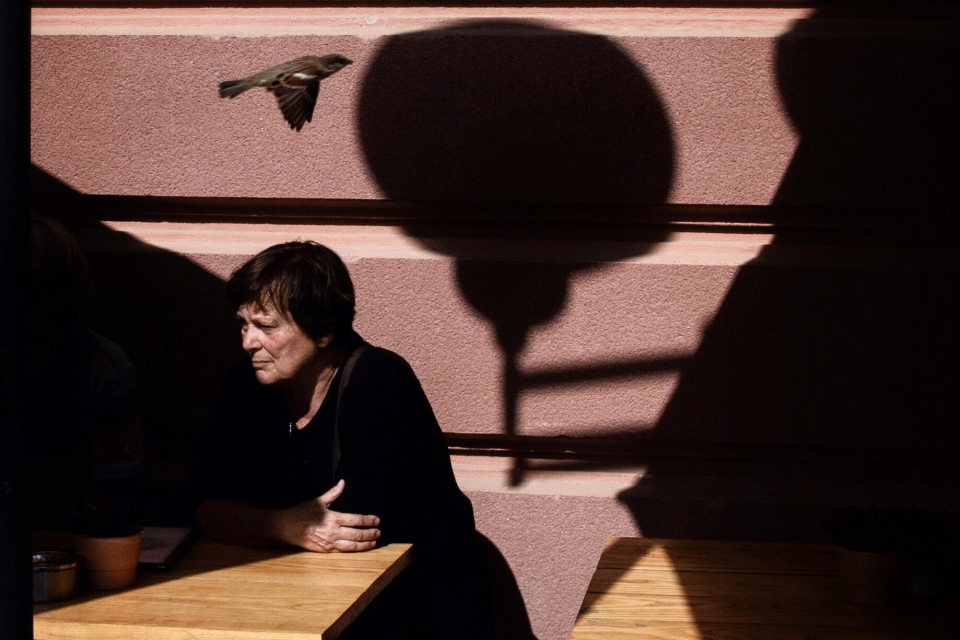 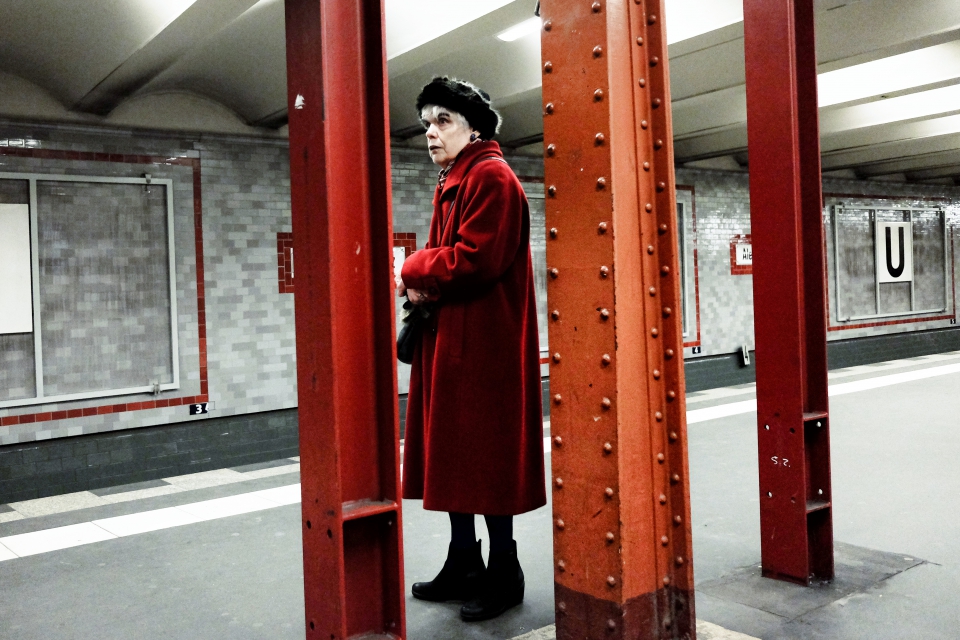 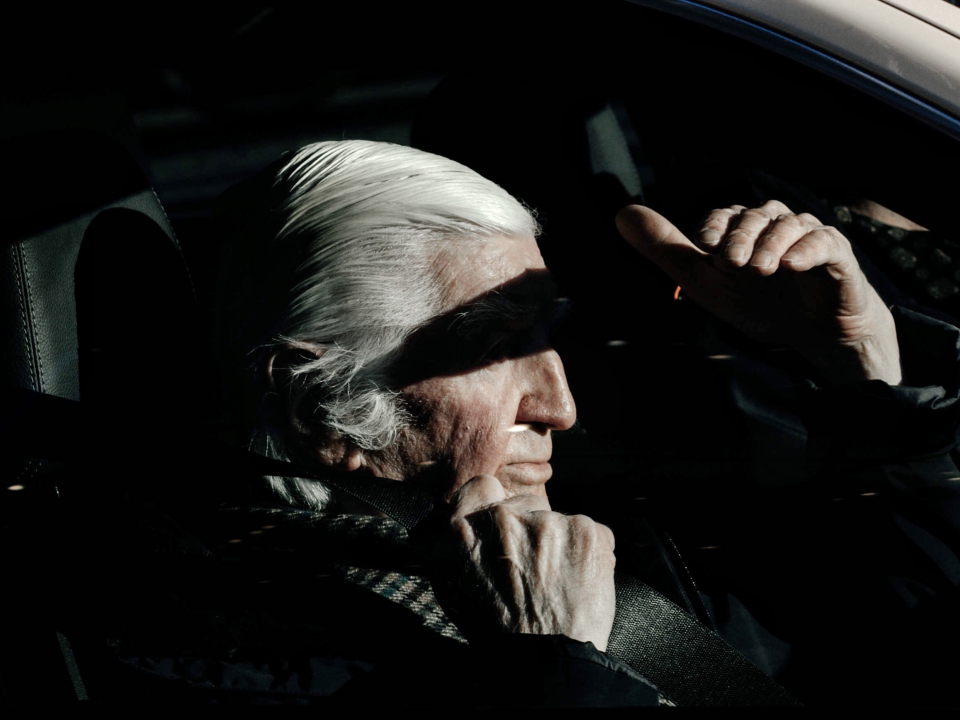