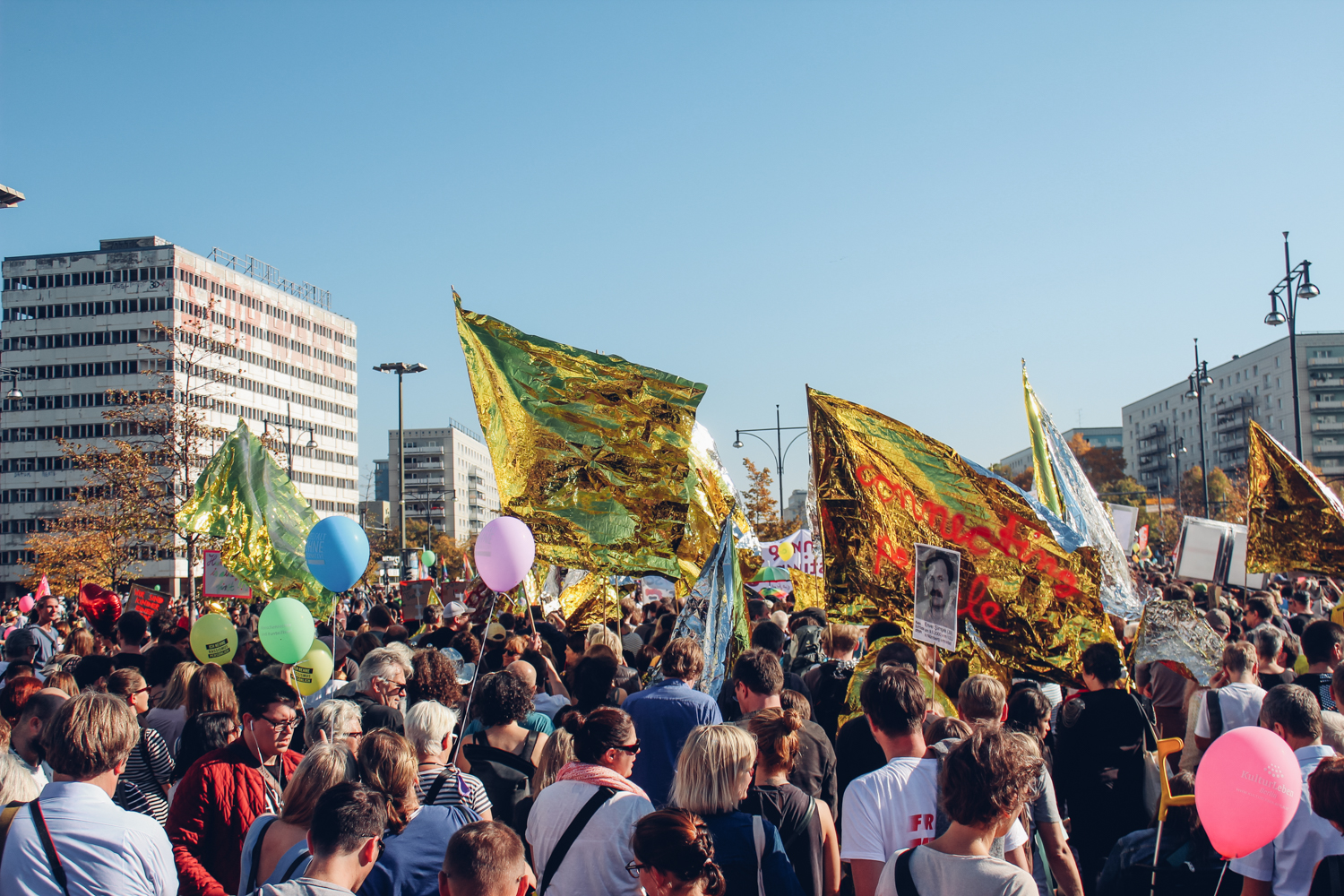 242,000 people marched against the right-wing last Saturday. The iHeartBerlin team took part and has some pictures for you.

“Solidarity, not exclusion – for a free and liberal society,” the unifying motto of the “Unteilbar” (inseparable) initiative lead a massive crowd of people out on the streets six kilometers across the capital from Alexanderplatz to Siegessäule. “Tens of Thousands Protest Racism and Discrimination in Berlin”, “240,000 demonstrate against hate and xenophobia”, “March against far-right draws huge crowds in Berlin”, “It’s finally a united movement”, headlines like these popped up all over the world the last few days. It’s a symbol of hope during otherwise gloomy days that not only Berlin needed, but the whole world. And we want to say thank you. Thank you, Berlin. We all needed that.

“We are extremely happy with how it all turned out,” the initiative’s spokesman Felix Müller said to the press. “Unteilbar” initially expected only 40.000 protestors. According to Müller, the march stands as an empowering symbol that many people support solidarity and want to fight against the rise of the far-right. Leading German politicians commented on the events in Berlin as an important moment for the fundamental values of our society. “You can’t separate us – and right-wing populists certainly can’t,” said foreign minister Heiko Maas in a press conference.

All kinds of marchers took part in Germany’s biggest rally in recent years. The massive crowd was following dozens of cars from different social groups, civil movements, and political parties. While people were listening to political spoken word poetry at Brandenburger Gate, others were dancing to Whitney and Madonna on Leipziger Straße, or blaring techno drums all the way back at Alexanderplatz. Thousands of people showing Berlin at its best: We don’t look the same, we don’t like the same things and we don’t live the same lives but our banners share a united voice: “You can separate clothes and food, but you can’t separate human rights, dignity, and our society.”

Oldschool German superstar Herbert Grönemeyer found the right words when he performed live at Siegessäule. “Nobody is more German than the other,” The 62-year-old rock musician said on stage, “There is not one Germany, but there are millions of Germanies. And that is the inseparable beauty of this land.”

Seeing a never-ending stream of Berliners marching for the shared values of our city, and lastly, for all of Germany, Europe, and the world was a truly incredible experience. Every single person counts. But the fight doesn’t stop with this beautiful, sunny day in mid-October. A demonstration is a powerful, visible symbol, but what’s even more important is what happens after these few, inseparable hours. Are we stepping out of our comfort zones to fight for our shared values?

Just as an uncomfortable example: Last week, right-wing populist party AfD proposed a new bill to abolish same-sex marriage in Germany, one year after its inception.

Yes, this fight might get unpleasant, kinda annoying and really uncool. But, 240.000 people proved that there’s a will to do this. 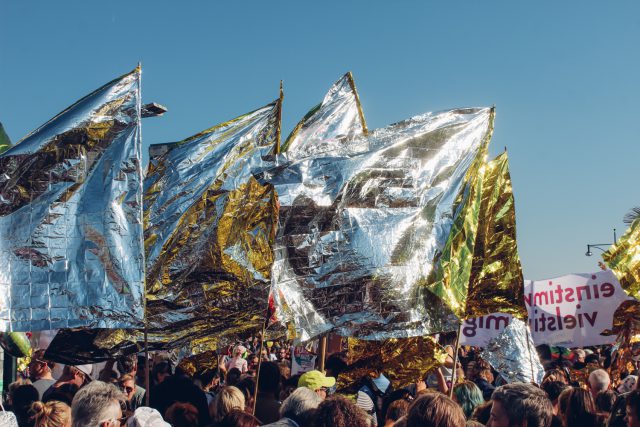 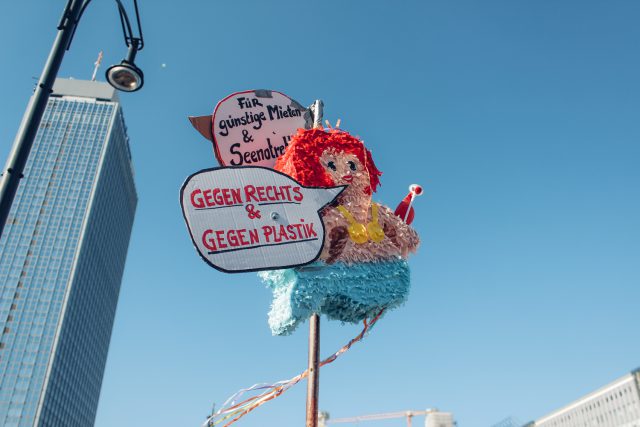 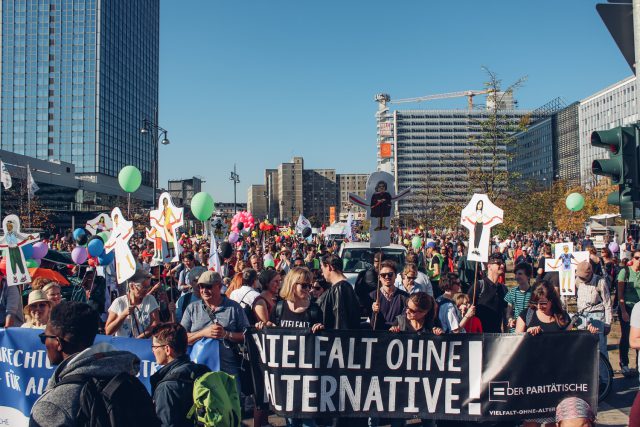 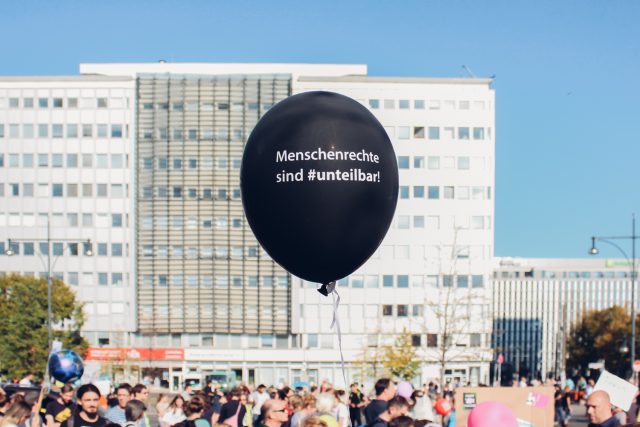 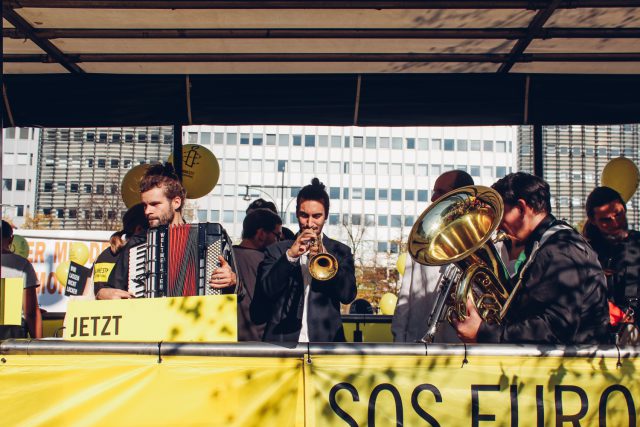 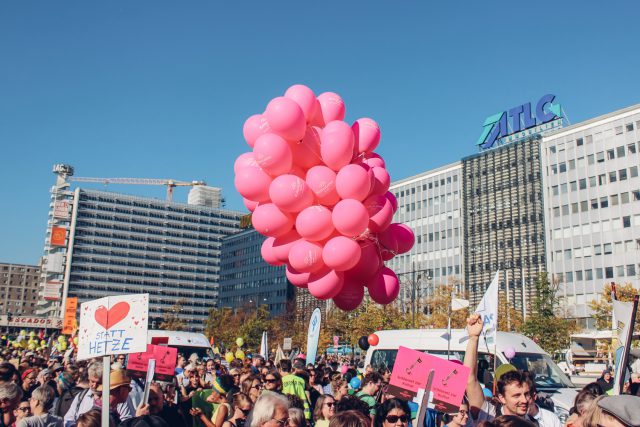 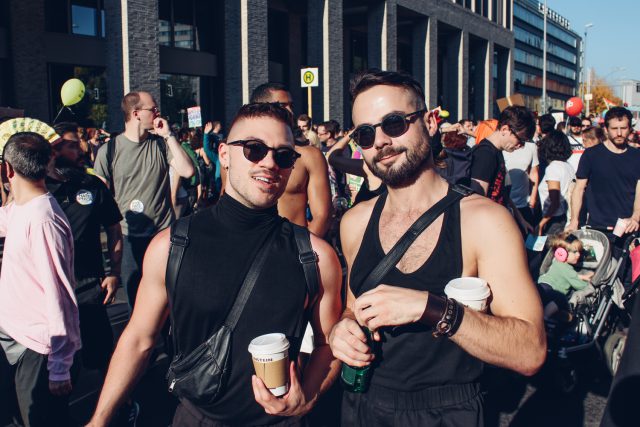 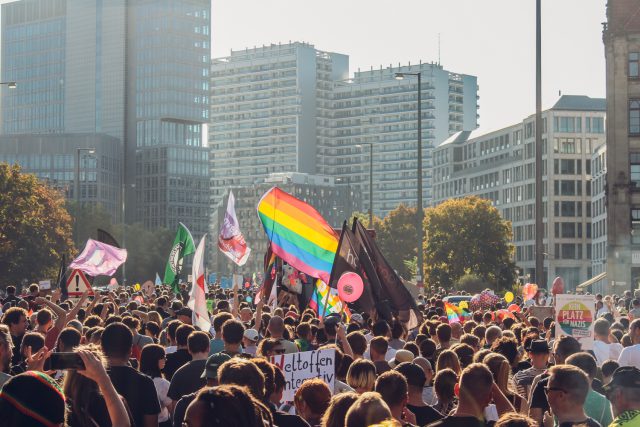 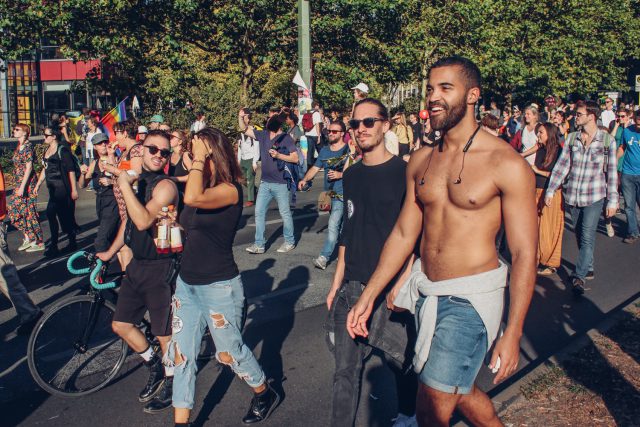 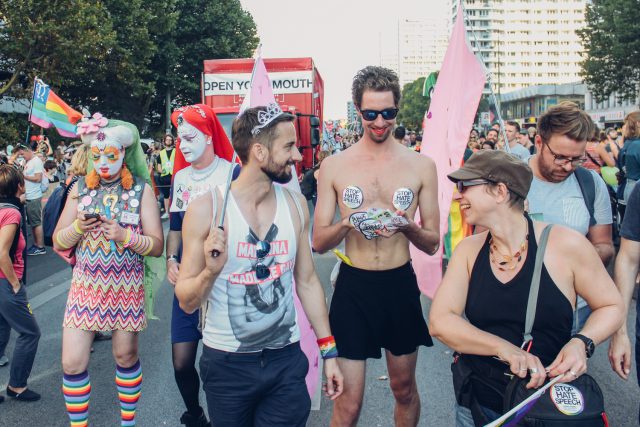 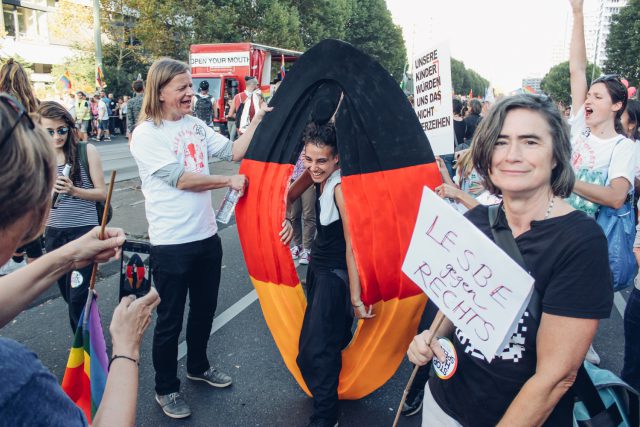 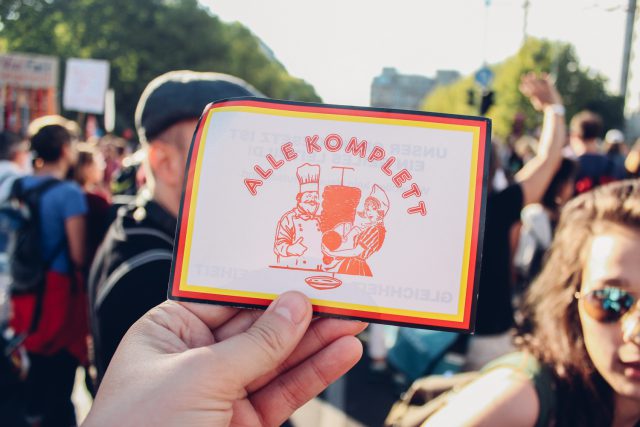 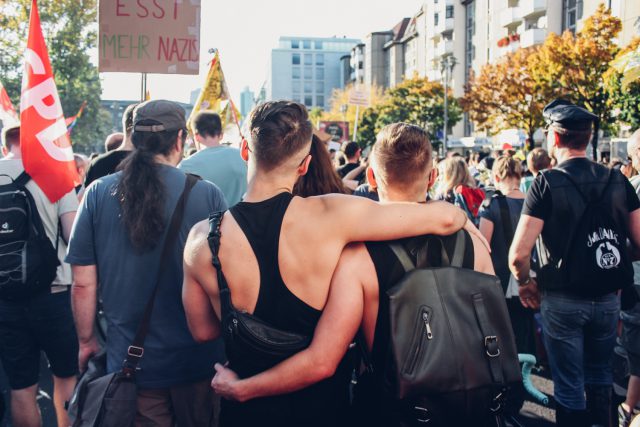 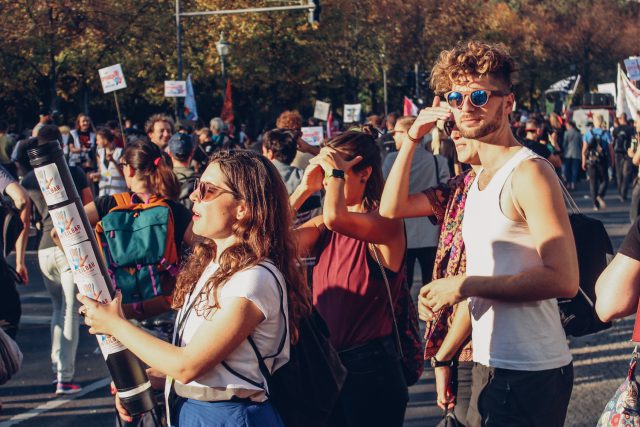 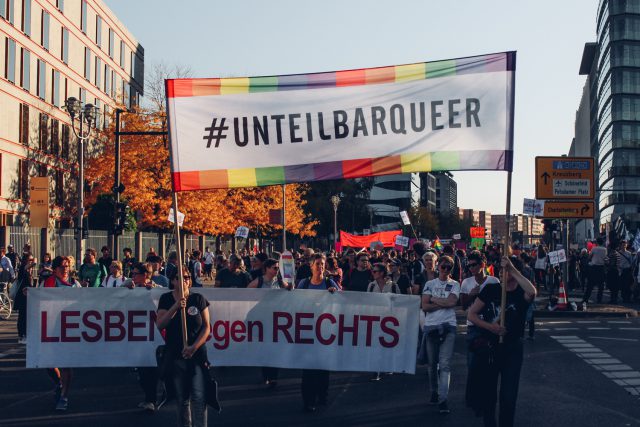 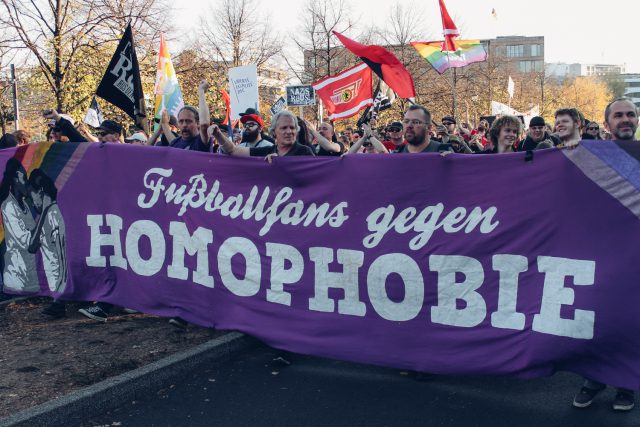 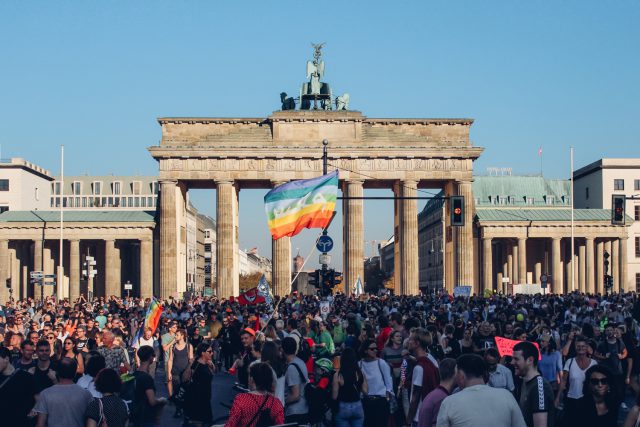 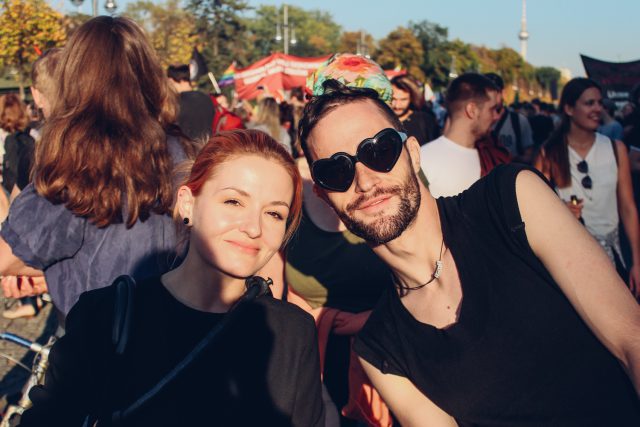 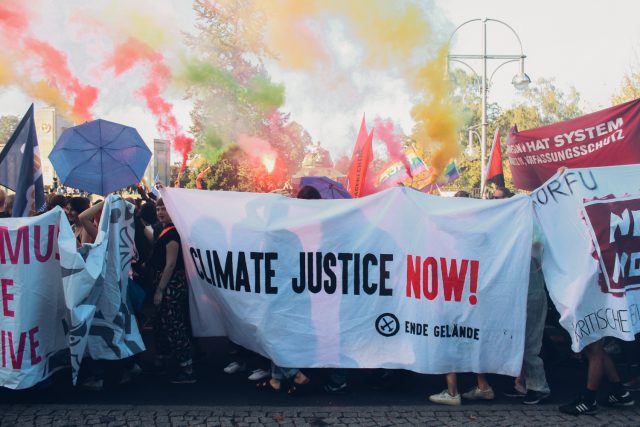 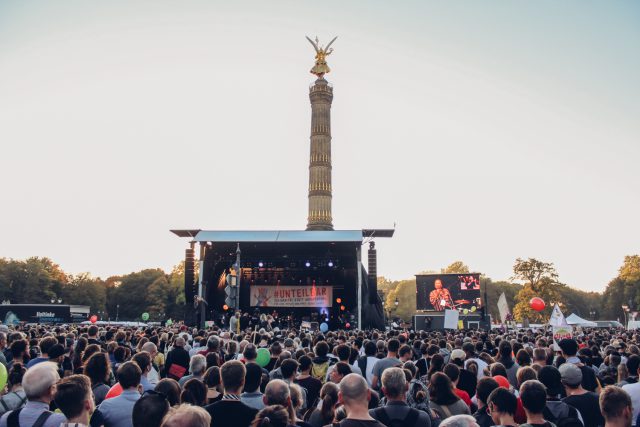