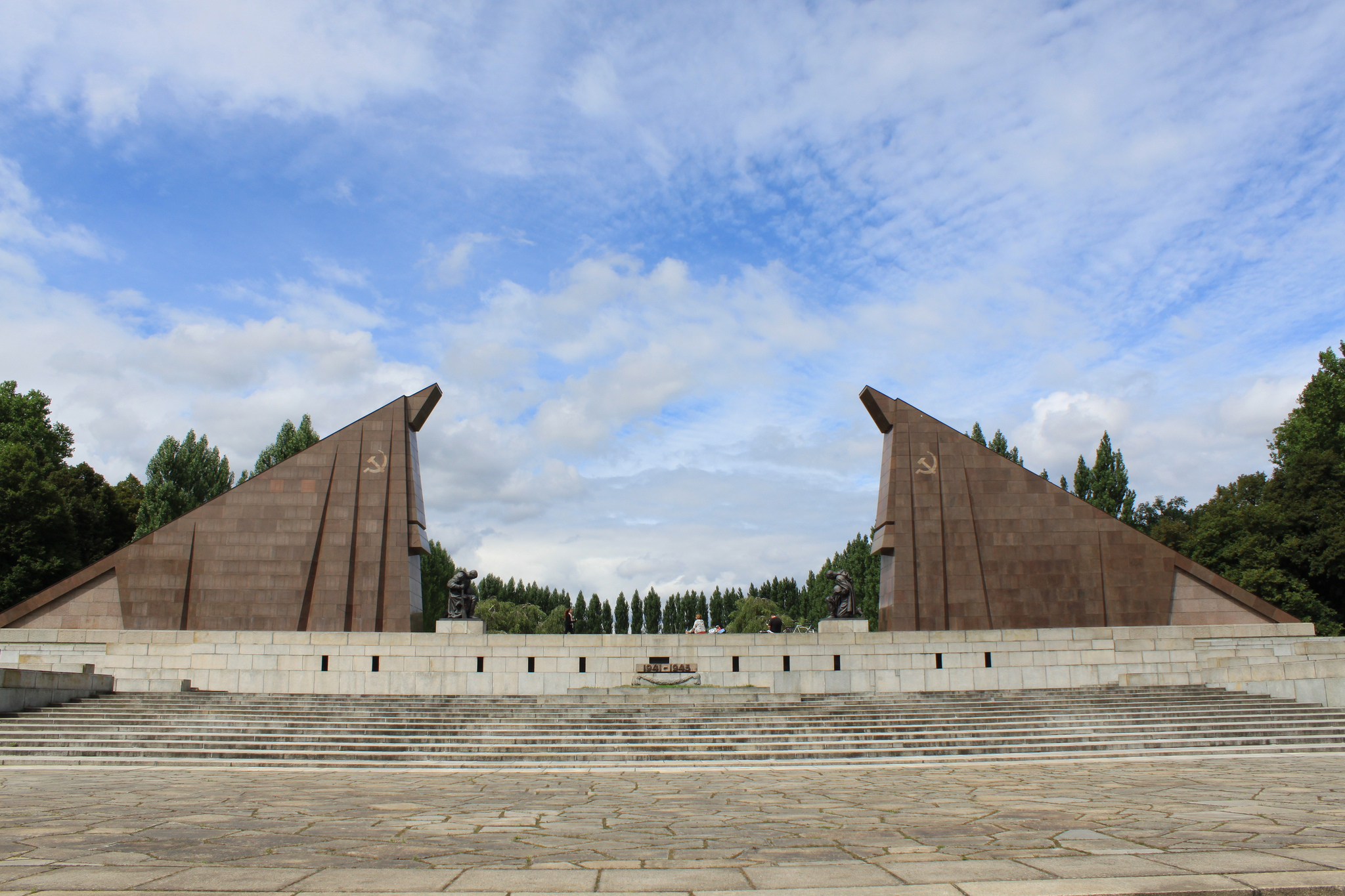 With longer daylight hours comes more time for nice walks in town. Most of the people living in Berlin have probably already taken plenty of walks through Mitte, visited the Museum Island or strolled through Mauerpark. But just a few have ventured out to Treptower Park to discover this impressive historical gem from the former GDR: The Soviet Monument of Honor. This monument was built in 1949 and is one out of three monuments built to remember the fallen soldiers from the red army.

What makes this monument so impressive is not only the giant statue of the child-saving soldier with the massive sword resembling more a knight from a fairy tale than of a Sowjet soldier. The gates to the monument are crystal-shaped pyramides that look like they were constructed for a space station from an alien nation. I guess the fascination for space and the idea of a Soviet world imperium already existed back then, continuing in the Cold War in the following decades.

I recommend to visit this place inside Treptower Park on a cloud free day to enjoy the view. The whole area and especially the soldier statues can give you goosebumps. I think getting in touch with this part of Berlin’s history is a stimulating experience not to be missed. More pictures after the jump. 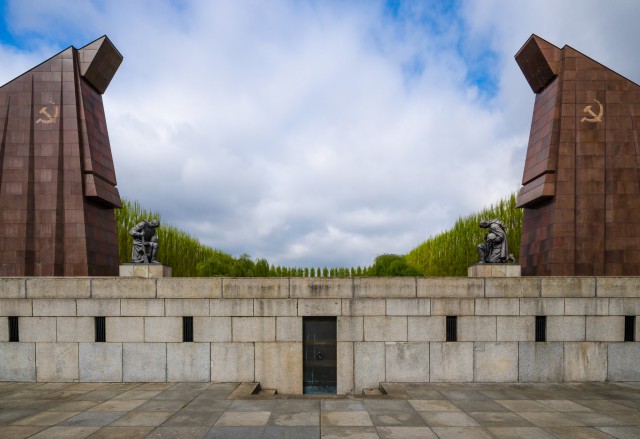 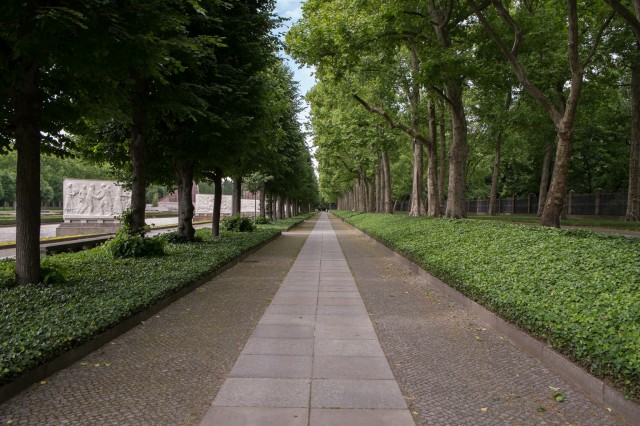 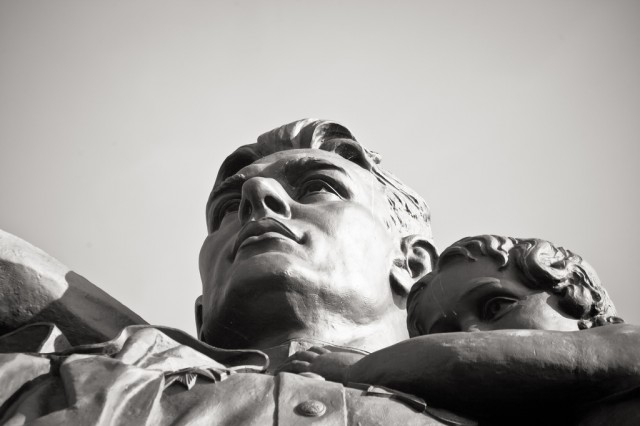 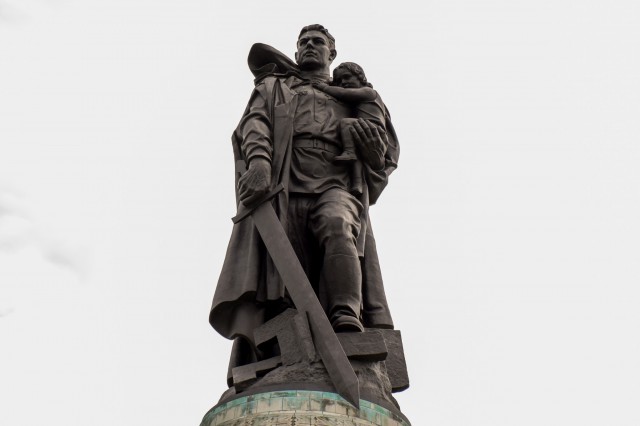 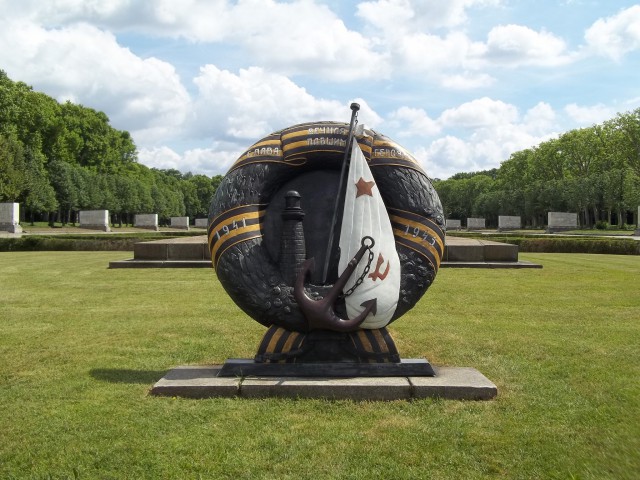 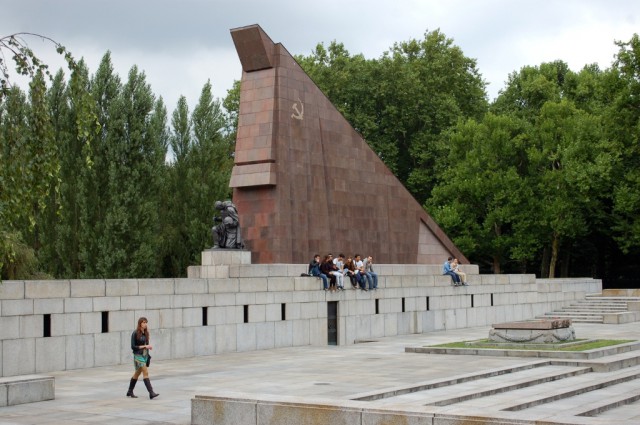 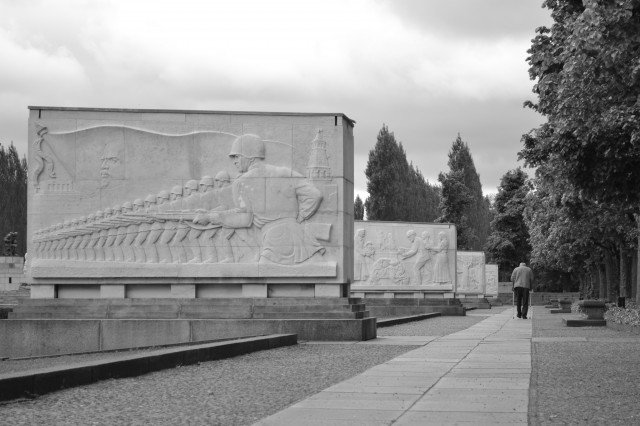