My perspective of the Fashion Week has changed a lot over the years. When I started to go there as a guest in 2008 it was super exciting to enter this unknown, glamorous world full of beauty and creativity. It was fun to connect with the first generation of bloggers in Berlin at the time – a quite different type of person than the generations of fashion bloggers that followed later. We found a common space here to exchange and go on this adventure together. But I didn’t just connect with other bloggers, also with the designers, which led me to start working in the fashion world myself. I hosted the Designer Scouts shows with my colleague Gina, it was a platform for avant-garde designer and emerging talents. From there on we saw the Fashion Week from an entirely different perspective, everything behind the glitz and glam, including the unpleasant side of it: the hardships of the designers, the struggle of the PR people for the most important guests, the difficulties to finance everything. It’s not all that pretty from that side, some people work really really hard and dedicate all their time and energy into making this look so effortless. It’s so easy to forget that when you make a derogatory comment about a show you didn’t like. 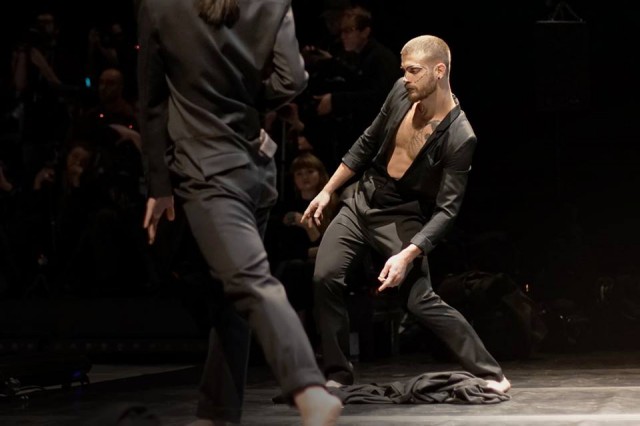 After our own project ended in 2012 I once again became the normal visitor of Fashion Week, but maybe with a little more behind-the-scene knowledge than the average guest I saw things differently. I know very well the value of continued support that lasts longer than the hype around one label. I know what it means to build something from nothing in this fast-paced world of fashion. I appreciate what the fashion scene of Berlin is building up here in this city, no matter how slow, how many things go wrong or how many aspects I personally don’t like, I won’t side with those negative thinkers and their snarky remarks just because that seems to be the thing to do when it comes to Berlin Fashion Week. We have amazing designers here in Berlin, I can’t stress that enough, I’m grateful they all stayed here and that we can watch them grow. This one’s for you, guys!

And now I would like to give some praise to a few of the designers that stood out for me the most this season during Berlin Fashion Week.

I remember very well the first time I saw Marina Hoermanseder. It was her ESMOD graduate collection that was presented at the French Embassy a couple of years ago. The designs were edgy and eccentric, so naturally Claudio and I totally loved it. The other fashion writers we spoke to there were not so thrilled, too far away from the norms of fashion. Well, look at her now: one of the biggest stars of Berlin Fashion and now with the confirmation of Vogue & Co also the initial doubters agree.

Her new collection is one of my favorites so far. Contrary to her previous ones she showed more of the gorgeous sculptural pieces that have a strong fetish vibe. When her models step out on the runway with one of those daring corsages it feels almost like a whiplash on the lazy asses of conventionalists.  I love how Marina finds new ways of incorporating her signature leather straps into more “wearable” pieces and accessories.

Esther Perbandt is probably the longest-standing avant-garde designer in town that is part of my list of highlights here. I had the honor to work with her back in 2010 for our second Designer Scouts event and it was a great pleasure for us. She is not only an amazing talent, but also a great person, that deeply deserves all the praise she is getting. Especially since her 10 year anniversary show at Volksbühne she has changed up the game of Berlin Fashion by merging creative genres together and bringing fashion design to the next level.

Her new show was once again a great triumph. The black and white collection follows her smart, gender-fluid, intellectual aesthetic and adds many great new ideas making this one of her most original and unique efforts. But the show itself was special too, because she collaborated with contemporary dance icon Sasha Waltz and her ensemble to combine performance with runway at the awesome Radialsysteme V theater. 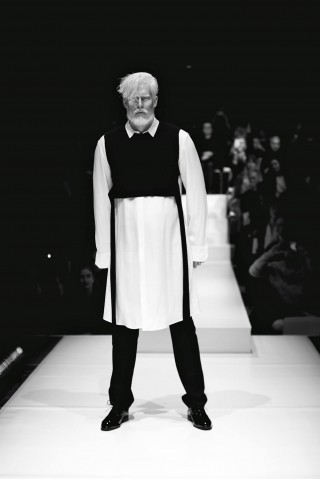 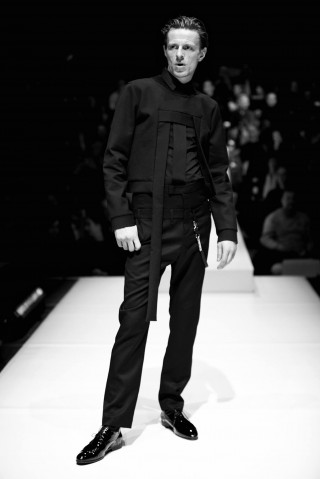 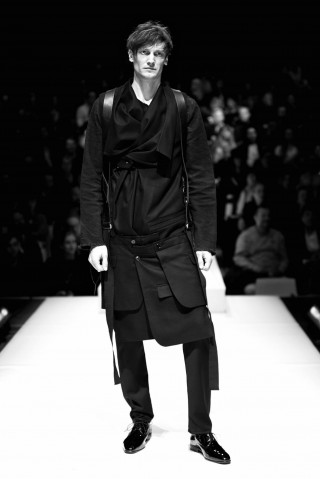 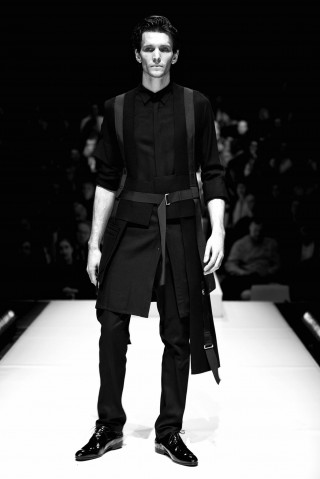 Augustin Teboul have been a local design phenomenon from their early days on. Their unique style and impressive craftsmanship is pretty much the closest thing to Haute Couture that we have here in town. Their designs combine the elegance of beads and embroidery, the sex-appeal of leather and transparence, with a twist of Goth and Grunge. Their collections are usually completely in black, with only occasional appearances of other colors, such as nude. This season they surprised us with a big splash of color, of course mostly as details on generally black outfits. This was a fresh change that renewed our admiration of the label immensely.

SADAK was one of the labels that I always wanted to work with in my years doing shows. It never materialized because back than the man behind the label was mostly active at Tokyo Fashion Week and didn’t pay much attention to the local Fashion Week. It came to me pretty much as a surprise when he suddenly started to show his collections here in Berlin on the runway. From his earlier collections that were often made of meticulously hand-painted fabrics and patterns he has come a long way. His new menswear collection is more elaborate than ever and beautifully melts different styles into one amazing aesthetic. I especially admire the new beaded head-pieces and tassels on the garments.

It’s a great pleasure to see the SADAK show, in a way this one encapsulates for me the most the urban, sexy, playful style of Berlin. It’s taking its inspiration from different parts the world, is a little rebellious and edgy, but still totally contemporary.