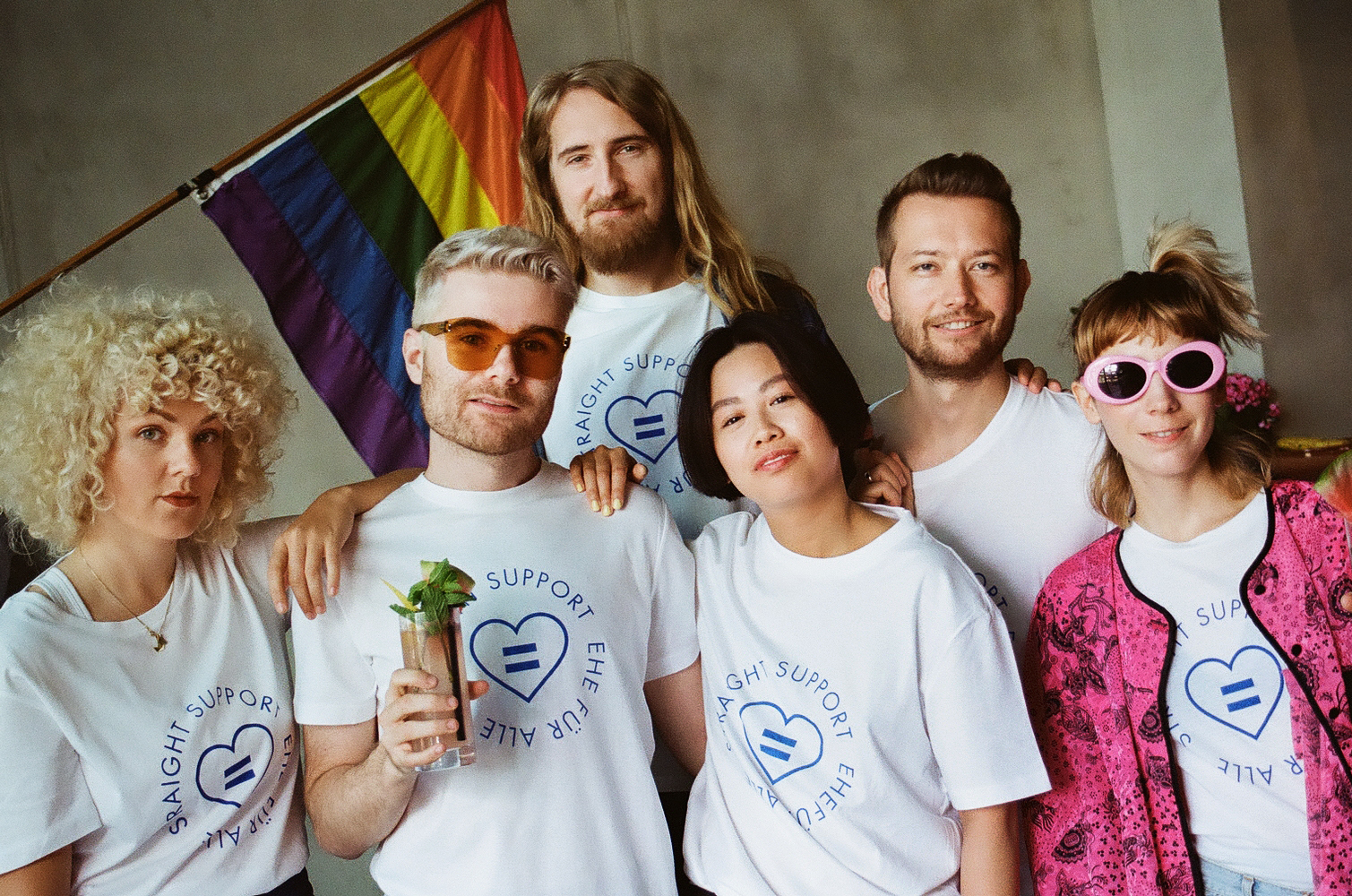 Continuing my story about our campaign for the Ehe für Alle organization together with SKYY Vodka I would like to present you today with the results of a photo shoot and interview we did with some of my dear colleagues from the world of blogs and Instagram. We designed a T-shirt that is calling for support from our straight friends and family members in our fight for marriage equality and other causes important to the LGBTQ community. We gave these shirts to a group of fellow bloggers and Instagrammers so they can spread our message to their fans and followers. We asked Joseph Wolfgang Ohlert to take some photos of them with the shirts. He’s one of our favorite Berlin photographers who we have featured multiple times here on iHeart over the years with his amazing analog portraits and who has empowered the LGBTQI community with his book Gender is a Spectrum. Today we want to share with you the beautiful results of our shoot.

We also asked all of them what their position is on the campaign, on the involvement of a brand like SKYY Vodka and what they think the next big steps should be now that marriage equality has been introduced. Their answers were so strong and beautiful that we want to share them with you as well. Thanks to everyone who participated, especially to the Ehe für Alle initiative and all the organizations that are part of it who fought hard for marriage equality to become a reality in Germany. 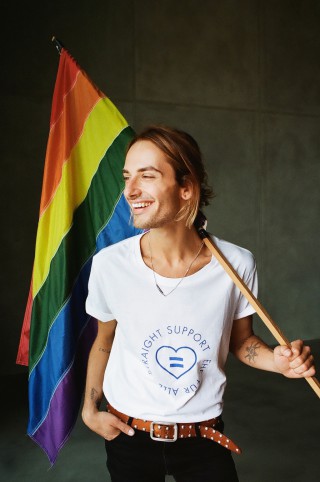 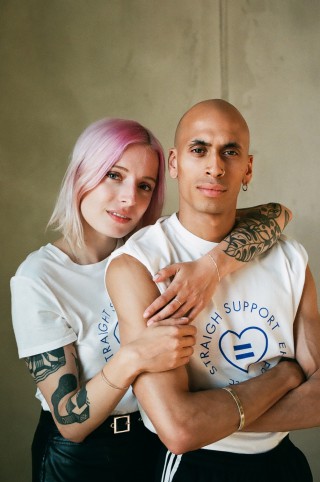 “For me it has always been normal and natural that love is love. I come from a small village in Bavaria and I know what it means to be „different“. But I think we should all have the same rights, no matter if we are from Asia, Africa, or the Antarctic, if we are curvy or thin, small or tall, homo or hetero or asexual.” 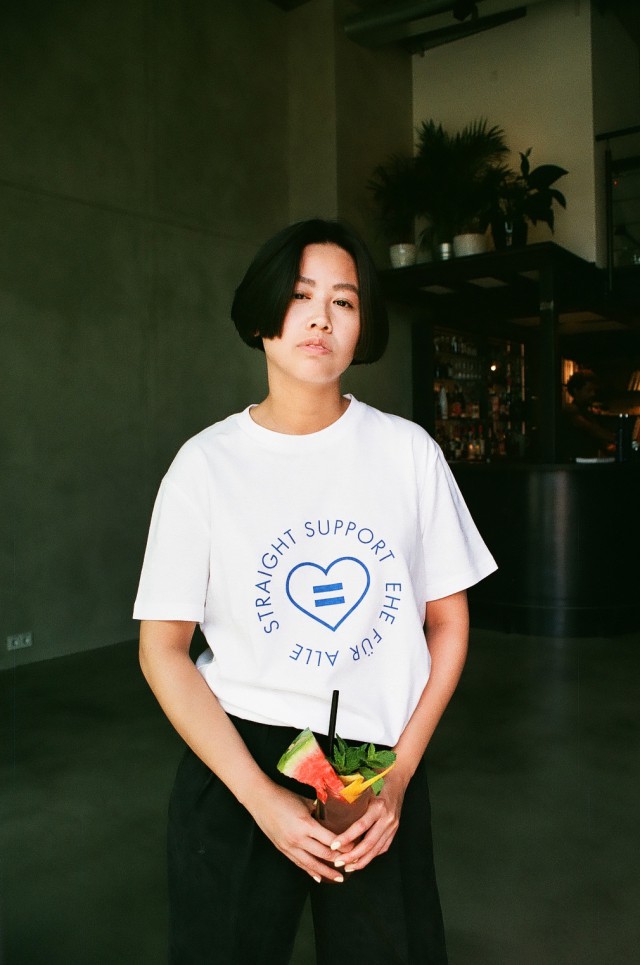 “I give my whole support to any great progress in human rights. Anyone on this planet should be respected and given the freedom to be whoever that person wants to be.

There are so many things to do in order to make our society a better one but I would definitely concentrate on the new generations to come and offer them a better education. Stop teaching our kids that surviving in our society is about competition and ego.” 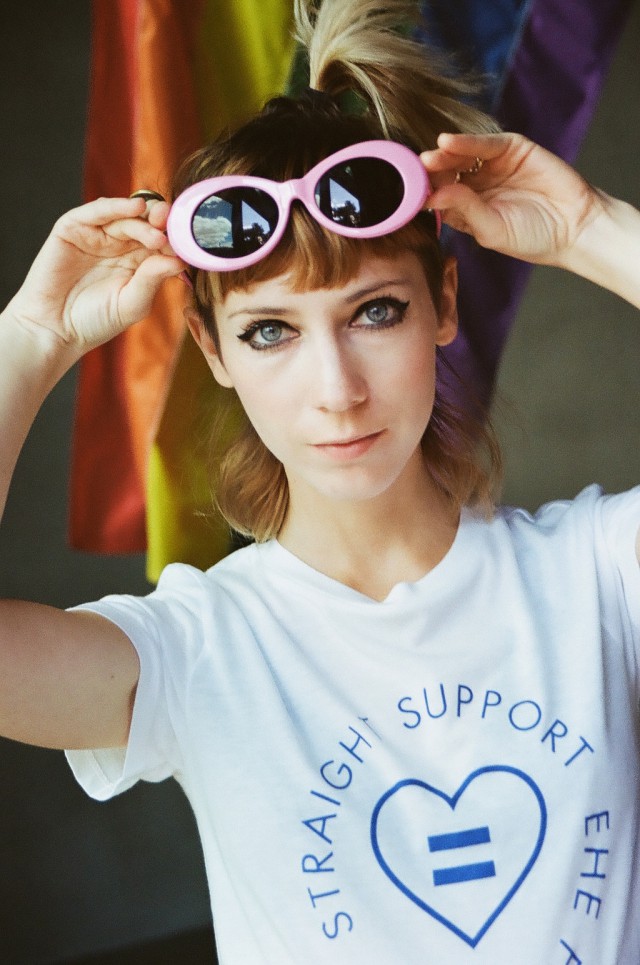 “The real act of marriage takes place in the heart, not in the ballroom or church or synagogue. It’s a choice everyone can make now. Love has no more boundaries.” 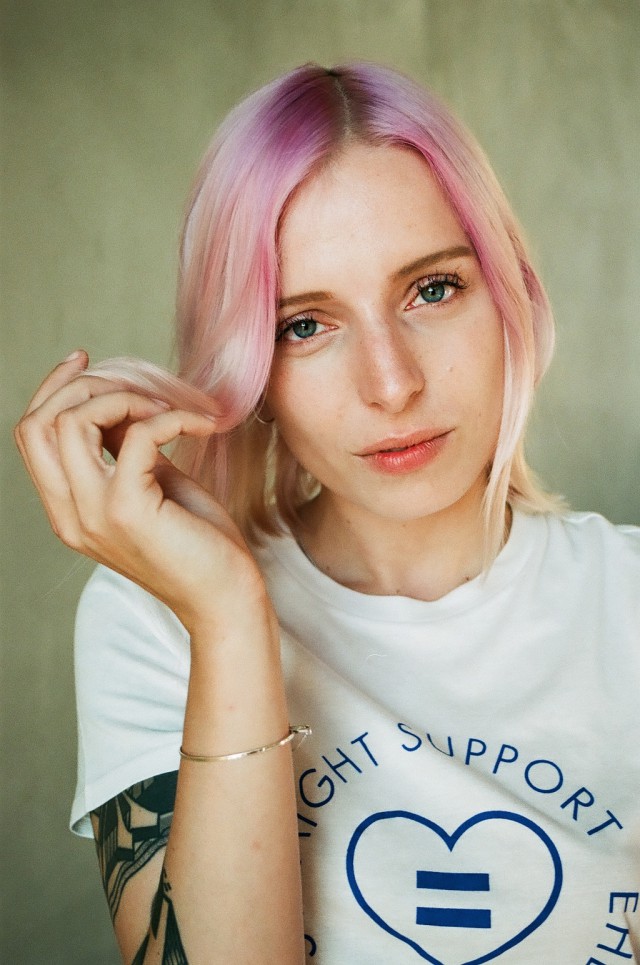 “The fact that something like marriage equality is still a topic of discussion shows how much work there is still to be done. It has to be something normal that everyone can freely decide who they can love and marry, and with who they want to have children with or adopt. No country should be able to decide that for their people. I really don’t understand why anyone would think that marriage equality could hurt them. The people shouldn’t always judge something that they don’t know or can’t comprehend. This also concerns topics such as racism, feminism, and so much more. It would help our society if everyone would be a little more open and not greet everything with skepticism and fear.” 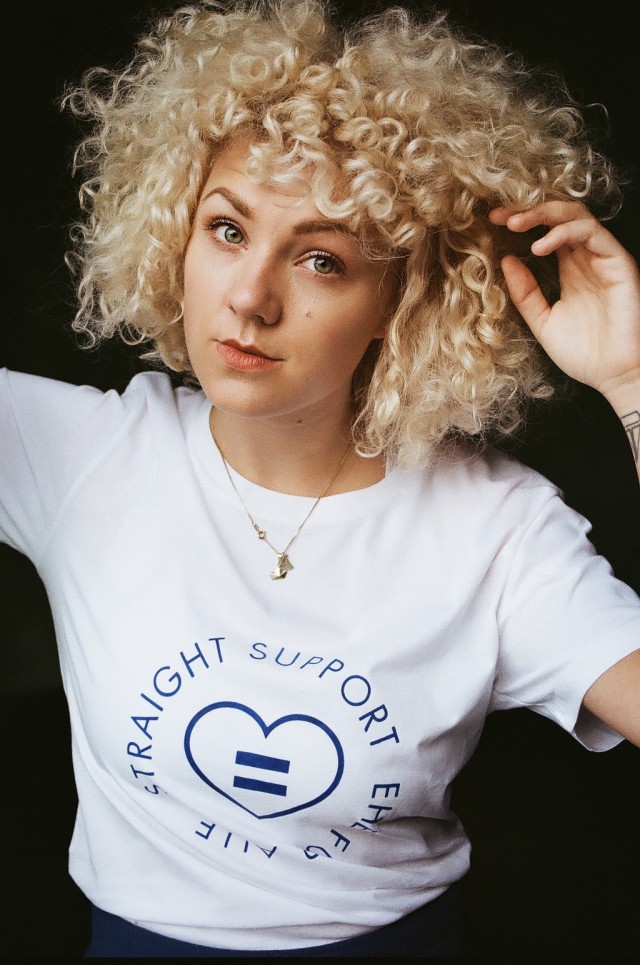 “Marriage equality is more than just a new law for a specific minority. It proofs how decades of fighting with protests, demonstrations, activism and initiatives can actually change society to be more tolerant and open-minded. For me personally, the thought that from now on LGBTQI teenagers that discover their sexuality or gender identity will know that whoever they will love, they can form a union that has the same value as a heterosexual marriage and will be protected by the German state makes me really happy. Also I am profoundly touched for the couples who have loved each other for decades and can now celebrate with pride their love to the fullest.” 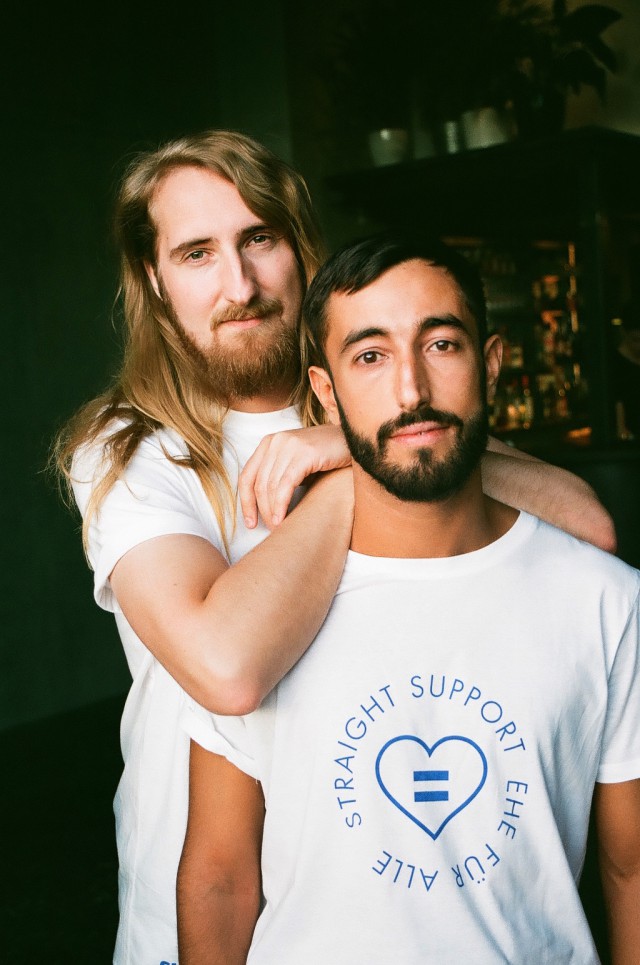 The “Ehe für Alle” is, to me, just an awakening. The next steps should definitely be education efforts and intersectionality. Let’s prioritize the intersections of race, gender, ethnicity, class and religion and let’s talk about unemployment and homelessness for queer youths, access to health care for the transgender community, domestic violence affecting queer women of color, police violence and discrimination for immigration status, etc.” 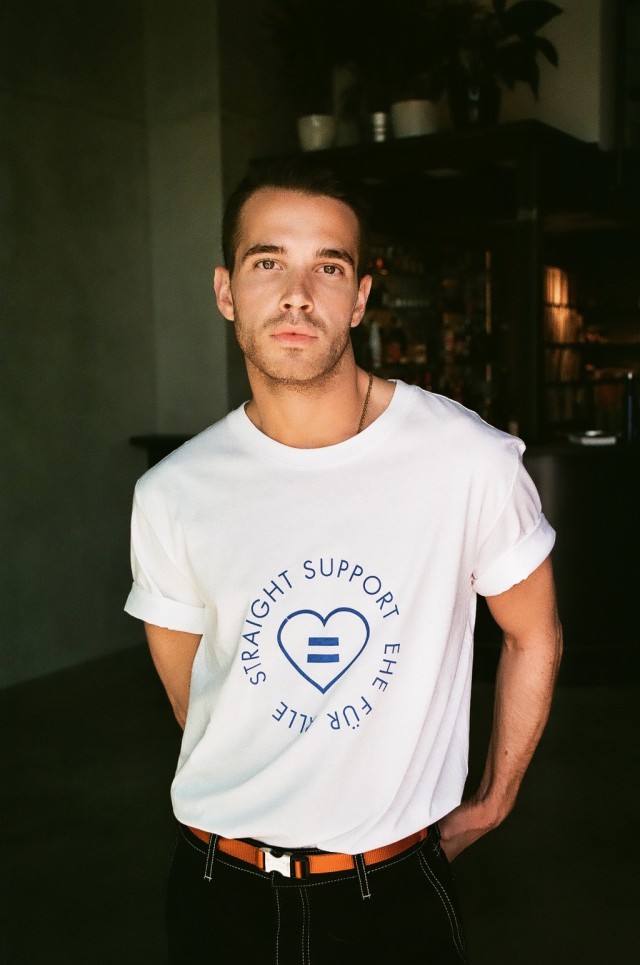 “Marriage equality is a big step. It should go on like that. But I am worried about homophobic Influencers and YouTubers who spread their hateful messages to young people who than take these cliches with them into their circles. It’s one of the reasons why I think it’s important that big and popular brands, athletes and celebrities become advocates for tolerance, not just during Pride Week. The new generation needs to grow up with good role models.” 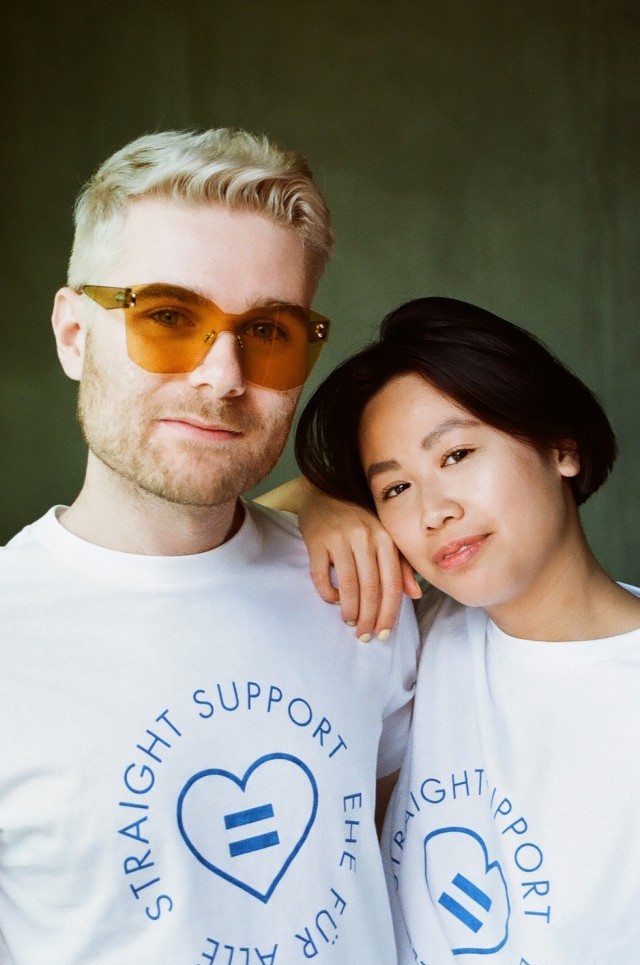 Thanks for the sponsorship by SKYY Vodka.