Berlin is undoubtedly a hedonistic city. It’s known for its wild sex clubs, indulgent late-night food culture, excessive drinking, and the legalization of sex work. Despite this sinful reputation, sex workers in Berlin still face much of the same stigma they encounter elsewhere. Berlin Strippers Collective (BSC) is an organization of strippers living in Berlin, working to tell their stories through art and events, while always advocating and fighting for their ultimate goal: decriminalization.

I sat down with three members of BSC on a cloudy and grey Sunday afternoon on Zoom to discuss their goals, events, and how Berliners, who so ardently support the hedonistic culture here, can support the absolute root of it: sex work. My interviewees (who all use she/her pronouns, although not all in the collective do) introduced themselves as Mia Onacid from Spain, Edie Montana from Italy, and Chiquilove, originally from the Venezuelan countryside, but more recently from London, each cozied up in their little Zoom windows, complete with plants, maps, Ikea lighting fixtures, and mimosas in hand.

After cofounding a similar collective in London, Chiqui moved to Berlin and founded BSC with Edie and another stripper called Suki to create a space for strippers to share their stories with the public, generate a new source of income, and campaign for decriminalization. They officially created the collective in November 2019 and have been hosting live drawing sessions, performances, comedy evenings, variety shows, and other events ever since. “Basically, the collective first started from two needs,” says Edie, “we were fed up with the shit at work and wanted to create a space that was independent, where we could create our own rules.” The group is proudly feminist, and their audiences are 70% female. 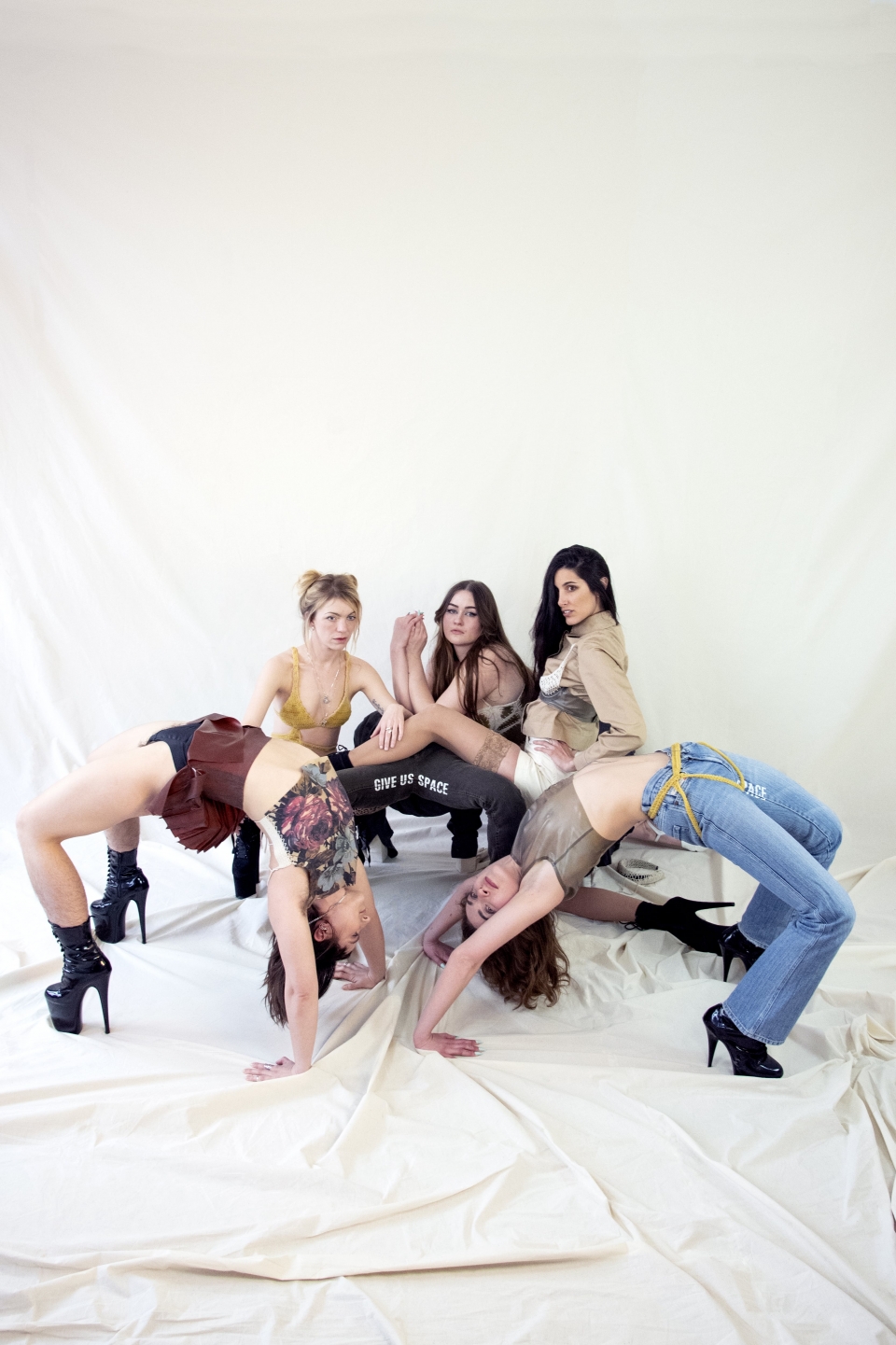 The group’s politics are immediately evident from their performances. “All of our performances have a bit of a political edge,” adds Mia. The strippers performed in Wilde Renate’s Overmorrow installation, an immersive, walk-through art experience at the club. “At Overmorrow we acted out a post-apocalyptic strip club. We pretended that all the strip club managers had died, and the dancers could take over,” says Edie. “We also had robot strippers that replaced real strippers because men didn’t like women with an opinion. So of course, we explore the beauty and artistry of stripping, but we also try to give it a political message.” 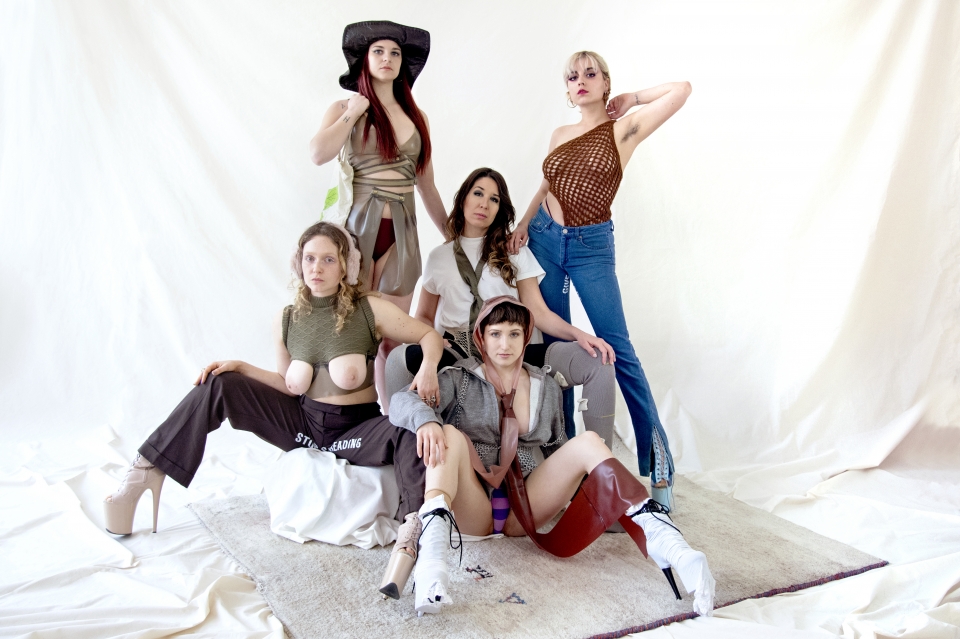 BSC works to bring sex work into non-sex worker spaces through their events. Mia, Chiqui, and Edie all agreed that Stripper Stories was their favorite event they’ve put on. It usually includes five minutes of stripper storytelling accompanied by a dance performance and a captivated crowd listening to sex workers. Chiqui says that the event gives strippers the opportunity to be listened to as real people. “We’re no longer just a sex worker or a stripper. They see us as a complete human being trying to do our jobs.”

Despite Berlin’s aforementioned “hedonistic culture,” the collective reported that they still face massive stigma as sex workers simply because they charge for their performances instead of doing it all for free on the dancefloor. “There are certain kinds of labor, like sexual labor or emotional labor, that men expect for free,” Edie mentions. “Berlin guys are very cheap because everything is so available here,” adds Chiqui. “You can go to KitKat and get laid easily, so they think they don’t have to pay you for the same thing.”

Edie explains that sex work is the only industry in which marginalized groups (like women and trans people) make the most money. “They get money from privileged men who can afford these kinds of sexual services,” she says. Mia connects this back to their political message. “It’s wealth redistribution, so if we do it on our own terms like we’re trying to with the collective, it’s really quite revolutionary.” 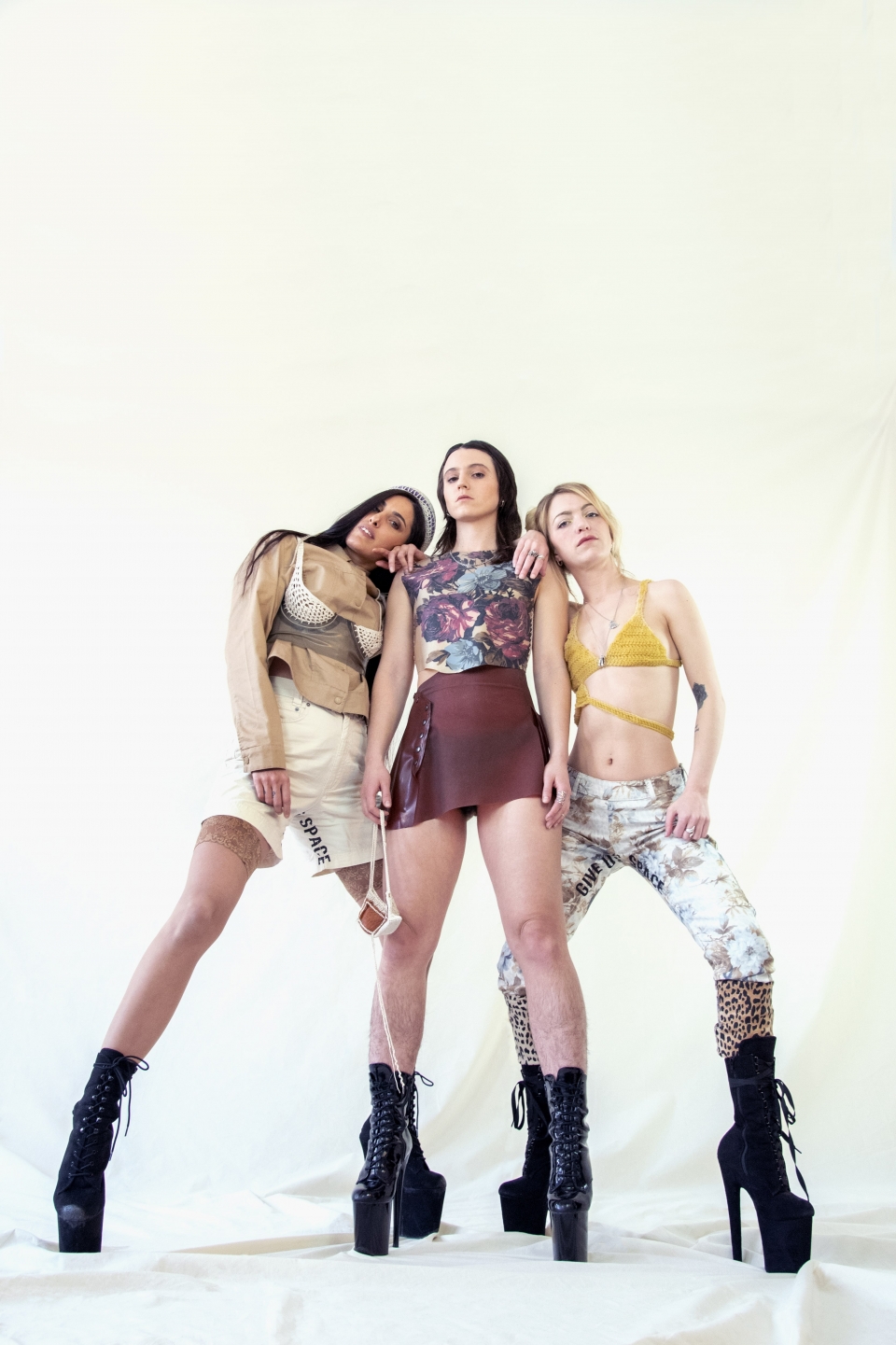 When dealing with these privileged men, all three commented on how little their jobs actually involve dancing. “It’s funny because, in the sex industry, the last thing you actually do is sex. You do a hell of a lot of therapy and listening,” says Chiqui. “It’s babysitting grown men. Drunk and old men behaving like babies.” They agreed that stripping is 20% dancing and 80% emotional labor.

While babysitting in the strip club, strippers develop various skills applicable in multiple industries. “We get so many skills out of our jobs, but we can’t put them on a CV,” says Chiqui. She says that although she’s a stripper, she’s also a salesperson, marketer, event organizer, and does her own taxes. “And that’s still not enough for society to take you seriously and give you a contract for an apartment.” Despite the myriad of skills that stripping trains, it’s still not viewed as legitimate work.

Although the collective agrees that stripping trains multiple skills that are applicable outside the club, they mention that viewing stripping as “just a phase” is a dangerous misconception, as it perpetuates the idea that sex work is not a valid choice. “Some people dedicate their lives to stripping,” says Mia while Chiqui laughs. “We want to reinforce that it doesn’t make a difference if it’s just a phase or if you do it on the side with any other occupation or studies. We want to show that sex work is valid by itself.” The group expresses frustration that many people only accept stripping and other forms of sex work if they are temporary. 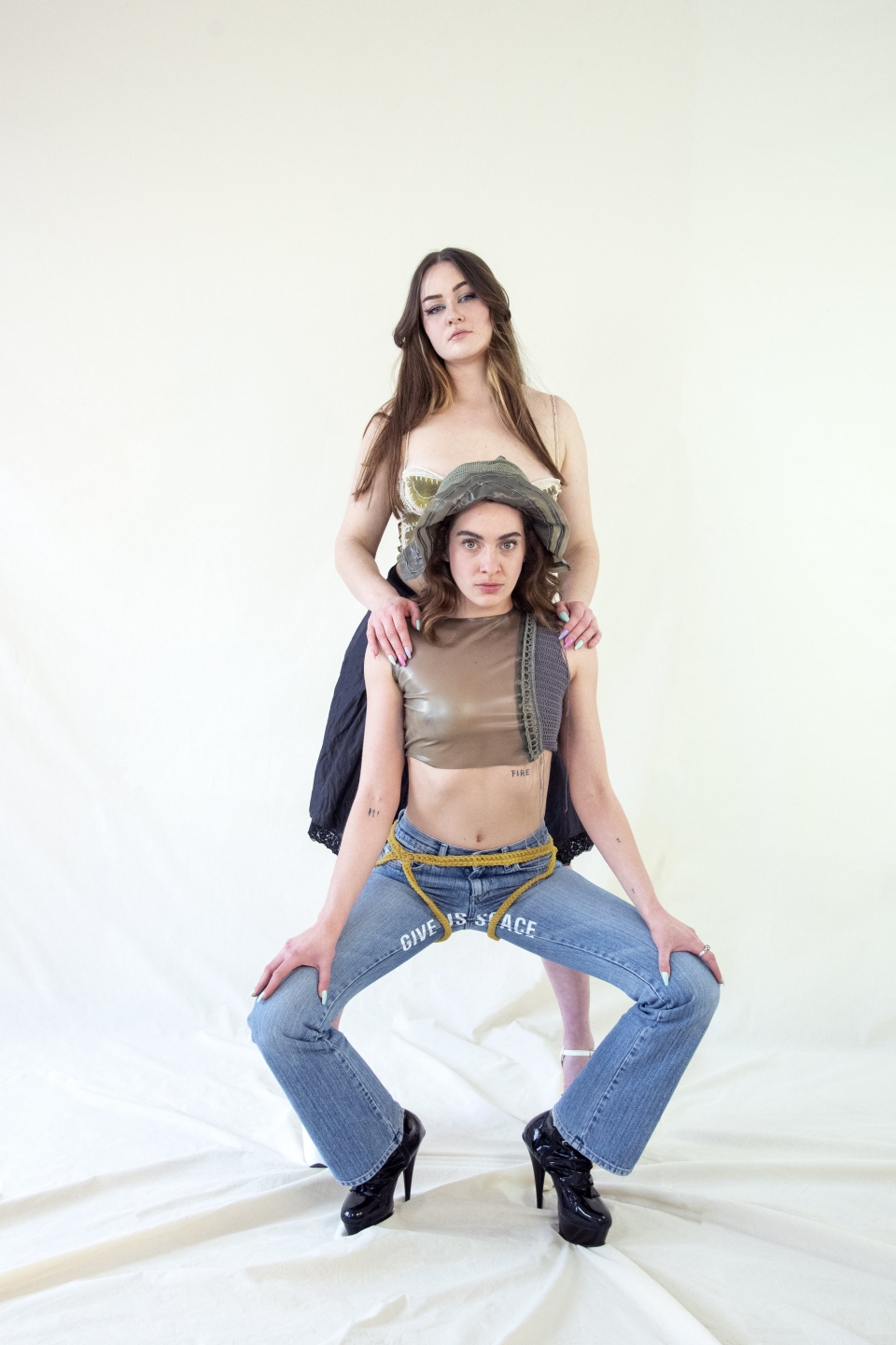 When asked how people can support their collective and other sex workers in Berlin, BSC offered several options ranging from donations to simply changing the way you think and speak. They encouraged everyone to subscribe to their Patreon for exclusive content and attend their events to directly support the collective.

The group’s highest priority is of course decriminalization. “The biggest problem is that if sex work is not decriminalized, we can’t rely on the police if something happens,” says Edie. This can be incredibly dangerous if someone assaults a sex worker or steals from them for example. 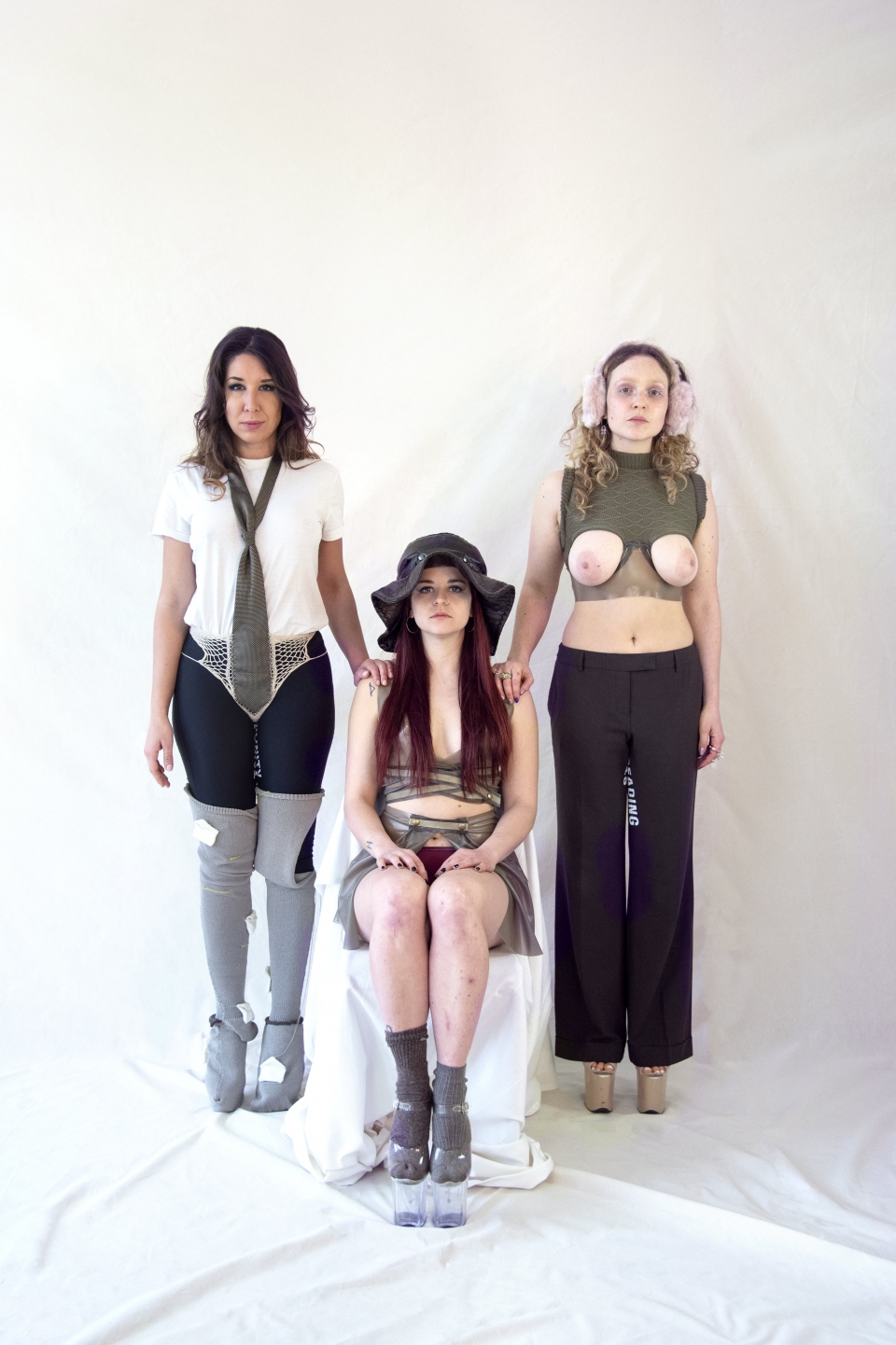 Ginger, a friend of Chiqui and fellow member of both East London Strippers Collective and BSC, who was over during the interview, interjects at this point to explain how dangerous different forms of criminalization can be. When asked how we can help sex workers, she says, “campaign against the Nordic model!” The Nordic model criminalizes clients but can be even more dangerous for sex workers. “It drives the whole industry underground,” says Ginger. “Clients don’t want to provide their information for screening, they don’t want to negotiate about condom use, and it perpetuates the idea of ‘the poor sex worker’ that we need to protect.” The Nordic model is known to increase violence against sex workers. “People have died in places they’ve introduced it,” says Ginger.

There are also more casual ways to support sex workers that are just as important and valid. Mia asks that we all stop our friends from using microaggressions against sex workers. “Stop your friends using the word whore as an insult,” she says. And perhaps most importantly, “integrate sex work decriminalization into your feminism.” 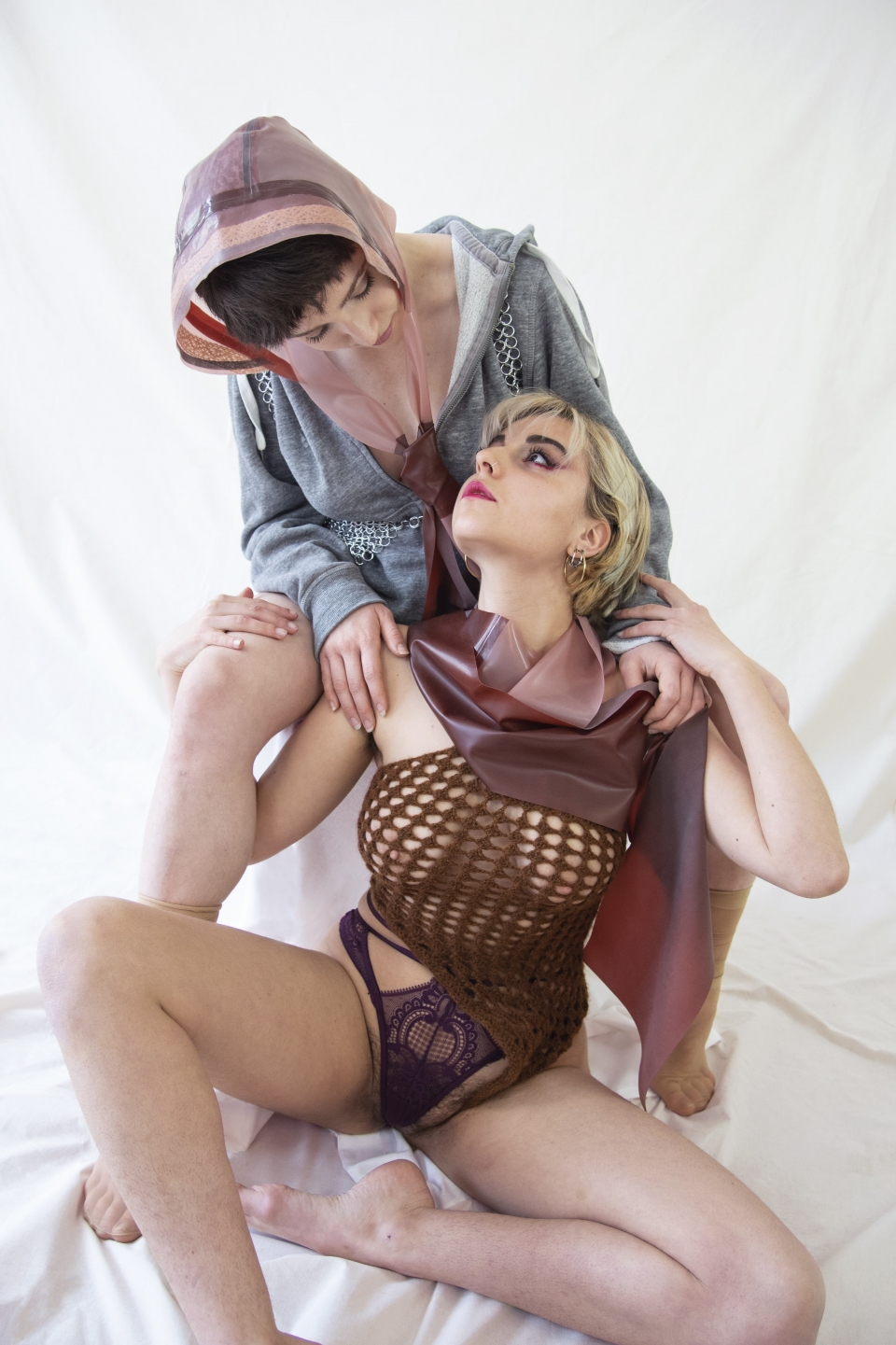 You can follow Berlin Strippers Collective on Instagram for updates on the group and their events. Their next event is coming up on April 29th as a celebration of International Worker’s Day. You surely won’t want to miss it.