MEAT Me at the Mall – A Review

As we already announced here we were really looking forward to see the theater piece MEAT by Thomas Bo Nilsson as part of the F.I.N.D. Festival at Schaubühne. Before doing his own thing the Swedish stage designer, performer and director was part of the Signa group from Denmark. If you ever experienced a piece from this group before you will recognize the unique touch of analog reality in this new piece. Go after the jump for a little review and some impressions of the piece.

Entering the theater space through a Spaeti you are already inside the installation before you even know it. Almost like in a little village of crude trash and consumerism horror you wander around the MEAT installation like a lost soul. Fortunately the labyrinth becomes less claustrophobic after a while and you get used to the strange smells, the blinking lights and the anime-like creatures wandering around. Still you never actually feel safe in any place or any conversation. You get involved in this piece quite easily, but it is up to you to decide how much you like to immerse in the individual stories of the characters approaching you.

The set design, costumes and actors are quite impressive. The fake world which gives you a repeating feeling of nausea is in constant change through new characters and actions happening all around the clock. But you should not expect to get so easily entertained. Like in a video game the fun is more about discovering the universe by being an active explorer instead of waiting passively to experience something. If you are waiting for something to happen, nothing is going to happen. But if you are not expecting anything, then you might be surprised by the conversations, the stories and even some free shots you get inside of MEAT.

The only thing I was missing was the link to the storyline of the alleged cannibal porn actor Luka Rocco Magnotta. There was no story reference clear to me (there is a replica of the apartment inside the piece, but I expected something more). Also, I liked the idea of a fake social media world and constant presence of Facebook, webcams and pornchats. But yet again, my own expectations were undermined, because nothing more happened then some Facebook requests from fake characters. Anyway, I will look into the live stream regularly to see what is going on the next days and I suggest you to take the chance to see this extraordinary installation until its still going on which is until April 13, 2014. Maybe MEAT it is not everybody’s cup of tea. But yet again, this should not be the goal with avant-garde theater that the F.I.N.D. Fetival is actually all about. Enjoy a sneak peak inside the installation below. 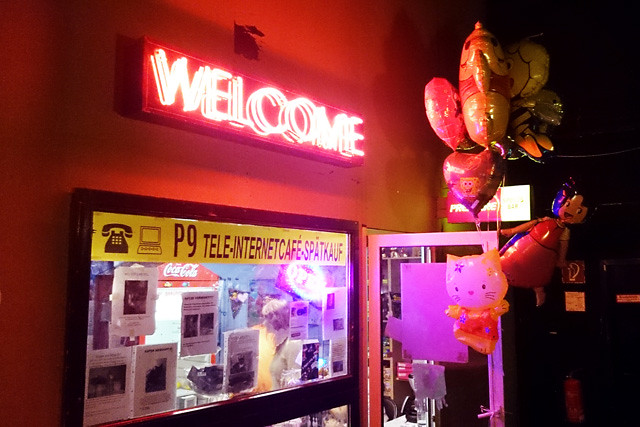 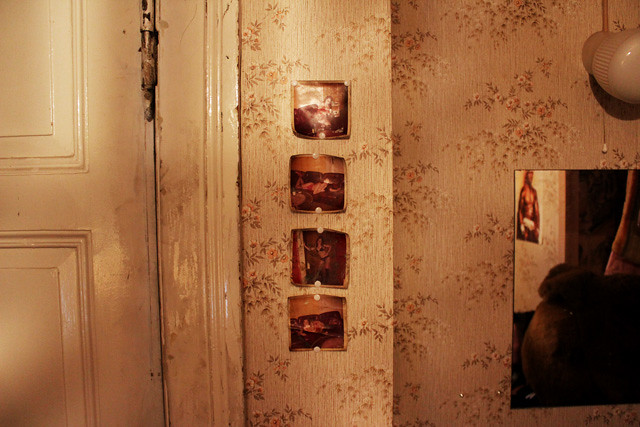 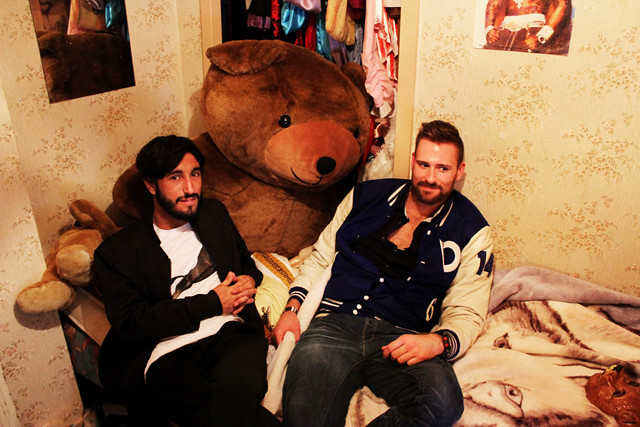 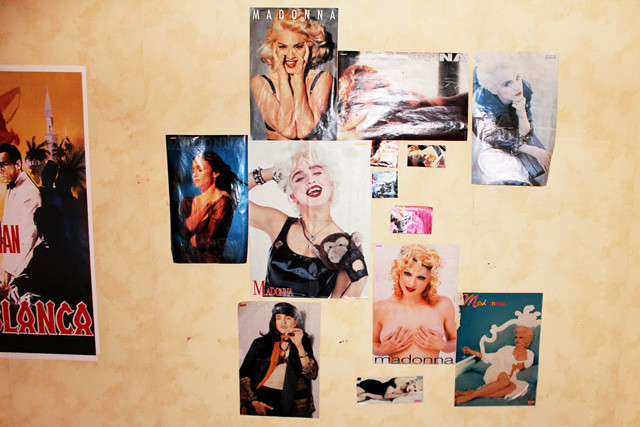 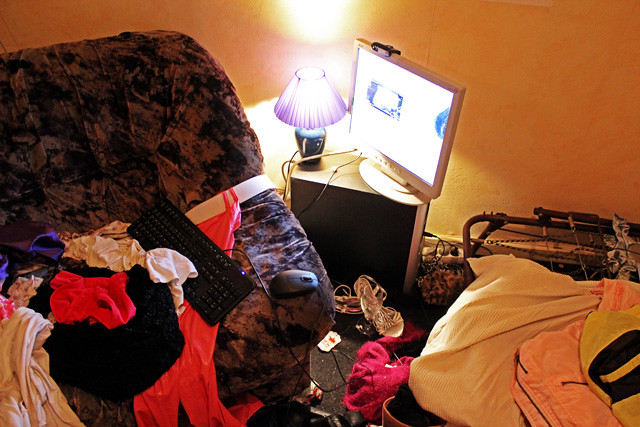 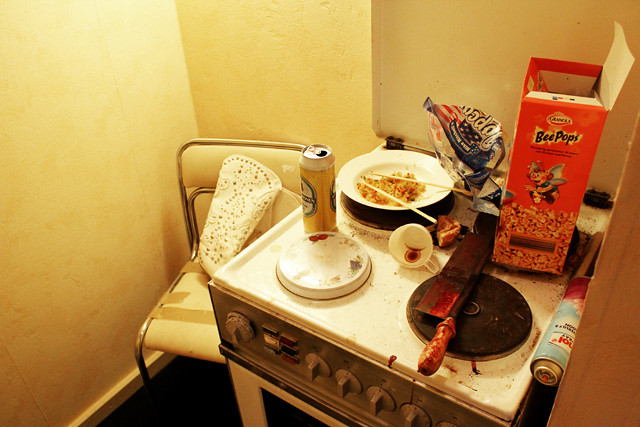 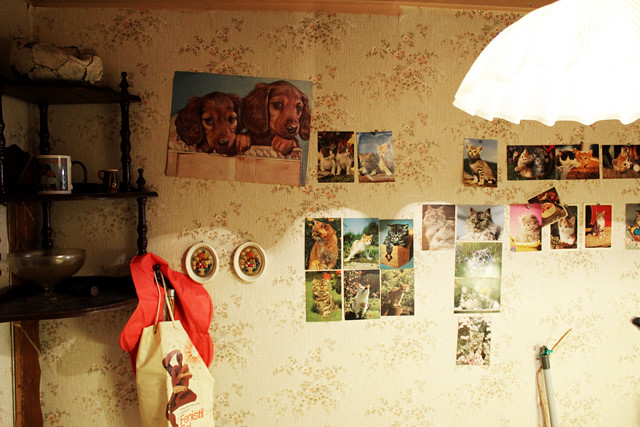 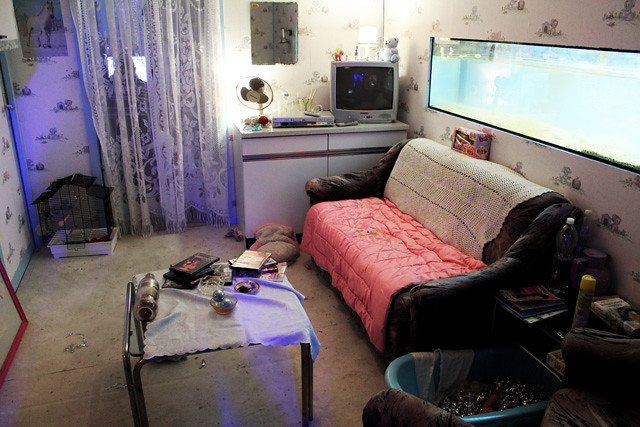 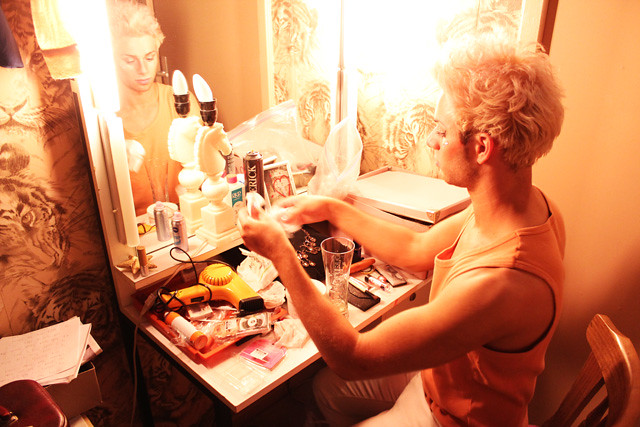 All pictures below from Schaubühne Facebookpage: