The Different Stages of the Berlin Club Queues 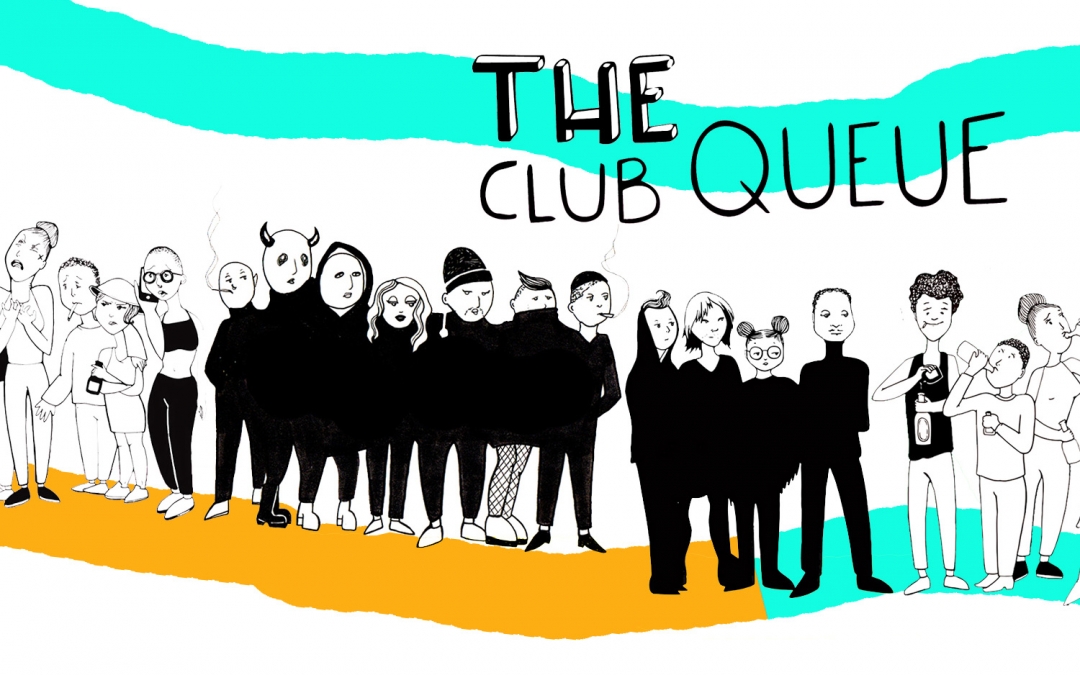 Berlin’s nightlife and club culture have been a driving force for many young people coming to Berlin hungry for new experiences. There is so much history and intrigue about it, it’s like it has developed its own myths and stories, some of which we captured in the chapter “Party Like A Berliner” in our new book Like A Berliner that we published in collaboration with illustrator Sophia Halamoda. One of the comics from this chapter is dedicated to the different stages that you live through while waiting in the club queue. Of course, if you wait in front of a club for several hours you have way too much time to think, so some very interesting emotional states will kick in ranging from anticipation, joy, doubt, struggle, panic and of course dread when you realize you might get bounced and waited for nothing. We deciphered these stages for you and want to show you 10 of them.

The Club Queue comic is also available as a poster (70x50cm) at Hallesches Haus and Urban Spree, as well as in our webshop.

You just arrived at the queue and are still full of hopes and anticipation for the night that awaits you inside the club. But the sight of the long queue is very intimidating and some of your friends might need some convincing to actually stay. But of course, no matter how slowly the queue is moving: you will stay no matter what! 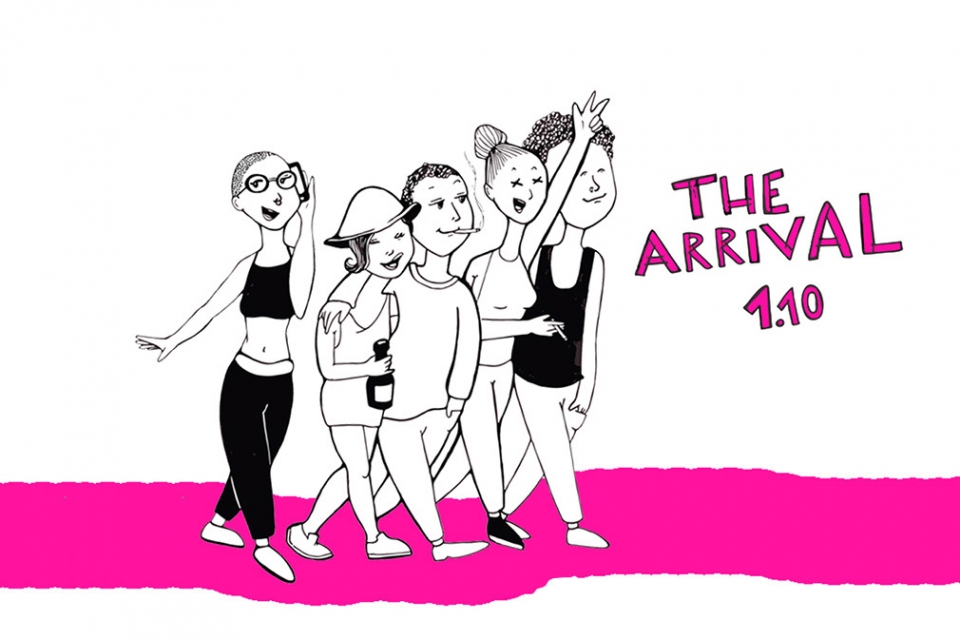 2. Reaching the Point of No Return

You’ve waited now over half an hour, you hardly moved, but you know: It’s been too long now to give up. You have to keep waiting or all was for nothing… 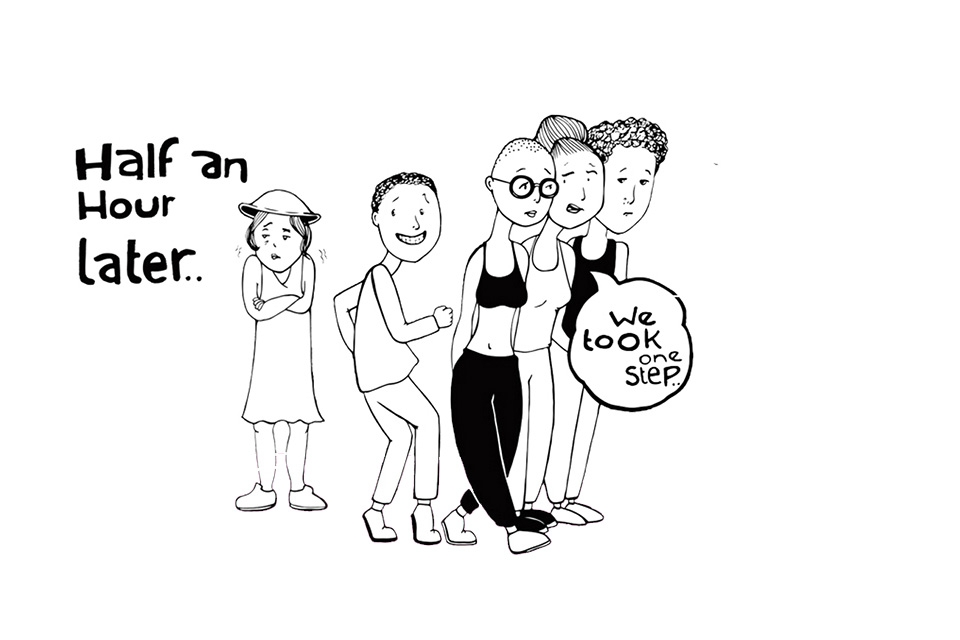 Now that you decided to stay until the end you will have to actively keep the mood positive. There are many things you can do at this point: Check the queue for people you know, take some orders for a Späti run, come up with silly games, make friends with your neighbors in the queue. But for sure you have to deal with all the mood drops in the group. 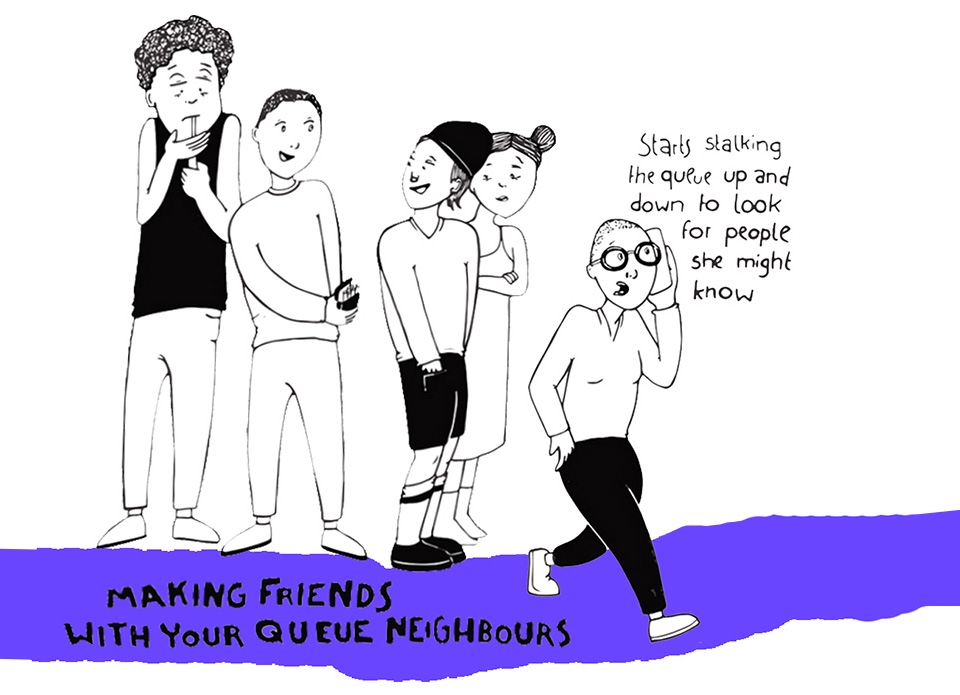 4. Having A Good Time

You made some new friends, your Späti orders have arrived, the queue is moving forward. You are in a good spirit, you can get a little drunk, but not too much, you’re having fun – but it’s also starting to get a bit desperate… 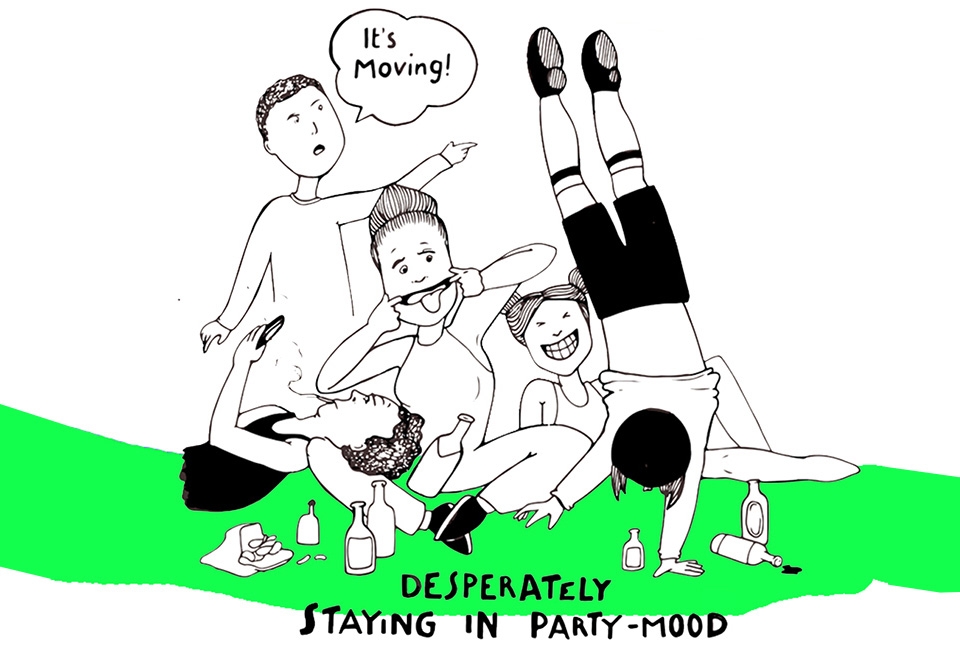 From now on, all becomes much harder: You’ve made the bad choice to start talking about politics and realize you don’t really like your queue neighbors anymore. You run out of topics to talk about and out of ideas for silly games. Exhaustion sets in. You’re beginning to have second thoughts. Should you go home? 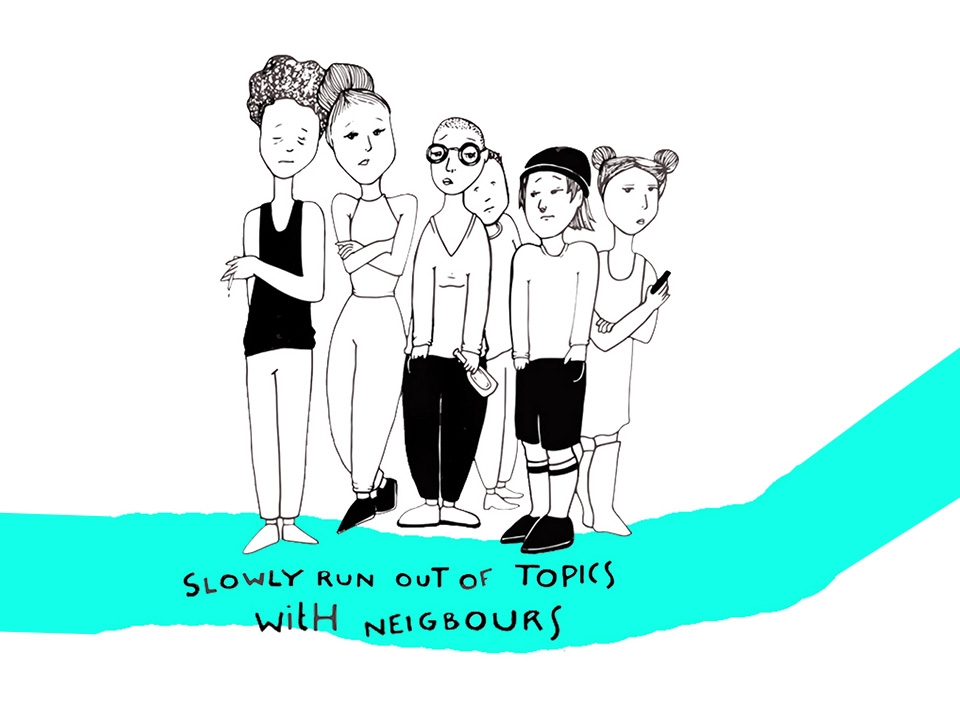 You’re coming closer and you know it’s getting serious: The preparation mode is on: Drink up your last beers, look up who is actually playing tonight, watch out to keep the line skippers off your back, divide the group into smaller groups. Just be ready! 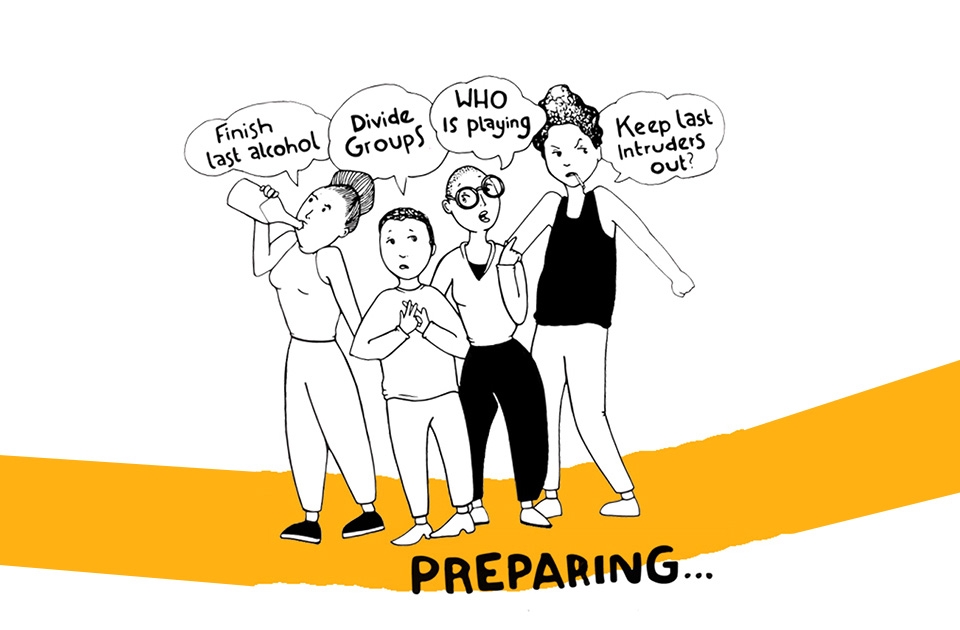 You’ve almost at the door. The bouncers can see you by now. This means: no more talking! You don’t want to give them any clues about if you belong there or not. Now is the time to act cool and blend in with the cool crowd. Don’t call the attention to you by any means! 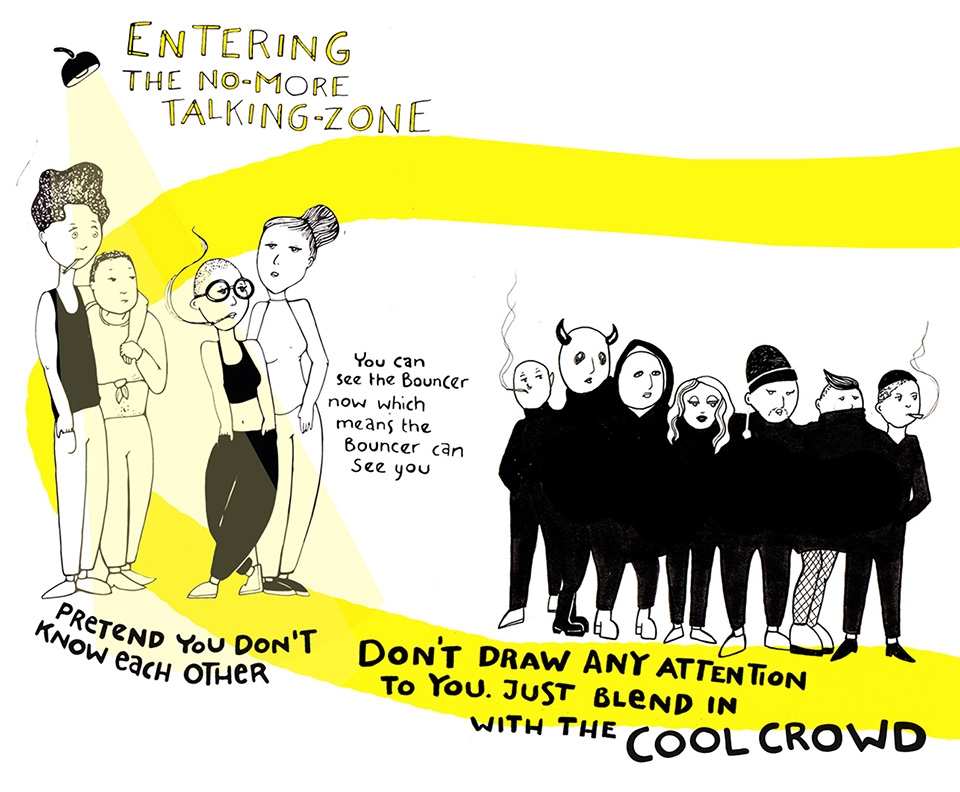 It’s ride or die, bitches! You’re at the door. Be ready for the question of all questions: “Wieviele seid ihr?” Of course, you did not come in a big group because everyone knows big groups don’t get in. So you need to ignore your friends behind you and appear alone or “zu zweit”. 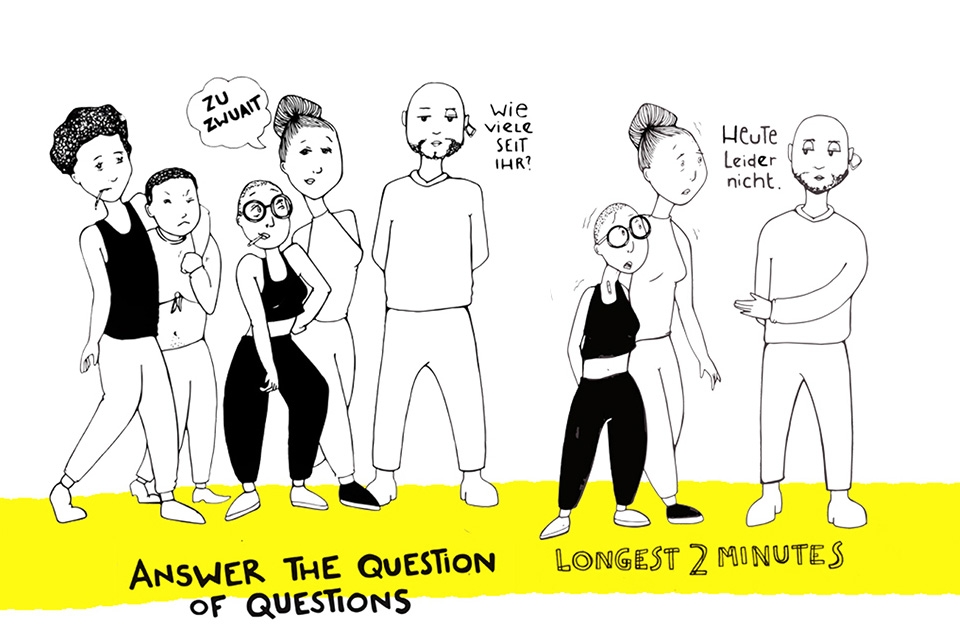 Be ready to get separated from your group if either you or your friends get bounced and the others get in. It’s a tough moment. And you will certainly be in shock if it happens. But make sure to quickly move out of the way to save yourself the humiliation of getting asked to move away from the door by the bouncer. It’s basically like getting bounced twice if that happens… 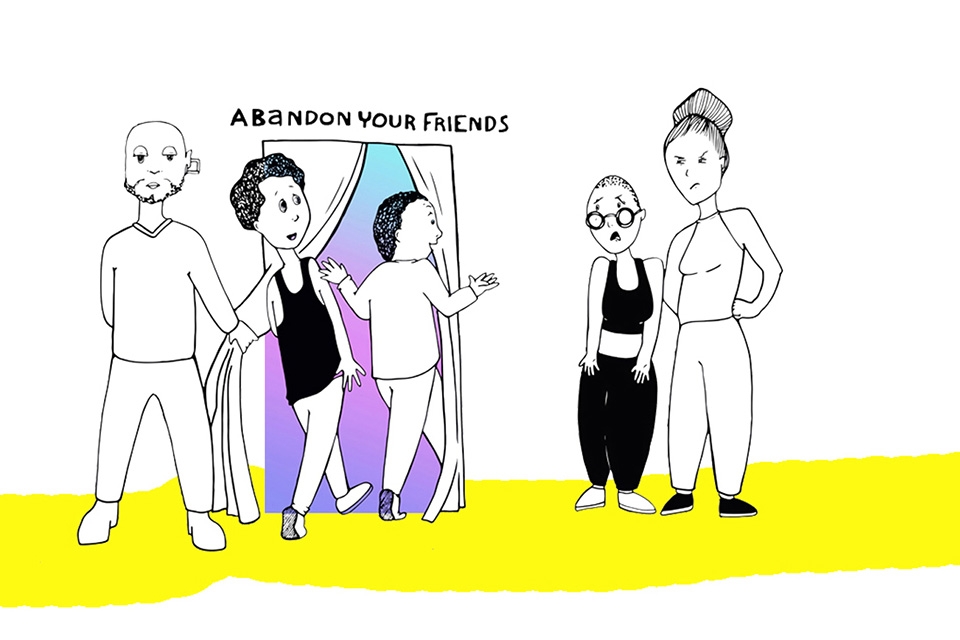 No matter what happens at the end of the queue, you should always try to make the best of it. Maybe you missed out on a great party, but maybe it would have been just an average one and you would have regretted it the moment you came inside. You never know, but you can still always reward yourself with a night snack! 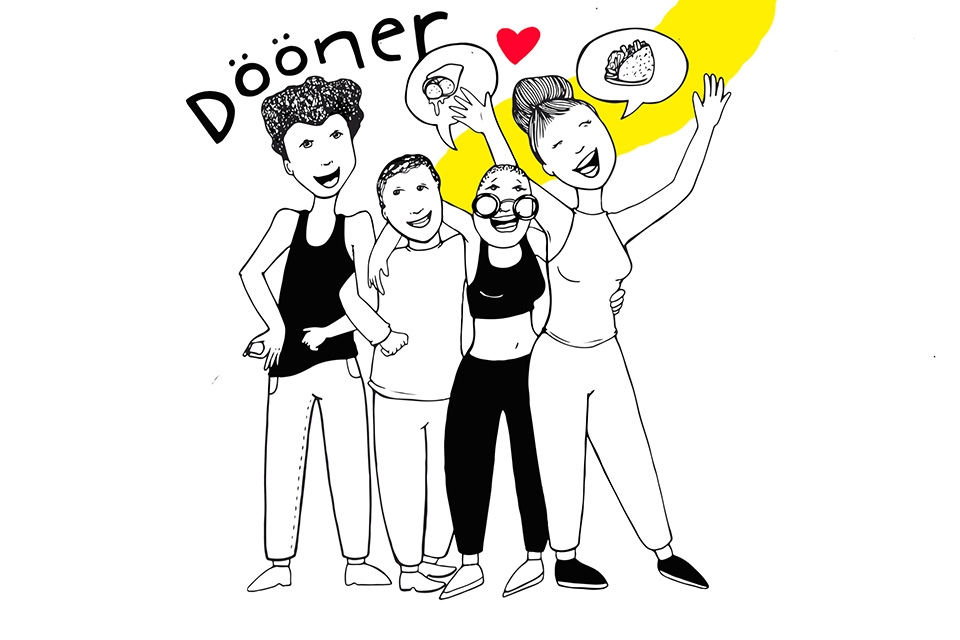 Here’s an overview of the entire club queue comic. Click to open a bigger version: 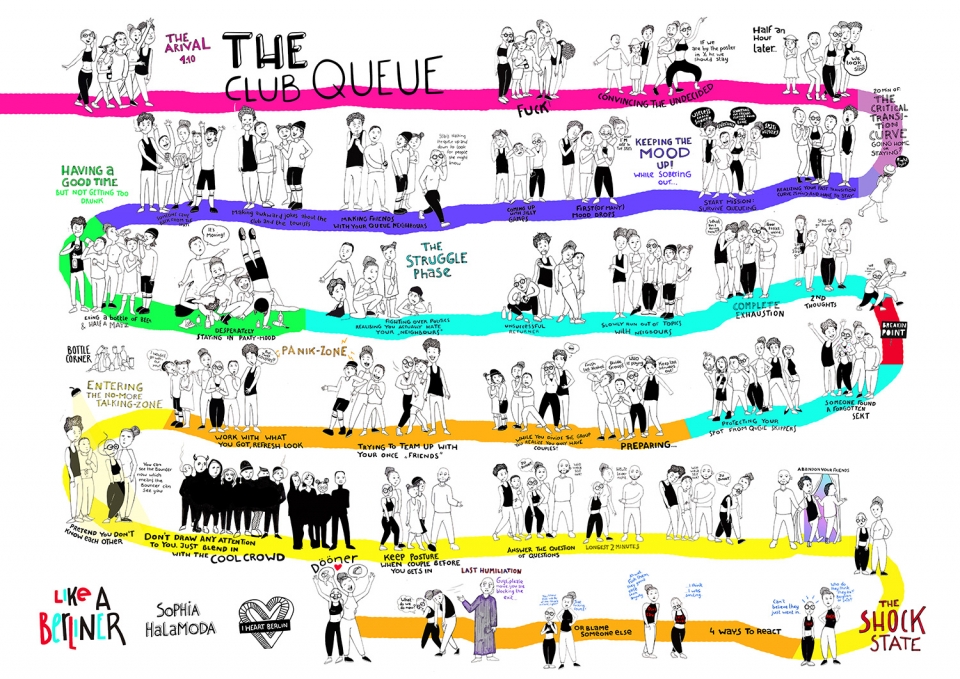