A Guide to Italian Lifestyle in Berlin

The best thing about Berlin is, how it consists of cultural pieces from every part of the world. Some further some closer. Italian culture is most definitely one of the most established ones here. Our friends from  Berlino Magazine, a Blog run by – and written for Italians in Berlin, decided to create an event that lets you enjoy the wonders of italian cuisine and culture for 72 hours, which is called True Italian and it happens this week Wednesday bringing you all these Italian goodies to your tastebuds. We got inspired by this and thought it is about time, we created a guide to true Italian lifestyle in Berlin just for you.

There is so much more to it than Pizza and Pasta (don’t get us wrong, they will always be our best friends). Find your way into art, music, food and fashion from Italy in Berlin.

END_OF_DOCUMENT_TOKEN_TO_BE_REPLACED

Scientists say, breakfast is the most important meal of the day. We don’t really care, if that is true, because we basically love to eat all day long. What we do care about, is our health and of course a great breakfast or lunch, that saves us after a long night of dancing and the occasional drink. Since we feel like we might not be the only ones feeling like this, we have collected some of the most exciting places that serve you extra-healthy breakfast and lunch.

END_OF_DOCUMENT_TOKEN_TO_BE_REPLACED

Street food can mean many different things. From Jamaican Barbecue, freshly roasted coffee to homemade ice-pops, everything is possible. Street food is part of Berlins dynamic though relaxed lifestyle. In this city you are always on the run from one place to another. Still, Germans care about what they consume, so going for cheap take-away everyday isn’t an option for most. Luckily there aren’t only big street food markets for established bbq pros, but also a lot of smaller, less known culinary projects. Small food trucks (or bikes) and pop-up kitchens by friends and family driven by a passion for food make our stomachs happy, so we have collected some of our favorite ones for you here.

END_OF_DOCUMENT_TOKEN_TO_BE_REPLACED

Originally from New York’s queer scene, Voguing is inspired by fashion runways. Exaggerated movements are being turned into fierce, strong, overacted self-presentations. The participants of the scene divide themselves into different “houses”, which are more of a family substitute than just a dance crew.

END_OF_DOCUMENT_TOKEN_TO_BE_REPLACED

The “Berliner Schnauze” is not a term by accident. Berliners are well known all over Germany for their rough tone, their unique way of expressing their anger, antipathy and impatience. In all this verbal roughness, there is also a very honest authenticity and directness that most people come to appreciate really quick. If a Berliner tells you something nice, you can be sure that it is not out of politeness, but a true compliment.

END_OF_DOCUMENT_TOKEN_TO_BE_REPLACED

How to Deal with your FOMO in Berlin

It is common knowledge that our generation of digital native, commitment-phobic cellphone-addicts has developed some fun, new and exciting neuroses. One of them being described as FOMO – the Fear of Missing Out.

Missing out on what? You don’t even have to be a social media addict to know this fear, but if you are, it might be even worse. You will check your Instagram, Facebook and Snapchat so frequently that it sometimes feels like there is something amazing happening all. the. time. But there is one important thing you have to learn in Berlin as soon as possible: deal with your FOMO.

END_OF_DOCUMENT_TOKEN_TO_BE_REPLACED

The Doors of Berlin

Being superficial isn’t normally something to be proud of. Walking the streets of Berlin, it can make sense though, since the architectural surfaces of the urban space can be fascinating. Even the most banal things can be inspiring and beautiful, if seen from the right perspective. Someone, who has an eye for beautiful details is photographer Stas. Under this nickname, he shares his pictures of Berlin. We are especially fond of his series of doors of Berlin, because you never know, what awaits you behind them. Those ugly and pretty doors also tell a lot about the history of the city, about long gone trends in architecture, design and art. Have a look!

END_OF_DOCUMENT_TOKEN_TO_BE_REPLACED 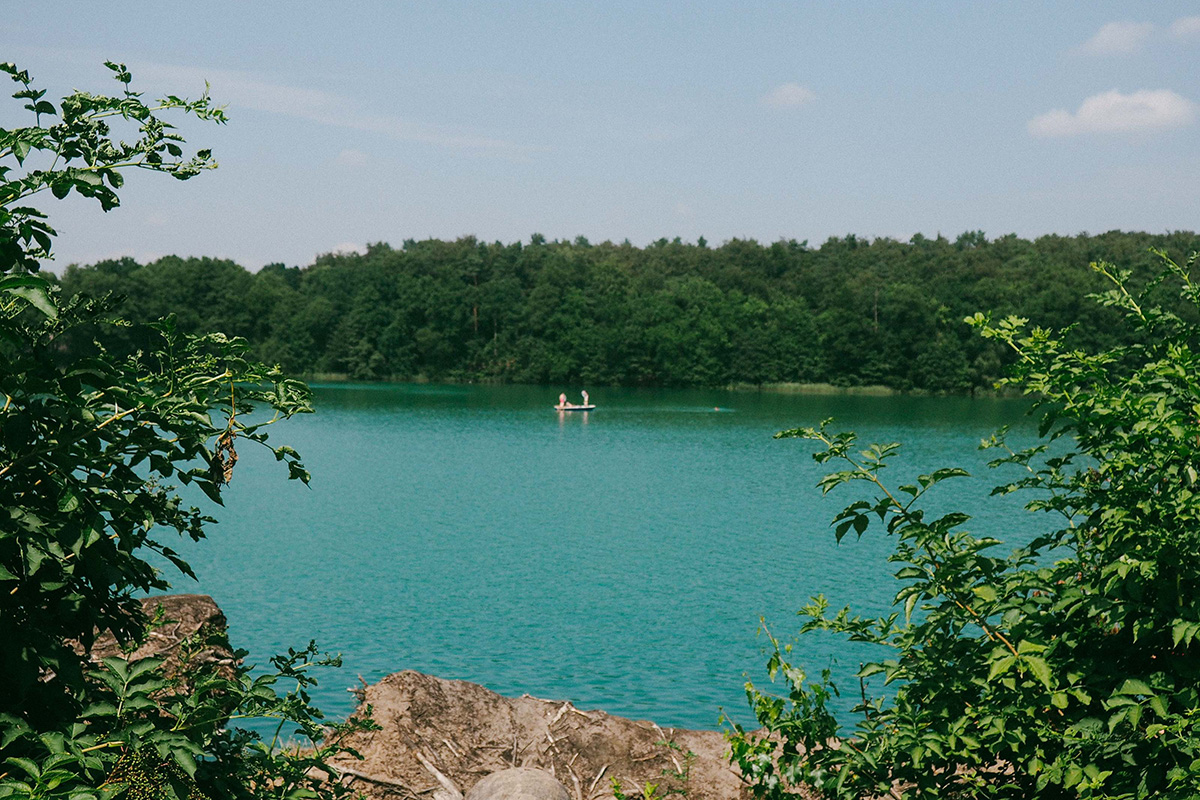 The Most Awesome Lake of Berlin: Liepnitzsee

Don’t get me wrong, there is nothing more beautiful than summer in Berlin, but when crowded places get even busier and riding the subway becomes a sweaty nightmare, it’s amazing to escape the chaos for a moment or two.

Sometimes it’s just very healthy for body, mind and soul to get out of the fast pace and the heat. What nicer place could there be than Liepnitzsee with it’s clear, turquoise water and the tiny beaches? This lake is not as easy to reach as Wannsee, or Schlachtensee, but trust me, it is worth the ride. Depending on where you start your trip, you will reach the lake in about an hour, going to the far north of Berlin and entering Brandenburg. And you will actually feel like you are entering a different tiny universe, since round Liepnitzsee time seems to stand still. Even on the hottest summerdays, the lake isn’t very crowded.

END_OF_DOCUMENT_TOKEN_TO_BE_REPLACED

Falling in Love with a Hedonist

Trying to perfect the art of dating in Berlin, I’ve met different, recurring types of men and fell for them over and over again. One of them being the hedonist. You might have come across this beautiful creature as well. What makes him special is his way of not just being a stranger until your paths cross, but instead staying one until after you have had an intense encounter. Soaked up by the colors, lights, the music and parties, influenced by drugs and a never ending fear of missing out, he is feeling driven, always feeling the urge to experience more, more more. The hedonist came to Berlin to indulge life, to consume it. For him you will never be enough. Not because you are insufficient, or because he doesn’t care enough about you, but simply, because he wants so much, he wants it all. All the feelings, the euphoria of the first touch, the pain of hurting each other, the violence, the intense sex, the heartbreak and the comfort. By never giving you everything or entirely opening up, he will always leave you wanting more, giving you an inside into his emotional distress.