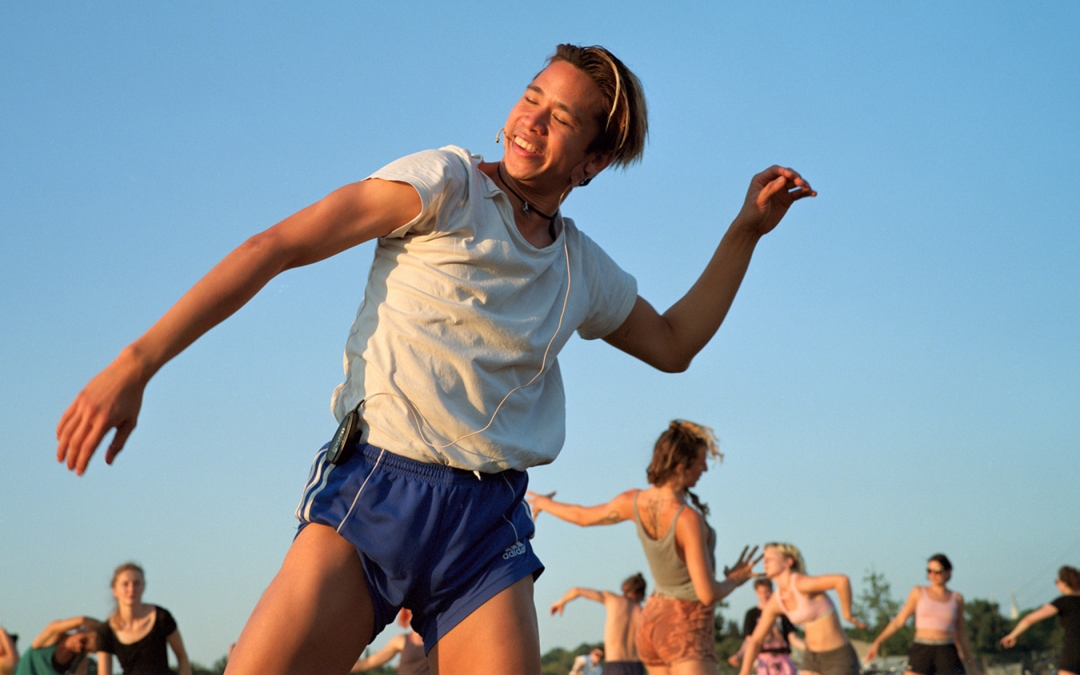 Finally, Berlin is getting its open-air dance floors back this weekend. Yet there was one particular dance movement that brought people together with electronic music even during the lockdown. If you haven’t heard about it yet, it’s really time you find out about Dose of Pleasure, because once you tried it you will be addicted to it. I promise.

Basically, Dose of Pleasure is a collective dance meditation that starts usually quite softly, gets energetic with time, and lets you groove to electronic music in a completely different way than you would do in a “normal” night out in a club. The method behind the movement of Dose of Pleasure was created in March 2020, when the first lockdown hit Berlin and the world. Based on his experience with the Berlin night live, the dance teacher Alvin Collantes created a way to move with yourself and get deep into the groove.

Last summer, the movement had regular raves happening in different locations all over town. This Saturday 19th there will be the first public dance demonstration again happening at Tempelhofer Feld. You can find more about the event and the schedule over here.

END_OF_DOCUMENT_TOKEN_TO_BE_REPLACED

Berlin is undoubtedly a hedonistic city. It’s known for its wild sex clubs, indulgent late-night food culture, excessive drinking, and the legalization of sex work. Despite this sinful reputation, sex workers in Berlin still face much of the same stigma they encounter elsewhere. Berlin Strippers Collective (BSC) is an organization of strippers living in Berlin, working to tell their stories through art and events, while always advocating and fighting for their ultimate goal: decriminalization. END_OF_DOCUMENT_TOKEN_TO_BE_REPLACED 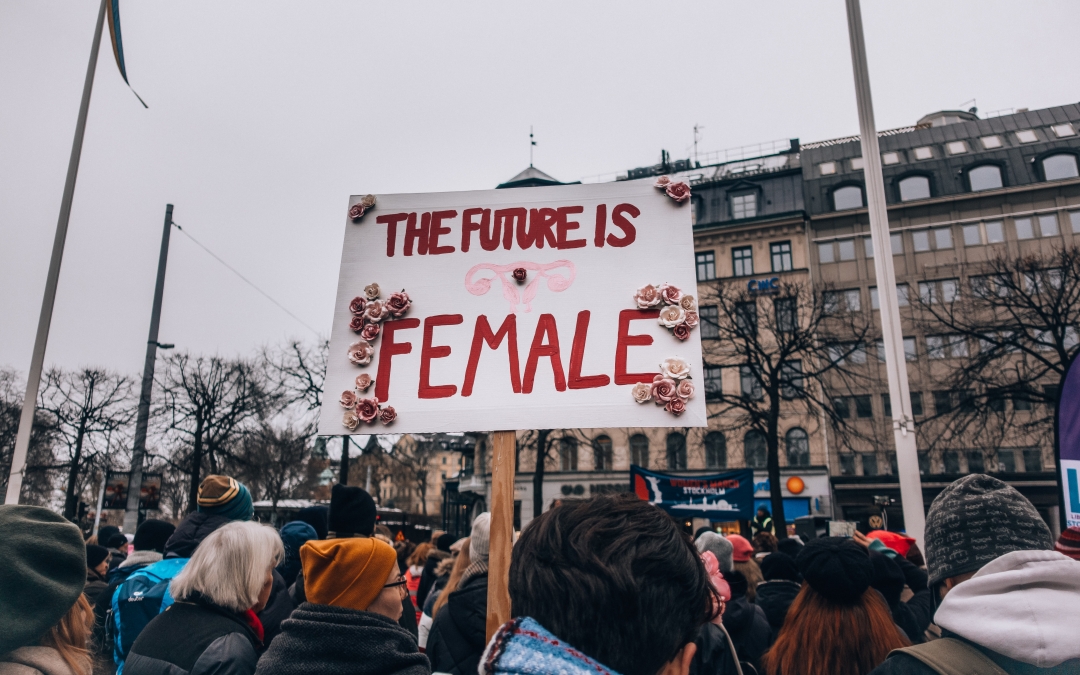 Growing up, the meaning of March 8th has changed a lot for me over the years. When I was younger, Women’s Day was simply when my father would bring home flowers for my mother, myself and my sister, a Soviet tradition my parents had brought with them from Kazakhstan.

Later as a teen, it was to feel a sense of sisterhood as I texted my best girlfriends  “Happy Women’s Day!” and exchanged with them words of encouragement after yet another day of navigating high school sexism from boys in our class.

Now today as an adult, March 8th reminds me to take a moment to reflect on women’s issues I care about, whether personal or systemic, while also celebrating myself and the women around me.

END_OF_DOCUMENT_TOKEN_TO_BE_REPLACED 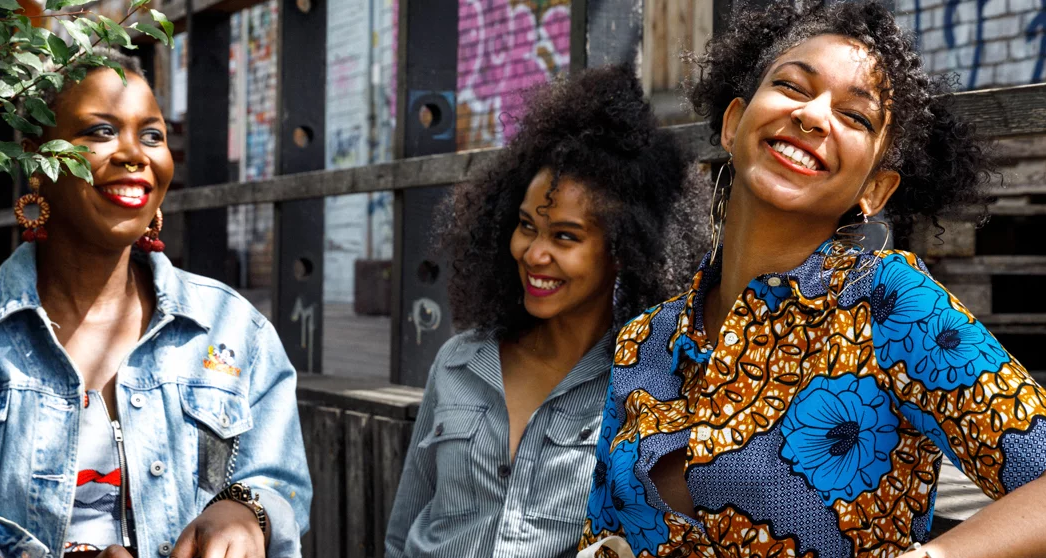 Celebrating and empowering Black communities should not just be limited to Black History month, but this is a good time for us to reflect on how we as individuals can help dismantle institutionalized racism in the spaces we occupy.

To keep the conversations surrounding the Black Lives Matter movement from 2020 alive, it’s important to continue to do our part in uplifting BIPOC communities going forward. One way you can do so from your own home is by supporting Black-owned businesses and donating to community organizations. Needless to say, any contribution is particularly valuable during these times due to the negative financial impact of the ongoing pandemic.

To get you started, here is our curated list of Black-owned shops, restaurants, and organizations for you to get to know. Make a donation, share their pages on your social networks, enjoy a delicious takeaway meal or find your next favorite clothing item from our guide below.

END_OF_DOCUMENT_TOKEN_TO_BE_REPLACED

They’re Queer and They’re Here: 185 German Actors* Coming Out Together

Even though queer people are an integral part of the performing arts all around the world, their careers are in danger when it comes to coming out and they are advised to stay in the closet to keep their roles. We now embrace a new revolutionary move from 185 actors and actresses in Germany, who collectively came out as gay, lesbian, transgender, bisexual, queer, or nonbinary with their #actout Manifesto.

185 cultural workers came out in the SZ-Magazin to create a revolution. They want to fight against stereotyping, discrimination, and hiding. Even in today’s Germany, where being queer is widely tolerated, granted protection, and civil rights, certain groups still feel hesitant to come out for various reasons. As Markus Ulrich, the spokesman for the Lesbian and Gay Association in Germany (LSVD) reports, homosexual actors are often not trusted to play heterosexual roles authentically. The idea is that a heterosexual actor can pull up a queer character if he is feminine enough or she is butch enough, obeying anticipated stereotypical portrayals of LGBTQ+ people. But a queer person can only act in queer roles. Ulrike Folkers, known for her role in Tatort Ludwigshafen reports, “I was cast for a mother role, but when the director found out that I was a lesbian, she turned me down. That’s discrimination. Of course, I can play a mother.” She asks “How does it feel when you can’t show yourself off on the red carpet with the woman you love? What roles does a non-binary person dream of? And how does the television, film, and theater industry have to change?”.

END_OF_DOCUMENT_TOKEN_TO_BE_REPLACED 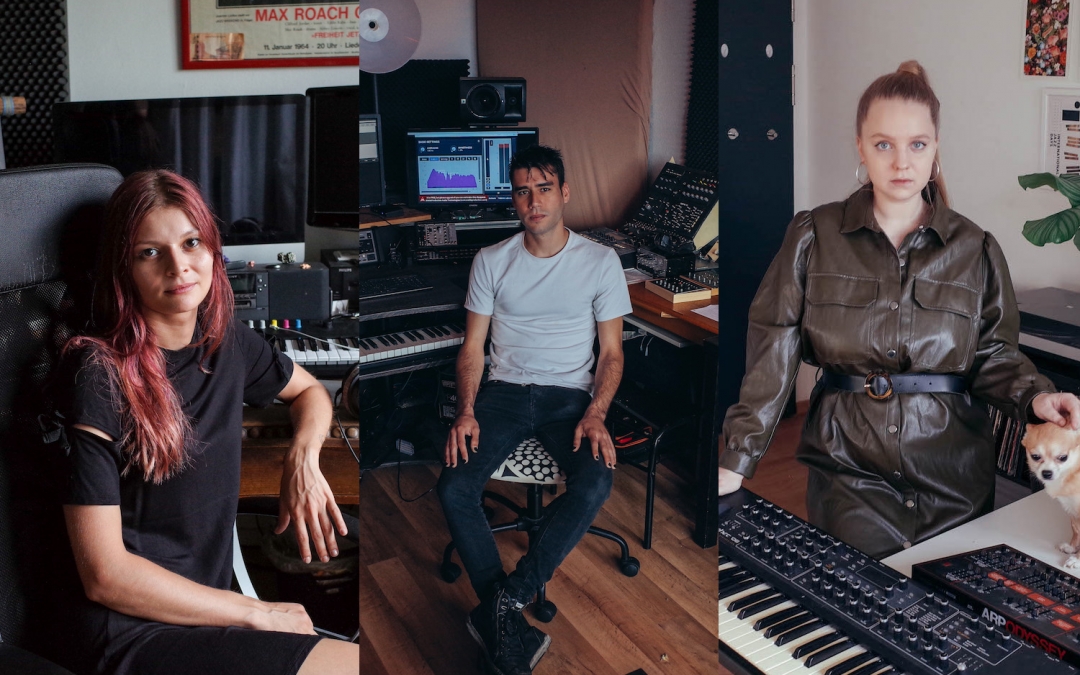 Stop the Music: How the Nightlife Makers of Berlin Are Dealing with the Pandemic

Berlin’s nightlife and music scene are holding their breath. And they have been doing this now for close to a year. What is usually the number one reason for people to come to Berlin from all over the world is now in a strange limbo the city has never seen before. Clubs and bars are closed – or at best turned into Covid test centers – stages are empty and all the people who normally come to these places to dance and celebrate are most likely at home – hopefully not alone.

These are unusual times, we have to completely rethink so many things. But while party kids and concert-goers will just find other ways to spend their time, it’s quite a different story for those people behind the scenes and on the DJ decks and stages of Berlin’s nightlife. They are all facing an uncertain future, many are out of work or have to start completely different careers to make a living, some even had to leave the city going back to their home countries. It’s a tragedy to think that those who build up Berlin’s reputation of having one of the most thriving and influential nightlife and music scenes are left with practically nothing during this pandemic.

END_OF_DOCUMENT_TOKEN_TO_BE_REPLACED 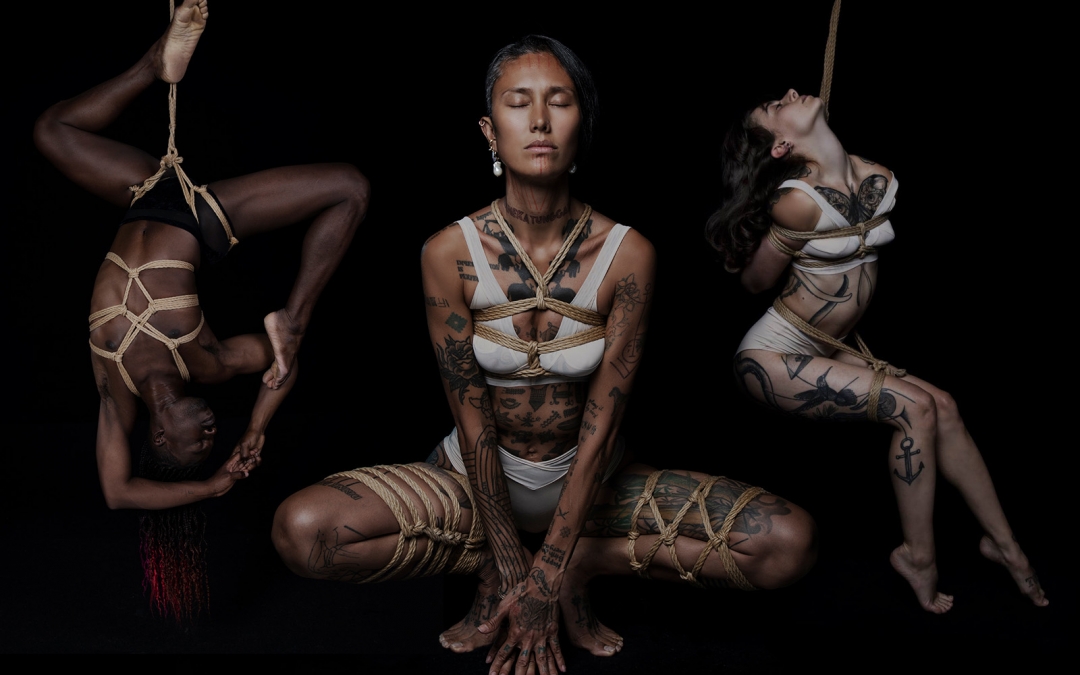 Kinky Creativity: Learn the Art of Shibari Bondage in Berlin

Berlin is known for a lot of different things: the history and the wall, Berghain and techno, döner and currywurst, just to name a few. But two elements central to the culture in the capital are sex and art. These two intriguing aspects of life in Berlin perfectly unite in Shibari, a type of Japanese bondage that focuses on the aesthetics of the bound body. Although we’re in the middle of a pandemic and sex clubs and museums are closed, Shibari is a great way to satisfy your craving for something both kinky and creative. There are a number of organizations and instructors still offering workshops and courses about the art of Shibari during the pandemic.

END_OF_DOCUMENT_TOKEN_TO_BE_REPLACED 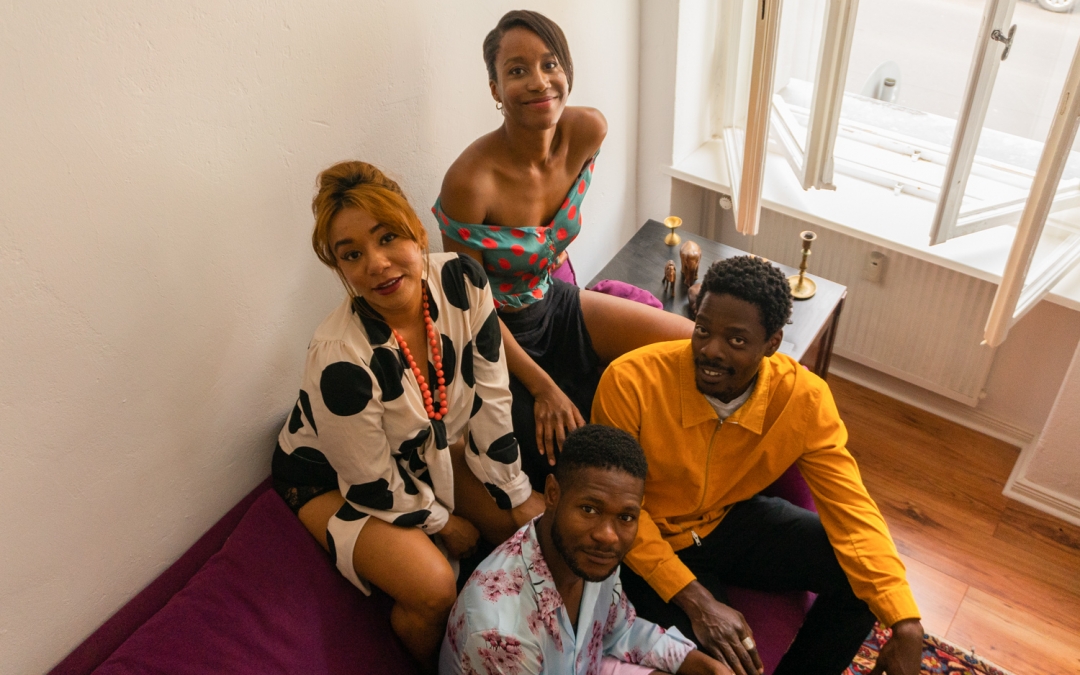 In 2020 –– despite all its setbacks –– the Black Lives Matter Movement and its fight for justice and equality for BIPOC* has gained new momentum, not only in the US but in Europe as well. Yet, while education and awareness around colonial crimes, racism, and xenophobia are a global affair, change begins right in front of our doorstep.

So –– do black lives matter in Berlin? Do black/brown people, and any other marginalized group in Berlin –– no matter its identity, sex, or ethnic background –– get the representation, recognition, and protection they deserve? In a post-Hanau Germany, our eyes need to be wide-open to the realities of racism today, and the rise of new fascism presenting itself as an electable “Alternative”. In recent polls the “AfD” passed 10 percent even in Berlin; that is Europe’s self-proclaimed capital of freedom and excess.