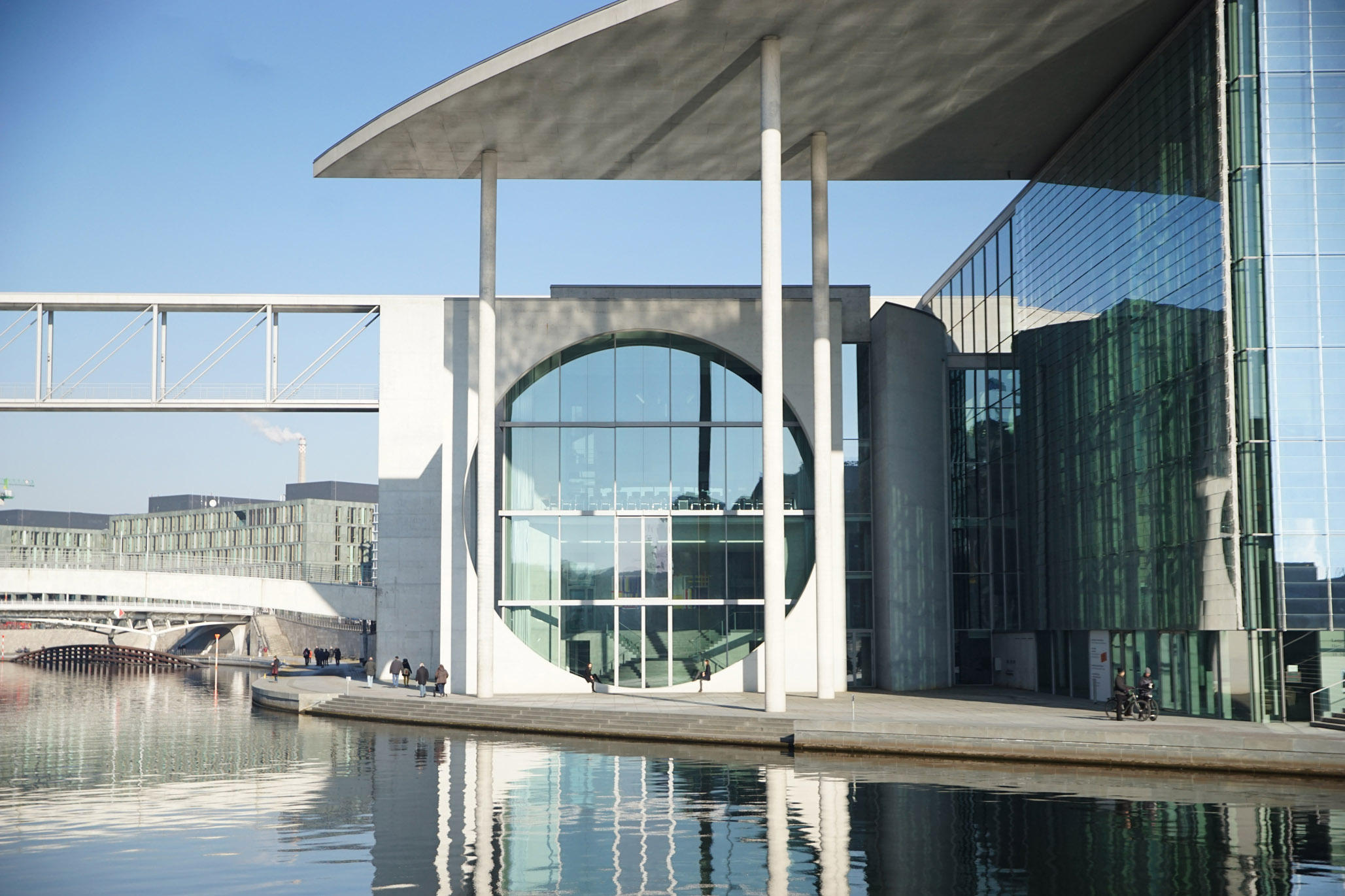 The Government District of Berlin

Located on the bend of the River Spree, right in the middle of the heart of Berlin lies the Regierungsviertel, or Government District. Welcoming not only the Reichstag, the building complex consists of three parts: the Bundestag office, the Marie Elisabeth Lüders House and the Paul Löbe House, with the Federal Chancellery as the most striking building of the “Band des Bundes“(literally, the Band of the Federation), a metallic ribbon which was specifically conceptualize to cover and unify the former east and west sides of the city, in a true symbolic gesture that stands for democracy. END_OF_DOCUMENT_TOKEN_TO_BE_REPLACED 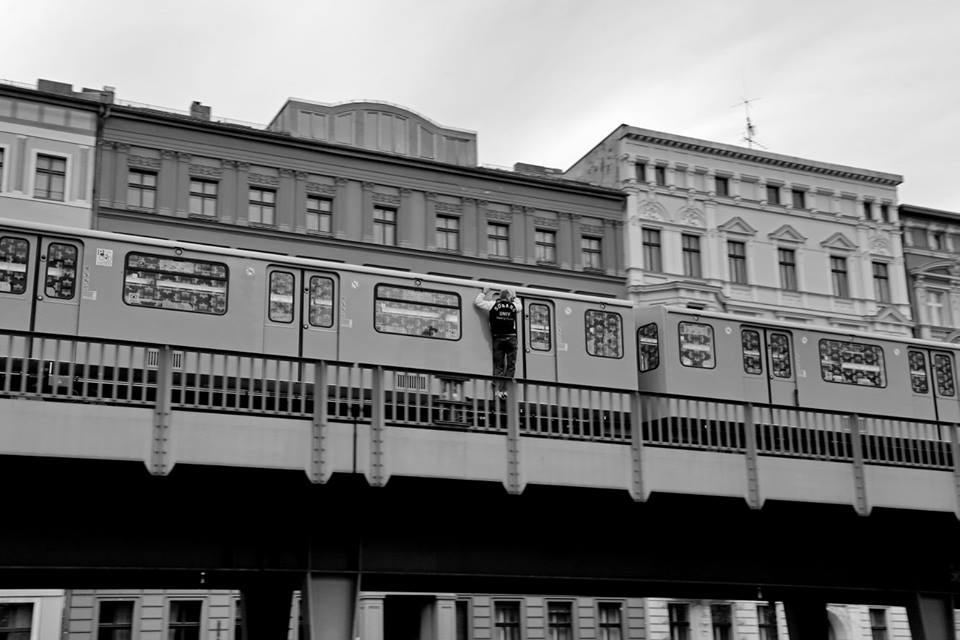 We all know that Berlin is a beautiful, but at the same time dangerous city that truly inspires one to break the rules. It’s hard to find a more fitting example of this phenomenon than Berlin Kids, the daring graffiti creators who audaciously climb buildings in areas that we’re used to experience only from below.

We’re usually only left with the various sprayer works placed around town to account for their bold ventures, but on February the 8th, the Berlin-based filmmaker and author Good Guy Boris is going to shed some light on the circumstances under which those urban creations are being produced. Watch the trailer for the film and see some stills from the movie after the jump.

END_OF_DOCUMENT_TOKEN_TO_BE_REPLACED 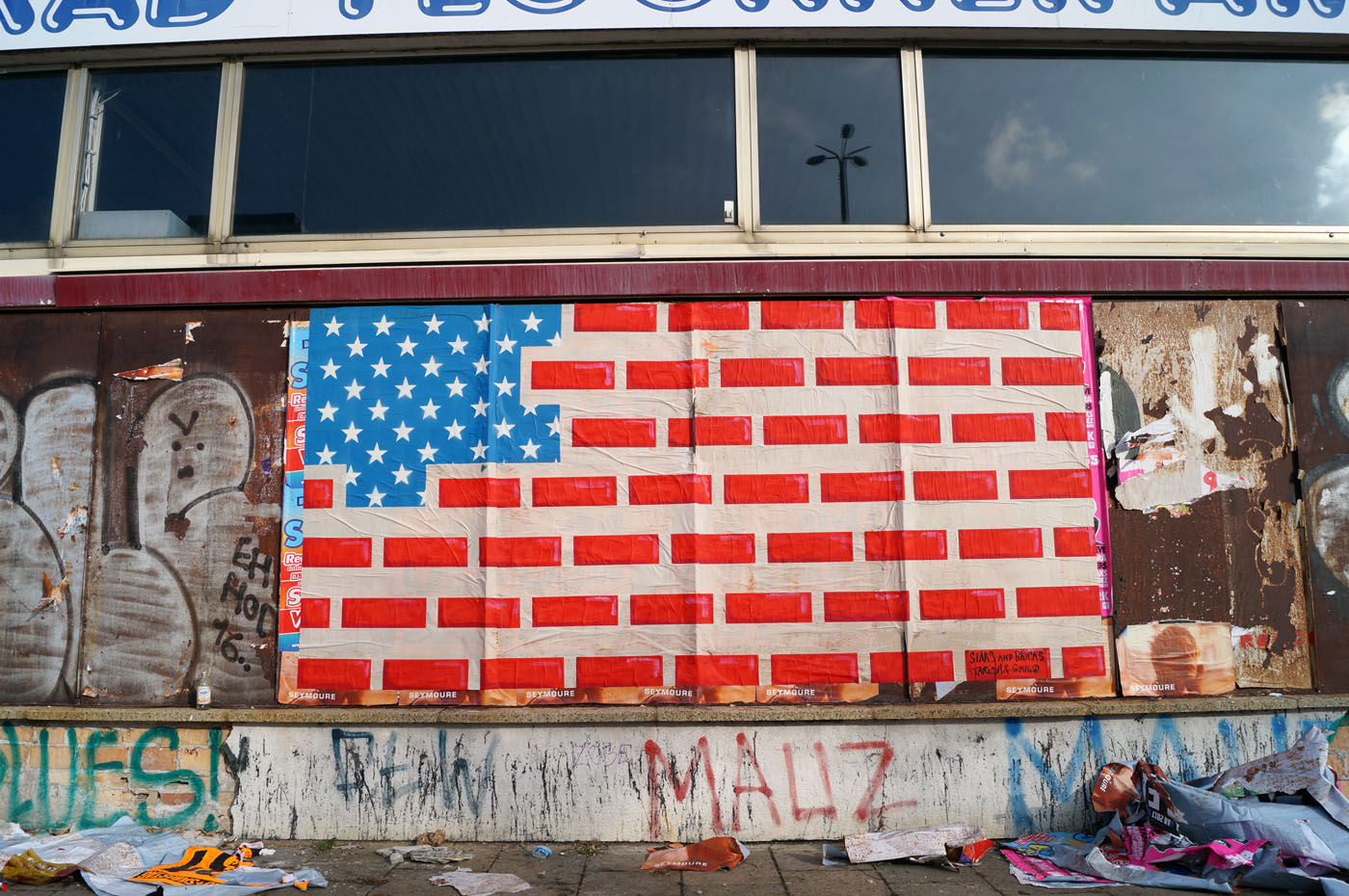 An Urban Art reinterpretation of the American Flag in Berlin

Unfortunately, not a day goes by without coming across a number of new articles, comments and memes about Trump. Quite rightly the shock about the new president and the new congress is still great. Thus, not only celebrities and big firms speak openly against the attacks on human dignity. At the Women’s March on Washington on January 21st 2017, thousands of people protested on the streets for the protection of women’s and human rights. Not only in Washington, but also worldwide in various cities and countries millions of people expressed their outrage about current politics, but moreover their readiness to protect each other. END_OF_DOCUMENT_TOKEN_TO_BE_REPLACED

Migration is pretty much a hot topic these days, but for the most part we only look at it from one side: The immigrants and what effect they might have on the places they migrate to. But what I find way more interesting and important to know is how migration actually feels like for the people that have to do it. In the end every single migration has a story attached to it that needs to be told, and be heard.

This video collected some migration stories from the makers and performers of the annual ID Festival that is going to take place this weekend for the second time at Radialsysteme V. The theme of this year is migration, so it made a lot of sense to ask all the people involved what their personal association with this term is. The result is a beautiful collection of personal anecdotes and statements that bring us closer to understanding the emotional weight of migration.

END_OF_DOCUMENT_TOKEN_TO_BE_REPLACED

On Tour with the Priceless Berlin Bus

We know them all, those numerous tourist buses, that drive from Unter den Linden through Berlin’s most important attractions, all the way to the shopping street Kurfürstendamm, where most of the tours end. They are very practical, especially when one wants to enjoy Berlin’s most important sights all at once. The Brandenburg Gate, the Berlin Victory Column, the Bellevue Palace, the Kaiser Wilhelm Memorial Church are only some of the sights you should definitely see while visiting Berlin.

Since last week and until October 11th there is a new bus under way driving along the aforementioned route and beyond, but all in black it seems rather mysterious. It is the Priceless® Berlin Bus by Mastercard which goes on tour four times a day between 12 and 18h. What is special about this bus is that the tour does not only include a part of the popular route full of Berlin highlights, but also explores some quite hidden neighborhoods that only a Berlin insider would know. On this tour, therefore, one can have the deluxe version of Berlin: the well-known sights of the city in combination with the unknown parts, that actually constitute the real Berlin magic.

END_OF_DOCUMENT_TOKEN_TO_BE_REPLACED

Having studied at another culturally forgettable -yet very beautiful in the summer – German town, I always thought that the main difference between living in the capital and living in a place, where breathing large amounts of non-polluted air almost didn’t feel right, was the night life. What differentiates Berlin from other smaller cities is not just its numerous wild parties, where the right drug combination can bring you to euphoric levels of happiness despite the insufferably monotonous beats and pull you into a life crisis the next day, while wondering how you managed to look like you already had a divorce and a few heart-attacks. Luckily, Berlin is so much more than that.

The main difference lies in the possibilities awaiting when the sunlight starts to dim and the city puts on a new outfit, less fancy but always stylish; not the let’s-have-a-reunion-at-the-cemetery-kind, but in a far more original way.

Blame it on your insomnia, your constantly unsatisfied desire to explore as many as layers of this city as possible, your biological needs, or simply your Fear Of Missing Out, Berlin is here to keep you company through the sleepless nights, when doing anything other than “sleeping, because I am working tomorrow” could feel just a little bit abnormal; to be your remedy. END_OF_DOCUMENT_TOKEN_TO_BE_REPLACED

How (un)welcoming is Berlin for Expats?

As you know our beloved Berlin is a huge favorite for many people in the world to migrate to for career or leisure. In the last 5 years we had such an influx of newbies that it has changed the face and pace of the city a lot. The term “Expat” has grown into a whole lifestyle and has become an inspiring and interesting part of life in Berlin. Many of those who come and visit Berlin instantly fall in love and want to stay here. But living here is of course another thing as visiting. So how welcoming or unwelcoming is Berlin actually compared to other places in the world?

InterNations, the largest global network and information site for people who live and work abroad,  just published their annual survey about the living situation and happiness of expatriates. For that they asked more than 14,300 expatriates representing 170 nationalities and living in 195 countries or territories to rate and provide information on various aspects of expat life, as well as their gender, age, and nationality. The ratings of the individual factors were then used to draw up the favorite expat destinations, but also to rank the friendliest nations. Well, which rank do you guys think Germany took? You’ll find the interesting results after the jump…

END_OF_DOCUMENT_TOKEN_TO_BE_REPLACED

Urban Legends of Berlin: Better Internet in the U-Bahn?

We all know some urban myths: Everyone has heard about them, but no-one really knows if they are true and so rumors make rounds and are passed on. We want to take a closer look at some of Berlin’s urban legends and stories that we’ve all heard of and finally uncover the one and only truth.

So let’s begin with the mobile internet connection in the Berlin U-Bahn: Is it really true that you get a better wireless data connection the closer you’re to the front of the train? And what about free Wifi at the train stations in the near future?

We talked to the BVG and got our mystery questions answered. The whole truth after the jump…

END_OF_DOCUMENT_TOKEN_TO_BE_REPLACED

We know you’re city kids and you love Berlin for its cool districts, the freaky people, and the party next door. But how about a bit of recreation, silence and a nice trip with the family? For tourists it’s not necessarily the first meeting point, but Zehlendorf and neighboring Dahlem and Wannsee offer a lot of beautiful places that you should visit in your spare time. We created a small guide for your next trip to these charming districts – read more about it after the jump.

END_OF_DOCUMENT_TOKEN_TO_BE_REPLACED

Don’t we all love a little wisdom here and there. At least my Facebook, Twitter and Instagram streams are full of them, most of the time funny, but sometimes also inspiring.

In the spirit of their new campaign the brand new NISSAN JUKE is calling for people to share their favorite quotes on social networks. Why did a car choose this means of promotion you might wonder? It makes a lot of sense actually: The time you spend on the street driving gives you a lot of time to reflect and think and with the world passing by your sides in high speed you are likely to come across some revealing insights that make perfect life wisdoms. Check out their new #klappezu Website and use the truth generator to find some street wisdoms and clever quotes to share with the world- some of which are quite witty and funny. Enjoy!